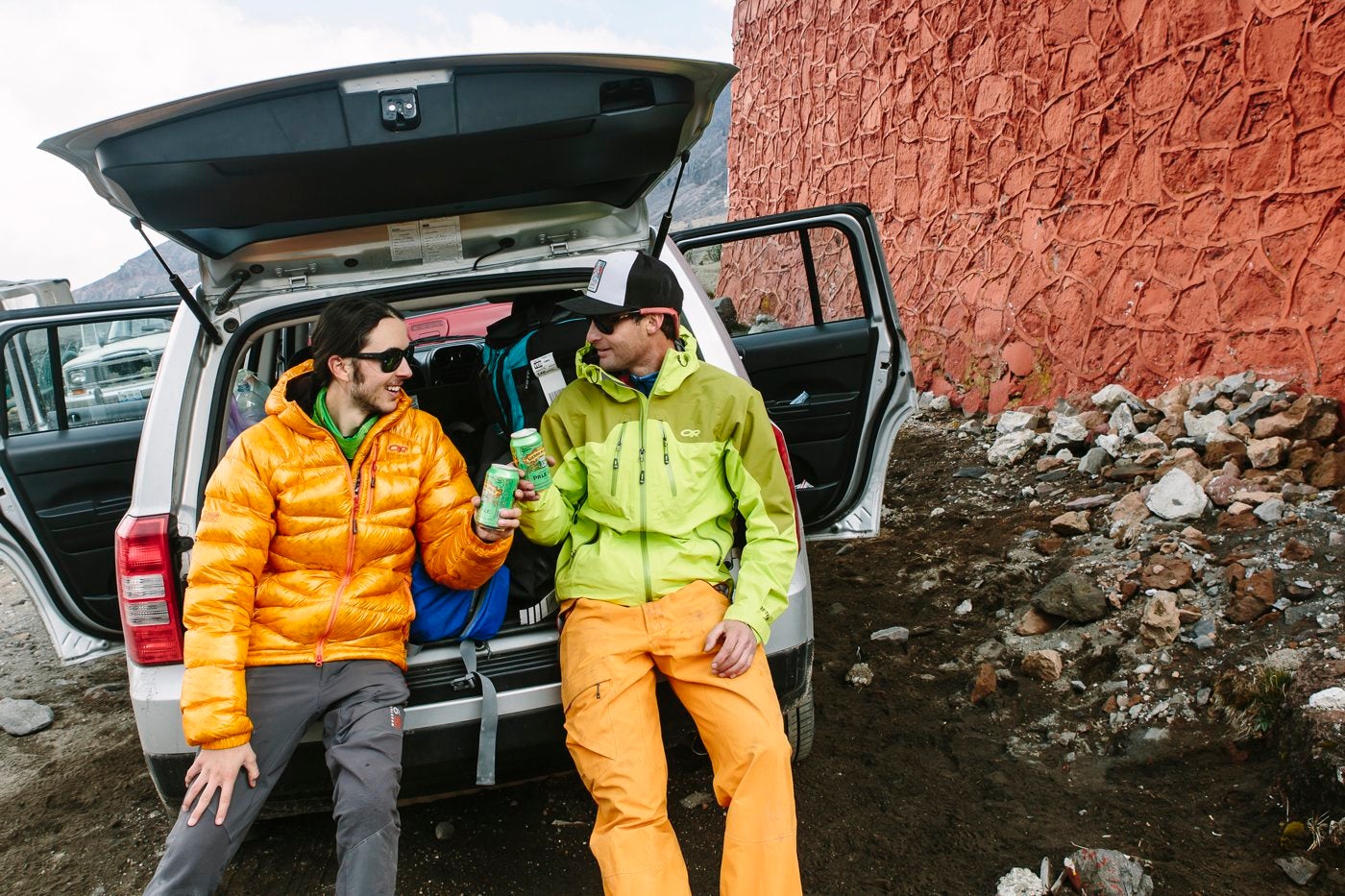 You’ve probably felt it before: That whispering longing in the back of your mind. It usually starts piping up around 8 a.m. on Monday mornings, murmuring things like, Where did the weekend go? I’m back here at my desk already? Did I really make the most of my time since the moment I powered down my computer and pushed in my chair on Friday?

For those of us nine-to-fivers who live for the outdoors, the most satisfying feeling—next to clocking out on Friday—might be the sensation of sliding back into work just in the nick of time, muscles worn from exertion, face still bright with windburn and goggle tan, jacket still faintly scented of campfire—the feeling that we drank the weekend to the absolute dregs.

“I think being a weekend warrior means you don’t accept the constraints and expectations society tries to place on you,” says filmmaker Thomas Woodson. “Work your 40 hours. Go home and work in your yard, or watch TV all day. Or bust your ass in the mountains and stay young forever? I don’t know, which sounds better to you?” 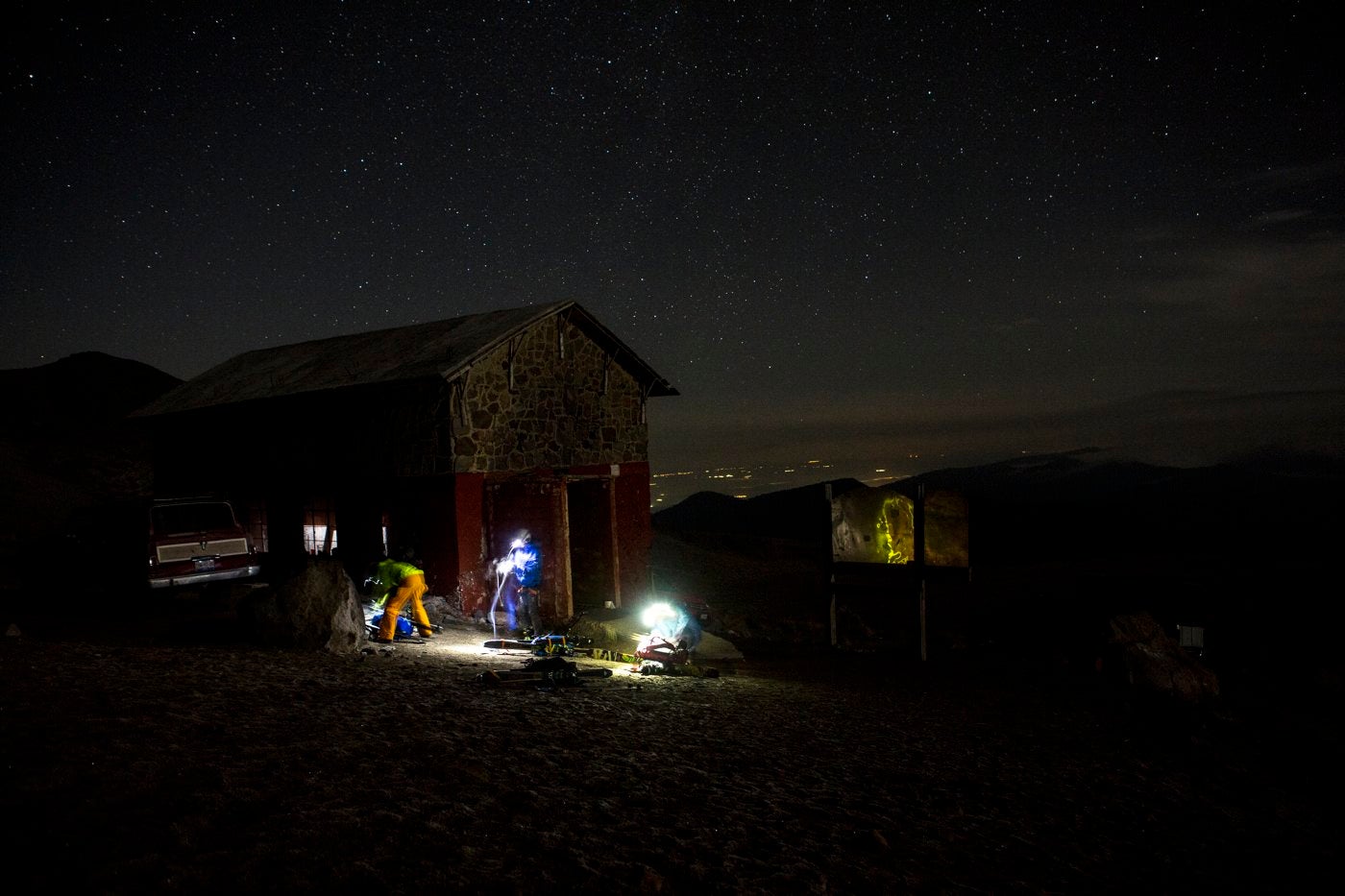 That’s easy for him to say. He quit his full-time office job two years ago to do contract work, and now lives in his van, chasing adventure stories around the West. But his friend Karl Thompson is another story—perhaps the poster child for weekend warriors. And exactly the kind of person Thomas and his friends, filmmakers Joey Schusler and Max Lowe, wanted for an experiment: to find out exactly how much adventure they could pack into a single weekend.

Karl lives down the street from Joey in Boulder, Colo., and while part of Joey’s job is filming outdoor adventures, Karl works in an office as an environmental consultant. “I hit the ground running with the herds every morning, commuting to work with a coffee buzz, computer time, afternoon flame out—classic stuff,” says Karl. But as soon as he’s off the clock, he’s sure to be getting his heart rate up, biking, climbing or running in the foothills at the edge of his neighborhood. “To be honest, lots of my friends don't think I work,” Karl says. “I do, I just get after it more than the average working stiff.”

That’s something even Thomas looks up to. “Joey and I have adopted Karl as our life coach,” Woodson says. “It’s impressive that he can be so grown up but such a kid at the same time. We can never keep up with where he happens to be on the weekends.”

So Joey, Thomas and Max floated their idea to Karl: The Pico de Orizaba—18,491 feet tall. Third highest mountain in North America. Fly down. Drive in. Hike Up. Ski down. Drive out. Fly back. In a weekend.

Karl was all in. 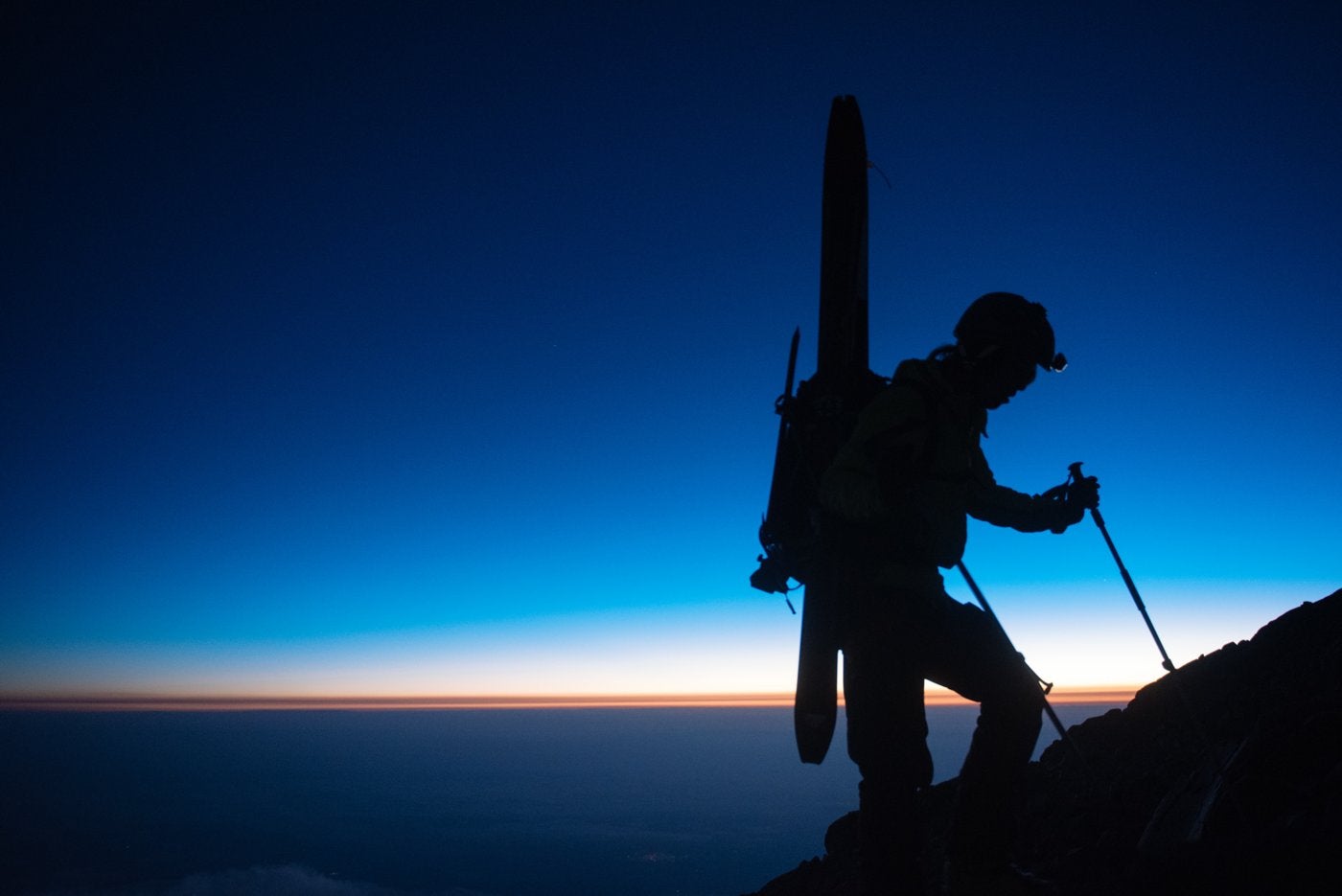 They watched the weather, bought tickets, and started getting psyched. “Joey and I decided Karl should deal with all the rental car stuff, because he was old enough to rent one, then we would skim through a few trip reports and call it good,” Thomas says. “It never occurred to us that we wouldn’t be able to see this massive peak from the nearby town. Oh, and we may have tried to download a trail map in the airport before our flight.”

The thing is, you definitely cannot see Orizaba from town. And the construction-massacred road to the hut they were to start from was a pit of mud, extremely unfriendly to, say, two-wheel-drive vehicles. Like the one they’d rented. 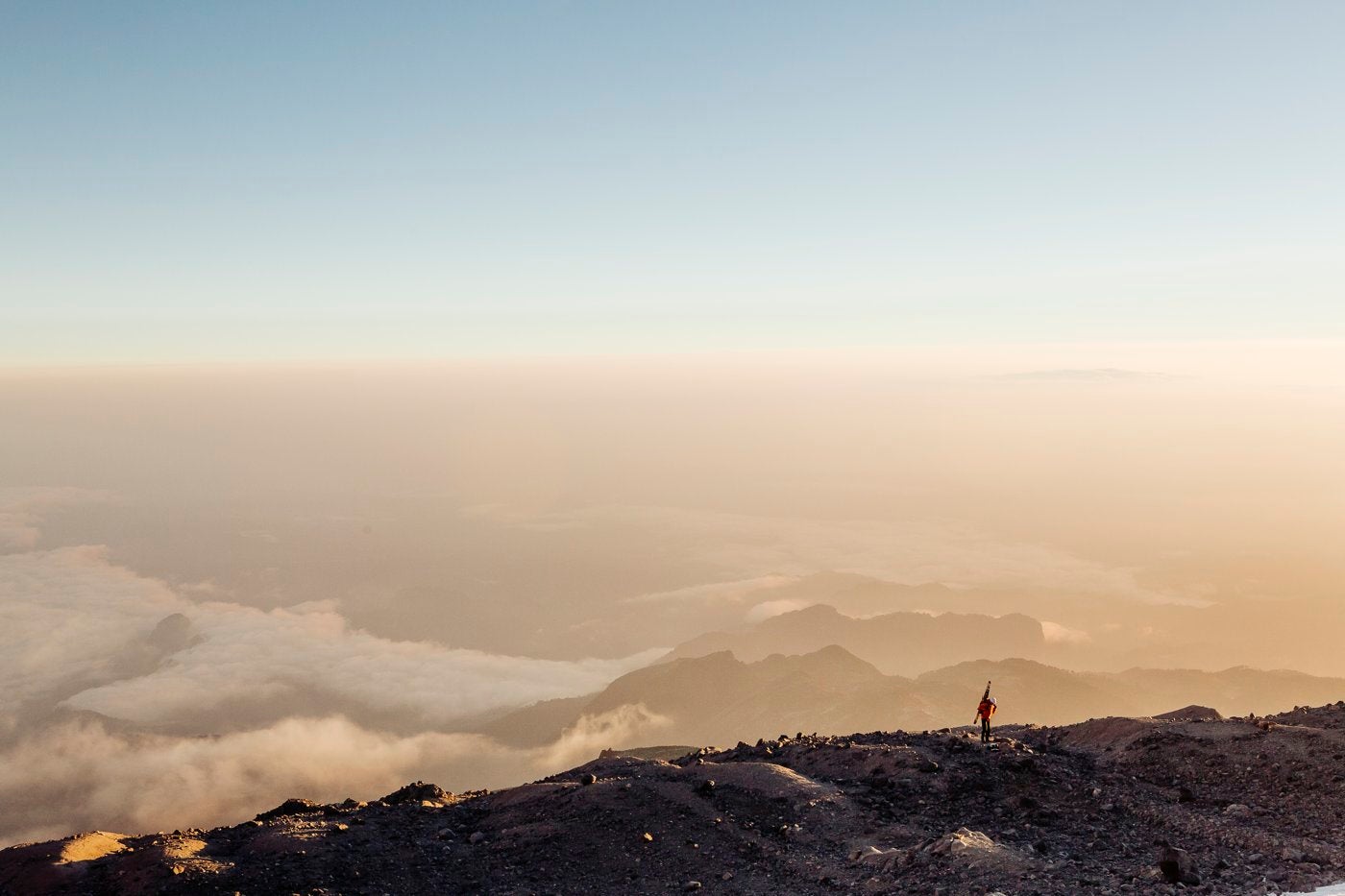 “I felt it was my role to be the responsible one, so I spent some time putting together a health and safety plan, as well as a Plan B in case one of us got altitude sickness or injured below the summit,” Karl says. “When I brought up my concerns to the group, they just looked at me with perplexed expressions like I was speaking a different language. Without a doubt in their minds, the brash ignorance of youth was on our side, and I was definitely down with that.”

Call it ignorance, call it adventure, call it luck. The team was running with it. “The second we hit the dirt road I was pretty sure we ruined the project and wasted all our sponsorship money,” Thomas says. “I could have sabotaged my career before it ever had a chance to begin. The mud and ruts from construction were heinous, with rain only adding to the difficulty. We probably averaged less than one mile per hour for the six-mile hut approach.” 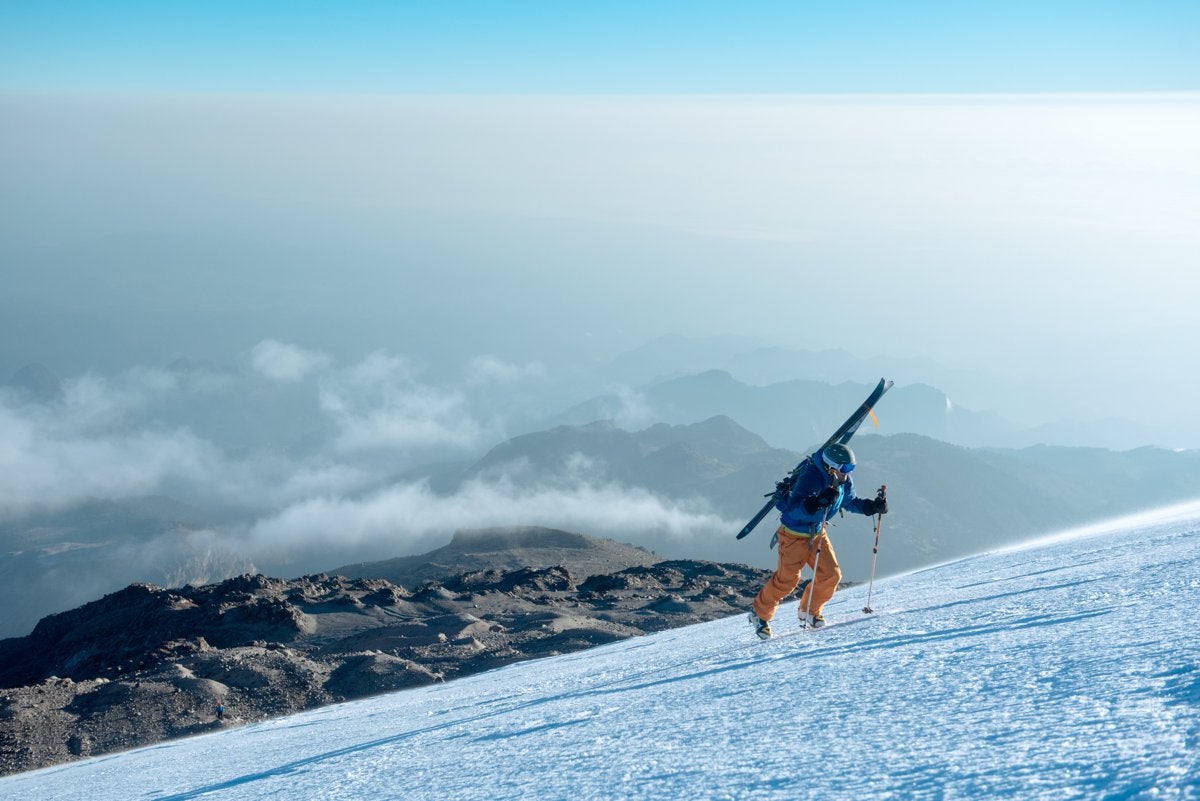 But they made it. And a few hours later, they were standing on top of Mexico’s tallest peak, about to ski down. Karl’s head was pounding with altitude sickness, even as he tried to wrap his head around the scale of the trip he was in the midst of. As the rest of the crew were cracking celebratory beers at 18,491 feet, Karl quietly lost his cookies off the side of the volcano’s snow-covered summit before heading down, and then back to Veracruz, and then back to Boulder, and back to work. 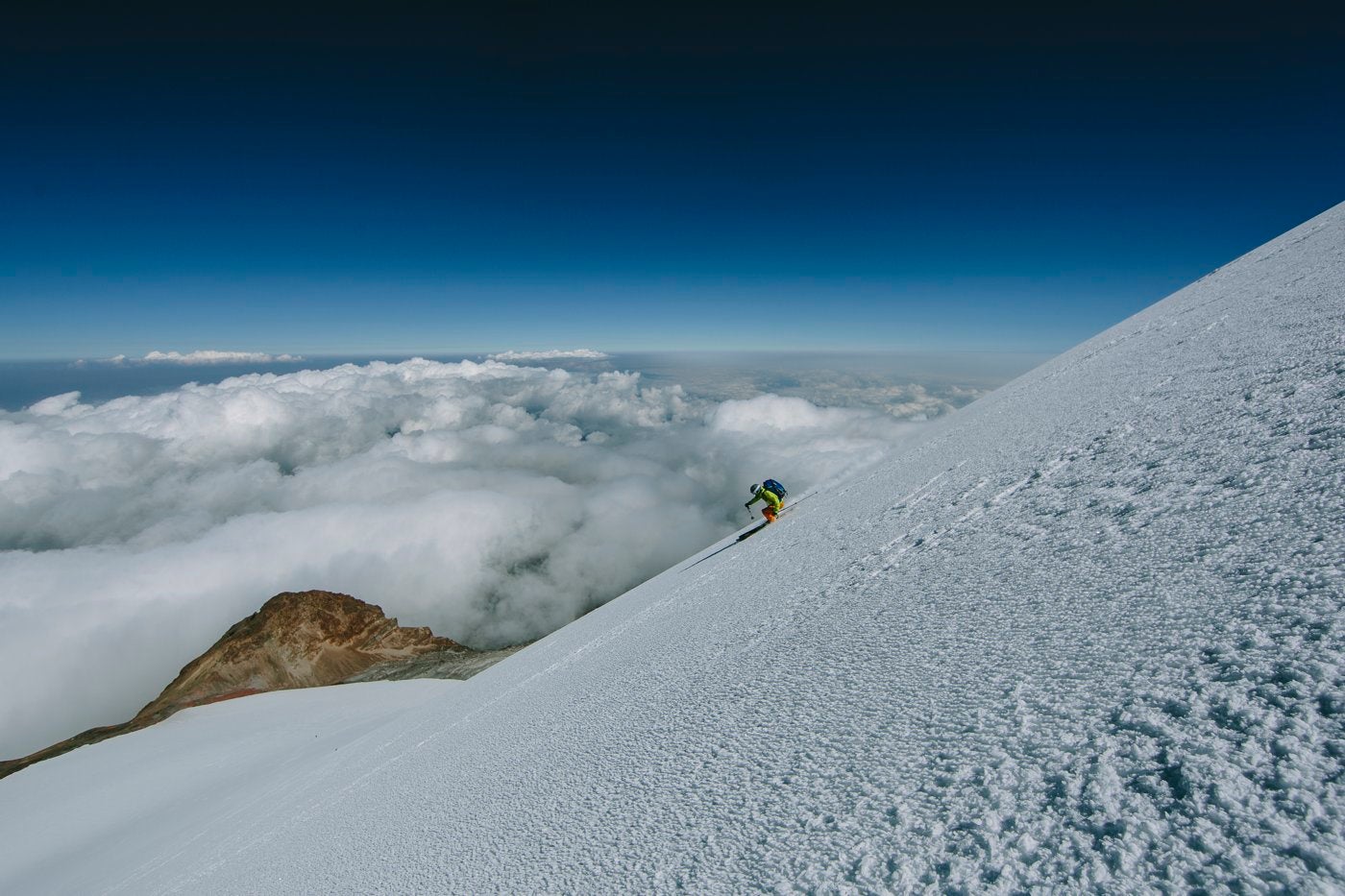 “It definitely changed my perspective,” he says. “I've never encountered that many challenges, logistically, emotionally, in such a short amount of time. The rollercoaster of a typical month long adventure was compressed into 55 hours of madness. It was a wild ride.”

It might not be a ride most of us can take just any old weekend. But it puts things into perspective for just about any aspiring weekend warrior. “Never say no to an adventure,” Karl says. “Take a look around. Your computer and desk aren’t going anywhere. Are you?”