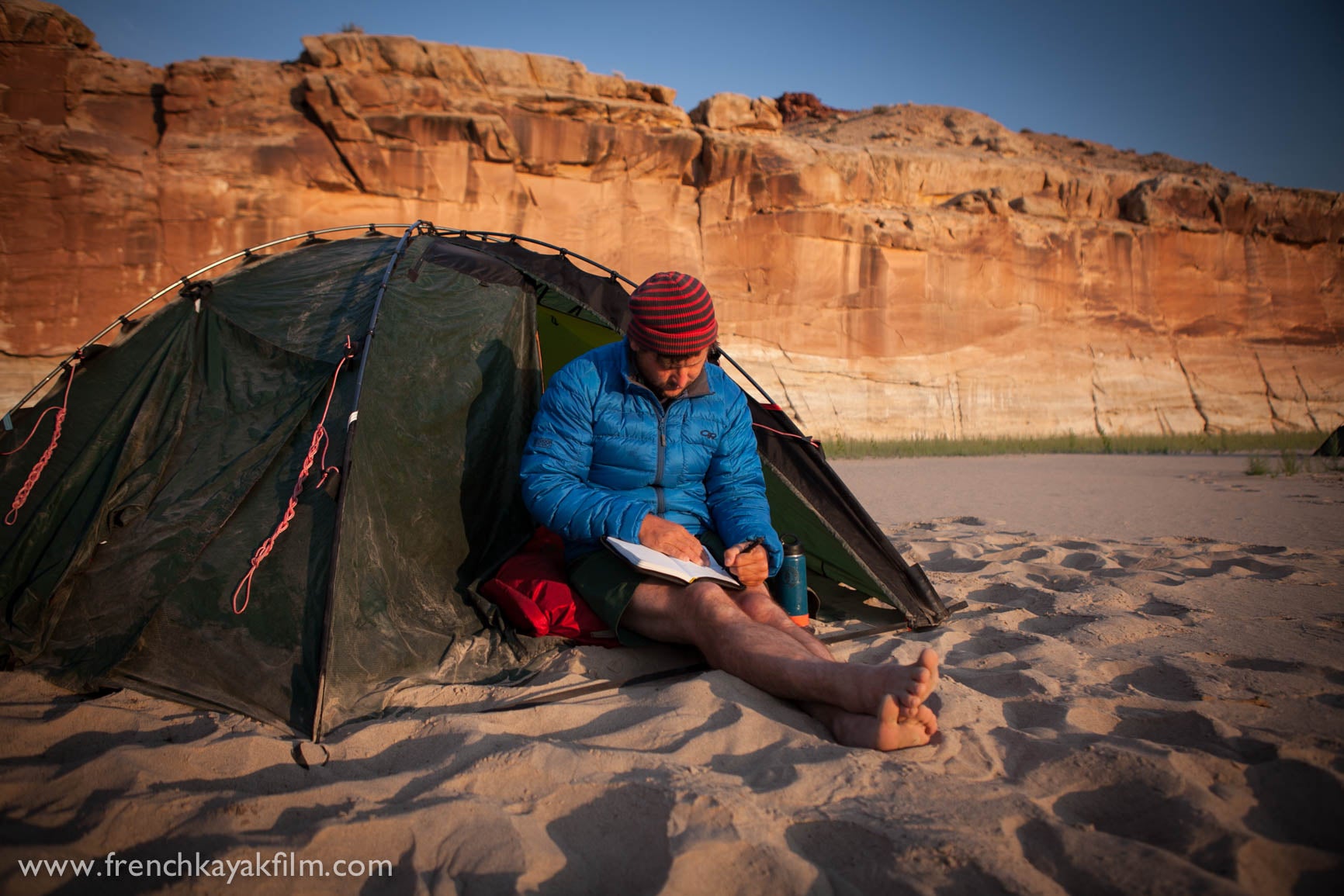 For most of the day, I had counted the rapids down in my head: Rapid 22, five more rapids, …Rapid 23, four more rapids… By the last rapid of Cataract Canyon, I’d lost count, and all I wanted to do was pull my kayak onto the shore. But between water and dry land was a band of waist-deep mud. I’ve had a few crazy ideas in my life, but this idea had to be my craziest.

I was 1,000 miles from home, deep in Cataract Canyon—nicknamed by early river runners the “Graveyard of the Colorado.” With me on this adventure were two seasoned kayakers, Outdoor Research ambassador Paul Kuthe and his wife Kate. As for me? Well, I’m not a kayaker. I’d undergone a “crash course” over the summer, just to make this trip from Wyoming to Arizona through a series of canyons: Flaming Gorge, Red Canyon, Lodore, Desolation, Labyrinth, Stillwater and Cataract. We’d come in search of a lost adventure story, a story about the first paddlers to descend the Green and Colorado Rivers. 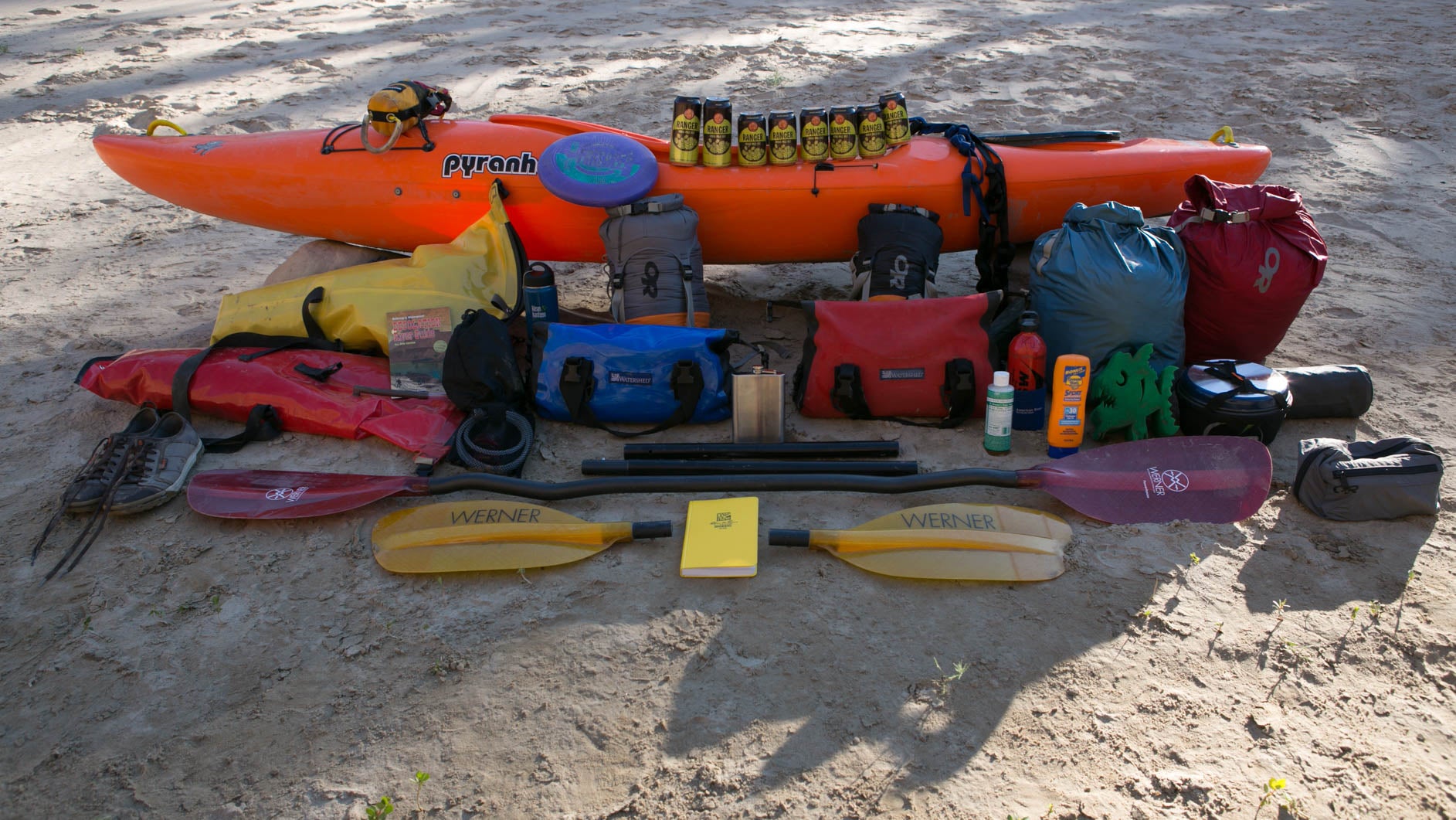 We were joined by a small volunteer team of my filmmaking friends to document our trip, and to search for any traces left by the three kayakers who, elusively, had nicknamed themselves “the voyageurs without trace.” 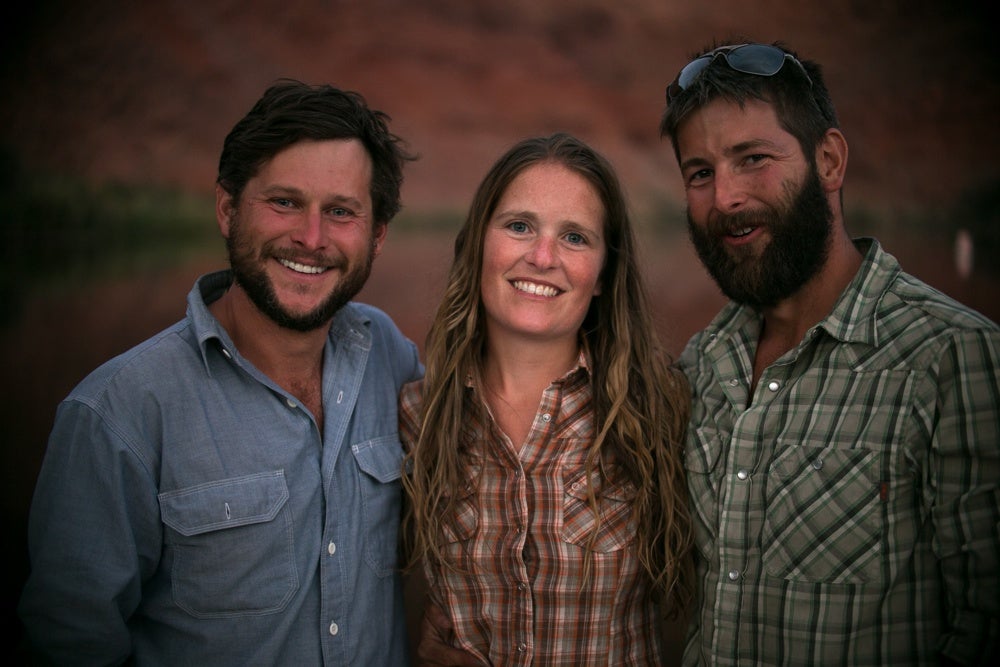 In 1938, these three young explorers set off from Paris with a daring, maybe even foolhardy, plan: To be the first to take kayaks down the rivers made famous by John Wesley Powell. They packed cameras, too. Loaded with color film. Shooting themselves as they went, they were making what is no doubt the very first adventure film shot in color—a year ahead of even the first Hollywood color movie.

These three friends—Bernard, Genevieve, and Antoine—made history, but then seemed to vanish. As World War II erupted, and the Nazis occupied France, their film went missing, too.

Fast-forward to the present day. After chancing upon a photo of the French Trio on a roadside marker, I was inspired to uncover what happened to these fascinating paddlers from the past. 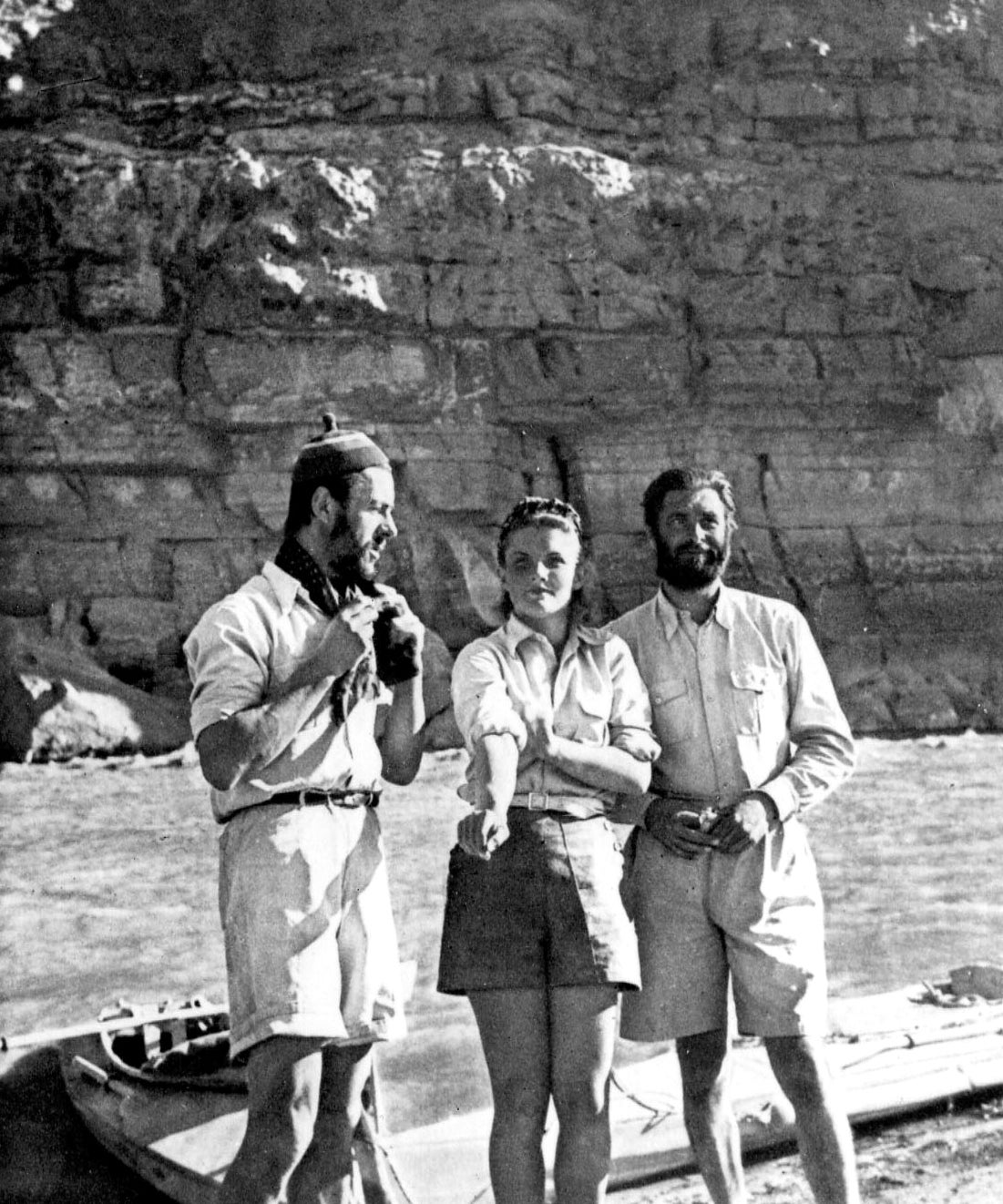 Now, after a three-year journey, I am excited to bring their story to the public. Les Voyageurs Sans Trace is a new feature documentary, with all the amazing pieces I found: a lost diary, hundreds of previously unseen photos, interviews with colorful characters, and yes, even the lost film. The story stretches from Wyoming to Arizona, from the Pyrenees to the French Riviera. It’s a story of discovery, and the possibilities that free-spirited risk taking offers to all.

And now, I look back at my fleeting time in Cataract, at my exhaustion from the rapids, my exuberance in the last-saved-swallow of bourbon in our river flask, and all the mud. Back then it felt pretty daunting, facing the unknown. Now, it looks like a whole lot of fun.

Stay tuned to frenchkayakfilm.com for info about screenings.