VIDEO: The Trail To Kazbegi 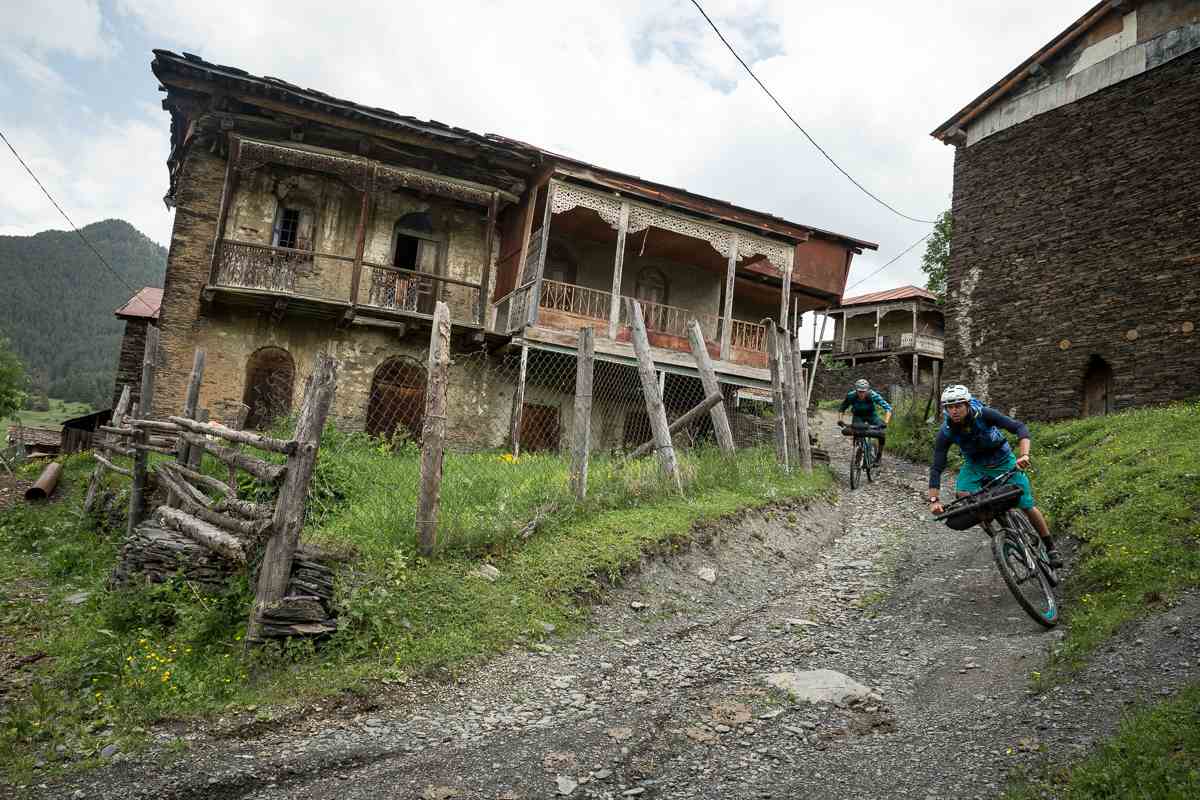 I’ve said it before, and I’ll say it again: Bikes are a wonderful way to explore the world. They are an elegant, efficient, and exhilarating tool for adventure. You can cover a large sum of ground in a single day, gorge on fresh oxygen for hours on end, take in exquisite views and enjoy the simple thrill of riding that so many of us can relate to. The only constraint is that you need some sort of infrastructure to ride on, ideally a narrow piece of winding singletrack. Luckily for us bikers, many cultures around the world already have diverse and intricate trail systems connecting alpine villages where no roads reach. While the trials are mostly designed for herding, military use, migration, trekking, etc, there is something rewarding about knowing that while such trails exist, we may be the first to explore them on bicycles. This is a common characteristic we look for when searching for our next bikepacking adventure; and so it happened that we stumbled across an ancient trail system nestled deep within the Caucasus Mountains in the former Soviet Republic of Georgia, on the border with Chechnya and Dagestan. 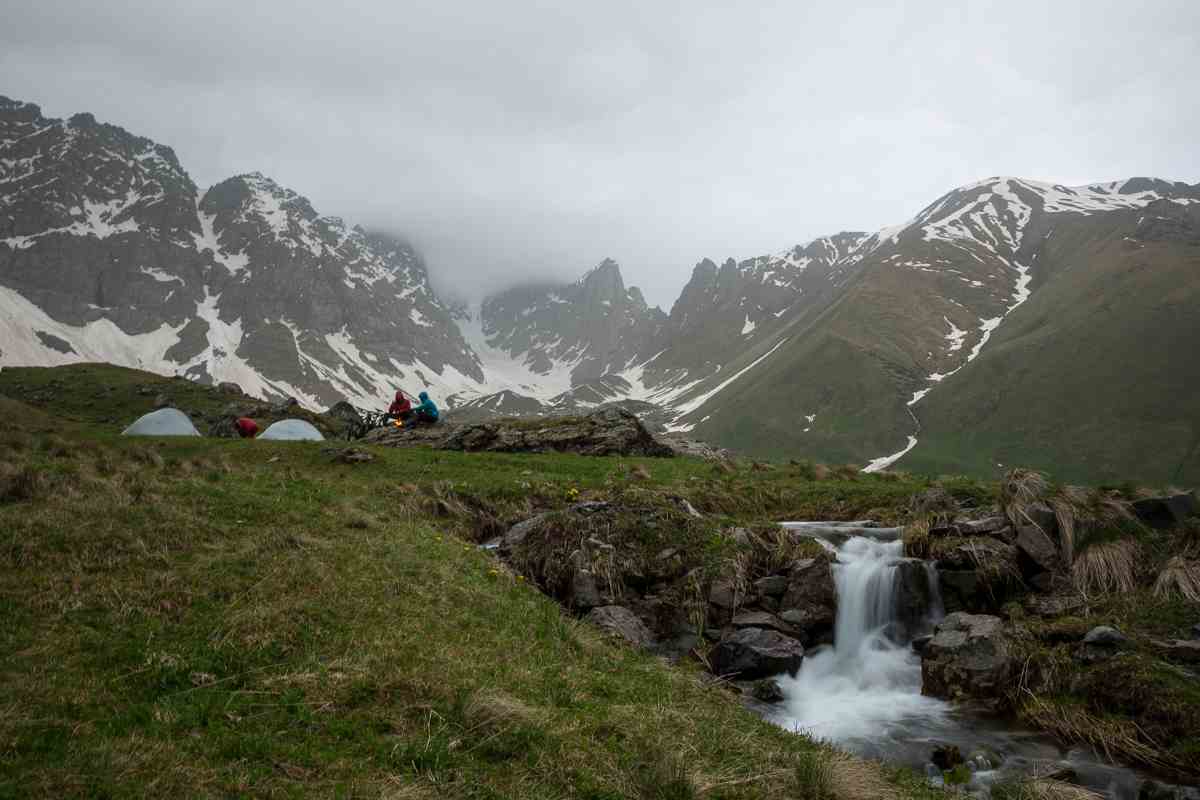 The team consisted of Sam Seward, an experienced backcountry leader and my partner on many a wild bikepacking adventure; Ross Measures, a skilled photographer and rider from Canada; Brice Minnigh, the editor in chief at Bike Magazine and fluent Russian speaker—which would come in handy thoughout the trip)—and myself, Joey Schusler, an adventurer, filmmaker and photographer. Our goal was to parallel the Russian border, traversing from the town of Omalo, tucked deep within the Tusheti wilderness, to one of Georgia’s most iconic and renowned places: Kazbegi. From the top-down view on Google Earth it looked totally doable. It was the inevitable unpredictable barriers that would turn this trip into a true adventure.

The trail would have many different faces and personalities. We encountered endless sloped fields of pungent wildflowers, rugged waterfalls, death-defying-falling-apart-bridge-river-crossings, dizzying switchbacks, sketchy scree fields and mid-summer snowpack bike-as-an-ice-axe glissades. We traveled fully self supported for 10 days. This meant that all of our provisions and equipment had to be packed into a small backpack, a small handlebar bag and a small seat bag. To say it was a complex puzzle and a high risk process of elimination would be an understatement. Once we were out there, we were out there. 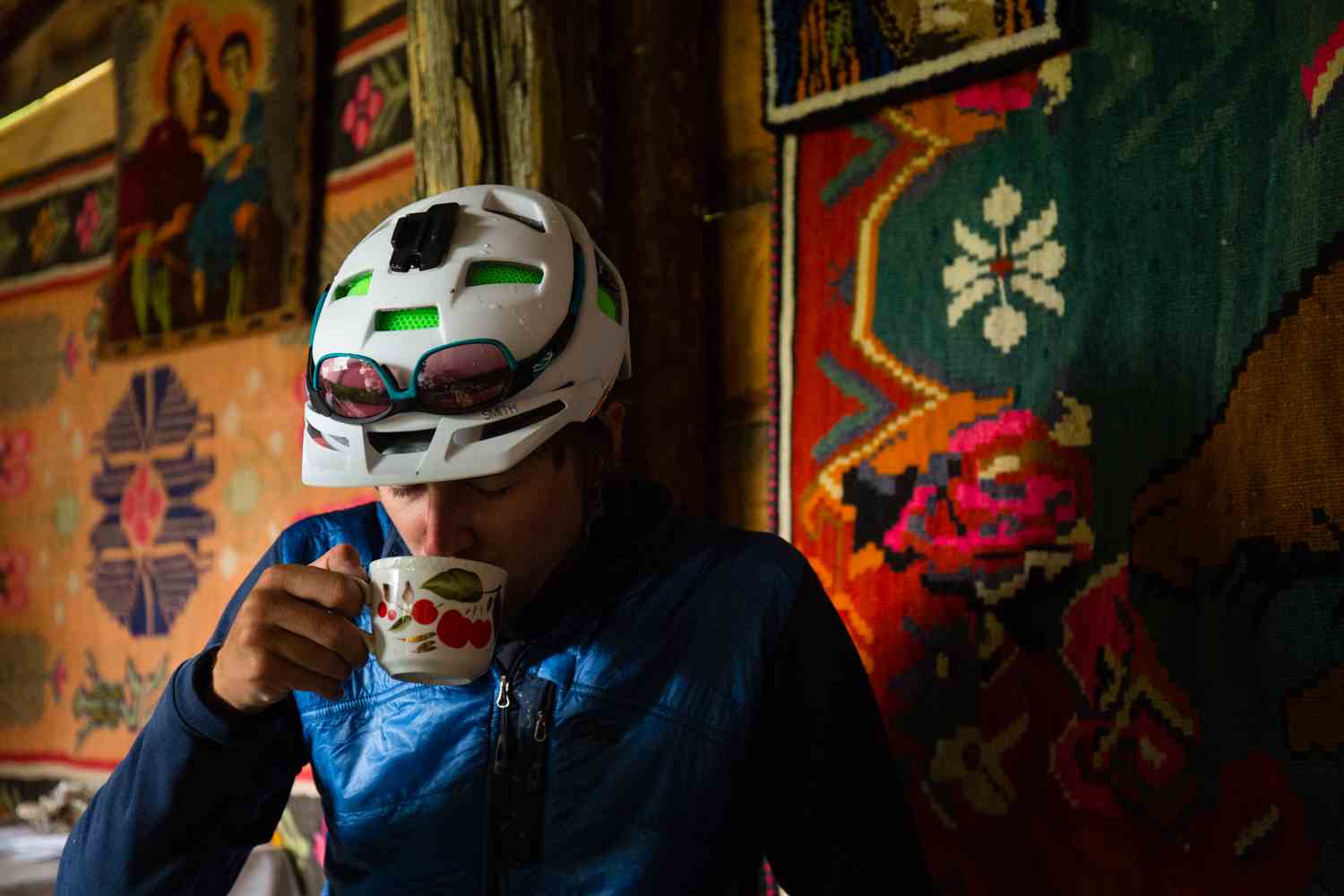 Once you find your groove and start feeling comfortable in a foreign place it’s game on. Life slows down and you become enamored with where you are, noticing the details and appreciating the differences. We were pleasantly surprised every step of the way, and almost taken aback at how hospitable the Georgian people are. While the language itself sounded coarse and unwelcoming, the people couldn’t have been kinder. From guest houses to small restaurants to taxi drivers, the Georgian people were kind, thoughtful and caring. 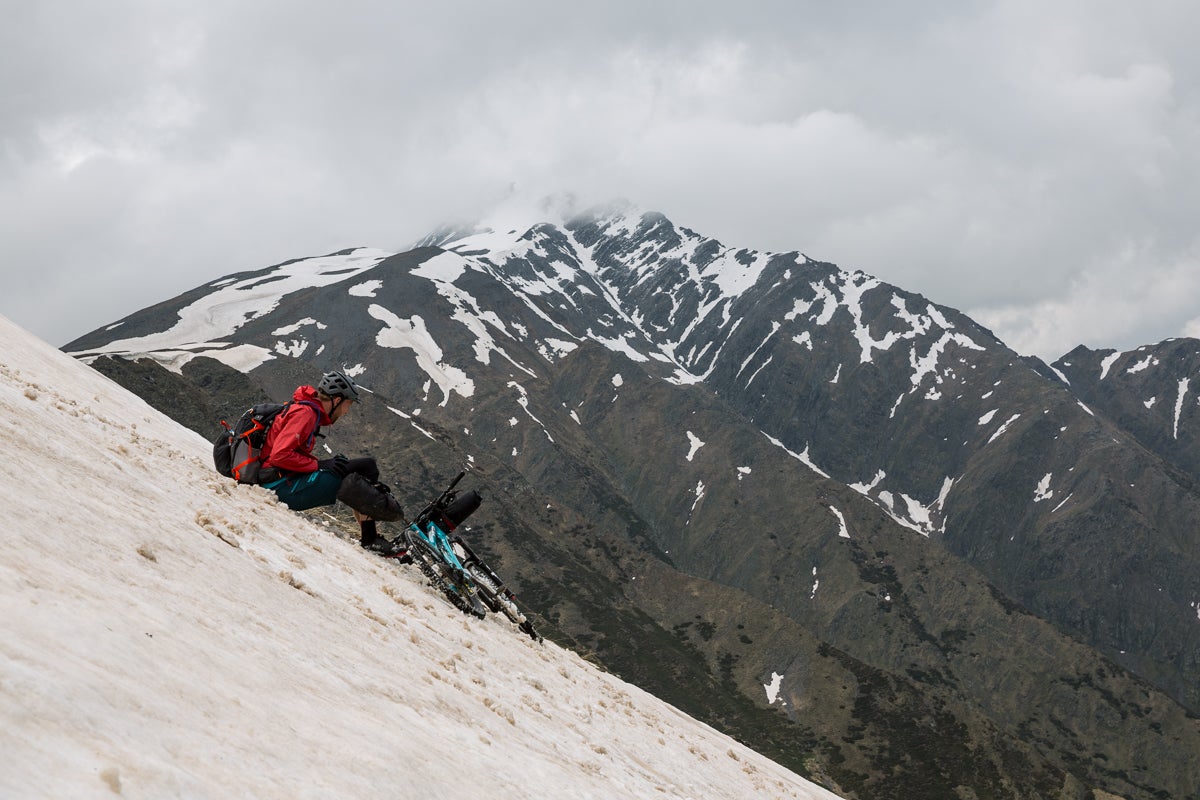 But no true adventure is complete without a problem or two. Our first near-trip-ending mishap was crossing a large snowfield midway down a massive 3,000-foot descent. The hill was so steep that if you picked up too much speed, you would almost certainly slide down to the end of the snow and continue tomahawking down the scree. Sam, Ross and myself were able to descend the steep hard-pack snow carefully. Brice was up next and he began sliding so fast and out of control we thought he was certainly doomed. At the last minute, he made a quick move to self arrest, using his bike as an ice axe and sliding out to a painful stop on the sharp rocks. His laughter echoed through the valley as we stared on in disbelief. From then on we agreed we would be more careful. 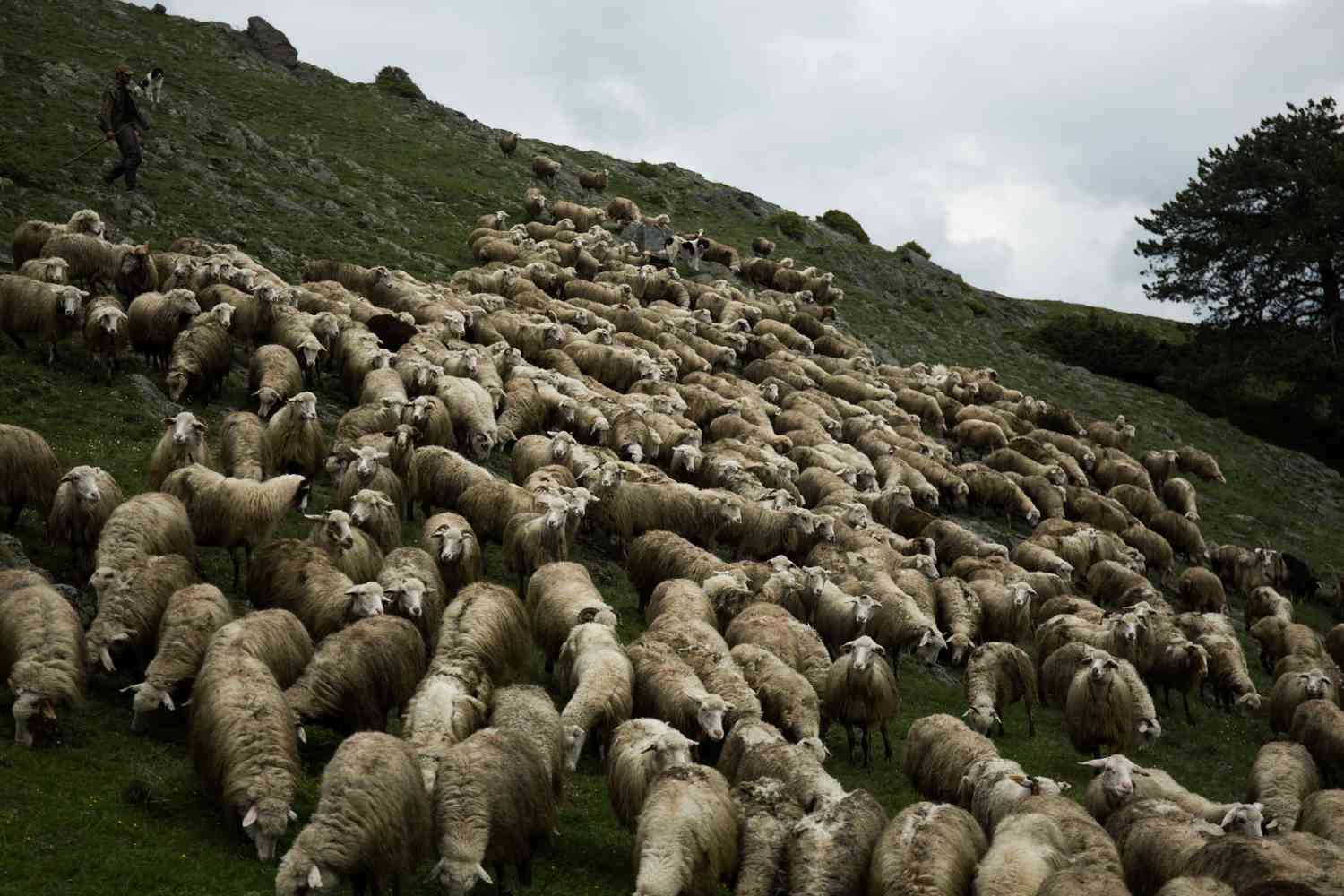 Our next mishap came in the form of a military checkpoint. We would need permission to cross Atsunta pass, the crux of our 10-day route. When we arrived at the checkpoint, the military immediately made it clear that they didn't want us to cross. Apparently, the day before two horses had died trying to skirt around a steep embankment and fallen into the narrow raging river, sealing their fate. The week before a shepherd had been buried in an avalanche while also attempting to cross. No matter how much Brice negotiated with the soldiers in Russian, they still were not going to let us go; Atsunta simply wasn’t in the books for us this time around. Our only option was to backtrack to the other side of the pass and start our voyage anew.

Our third large mishap took place on the last night of our journey. What started as a beautiful sunset and peaceful night on the lower flanks of the glacier of Mt. Kazbek turned into a terrifying electrical storm of epic proportions. Clouds rolled in from Russia and before we knew it we were getting blasted with rain, wind and unbelievable amounts lightning and thunder. The tents were nearly flattened and we could do nothing but lie there and wait to be struck. I could feel the energy pulsing through my bodiy, and the time between flash and ear-shattering bang was negligible. Typically back home in Colorado, a storm like this would blow over as quickly as it came, but this one tormented us for nearly six long sleepless hours. We could hear the mountaineers camped out next to us, screaming with fear in unison. It was a relief to wake up the next morning to pristine weather before our last long day on the trail. 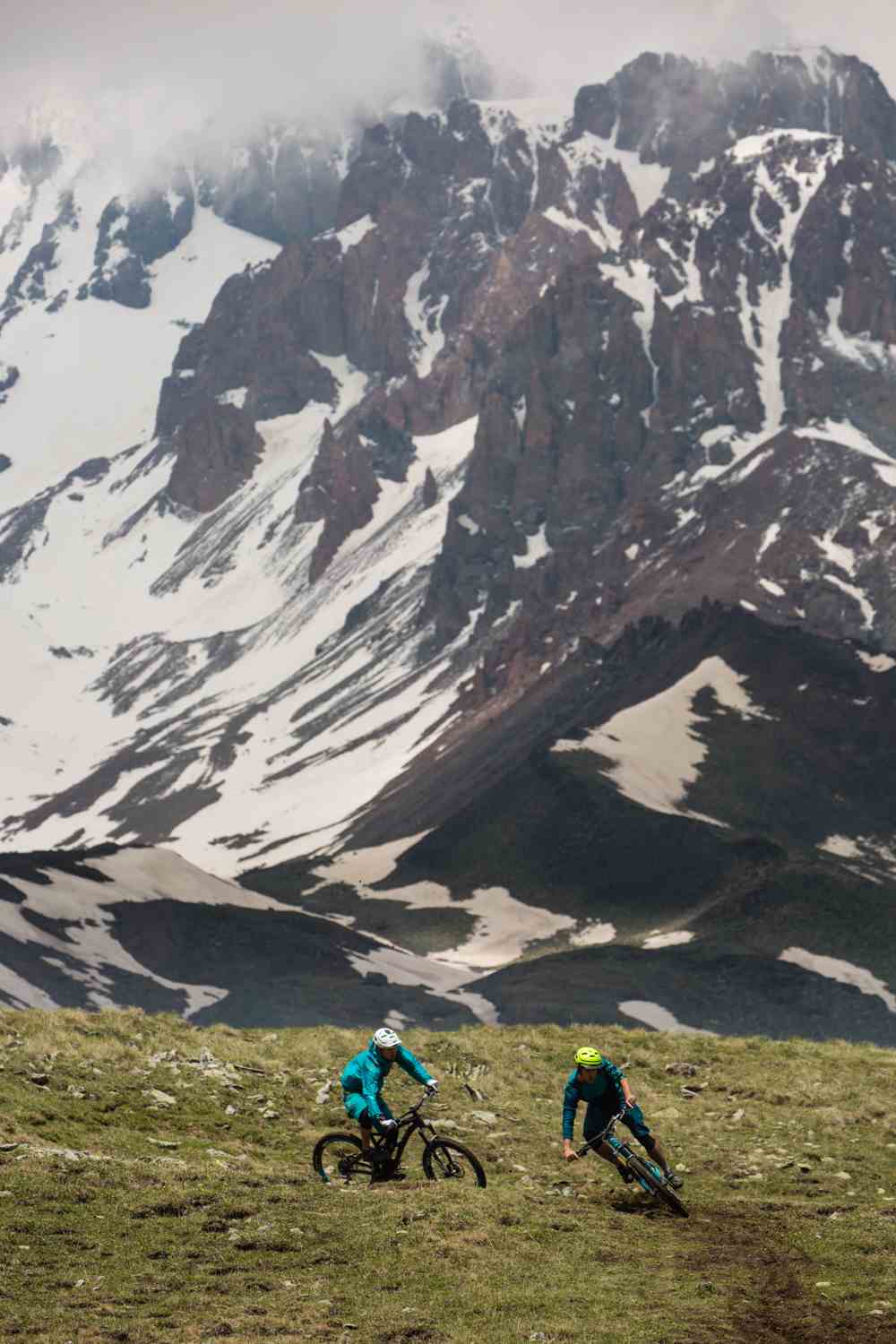 We didn’t accomplish the exact route we'd set out for, but on a trip like this you would be short-sighted if you thought that accomplishing a specific route is all we came for. While the region has had a tumultuous past, we found nothing but beauty and joy tucked high up in those mountains—well, also a minor mishap or two.

And check out the feature on the trip at BIKE Magazine online here.