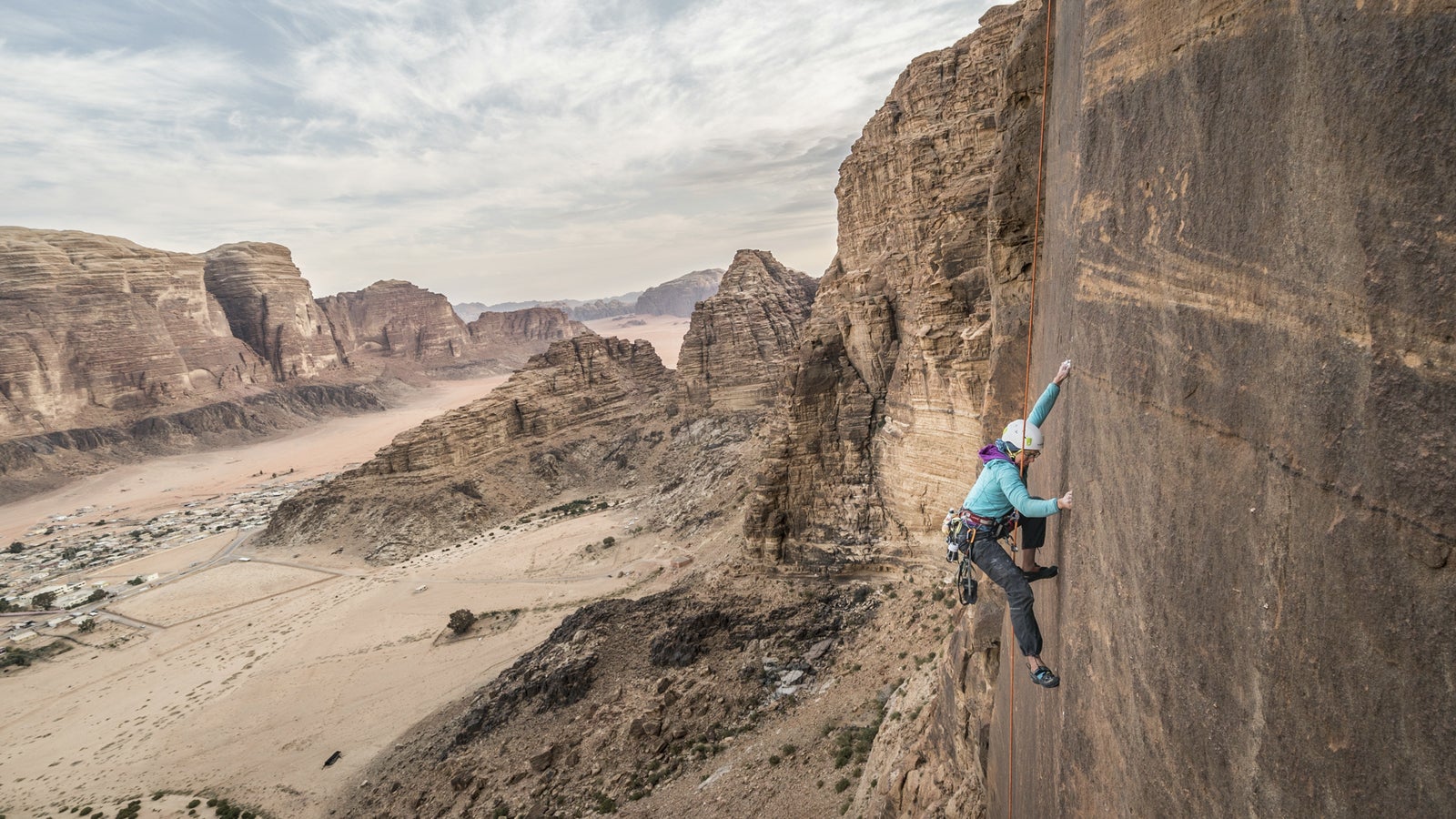 "I didn't know what to expect and I was excited about that," says Madaleine Sorkin. An Israeli-American friend first brought her attention to Wadi Rum. He'd been traveling there for several seasons. "He told me about the epic new route he was working on and the adventurous routes in general in Wadi Rum. He told me about his friend Mohammad and the Bedouin people and a kindness that humbles you. It sounded like a place I wanted to know. So I follow him there to help finish his long new route."

Before she left, she researched and asked friends who'd been there about safety, and about the culture. "I was curious to experience a traditional Arab culture and about being both an American and a women there."

In the end, she says, she was surprised at how welcomed and safe she felt. And, also, at the landscape around the town of Wadi Rum.

"The landscape—a vast fine, red-grained with rising sandstone domes for miles—blew my mind," she says. "And to listen to the call to prayer from a rock wall there moved through me in such a mysterious way. As a woman I felt accepted for being the stronger climber in my party. The town of Wadi Rum is quite small; I was told about 1,000 people. The social fabric there is very strong and friends and family seem to really look out for one another and try to maintain their way of life while welcoming foreigner ways of life. There is a respect that I felt extended towards me and I felt inspired to offer the same respect across our different lifestyles."

But for as welcomed as she says she felt, Madaleine says she was still aware of being a woman in a Bedouin man's space. "Aside from the other woman I was traveling with, I barely saw any other women while I was there.  They were occupying space on the other side of the tent, so to speak.  As a tourist, I existed in the men's space."

As far as a climbing scene, she says, there are traditional Bedouin routes to the top of the major formations and Bedouin men who climb or are involved in climbing tourism and very knowledgeable about each established route. "I hear a number of people drive in from the capital of Amman and I heard a few consistent climber's names.  There are other popular areas to climb in Jordan that we didn't visit, such as a sport climbing area."

"I'd like other Americans to know that Wadi Rum is a place to experience," Madaleine explains. "The vast desert landscape, Bedouin hospitality and humor, camels, goats and sandy climbing adventures from 5.6 to 5.13+ routes await and there is certainly more to develop."