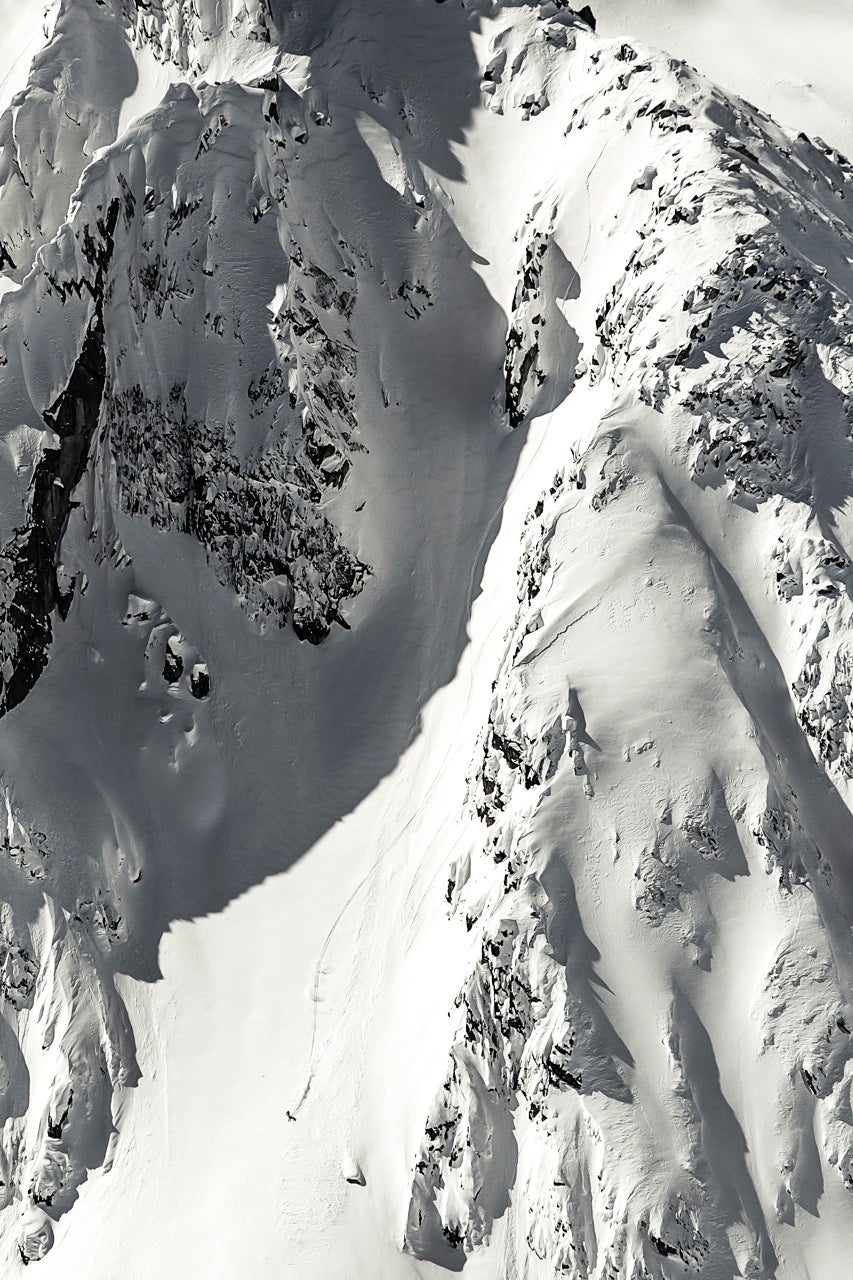 It’s like a childhood dream come true for most snowboarders: Extreme lines down steep wilderness slopes and helicopters that keep flying you back up to the tops of breathtaking peaks. After carving an amazing line, who wouldn’t like to say “Scotty, beam me up again,” so they can hurtle down the mountain one more time?

But what if those spectacular descents of your childhood dreams could be achieved from your own doorstep, without jetting around the world or getting dropped off by helicopters? That’s exactly what Ride Greener and Coupdoeil Film tried to show the rest of the snowboard and film industry in the film STEPS: How riding the most environmentally friendly way possible can be the most fulfilling.

Flights, helicopters, and snowmobiles were never used. Arrival to the base and transportation within the mountains was achieved solely with public transportation and by foot, in order to keep the CO2 emissions of the production as low as possible. After six months of shooting, thousands of steps, uncountable drops of sweat and bitterly cold nights in the wilderness of the Alps, the filmmakers and riders had to admit that producing a snowboard film without putting any stress on the environment is probably an illusion. Eventually you arrive at the point where a late bus connection in the springtime must be replaced by a car. And even public buses and trains use energy, and without gas there would be no warm dinner in the bivouac.

I’m convinced that this film can be a first step toward a more sustainable winter sports paradigm. Exploring new grounds in front of your own doorstep in the Alps by foot, with a snowboard on the back and help from public transportation, isn’t just a promising example of living up to sustainability demands. With each step, you also regain the feeling of distance, space, and time in their natural dimensions.

At the same time, one has to be aware that such a pioneering film project requires a lot of sweat, strength and nerves. Success and failure are never far apart, as even the best laid plans can go awry when you’re on foot. All too often, the weather and sought-after slopes present ideal conditions on only a few winter days. If you’re at the wrong place at the wrong time, you just had bad luck and have to—in the worst case—wait another year. There is no helicopter that can quickly fly you to the other side of the valley where the fog has already moved out or where the wind hasn’t blown away all the snow. On top of that, the numerous action shots have to be at a high level. Filmgoers don’t compromise just because the scenes were shot in an environmentally friendly way. “That is the unfair part of a climate-friendly film production,” says Stephan Hermann from Coupdoeil Film. With a helicopter, you can take about as many shots in one day as in ten days on foot. “That can definitely be frustrating, but in the end, it’s worth it. You’re doing a favor for the environment as well as for yourself,” says Hermann. In the end, you live each line much more intensely and the memory stays with you for longer. And the best thing of all is the realization that you can make a difference all by yourself.

Buy the film at stepsfilm.com.