What Do You Do After Two Triple Crowns? Inspire Others 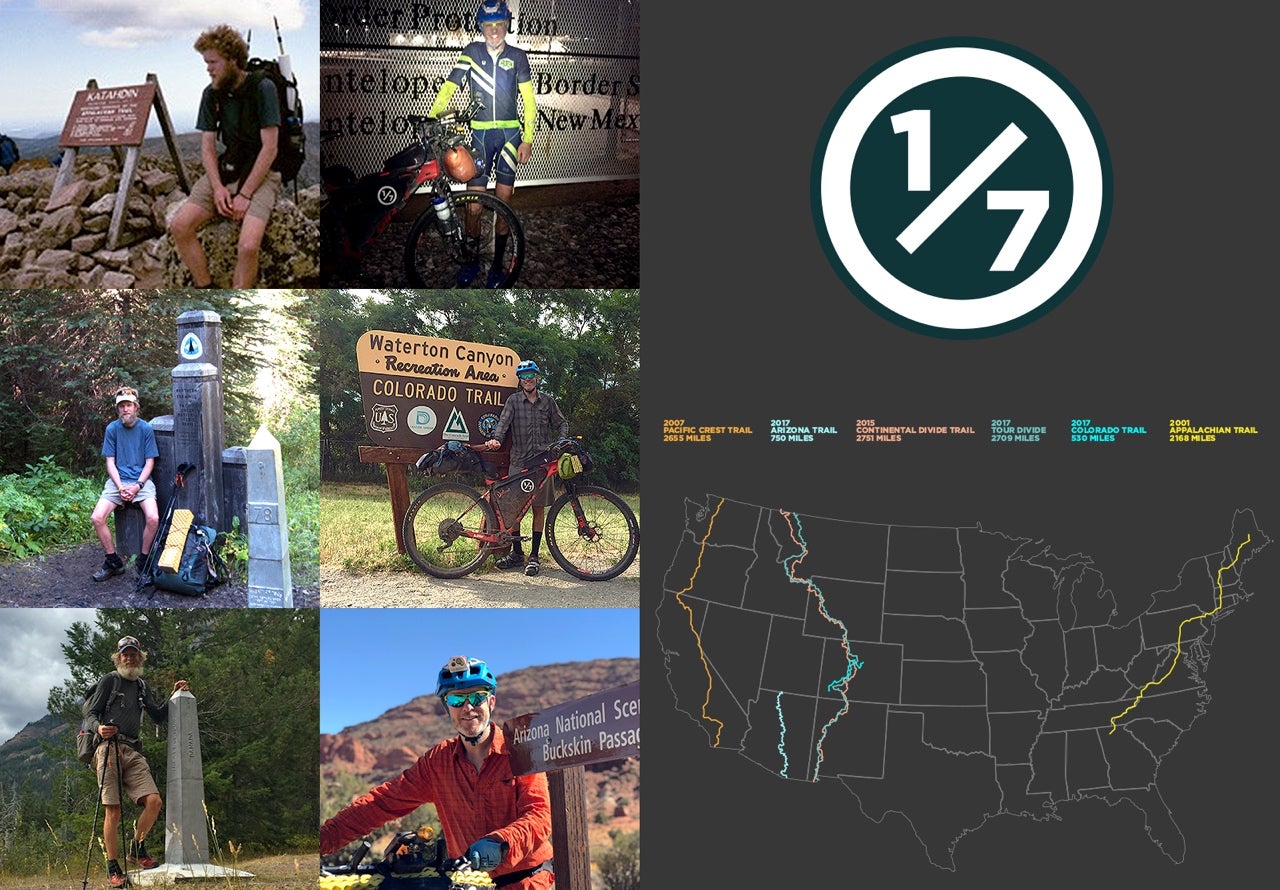 On October 22, Craig Fowler became the first known person to complete both the backpacking triple crown AND the bikepacking triple crown. That means he's thru hiked the Appalachian Trail, Pacific Crest Trail and Continental Divide Trail and also biked the Tour Divide, Colorado Trail and Arizona Trail. But as he's recovering from his final effort, the Arizona Trail, he's pointing attention from himself to others, hoping to help people find and follow their own passions. We caught up with Craig to find out what it was like to be, as he puts it, the one person out of seven billion to accomplish this feat—and what he plans to do next.

Was there ever a moment when you thought, I can't do this? (The project itself—the two triple crowns?)

Never. I know that sounds cocky but I always saw myself finishing. At times I did think how hard getting to that finish would be and whether I wanted it or why I wanted it in the first place. But I never considered quitting. I quit one adventure and left a friend to go it alone and it's one of the few regrets I have in life. I promised myself I would never quit an adventure again. I like to think my mental focus and determination are some of my best strengths. 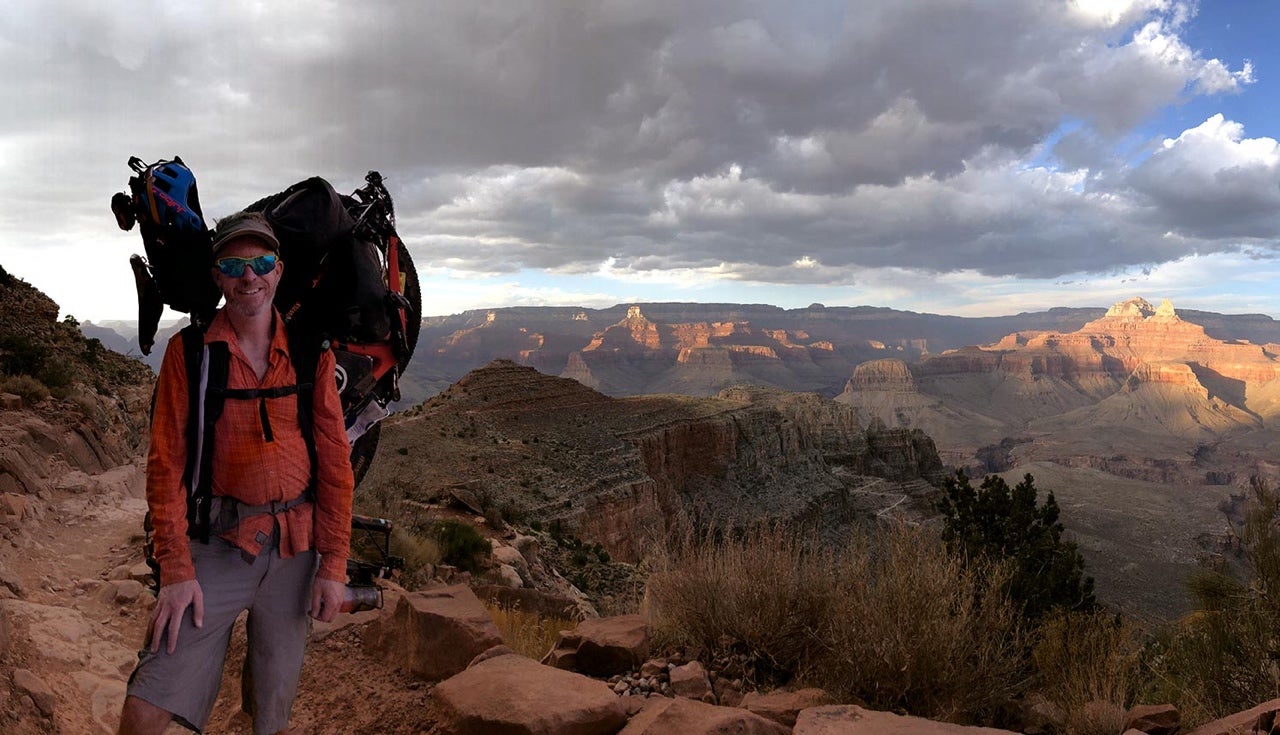 What was the highest moment of the AZ Trail?

Getting to the North Rim of the Grand Canyon. I was simultaneously relieved, happy and utterly exhausted all at once. The hike was so incredibly hard with 60 pounds on my back. My calves and hips were hurting so badly. I knew once I got to the top the last 80 miles would be relatively "easy."

You used to race bikes—what was it like to shift to bikepacking?

Shifting from "Full Gas" to the "All Day Pace" wasn't as difficult as I thought. The hardest part was the knowledge you had to pedal, push or drag this much-heavier-than-normal bike over terrain as hard or harder than what I used to race over. I would think to myself, "This would be so much easier without bags!" Being on the move for 12 to 16 or sometimes more hours a day was the hardest part of the shift.

What was the toughest thing physically about both of the triple crowns?

The constant physical activity with little to no rest was the hardest part physically. Getting up day after day and having to perform regardless of how you feel is really hard. You can't just lie in your tent if you want to get to the finish. There was no place to hide physically or emotionally if you weren't having a good day. You have one job to do out there and it's to be moving forward. 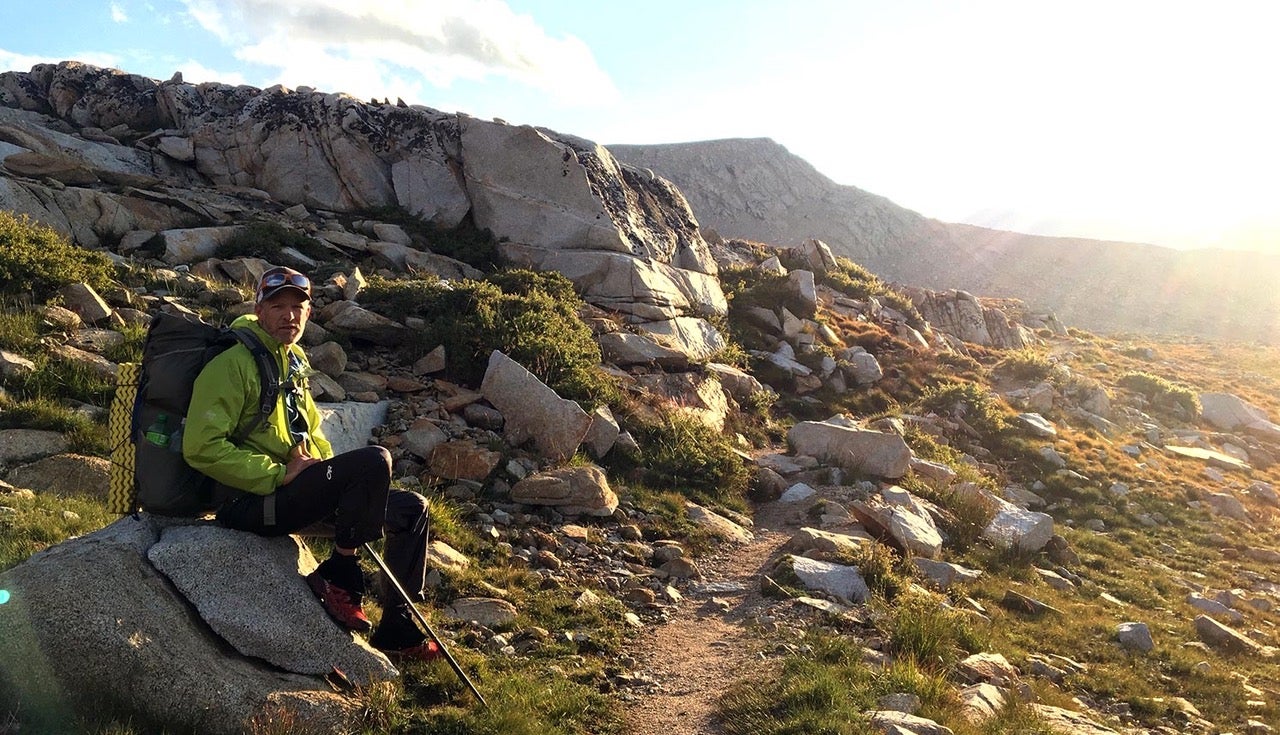 What was the toughest thing mentally about both of them?

The toughest thing mentally with any trip of this kind is not getting ahead of yourself. You have to tackle big projects like this in small bites.  As the saying goes, "How do you eat an elephant? One bite at a time!" If you focus on getting to the end you'll get over whelmed every time. You need to be in the moment and take small steps. This is much harder to do than to say.

Conversely, the notion that you had to constantly keep moving or that finish you weren't trying to think about all the time wouldn't come was mentally draining. As I was racing the bikepacking triple crown there was this constant nagging voice in my head reminding me that the clock never stops. Every time I'd stop to rest, eat, buy food or sleep I would be thinking about time. Balancing your moving time and rest was hard enough without the constant voice in your head telling you the clock was running.Tick tock, tick tock ...

Did you discover anything about yourself along the way?

I discovered that I didn't do those 11,602 miles alone. There were a ton of people at home or whom I met along the trail(s) who made it possible. Throughout the bikepacking portion of the project I regularly questioned myself whether I was being the best version of myself that I could. Out of respect I owed it to those who were helping me to be the best version of myself. 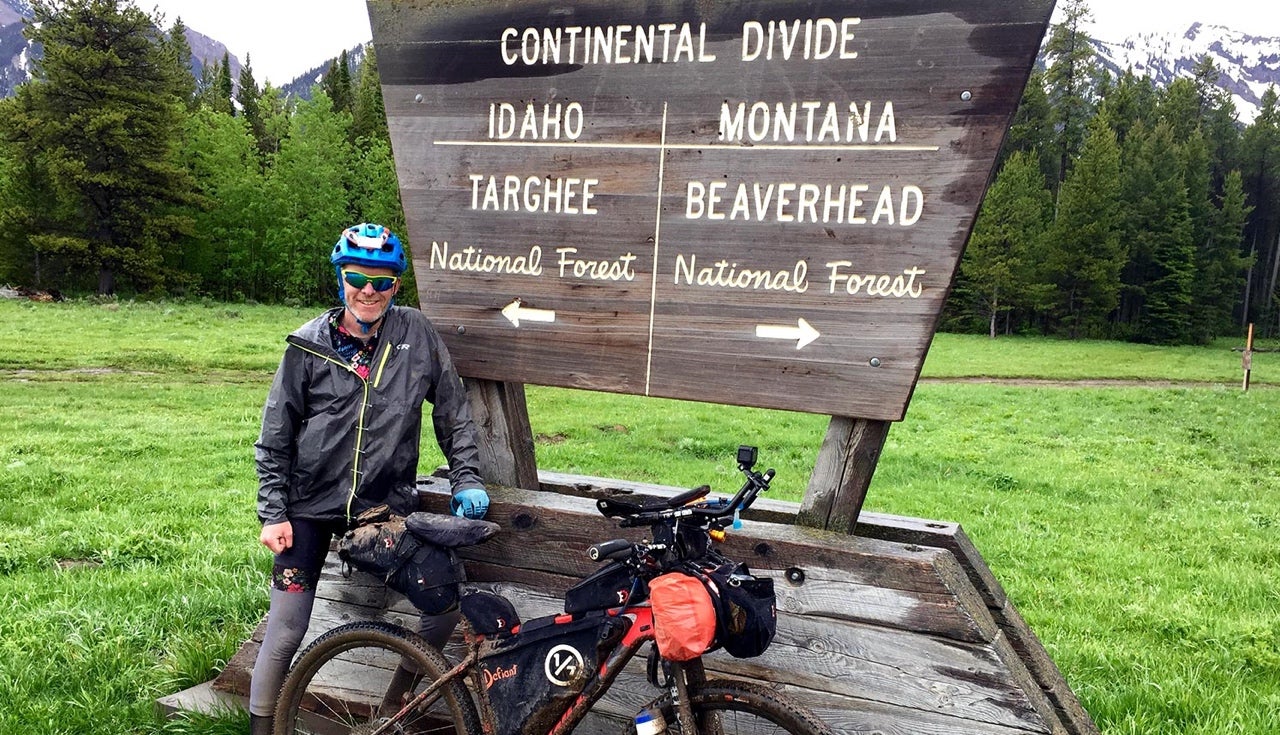 Do you think you're a different person today than you were when you started? How so? Or, how not?

I definitely changed and lessons were learned. As I said, I hope I'm the best version of myself I can be. I'm more aware of my actions and words and how they affect others.

What were you thinking as you crossed the finish of the AZ Trail?

I was relieved. For most of the AZT and the summer I was riding over cautiously, afraid I would crash and get hurt and not finish the project. This was bad, as riding cautiously opened me up to over reacting and bad riding form, which worked against my goal of not getting hurt. I felt 10 times lighter after rolling a cross the finish line. There was also a feeling of loss. With no goal, I felt adrift.

What advice would you give to someone who wants do dive into thru hiking or thru biking?

Do your homework! The more information you have, the better prepared you'll be. You'll have fewer surprises and when something doesn't go as planned on the trail you hopefully have multiple resources and tons of information on options to make an educated and smart decision to correct the problem. Network, use social media groups and other resources before, during and after your hike/ride. 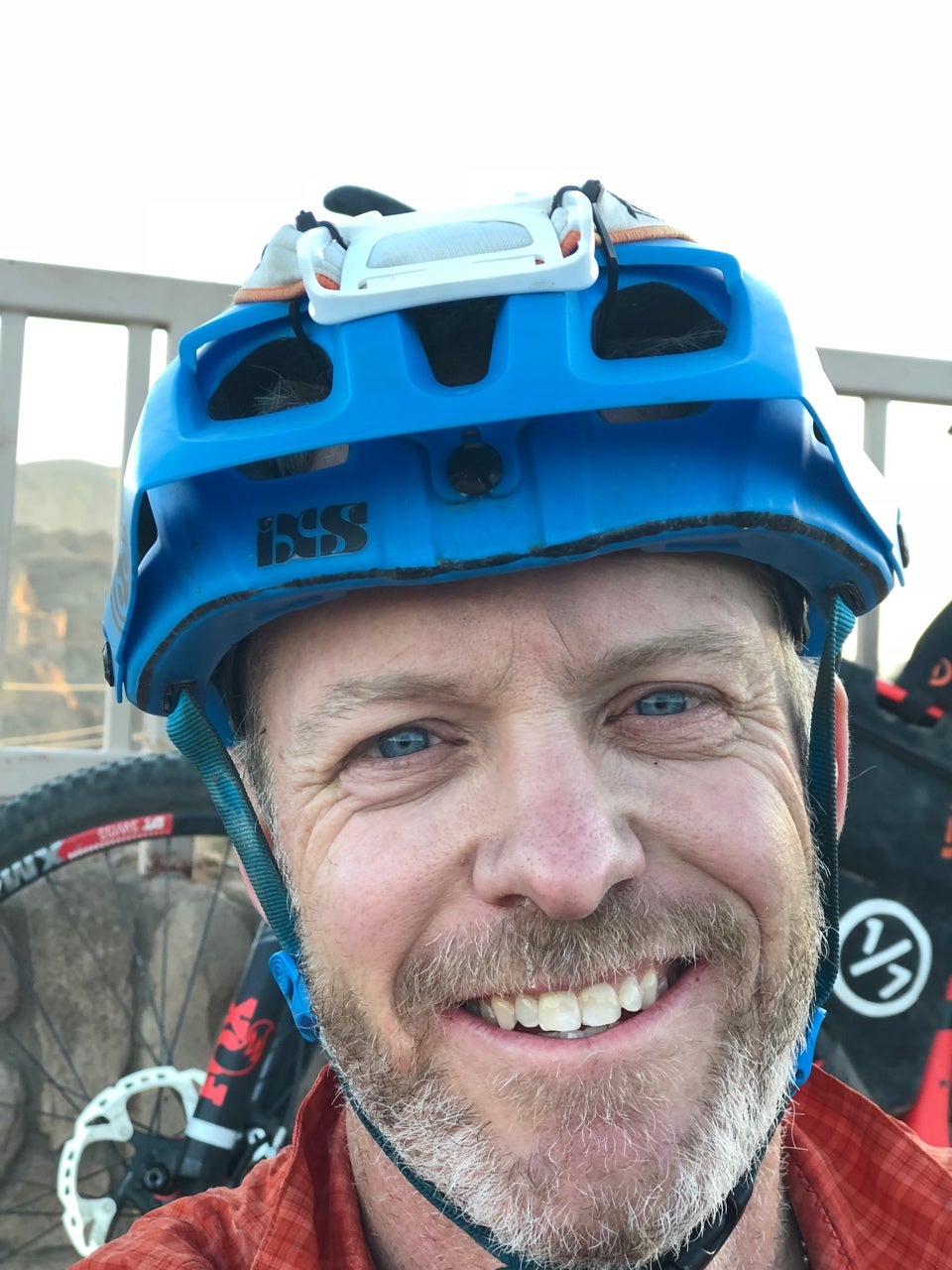 What's next for you?

First, recover! After that, shift the focus of the One of Seven Project from me to encouraging everyone to find their passion, what makes each of them unique and one of seven billion people on the planet. I plan to encourage others to follow their passions regardless of what others say or think. I plan on doing this through motivational speaking, writing, social media and personal interaction with those I meet during my adventures and daily life.

As far as adventures go, the list is long, but the short list includes completing the Mini Triple Crown of Hiking (John Muir Trail, Colorado Trail, and Long Trail). I've done the LT, so hopefully I can do the CT and JMT next summer. I'm definitely leaning to more hiking once again than biking.

You can follow along with Craig's adventures, find more of his writing, or reach out to him about public speaking at oneofsevenproject.com.