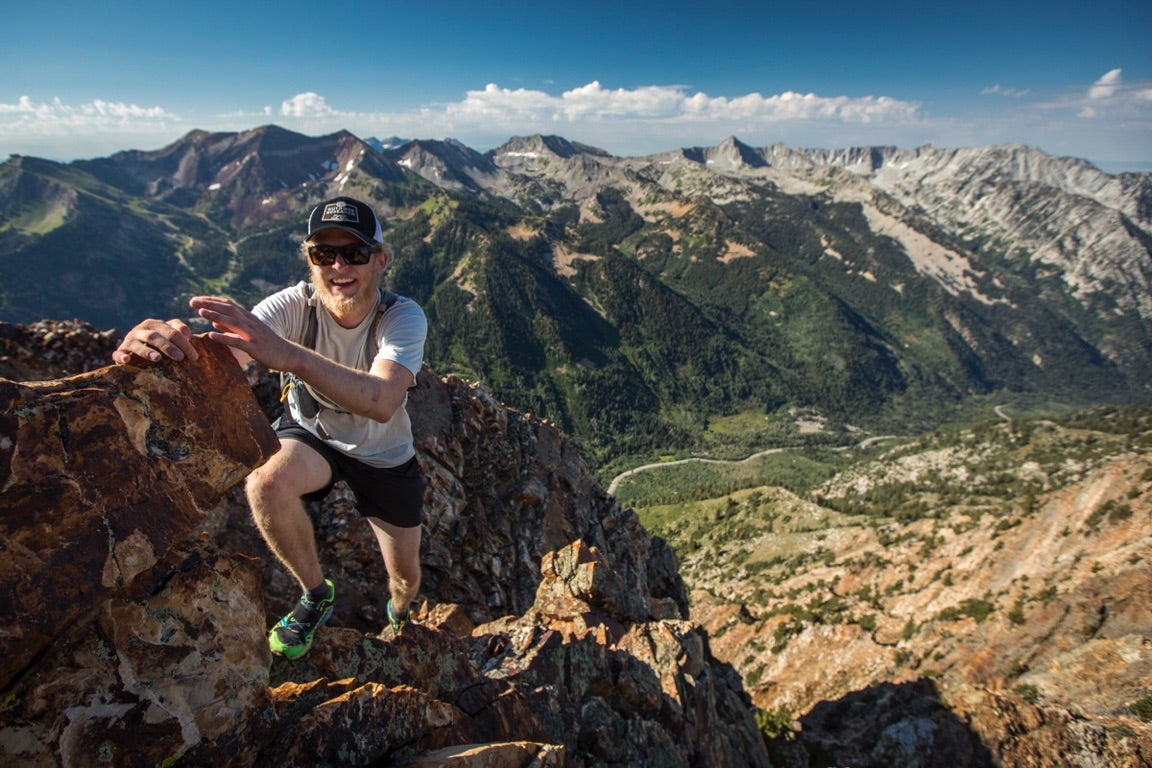 This just doesn’t feel right, I think to myself. I click off my headlamps in an attempt to better see my surroundings and navigate by the shadows of the ridges surrounding me. I click my headlamps back on and I am greeted by a pair of eyes, fifty feet directly in front of me. I stay calm, likely just a result of how tired I am, not necessarily mental fortitude. The chances that the luminescent eyes belong to a dangerous animal—a bear or a mountain lion—are slim. I smash two rocks together loudly, repeatedly. The eyes hesitate at first, but finally take off. The rhythm of steps and sound of hooves on rock make it clear it is an elk. See, no worries. I start running now too, in the correct direction, I hope.

18 hours ago, as I topped out on my first summit of the day, the East Twin of the Broads Fork Twin Peaks, the sun finished rising over the eastern horizon, and it offered my first view of the entirety of my mission: the Wasatch Ultimate Ridge Linkup, easier and better said as the WURL. The route, first conceptualized and completed by Jared Campbell, circumnavigates Little Cottonwood Canyon in the center of Utah’s Wasatch Mountains without dropping off of the ridgeline. Accounts vary, but the route entails approximately 37 miles and 18,000-20,000 vertical feet of elevation gain, all while crossing over 28 different summits. The route demands as much boulder-hopping and scrambling as it does running, making the quantitative measures only a hint at its difficulty. 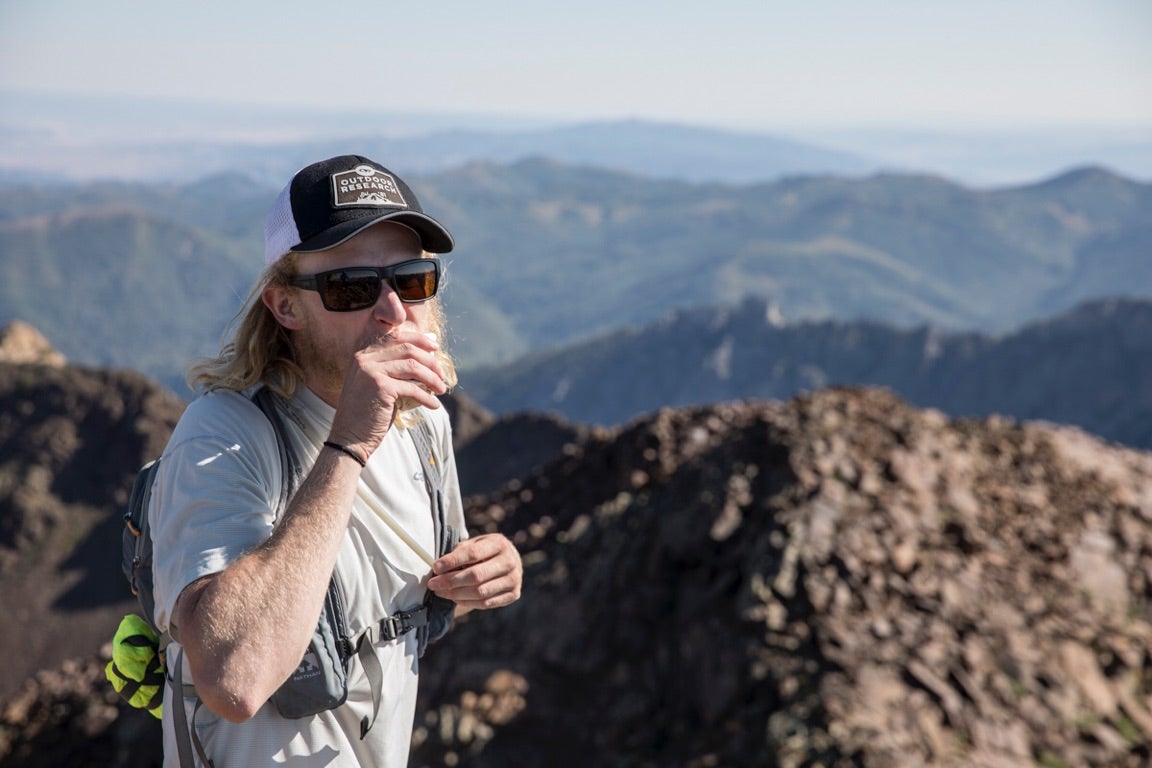 My goal today, and the biggest goal of my summer, is to run the WURL solo, straight-through in alpine running style, in under 24 hours. According to Campbell’s blog, the only true source for WURL history and a log of finishes, only five people have ever done so, including Campbell himself three times, and a list of both local heroes and globally notorious names, including Alex Honnold.  I don’t think that finishing in under 24 hours is paramount to truly complete a WURL, but this is my ambition, and after a year of thinking about it and a summer spent running these ridgelines, nabbing summits, I am the only one who will stop myself.

The first section of ridge this morning had me anxious, but it went well, and I skipped across boulders in between scrambling sections. I aced the route finding onto and up the south face of Monte Cristo, the last crux of my morning. Even in this moment though, my mind was racing. What about the sections I still have left? The end section, especially on Big Horn? I’ll be in the dark. Thinking ahead was pointless. I had to make it to the next crux before any worry about it would be justified. 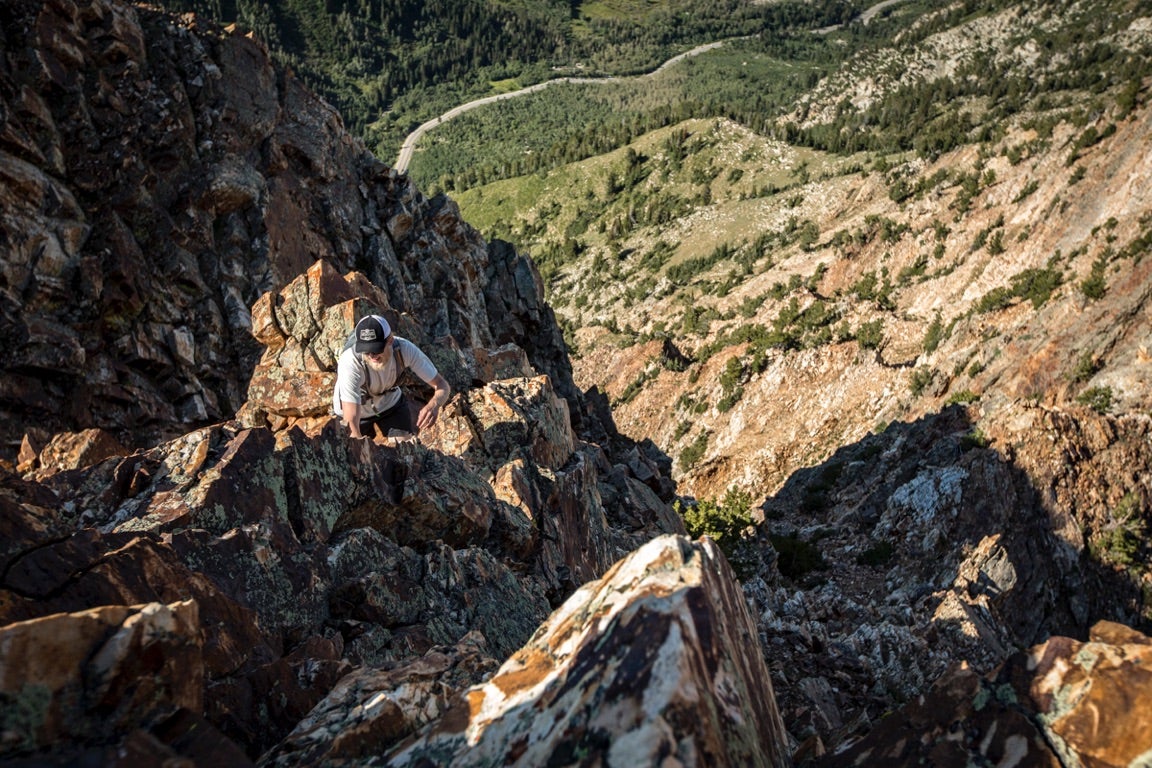 Over the following hours and the back half of the canyon, I flirted with the target pace I had set for time splits, pushing through bonks and nadirs in order to keep ticking off summits. Eating and drinking enough was a struggle. Friends had met me with a breakfast burrito and I eagerly chased stash after stash that I had placed on the ridgeline in the previous days, featuring jugs of water and food resupplies. A stranger named John happened to be running on Mount Wolverine, and helped boost my spirits with good conversation with someone other than myself or a mountain goat. I met another friend at the top of the Snowbird Tram, and he sent me onwards, caffeinated, but I could tell as I staggered away that he was worried about my sanity and ability to keep my body upright and attached to the exposed ridges of Red Baldy and White Baldy I was on track to scale. I would be lying if I didn’t admit that I was questioning myself at times.

Why am I out here? Why am I putting myself through this? 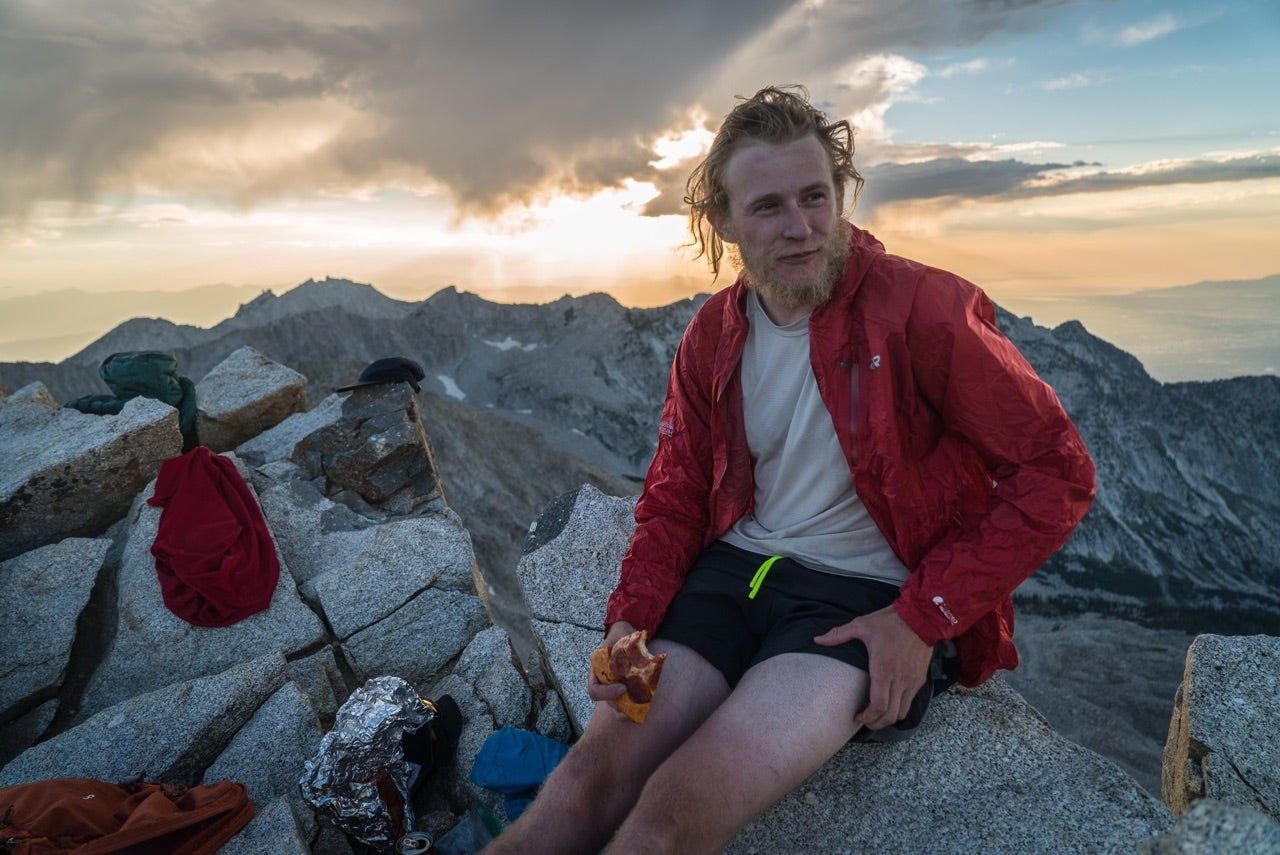 I made it to the summit of the Pfeifferhorn at 7:30, which meant I could still reasonably make my goal—if I didn’t get lost. My friends supplied me with pizza, Coca-Cola, and more water. The sky burned pink, casting a hearty glow on the west face of the Pfeifferhorn and fueling me with smiles and laughter as I galloped—okay, staggered—into the loneliest of nights that I won’t soon forget.

I’m here now and my redirection worked. I am at the base of Big Horn Peak. I get onto the ridge and scramble upwards with a purity to the climbing that matches the pitch of black in the sky tonight. Ask any WURL finisher what their crux was, and chances are that the majority at least mention Big Horn. There is only one safe way to traverse the ridge to the saddle with Lone Peak. Perched above exposure, people can get lost for hours if they don’t nail the route, especially in the dark. My time spent on this portion a few weeks ago pays off. I recognize the correct boulder of granite, and I’m on my way. 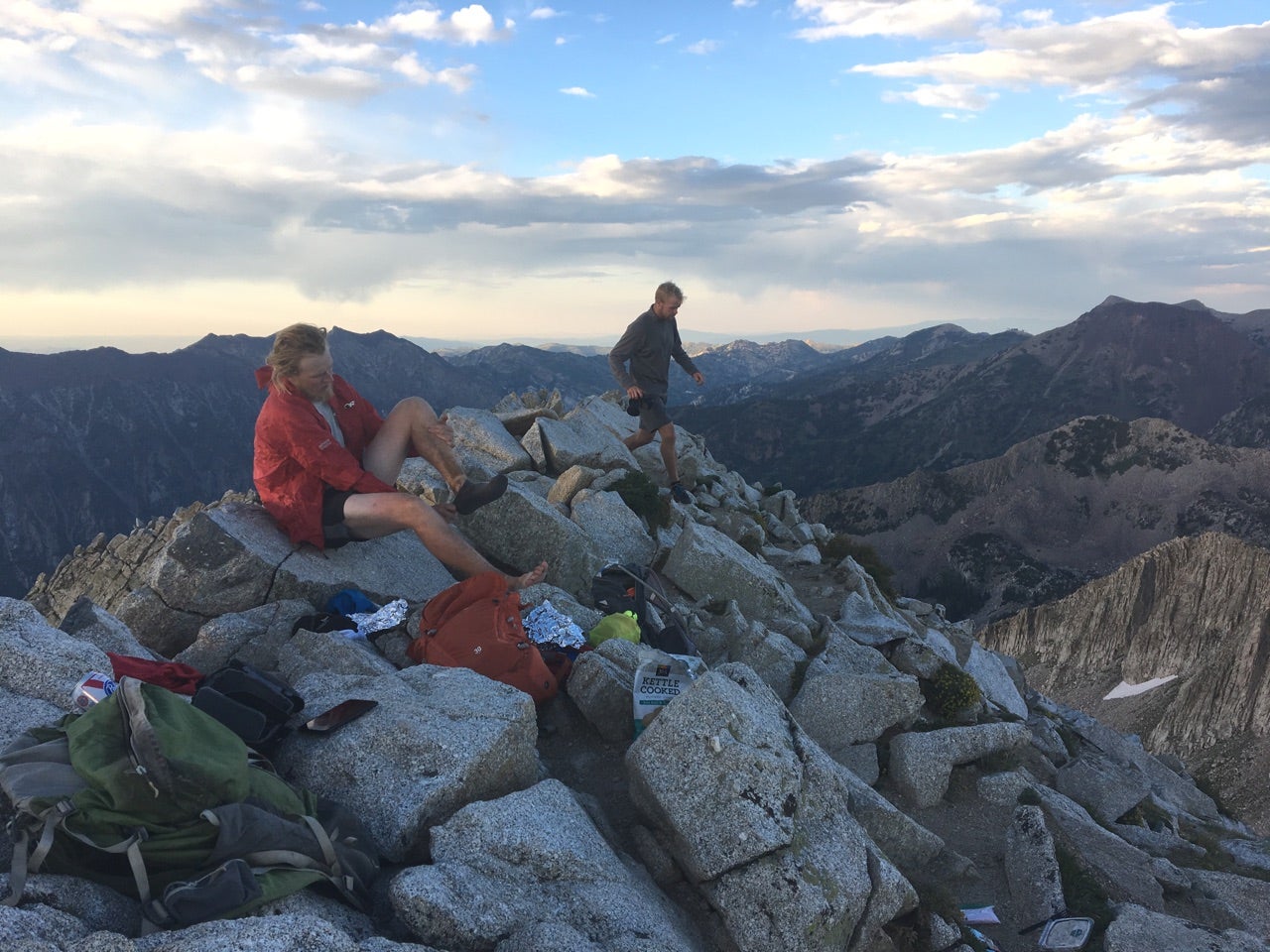 I am alone on my last summit, Lone Peak, with nothing to see but the city lights below and nothing to feel but the breeze arising out of the empty abyss off the cliff to my left. I will spare the details, but my body starts to shut down, but I have no choice but to continue as fast as I can, talking to myself to stay focused as I curse every loose rock on the down climb of the Notch couloir and bushwhack to the trail in Bells Canyon.

As I settle into a comfortable pace on a familiar trail, my mind is asking new questions. When can I give this another go? I know how to do it faster now, better. What ridge traverse is next? I can’t quite pin my finger on why I am doing the WURL. Really, I think it’s just been the ultimate way to spend a long day in the mountains, to push my physical limits, and for my head to find a clarity and purity I can’t seem to track down anywhere else in life. 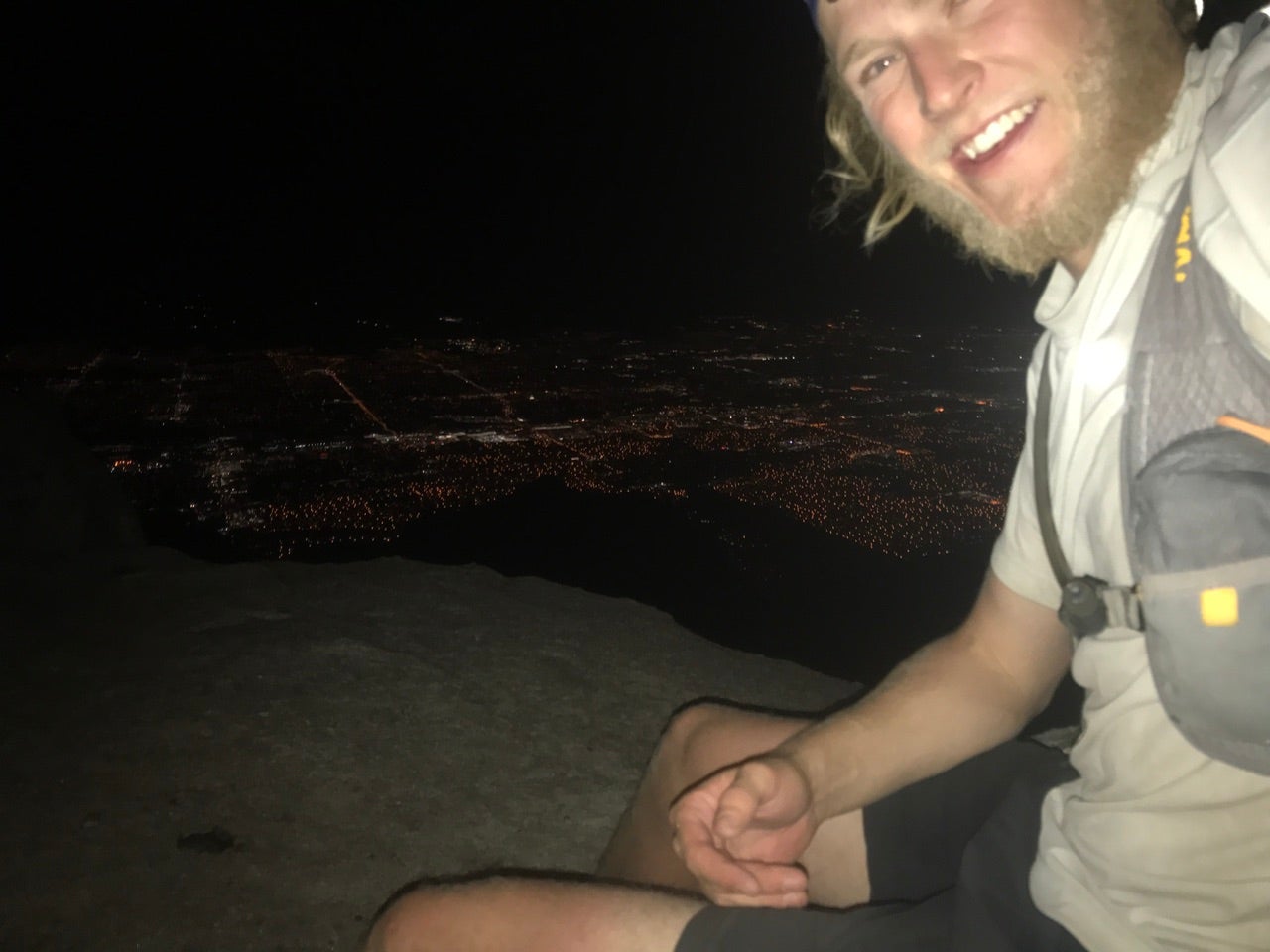 I run past the trailhead, into the parking lot. It is 3:34 a.m., 23 hours and 37 minutes after I started. The only time that really matters though is that it’s time to go sleep, and to eat another breakfast burrito.

So now you want to go WURL-ing too? Here are some tips:

Train accordingly. For me, personally, it’s been about focusing on a lot of vertical gain, learning to sustain for longer periods of time, and embracing the suffering.

Learn the route. Don’t be afraid to take the time to run sections of it ahead of time.

Make a point to be comfortable in the section that you’ll be on in the dark of night—unless you’re a beast and aiming for an FKT in all daylight.

Do it in late summer or early fall when there is no snow and temperatures have dropped. Aim to do it under a full moon. I wish I had been able to do both of these.

Last, but obviously far from least, have someone bring you pizza atop the Pfeifferhorn (a.k.a. the Pizza-horn). Don’t have any friends who like carrying pizzas up mountains? Hit me up. Seriously. 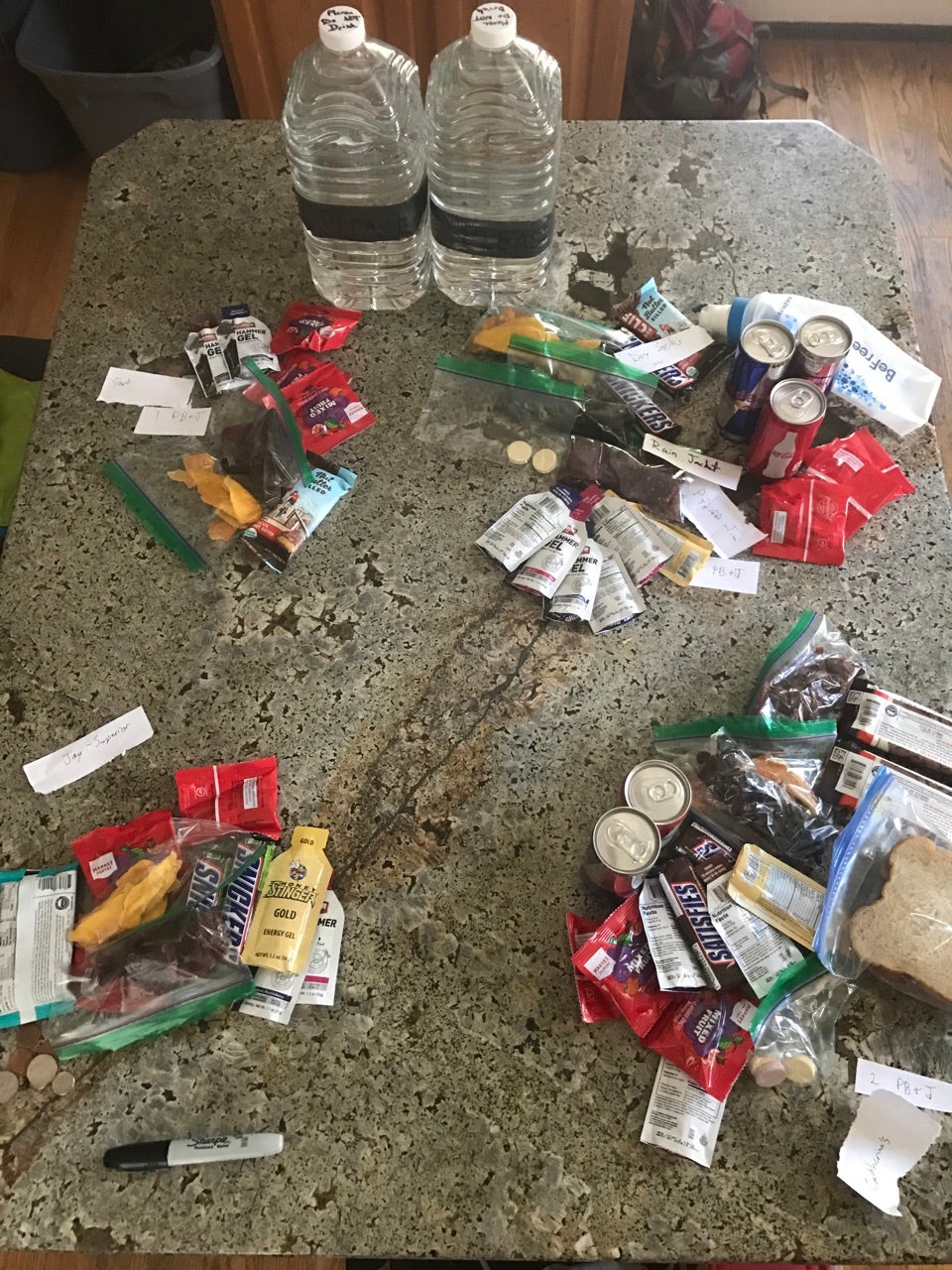 The gear I used:

For shoes, I suggest a pair of trail runners with good grip for scrambling and a strong sole due to the amount of time on rock. I wear the Dynafit Alpine Pro Men.

If you want to inquire about that pizza delivery, or to follow along on other adventures, check out Drew on Instagram at @drewpeterski.