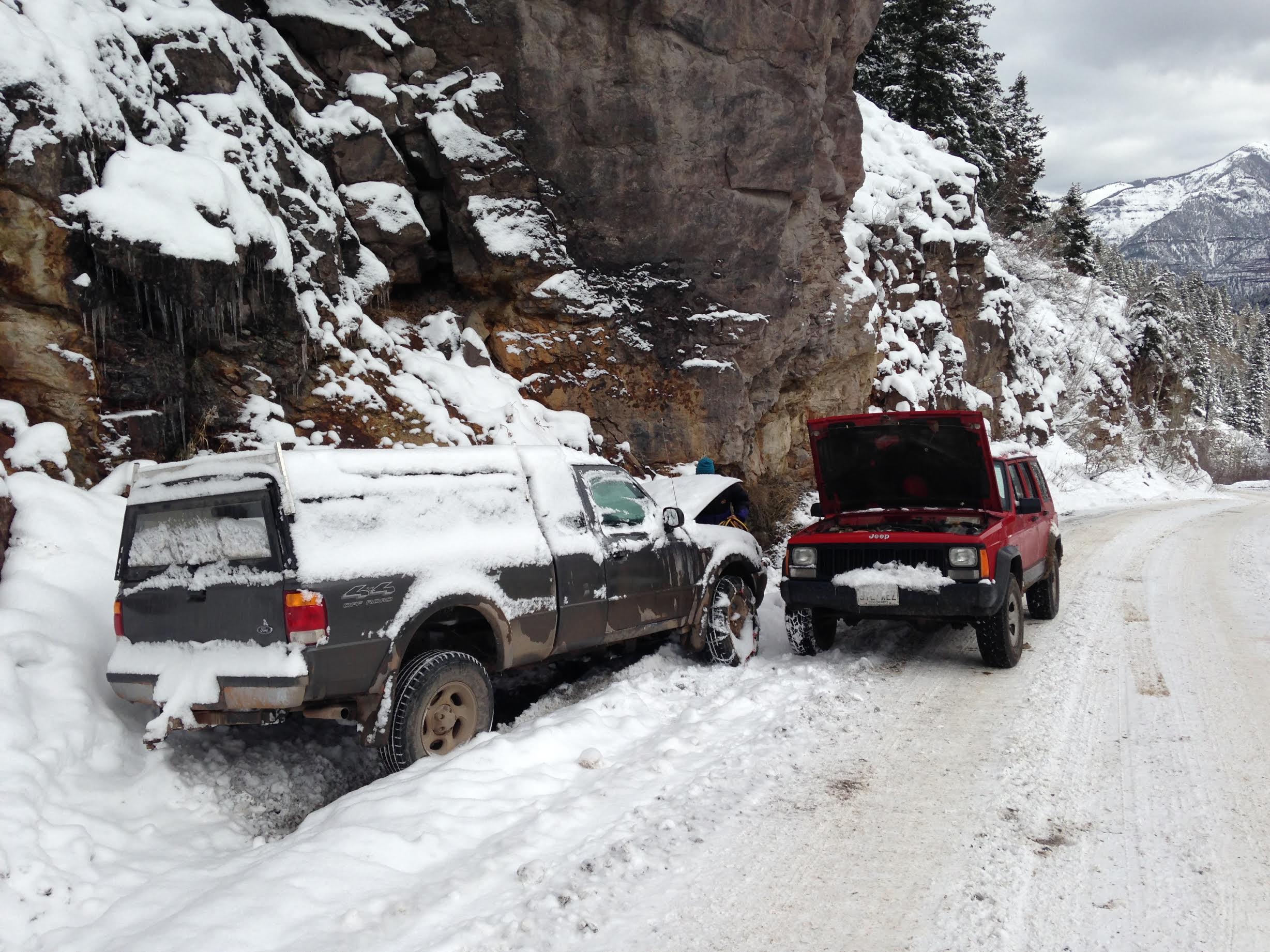 What does your choice of sleeping situation say about your likelihood of sending the next day? Maybe a lot. Check out your horoscope below to find out.

The Open Bivy
Lulled to sleep by the twinkling stars, you likely had the best view of all the campers. But unless you’re hard as nails, or from an indigenous culture, it’s going to be a rough day. Never mind waking up to a scorpion sting on your cheek, the only chance you had of sleeping well likely involved a fair amount of alcohol, which may also lead you to chase a big, late salty breakfast instead of that lofty summit.

The Hammock Sleeper
In my twenty years of climbing, I think I’ve only come across a couple people sleeping in hammocks. Here’s my theory as to why: There’s no possible way to procreate in a hammock, and thus natural selection has wiped out this species almost entirely. Otherwise, this lightweight, cost-effective approach to sleeping would be more popular outside of tropical resort photographs.

The Snow Cave
Although the effort it takes to make a roomy cave can be significant, once you do, you’ll be rewarded with your own little ice castle. It’s so quiet in these tomb-like chambers that you may never wake up. There is, of course, also the chance of that storm drifting you in, asphyxiating you before can wake up. A night’s sleep … an external sleep … let’s not get hung up on the details. As long as your wake-up alarm goes off, you’re good to go!

The Tenter
That thin sheet of nylon gives you a little privacy, but makes a racket in the wind. Anywhere in Wyoming should be off the radar for you. On this cold morning, though, it’s covered in frost and you dare not toss or turn for fear you’ll be waking up to a blizzard. Coloradans, tents are not fireproof! Remember to be careful not to pull a Jon Kraukaur and set your tent on fire during your morning wake and bake.

The Pick-up Truck Topper
Your small stature—usually required to appreciate such a low ceiling—will require a little extra approach time due to those stubs you call legs. Hopefully you spent the extra money on a four-wheel drive, so you won’t have to walk at all to your upcoming climb. Instead, you can take that time to brew some fine espresso on the tailgate of your truck. It’ll only be a matter of minutes for the caffeine to kick in and your partner’s ears will be bleeding from your rapid-fire beta spray down of every climb you’ve ever done plus a few you haven’t.

The Van Camper
You’ve been fortunate enough to find Goldilocks’s perfect vehicle, not too big, and not too small. You’ve got just enough room in your rig that the odor of smelly rock shoes is concentrated to the point of warding off any unwelcome climbers. And if you’ve got one of those fancy Sportsmobile rigs, then you are a god amongst campers! Clearly money is not a concern either, so with your top-of-the-line gear and zero approach, you are nothing but an embarrassment to yourself if you don’t send—every time. 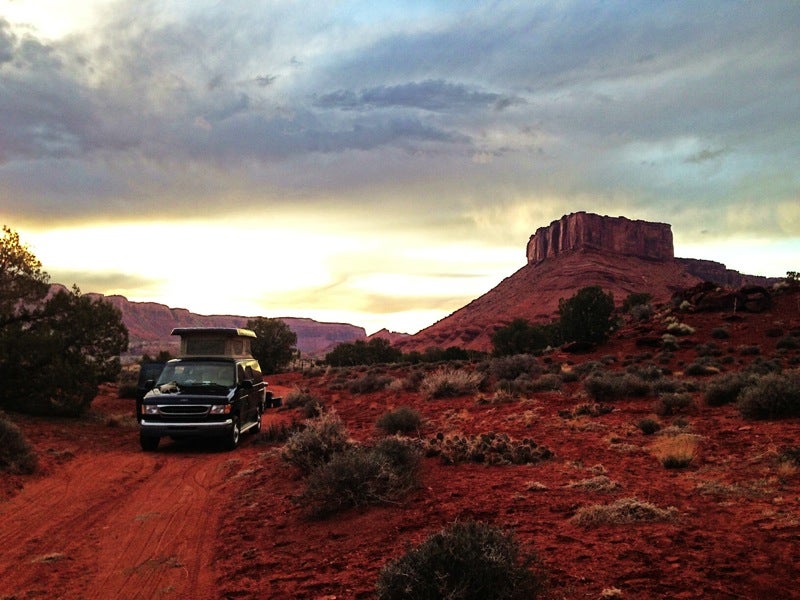 The RV Camper
You’ll have the longest of approaches because the only place you could find to park that beast was two miles before the trailhead. Your longer walk, however, will be rewarded by a warm night of fine rest. In fact, it may be so damn comfortable in your rig that you may choose not to climb at all and instead stare out the window from the comfort of your sofa. Once the weather turns, the rest of the campers will be huddled under your awning like a pack of stray dogs, and smelling like wet dogs. Don’t be tempted to feed them or let them in for fear they may never leave. Instead, kick back in the recliner and throw on one of the old Masters of Stone videos on your big screen TV. 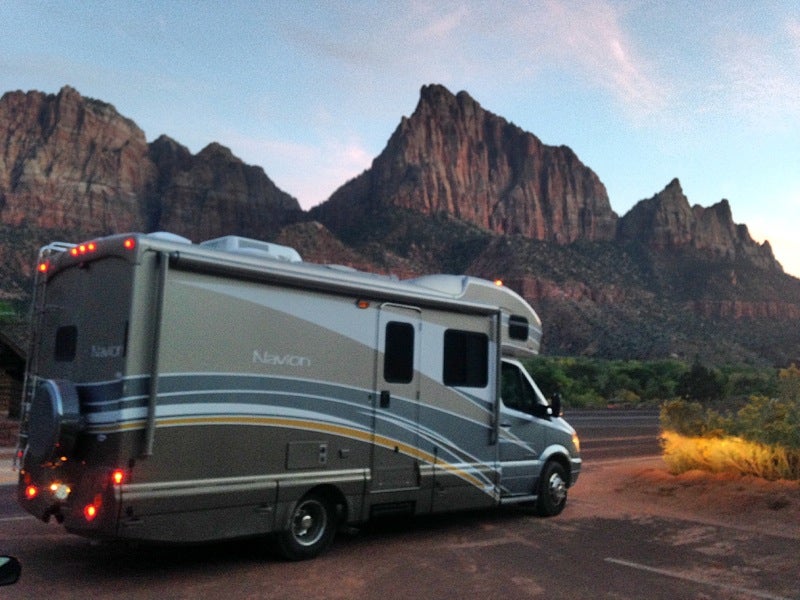 Jason Nelson - throughout his lifetime of camping, Jason has tried each of these methods of biving, except the hammock, because nobody actually sleeps in a hammock. Recently, he has shed the cumbersome nature of a house and “bivies” every night in the comfort of his RV with his wife Lisa. He’s thinking about getting a dirtbike to pull behind to solve that added approach distance problem.