Why I’m Lobbying Congress As A Climber 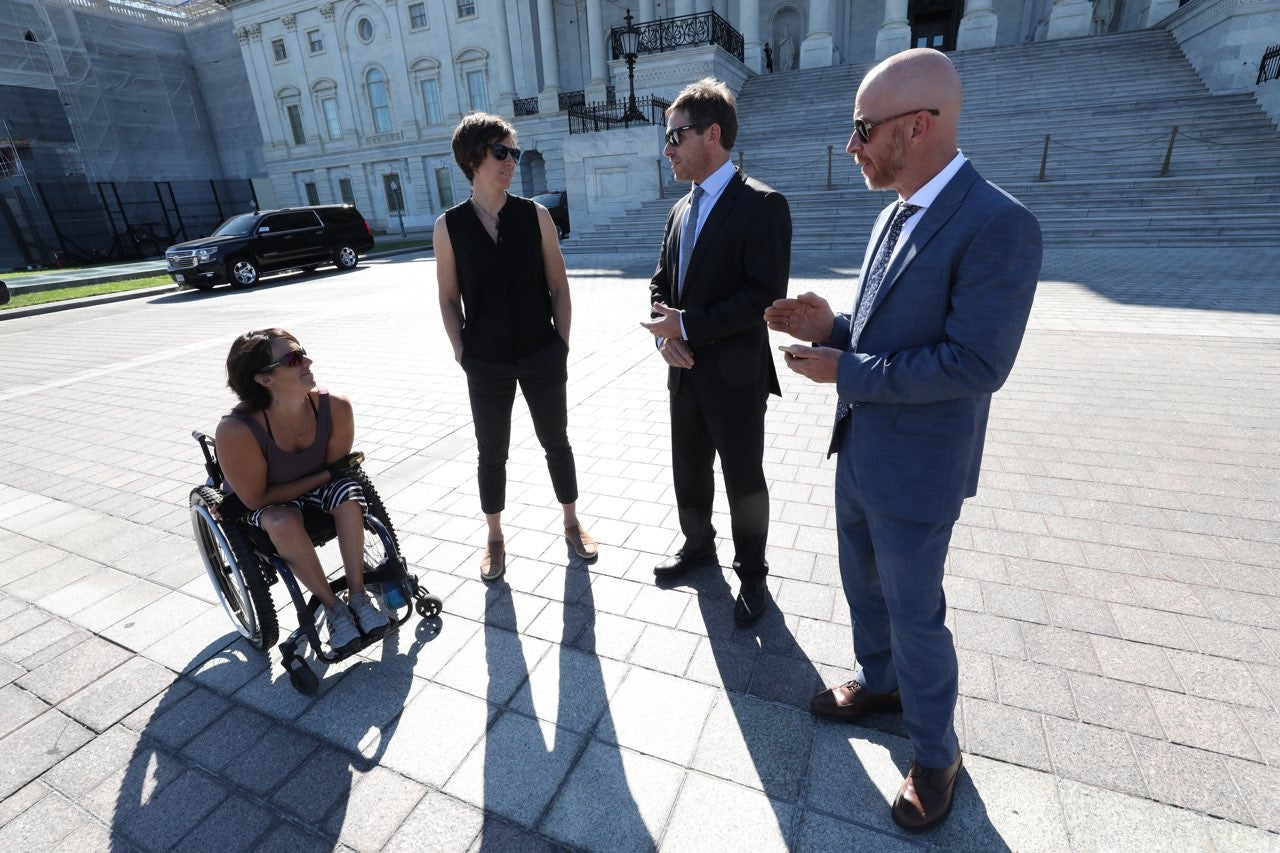 This fall, Madaleine Sorkin joined other representatives from the American Alpine Club and the Access Fund in speaking up for the values, needs and concerns of the climbing community with government leaders in Washington, D.C. It was her first time lobbying—and from the sound of it, it probably won’t be her last. Here’s what it was like, and why she wants you to get involved, too.

Even though I grew up in Washington D.C, I'd never lobbied on Capitol Hill before. Coming together with climbers on the hill was significant for me. I experienced our collective voice and an organized and influential one that politicians are interested in dialoguing with. I think experiencing a demystification of the lobbying process, and our community as increasingly politically mobilized, is an important step for me becoming more involved.

We literally walked all over Capitol Hill! In one day, our group of climbers collectively had 65 scheduled meetings with Congress people, senators and staffers. I was on the Colorado lobbying team. This team met with Democrats and Republicans and discussed public land bills important to our state such as the CORE Act.

Seeing the passion that some climbers have for this work was motivating for me to become more involved. Erik Murdoch, the policy directory of the Access Fund, was on fire in the meetings, and I loved seeing how he strikes a balance between policy advocacy and relationship building in conversations. 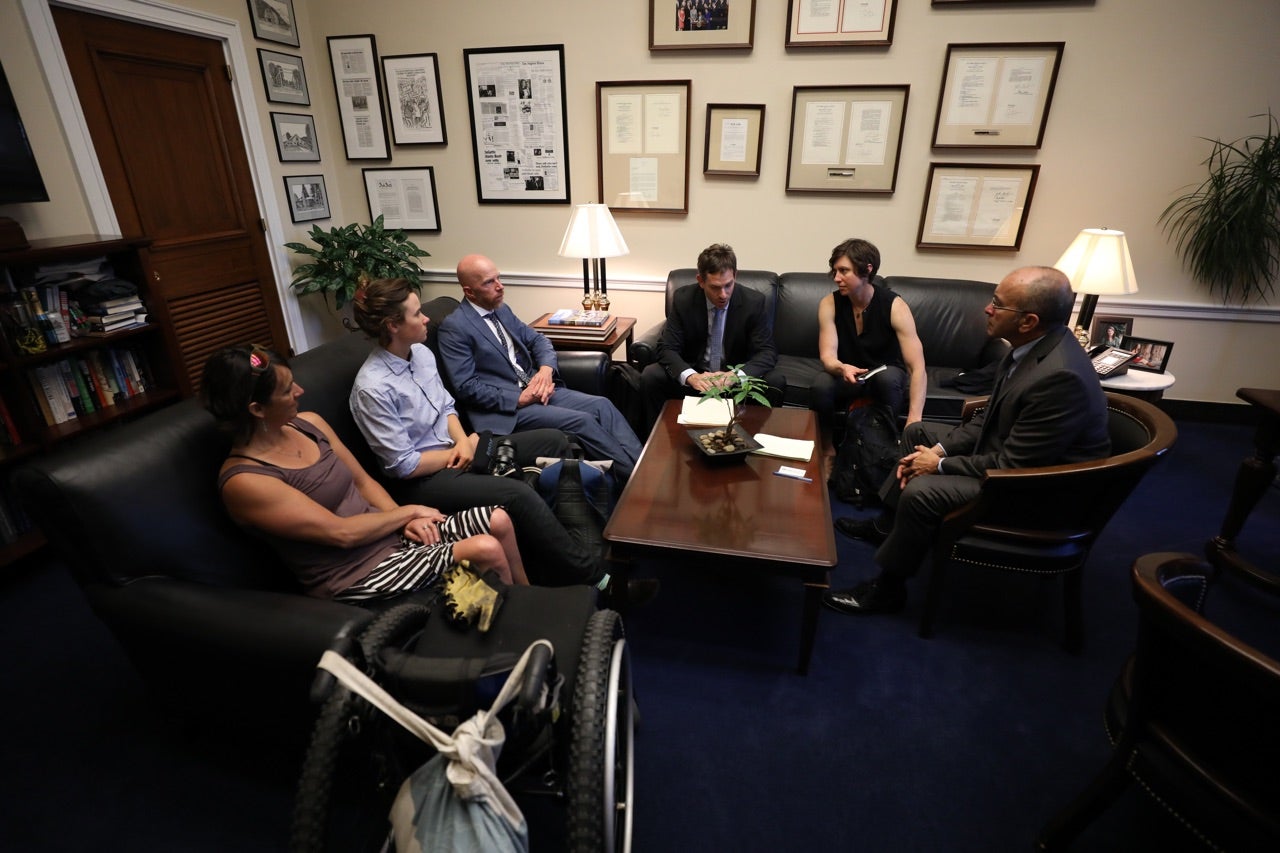 Why climbers should be talking to their elected officials.

Climbing is increasingly mainstream and climbers largely have a positive public image. The politicians we spoke with were interested in our unique perspective as people who spend intimate time in the mountains, and in this sense can represent the mountains. We can be a voice about the impacts climate change and fossil fuel extraction on our public lands and support policies that protect and defend our environment. I think the climbing community can be a bridge on bipartisan issues like climate change, and we may be surprised who will listen to us.

I’ve been in the climbing community for 20 years as a sponsored athlete, a guide and active steward of public lands. While it’s easy to say “keep politics out of climbing,” politics have a direct impact on everyone, and issues that I care about such as the protection of the public lands from development and climate change policy were central to the Climb the Hill lobbying focus. 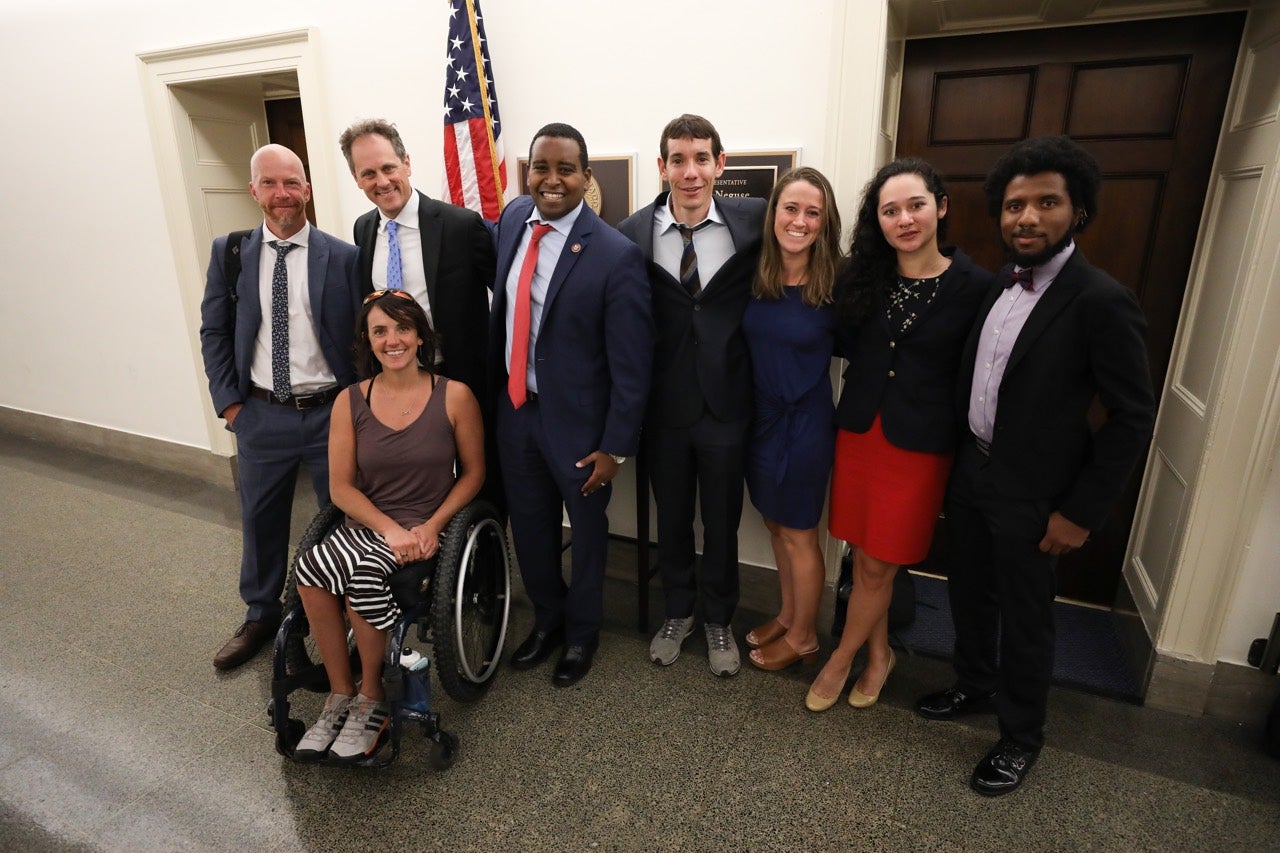 How do you know you’re making a difference?

Lobbying is an interesting activity because the impact is often obtuse. Unlike trail building, there is no satisfaction of a job completed. Instead we went there to build relationships and have a solid showing of our collective voice as climbers. This felt huge. What the results of those meetings will be less obvious but can be surprising. I'm trying to be part of a movement that’s learning to better communicate our priorities, educate ourselves on issues and engage other climbers in individual and collective actions that we can all be doing.

While I see that my individual actions such as voting are important in maintaining our democratic rights, I think it’s these collective actions that will really shift policies, and it’s inspiring that the Access Fund and AAC have been building a movement of politically literate and engaged citizens within our climbing community. I encourage everyone to get involved.

What’s something we can all do, even if we can’t go to D.C.?

Look into any public lands bills in your state and which candidates are endorsing them. Check out the Access Fund website for education in current issues to get involved in and contact your representatives about. You can also contact them directly about what is happening in your state.