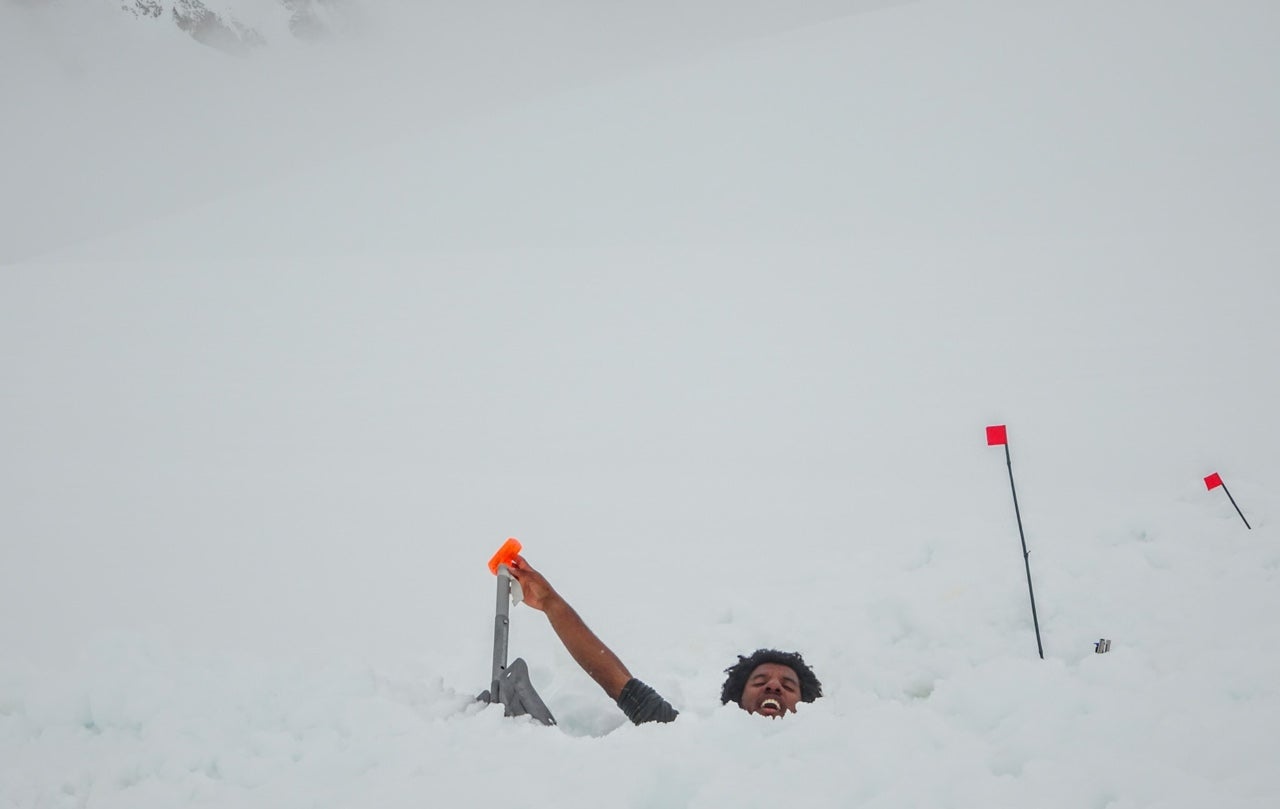 I love lots of things in life. Puzzles, neuroscience, memorizing long sets of numbers, semicolons, my heritage, my culture, film and photography. But in recent years I’ve become infatuated with mountains, and I’ve referred to myself as a young African American mountaineer and rock climber. But I hail from the Southside of Chicago. And for those of you who need a little context, Chicago is part of the American Midwest, which means it’s one of the flattest places on earth.

The words Midwestern and mountaineer aren’t often synonymous. When I was younger I went to the library and devoured all the books and films about mountaineering. I read stories of grand expeditions and dreamed of learning the technical skills that would allow me to travel and play in those spaces. I was inspired by the tales of individuals who dreamt of the impossible and were just crazy enough to run after their dreams.

It’s nice to see that there are other successful Midwestern alpinists and mountaineers, like Sophia Danenberg from Homewood, Illinois, who was the first African American to climb Everest. And NOLS founder Paul Petzoldt, from Creston, Iowa, who climbed the Grand Teton in cowboy boots at age 16—and was thought to be the youngest to climb the peak at the time. There’s also Tom Hornbein. If you don’t know who he is, Google him. 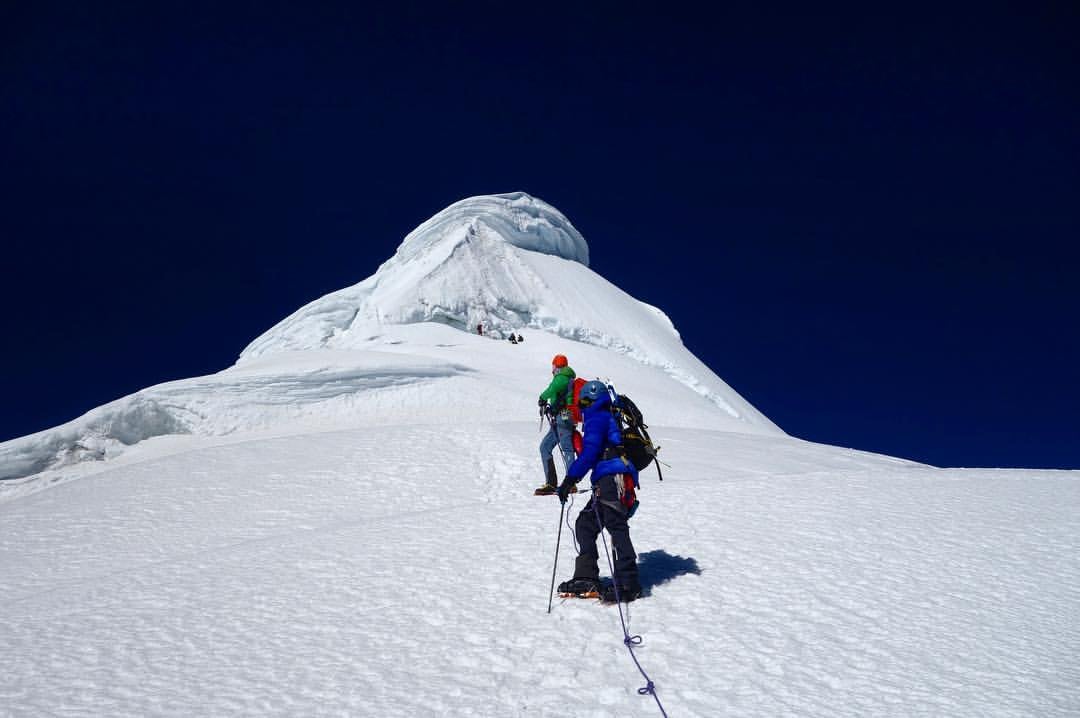 Eventually I decided to run after my own dreams—to fly down to Huraz, Peru, and spend a month learning various skills in the Cordillera Blanca. I had no prior experience. But I met such impressive individuals—especially the locals who ran up the mountains with ease, in sandals and always sporting smiles on their faces. And I summited my first peak, called Ishinca (18,143ft), and eventually decided to climb Tocllaraju (19,796ft). I realized on this trip that I hated being cold, waking up early, and continuing to move when my body hurt—but that it was all worth it when the sun rose over the horizon and my eyes were blessed by the extradentary views. It was all worth it for the friendships I developed, the learning, laughing and living among others who were running toward their dreams.

Still, when I mention my love of the mountains, as an individual from the Midwest, I often receive looks of utter confusion. Friends, family and strangers don’t seem to get it. But in many ways, growing up in the Midwest has actually given me gifts for my mountaineering life. Here are a few of the ways life in the flatlands prepares Midwesterners for high-mountain adventures.

The weather has already tested us.

In the Midwest, specifically Chicago, we’ve been known to have massive snowstorms, which have provided me with some of the best training for the mountains that I could ever have asked for. On my most recent trip to the Eastern Alaskan Mountain Range, my friends and I got caught in what we thought were probably remnants of a typhoon. The storm’s high winds and whiteout conditions forced us to hunker down for five days with minimal food and fuel. This reminded me of my training back at home and the times it snowed so hard that we abandoned our cars on the highway and hunkered down at home. Though, of course, with easier access to food and water. 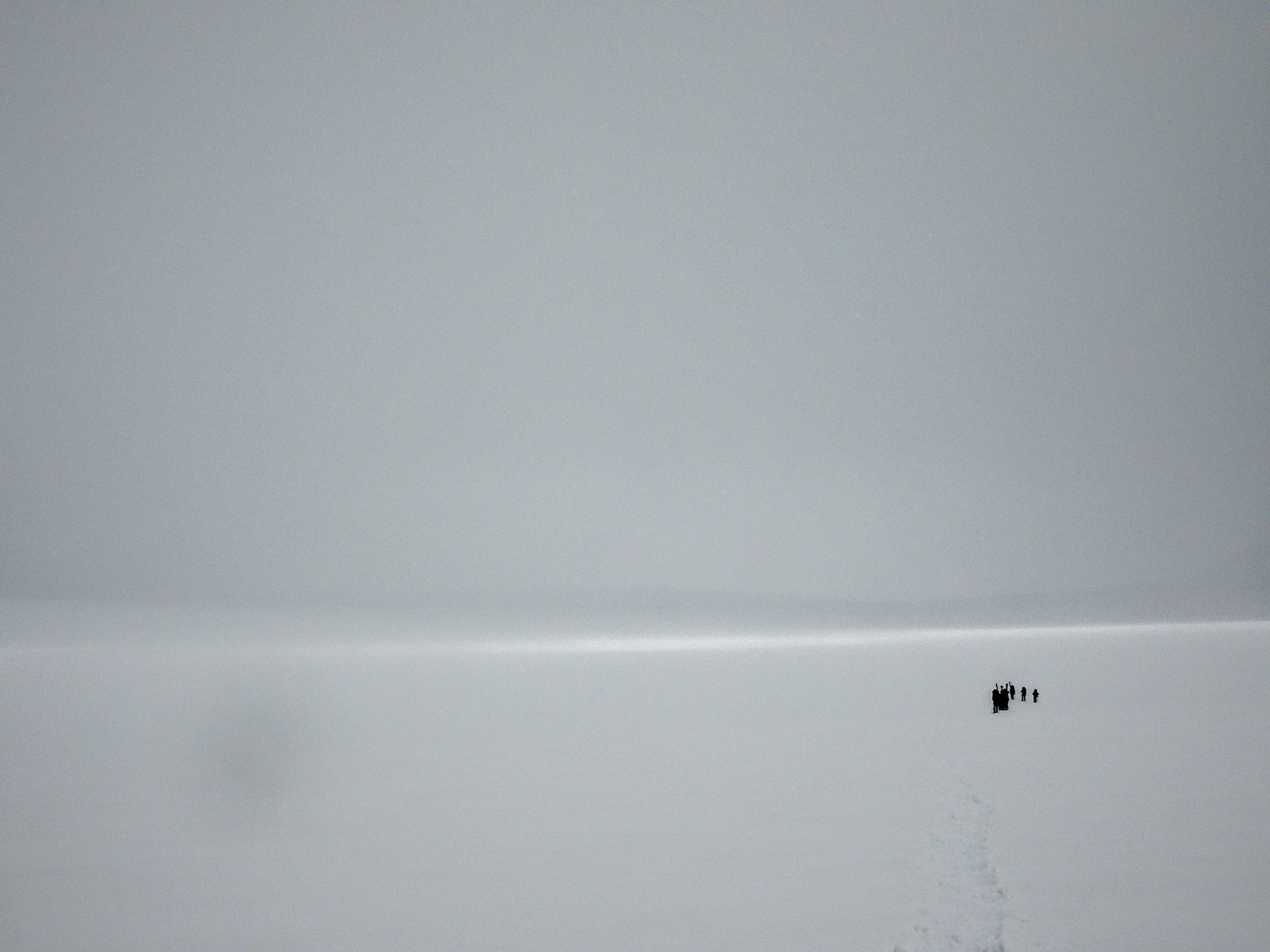 As a rock climber from Chicago, it took me six to eight hours to get to the Red River Gorge in Slade, Kentucky, and two and a half hours to Devil’s Lake near Baraboo, Wisconsin. Whether I am making a long solo drive to the crag to meet my friends or traveling on a rope team 25 to 30 feet from my partner, navigating glacial terrain, I’ve learned how to keep myself entertained. It’s the art of crafting fun challenges in my head while in movement. It has also taught me to take full advantage of the moments where I reconnect with my friends, filling every second with laughter, meaningful conversation and appreciation for the people I’m with.

The adversity makes us tight partners.
We—who live in the Midwest and love playing outdoors—are a small crew of weekend warriors who travel long distances together and make the most of the short amount of time we have to play in the places and spaces we love. This has prepared me for the deep lifelong friendships I’ve found in the mountains. The relationships that developed from living through some of the most intense environments in the world and knowing that you are actually holding your friend’s life in your hands, and your life is being held in theirs. We’ve shared those moments, in some of the most beautiful places on Earth, in silence, laughter, tears of joy, love and sometimes sorrow. 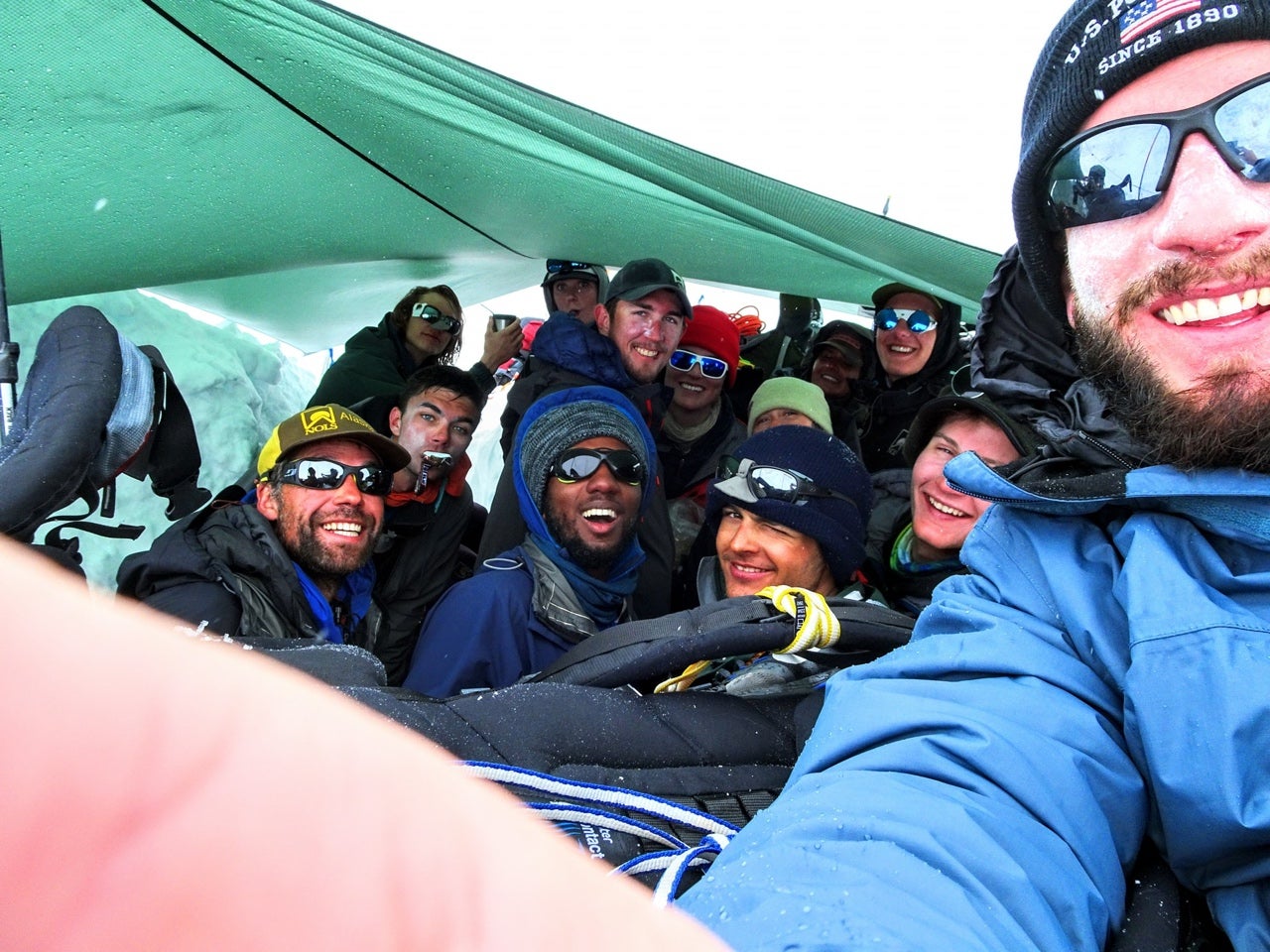 We’re less likely to take it all for granted.

Because Midwesterners don’t have easy access to mountains, we’ve learned to appreciate all of the moments that we have within the mountains. This gives us the strength to weather massive storms, hunker down with style and keep pushing when our legs are tired and our bodies hurt (within reason, of course; self care is real). This appreciation allows me to see the beauty in all moments that I have in the backcountry, to realize how blessed I am to be able to travel within these spaces. This appreciation reminds me to take nothing for granted, to thank God or Mother Earth, Whom/Whatever may be for my health and ability to go as far as I’ve gone and to see all of the things I’ve seen. It reminds me to never let a friend leave without letting them know how much I love and appreciate them—because there might not always be a next time.

So, the next time you see a young Midwesterner feverishly watching Meru, Into the Void, K2, etc. or reading Mountaineering: Freedom of the Hills from front to back, encourage them to follow their dreams and curiosities. The mountains are theirs just as much as they are anyone else’s. I’ve traveled to places like the Cordillera Blanca in Peru and to the massive glaciers and peaks of Alaska, and the more I travel, the more I become grateful for the flatlands that raised me up. I become more grateful for the Midwestern blood that flows through my veins.

I would like to thank and recognize all of the Native Tribes and people whose land I have traveled, explored, and played on:

Sending so much love,