The Father Factor: Why This Alpinist’s Dad Never Says, Be Careful 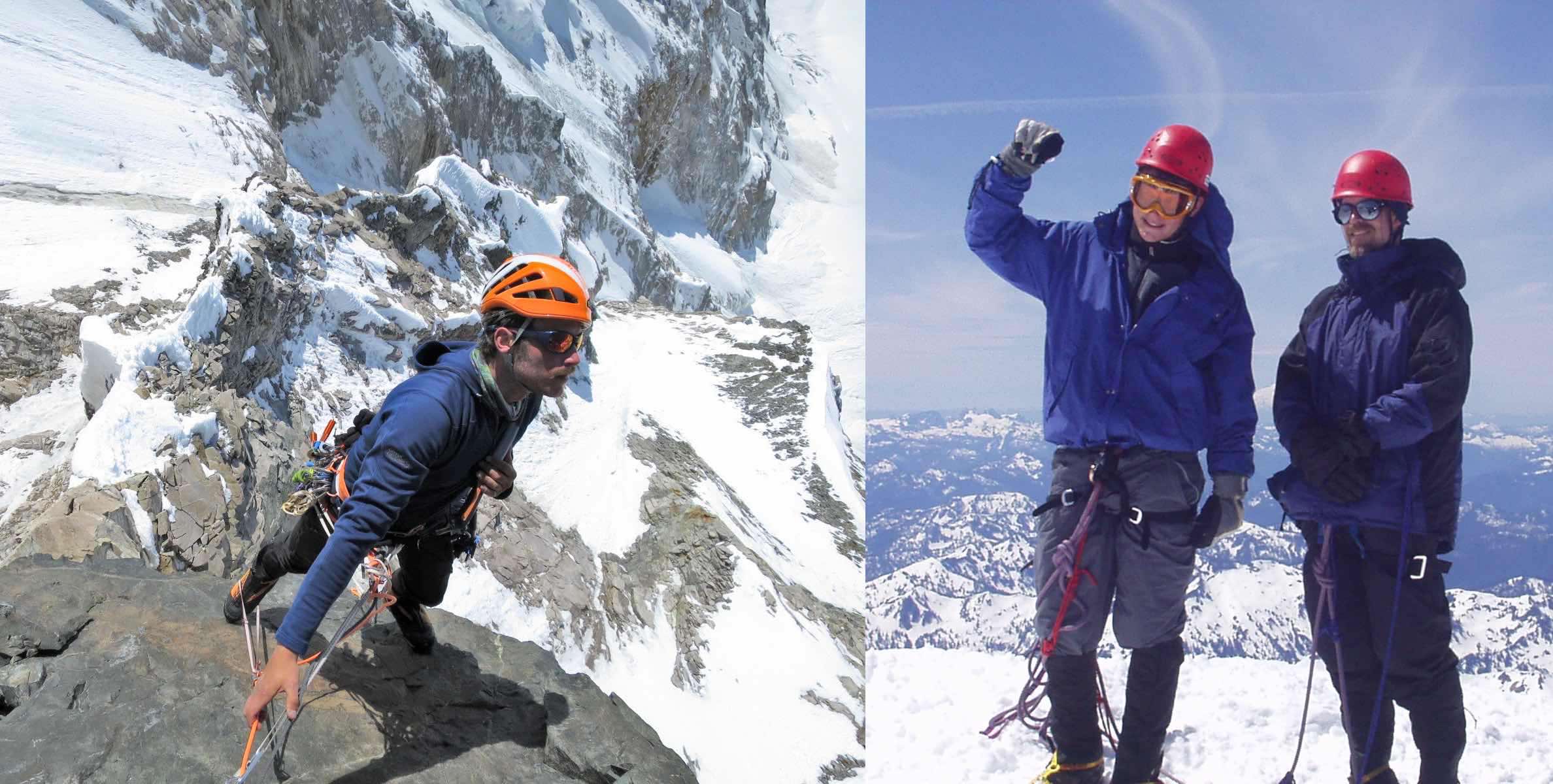 My father Jeff Zimmerman is many things, but I don't think that he would consider himself a "climber." Yet this hasn’t limited him from enabling me and encouraging me in my climbing. That empowerment has been one of the great gifts he’s provided me. So for Father's Day this year, I decided to sit down with him to talk about those experiences, from how he first got me into climbing in Washington State, to his story as a wild child from Kansas—and something that he shared with me that I always take into the hills.

Dad, why don't you start by telling us who you are and where you are.

"I'm Jeff Zimmerman and I am at our house in Edmonds, Washington. I am not from Washington originally—I'm actually from Kansas and grew up there until I was 25 years old. I met Jane, your mom, and we went off to New Zealand and that's where you were born. We spent four years there and after we had you and your sister Greer, we moved to Seattle.

Kansas, you know, it's a very flat place. I had no exposure to climbing whatsoever growing up.

I worked with a gentleman named Brian Pendleton. And Brian is a really strong outdoorsman. He had offered the opportunity to climb Mount Adams. You were now a snowboard instructor and showing a flair for the mountains, and so you and I did that twice when I think when you were like 13 and 14. And those were really good experiences. But I think we were both kind of interested in something a little more challenging.

There was another fellow I worked for, Ali Alami, and Ali basically gave us some training with rope and crampons. Then in 2002 we went and tackled Glacier Peak. And it was, to me, like a really big deal."

It was a really big deal for us. I remember it being kind of out there ...

"There were five of us. And we spent the night on the ice, kinda got up high enough to where we're just at the edge of the glacier, and then got up early the next morning and embarked on a rope with ice axes and with crampons, and we're just making our way slowly up the glacier. 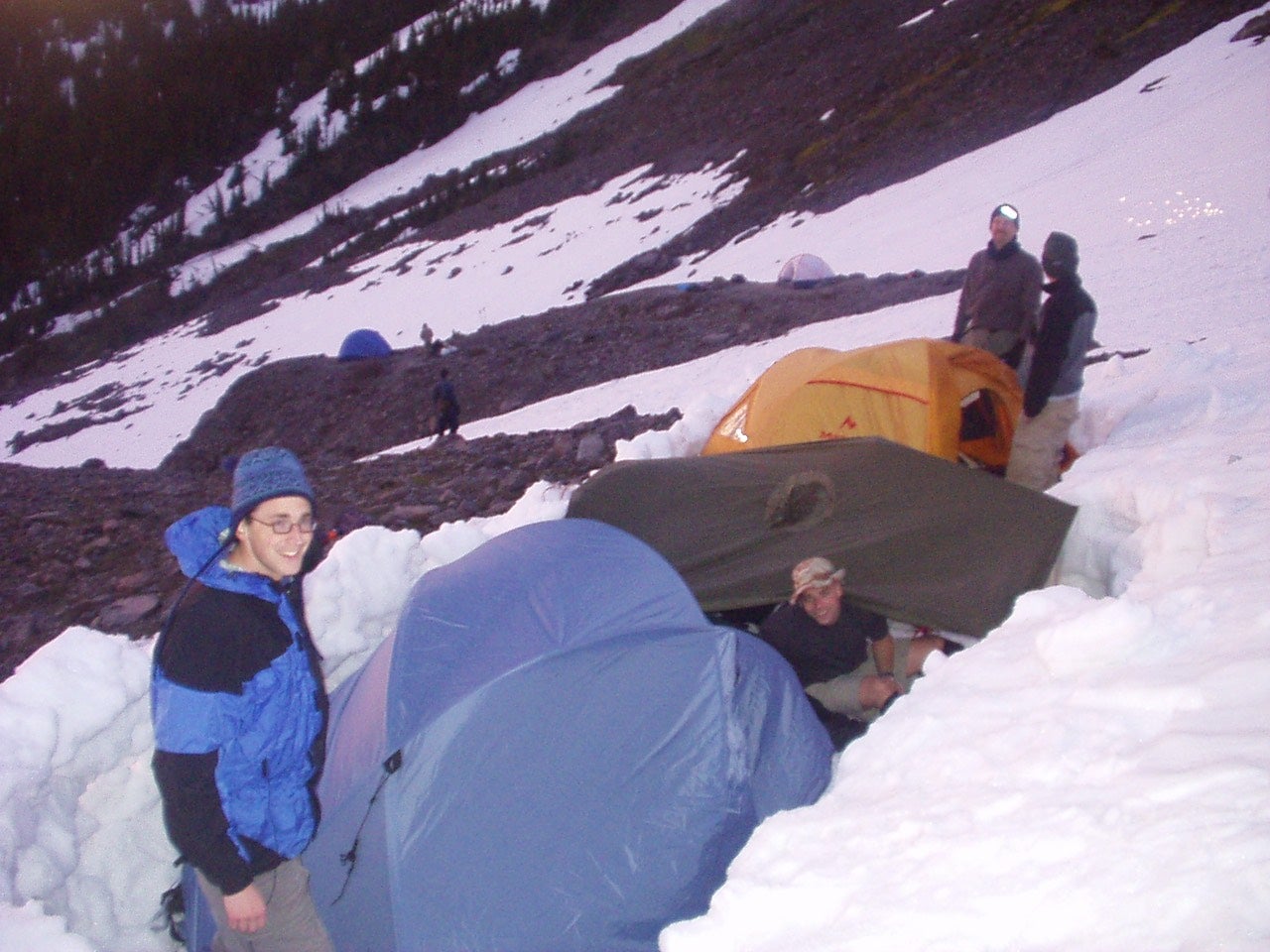 I remember we cut over under a cornice and then around an edge. And then we ended up popping out on top. It was hard work and man, it was amazing. Pretty epic for a Kansas boy to be doing that!"

For me, climbing is something that was initiated by you—you being offered an opportunity and saying yes. And then inviting me along. I have a lot of gratitude toward you because you're the one who said yes to the original climbing opportunity and then brought me along.

"My feeling at the time was, yeah, you're probably going to do this again. I don't know where it's going to go for you, but you were the type of kid who I could trust that you would go to the right place with it. And that's beautiful.

To see you progress and grow into a very high-level athlete who is an outdoor entrepreneur, it's been a joy to watch your progress through it."

You guys left Kansas in 1985 and moved to New Zealand with a kid on the way and figured out work and figured out where to live and all that. And it's something I really consider my climbing career to be a kind of a progression on—the grit and bravery you so clearly demonstrated in those decisions.

It's really interesting for me to look back and see that you introduced me to climbing, but you also introduced me to the idea of executing on huge ideas and things that did not have guaranteed outcomes or really any known outcomes, just launching into the unknown.

"That's beautiful. And I think it's all very circular. I love the way it feeds back on itself."

The last thing I wanna talk about is this: you understand what's going on up there. That's really demonstrated to me by the saying that you've been sending me off with on expeditions for over a decade now. You tell me to “be smart, be safe, and be bold.” And it really shows me that you understand this is a game where you have to create a balance between being brave, being bold, and you also have to be safe. And balancing those things requires a lot of knowledge and intelligence.

"For me it's like a meditation on the word "BE." When you're going off on those expeditions, you need to be light in what you carry. I think that applies to stuff you have with you and also the stuff you have in your head. So I really liked the brevity of that, but I actually have given a lot of thought to the different things just to put with “Be.”

One of the early things you gave your mom and me, when you were starting to take on bigger and bigger objectives, was when you said, “You can't worry about me because that worry will find me and it will creep in and will affect my strength as I do what I have to do, so your job, mom and dad is to hold me in white light." And I'll tell you, we take that very seriously.

I don't use “be careful.” It has a little aspect of worry in it. So I can't give that to you to take with you—you need to go in strong, and you have to be fully committed." 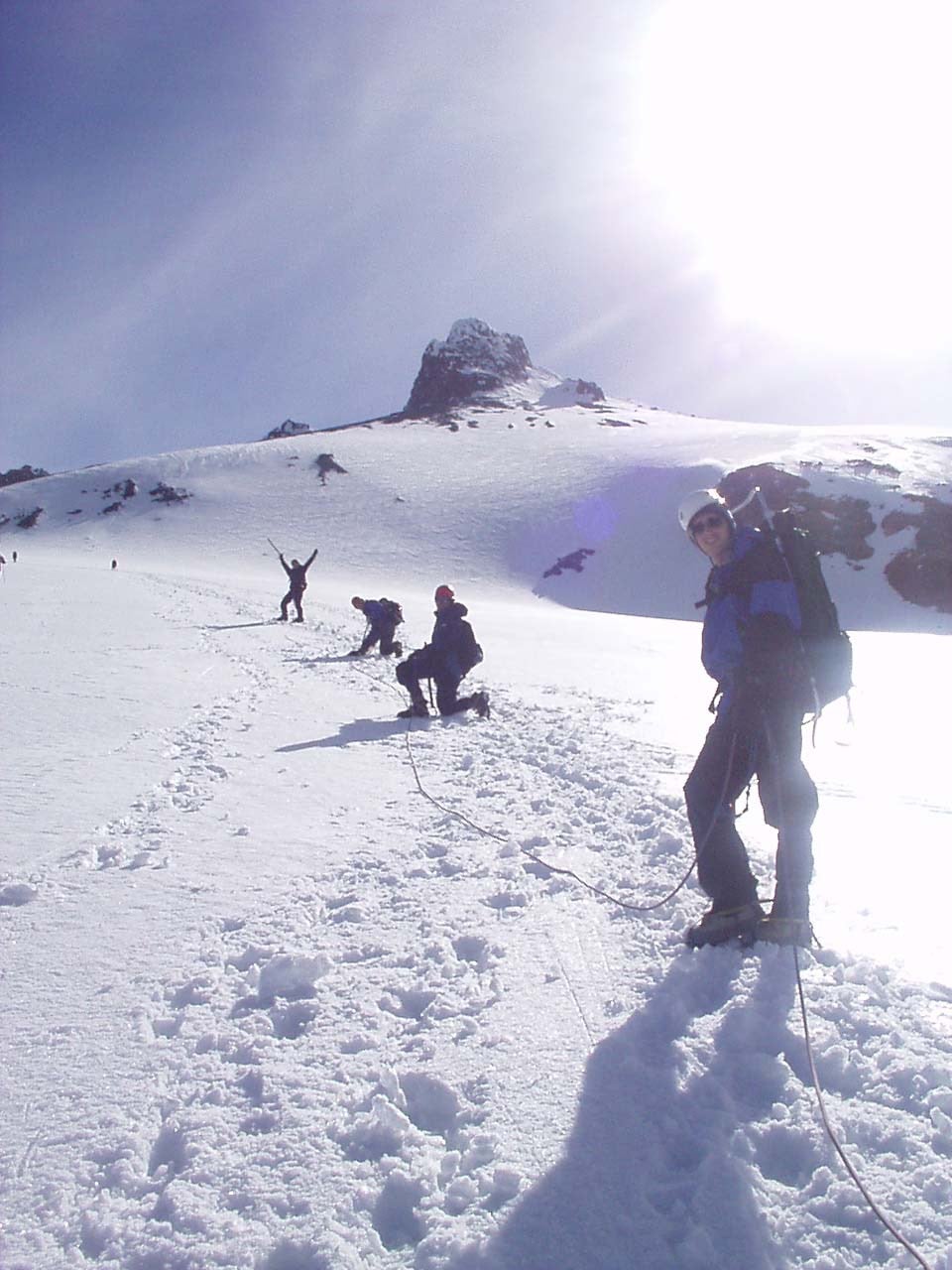 There've been times when I'm up on a big climb and things get very repetitive. I'm climbing steep ice or steep snow and dealing with a lot of fatigue. I just have to keep going because any time I'm not moving is time where I'm not getting closer to the goal. It's a very meditative space. And I've had a number of times where that “Meditation on Be” is just cycling through my mind in this space:

Plant the tool, be smart,

Planted to be safe,

I'll cycle through that. I've done that for hours and hours, and it's really cool. It's this really nice way for me to be up there and feel that you're up there with me, guiding me in good decision-making. Stay alert, don't f**k this up, “Be smart, be safe, be bold.” It's something that's pushing me upward in a way that’s encouraging me to make decisions and make sure that I come home safe and I really appreciate it and I appreciate you.

"Thanks Graham. This has been fun."

Hey, I love you, Dad. You're awesome.

"Thanks. That makes me feel very good. I love you too."