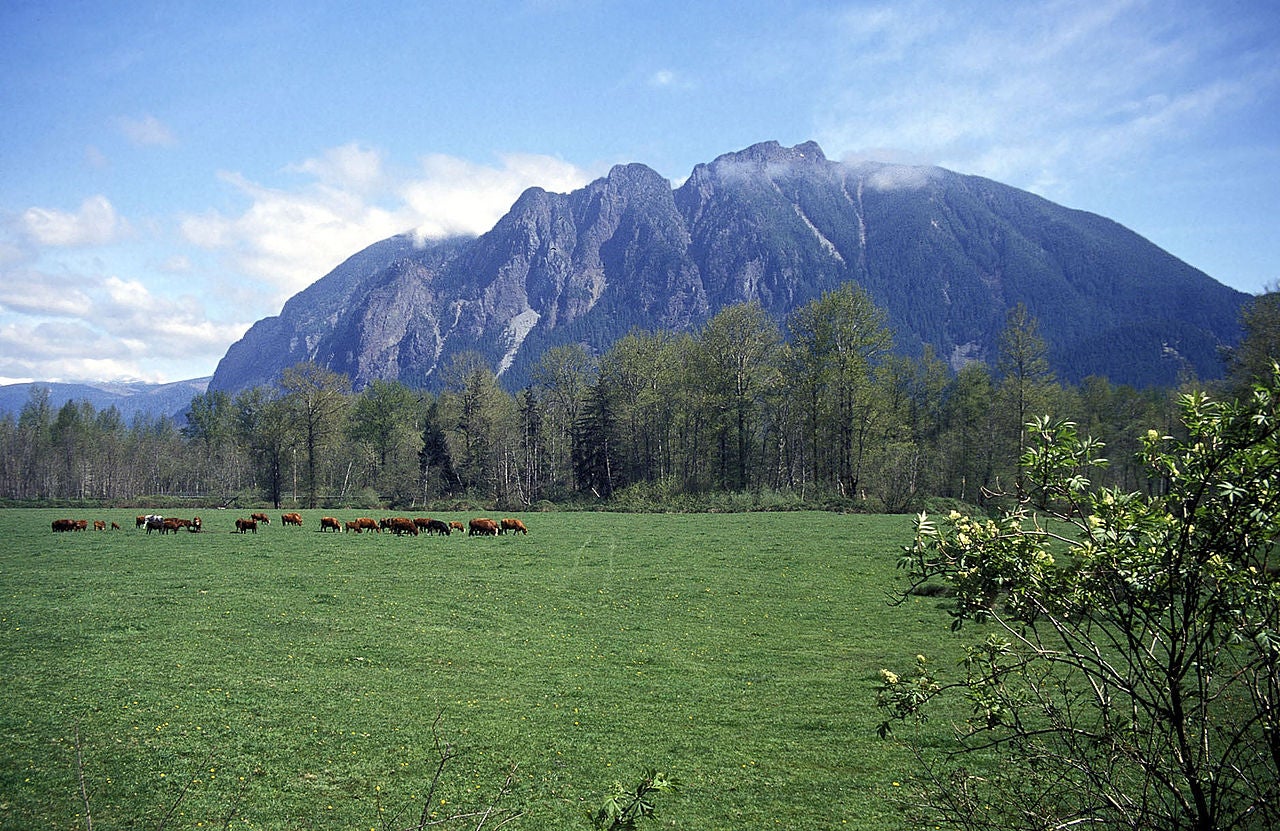 Mount Si is one of the most popular trails in Washington State. Due to its close proximity to Seattle and well maintained (although rather steep) foot path, the mountain sees tens of thousands of hikers every year, many of which are Yelp reviewers. Here are five of our favorite, crazy Yelp reports, exactly as they appear on the site.

The mountain averages four out of five stars with 67 total reviews.

If you enjoy funny Yelp reviews, we strongly recommend the Adventure Journal's 17 Best Bad Reviews of National Parks on Yelp by Brendan Leonard which helped inspire this article.

1. All of their concerns are clearly Mount Si's fault. 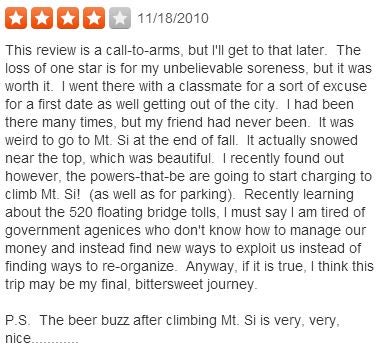 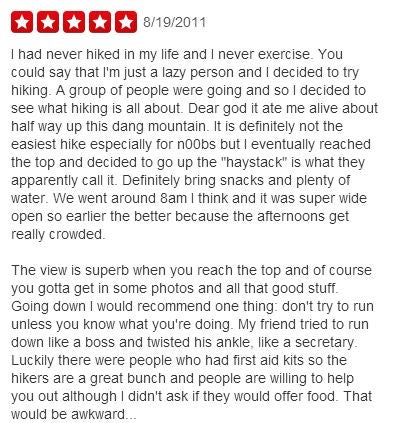 4. Those darn kids. Their darn mountaineering boots. And their darn granola. 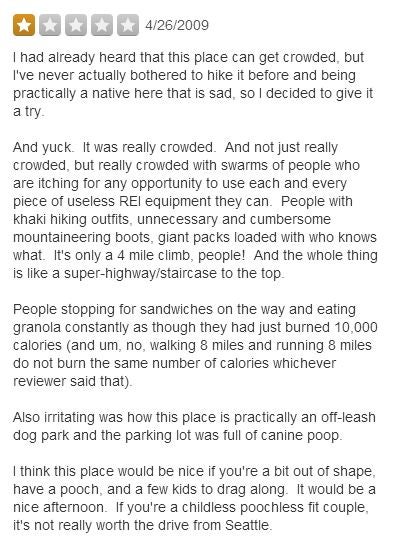