5 Things They Don't Tell You About Trail Running 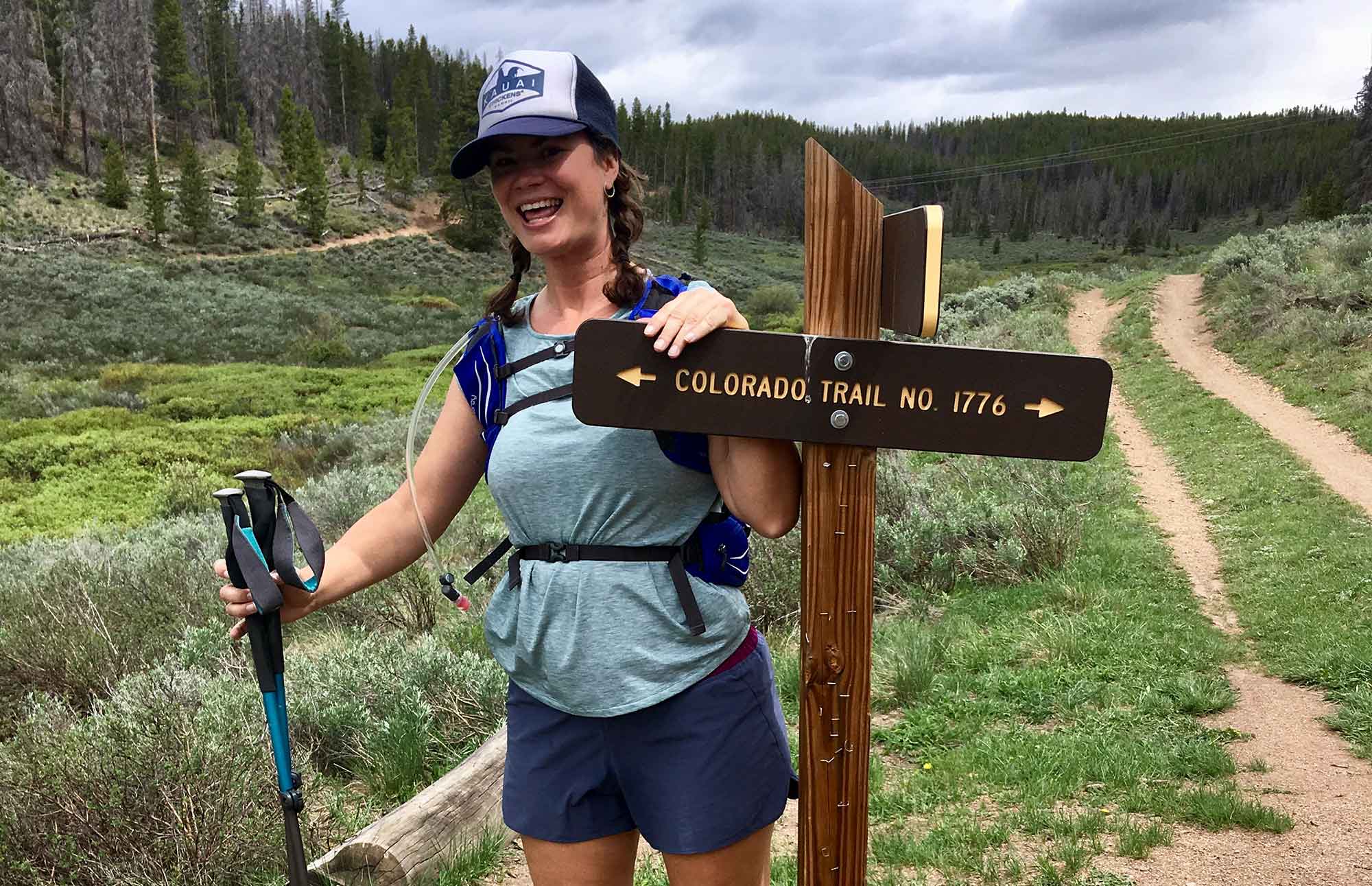 Sometimes you just have to learn things the hard way—but these beginner trail running tips may help save you some trials and errors.

The very first time I left the familiar confines of my favorite urban park and set out for a remote trail run, I fell. Hard. When I stood up, pine needles stuck to my leg, held in place by a thick line of blood dripping from my busted knee (which was not as busted as my pride, if I’m being honest). Since I wasn’t carrying anything on my run except for a whole lot of clumsiness, I had to limp a mile back uphill to access my first aid kit, which was stashed in my pack at the fire lookout where I was staying. Whoops.

I didn’t know a whole lot about trail running back then. I thought I had to travel light and go hard, leaving no room for nuance, joy, or basic medical supplies. With each adventure, however, I broke through those misconceptions and discovered something new: A windbreaker is your best friend. Carry a trowel. Don’t soak your shoes in water crossings. Stop and smell the wildflowers. Maybe don’t eat an entire peanut butter sandwich while running a half-marathon above 10,000 feet.

While I haven’t morphed into an elite athlete by any means, I’ve definitely picked up a few things along the way, mostly through trial-and-error—lots of error. In the spirit of shortening your own learning curve, here are the five biggest lessons I’ve learned while trail running.

You’re probably gonna have to carry some stuff.

If you’re pounding pavement, chances are you’re taking off with a house key, phone, water bottle, and maybe a snack or two if you’re clocking bigger miles. The further you move from civilization, however, the more you have to lug along. Sure, it’s tempting to rely on hikers and their monstrous, gear-stuffed backpacks if you get into a jam out there, but it’s also kind of bad form. Let’s not be those people, eh?

For true backcountry excursions, I trade my skimpy belt for a small, running-specific backpack that holds important gear while still hugging my torso. I pack a modified “10 essentials”—that is, a headlamp, layers, snacks, water filter, map and compass, sun protection, tiny multi-tool, a small bit of duct tape, a short length of thin cord, a small satellite communicator, and of course, a first aid kit. Shouldering a pack and hauling more stuff than you would while lapping your neighborhood takes some getting used to, but an ounce (or several pounds) of prevention is far better than a “cure” that ends with you pressing the SOS button on your GPS locator while shivering in a snow-filled gully, wearing nothing more than a sweaty tank top and your favorite pair of short-shorts.

It’s totally fine to hike uphill. And even when it’s not uphill.

Yeah, okay, some people enjoy running uphill. I am not one of those people. Not only that, but I can actually move way faster if I’m speed hiking than if I’m trying to run it, which feels a lot like slogging through peanut butter, if you ask me. It sounded miraculous, then, when an ultrarunner I was interviewing told me that he purposefully chooses hilly races so that he has an excuse to hike instead of run some of the time. My kind of people! Of course, you don’t need any excuse to slow your motor—just walk whenever you feel like it. Hell, you can even use lightweight or collapsible trekking poles to really get into it, mallwalker-style, if that’s your thing. At the end of the day, it’s about the experience, so banish your ego, tune into the moment, and just keep moving.

You’ve got license to eat, baby!

Maybe it’s just me, but holy cow, I get ravenous during trail runs. And after them. And, um, in anticipation of them. This might just be psychological, since I’m the type of person who uses backpacking trips as an excuse to indulge in all of my favorite high-calorie gas station foods, but I do feel like I’m burning more calories out there than I am in the city (see aforementioned obstacles). My advice? Test potential snacks ahead of time, especially if you’re going to be at altitude, which can affect your appetite. My general rule is to carry a variety of small goodies that I nibble on about once an hour; you don’t want to bonk out there, but you also don’t want to barf. For longer runs, I’ll mix more traditional energy gels and waffles with quick hits of “real” food. My favorite? Sweet potato tots—even if they morph into one giant tot to rule them all after being stuffed inside a tiny vest pocket on an 80-degree day.

Prepare to slow down.

My already glacial pace slows to something resembling a trot whenever I move from sidewalk to trail. I’m going to go out on a fairly sturdy limb here, however, and suggest that even an Olympian wouldn’t be able to match their trail speed with what they can accomplish while flying along flat asphalt. The ground you’re covering is simply more technical. Elevation changes, along with obstacles like roots, rocks, and water crossings take time and attention to navigate. I’m quite capable of tripping on pavement, but running on trails really takes it to the next level. What I’ve learned is that in addition to wearing trail-specific kicks, I need to scan ahead and lift my feet a bit more, while shortening my stride on steep descents.

You know why else you’re going to slow down? Because it’s kind of pretty out there—at the very least, the scenery is probably a little more stimulating than, say, cruising past your local bodega for the eightieth time. Trust me, it’s worth it to take a moment, maybe even take a few photos, and let a bit of awe and wonder sneak in between all the excessive sweating and mouth-breathing.

I know, and I’m sorry. But I mean this in the best way. Listen, day hiking and backpacking are my two favorite outdoor pursuits. In fact, my inbox is loaded up with a bunch of permits for the summer as I type this very sentence. But oh, wow—you’re telling me that I can go to the places I love and cover even more ground with way less weight on my back?! Sign me up! Once I realized that running math essentially doubled my backcountry miles, the concept of running-sightseeing has become an addiction of sorts. Now, when I travel, I pack my running gear so I can get outside and explore wherever I am, even if it’s just for a short, half-hour jaunt. Some people buy magnets when they travel; I collect miles—and, it has to be said, plenty of smiles.