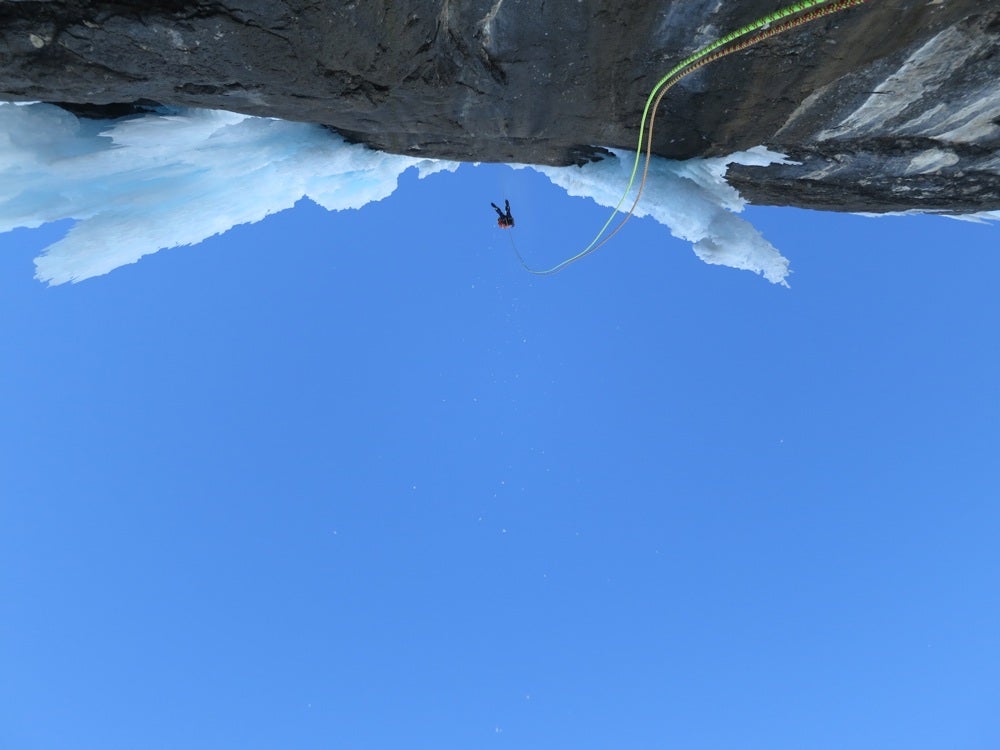 You hear it over and over again: The summit is only halfway; most mistakes are made on the way down. You're tired. Distracted. Maybe weather is rolling in, or you've run out of food. Or maybe you're just having so much fun you don't think twice about your rappel anchor. Either way, rappelling can be one of the most dangerous parts of climbing. Here are five ways to make it a little safer.

Use a backup
This may be the most important rule in increasing your safety while rappelling. When setting up your rappel, incorporate a prussic (or an autoblock, which is quicker to rig) below your rappel device  If you're using an extension, this can be clipped directly to your harness’s belay loop. It's important that the prussic does not slide up into your rappel device, which can interfere with the braking of the device, and is another reason that an extension is important. The backup will allow you to go hands free in order to deal with rope tangles or in the event you're hit by something while rappelling—very common while on the ice. With an autoblock you won't lose control even if you let go. Furthermore, by putting a backup on the rope, if you ever threaded the ropes incorrectly and committed to the rappel, the backup ensures you are still connected to the ropes and will prevent what would otherwise be a catastrophe.

Use an extension for multiple rappels
While doing multiple rappels, the use of an extension will make transitions at anchors more efficient and ultimately increase your safety on the way down. An extension provides a simple solution for clipping into the next anchor, and added distance between the rappel device and your harness allows for a more effective use of a backup prussic. Plus it gives more control because it's easier to keep two hands below the device and allows for more effective breaking. An extension can be accomplished using a double-length runner, but my preference these days is to use a pre-sewn sling specific for the task. Mammut and Beal both make these. While Spectra-type runners will work in a pinch, nylon runners should be used for this task. Also, make sure to eliminate any slack when clipping into an anchor.

Dress it up and tighten it down
What type of knot you use depends a lot on personal preference, the terrain you're in and the diameters of ropes you are joining. But no matter what knot you choose, it's important to make sure the knot is well dressed and set well before you use it. By this I mean make sure the knot is neat and free of twists, and then tighten it down by hand as much as possible. This is especially important when using an overhand knot to join the ropes.

Tie knots at the end
There is one way to prevent rappelling off the end of a rope: knots at the ends. But so many people hate having these knots. They get caught, they get forgotten, etc… So, here are my rules: If you're not using a backup (see backup), you should have knots at the end while doing multi-pitch rappels. If you're rappelling on skinny icy ropes in the winter (think ice climbing), you should have knots. If you're stretching the rappels (think 55+ meters on a 60-meter rope), you should knot. The most effective way to deal with knots is tie two separate knots, one in each rope strand, by either doing an overhand or an overhand on a bight. The individual knots tend to stay tied better than joining the two rope ends together. And, don’t forget to untie the knots before pulling the rope!

Back up and bounce test rappel anchors
If you're skeptical about rappelling on an anchor, make sure to give it a good test before you commit to it. And do this while you're backed up! If you're still concerned, have the first person go with some gear backing up, but not taking any weight on, the anchor. Remember, your life is worth a lot more than any carabiner or cam on your rack, so if you have doubts about the quality of an anchor, leave some gear and make it safe.