Q&A: Brendan Leonard on His New Book, Bears Don't Care About Your Problems 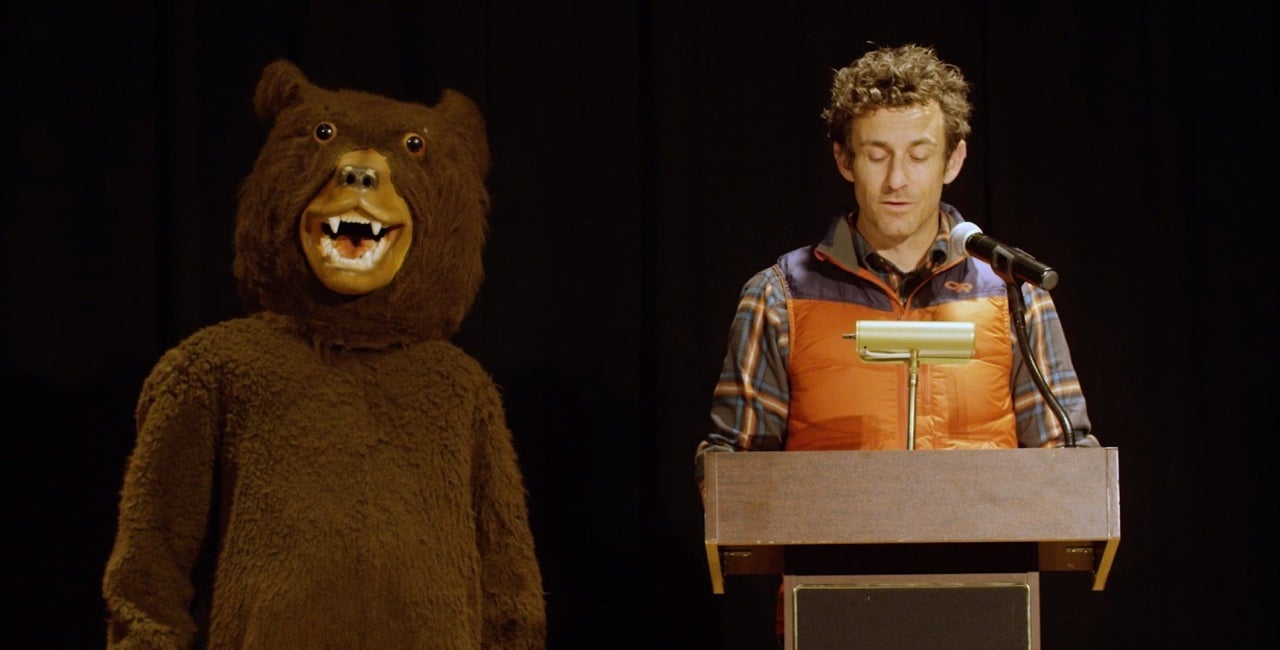 This month, longtime Outdoor Research athlete Brendan Leonard, author of the blog Semi-Rad, released a new book featuring a selection of his best essays, called Bears Don't Care About Your Problems: More Funny Shit In The Woods From Semi-Rad.com. We chatted with Brendan to find out what keeps him going, and what he's up to next.

I want to talk to you first about the title story, "Bears Don't Care About Your Problems," which you read aloud in this video. What inspired this particular post?

I can’t remember what exactly inspired it at the time, but I think I might have been thinking about how bears don’t have cell phones, and how they probably don’t have a lot of other things in their lives that we have, that seem like problems. And maybe we should try to be a little bit more like them—eat, sleep, take care of each other, and don’t spend so much time on Twitter.

A lot of folks are drawn into your writing because of your sense of humor. When did you start trying to be funny? How did you develop that?

I was probably four or five when I realized my uncles, Steve and Dan, and my Aunt Nora, were really funny, and fun to be around because of that. So I probably wanted to make them laugh, which was a tough audience. But I have distinct memories of doing way too much goofing off and not enough learning in fifth and sixth grade, trying to make two friends in my class laugh on a daily basis. From then on, I think I spent a lot of time trying to be funny. (Maybe too much?) In seventh grade, my geography teacher asked me to write a humor column for the student newspaper, maybe trying to direct some of that energy to something actually productive beyond cracking jokes in his class. That was the first time I got to write for an audience, and I loved it.

What are the challenges or hard parts about trying to write funny stuff about the outdoors?

It’s actually pretty ripe for humor, when you take a big step back and think about how ridiculous the stuff we do is. Like spending weeks trying to climb the same 70 feet of rock, or pedaling your ass off on a technical mountain bike climb as you get passed by someone hiking uphill quickly, or pooping in a plastic bag on the side of a mountain.

What are you psyched about right now?

I’m thinking about doing a series of articles on Semi-Rad.com covering my favorite adventures of the last decade or so, from bicycling across America to traversing the Sangre de Cristo Range on foot. I think it’ll be fun to revisit some of those trips and put them online the way I want to.

You’ve been writing humorous and thoughtful pieces about the outdoors every week for several years now. How do you keep ‘em coming? What’s the secret?

I have a weekly deadline, and I never miss deadlines. So I just make myself do something every week. One of my favorite quotes is from the artist Chuck Close: “Inspiration is for amateurs. The rest of us just show up and get to work.” I worked on an assembly line in a factory for a few weeks in college once, and the ladies I worked with just cranked out finished pieces at almost twice the rate I could, eight hours at a time. They just crushed it, while chatting the whole time. Nobody ever asked them how they did it, or what inspired them—they just worked.

What have you learned from putting this work out there over the years?

I’ve learned over the years that I am not going to hit a home run every week, no matter what I do. I always put out the best thing I can every Thursday, and if it doesn’t set the internet on fire, I try again next week. Even some of the things I’ve written that I thought went nowhere, I’ve heard from someone years later that they liked it. And I’m like, “Oh, so you’re the one.”

What’s YOUR favorite story in Bears Don’t Care and why?

Boy, I don’t know if I can pick a number one favorite, but I really like the last one in the book, because it’s about my friend Forest, and how we see the world in often very opposite ways, but somehow work together. And I think in that way, it’s about lots of people—some of us see a gas tank as ¼ full, some see it as ¾ empty. But as long as we don’t run out of gas, it’s OK, and we’ll get there. [NOTE: I have never run a car out of gas.]

The Transcendent Down Hoody