A Cultural History Of The Plaid Flannel Shirt 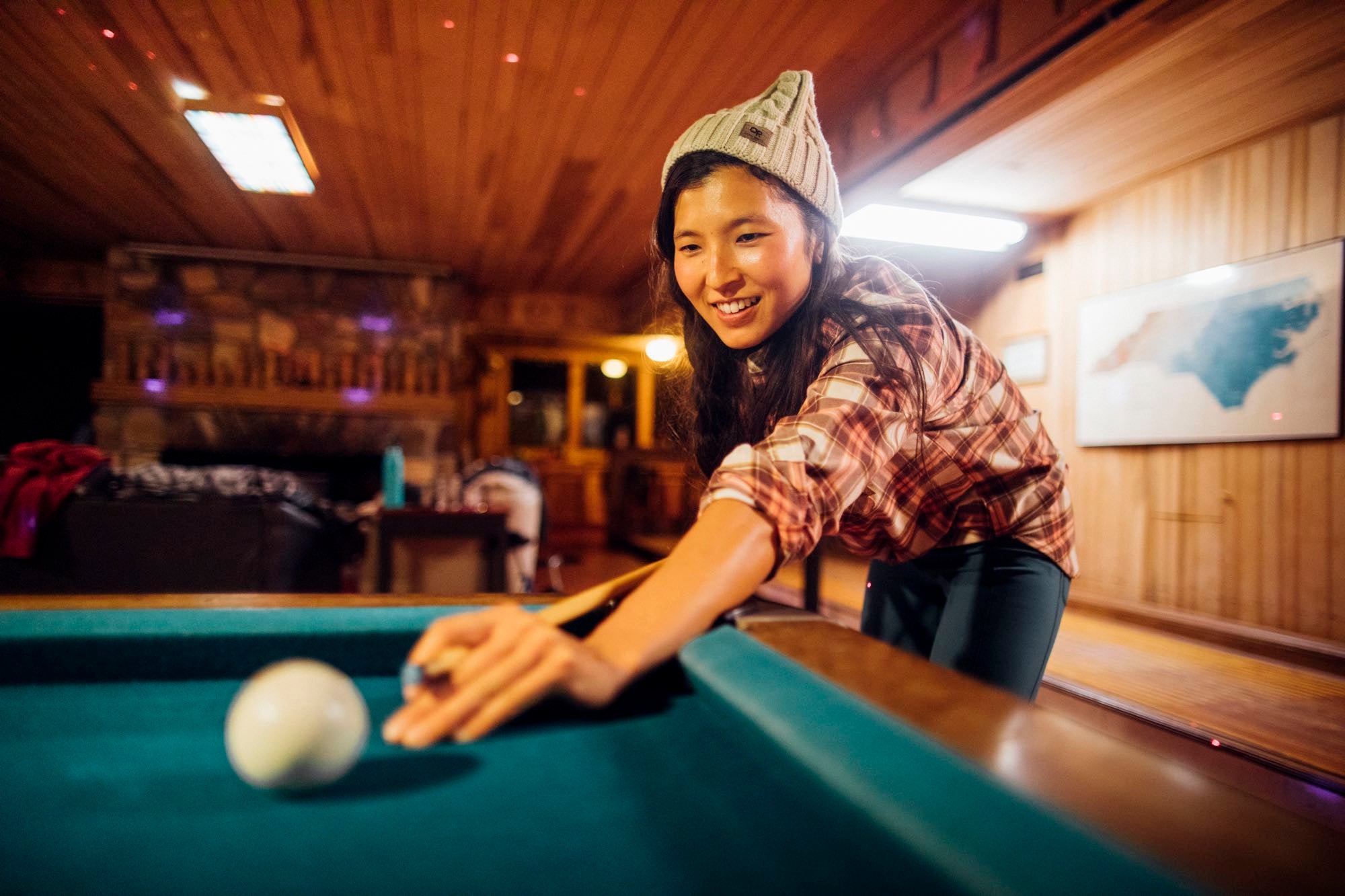 Since the early days of the pandemic, with many of us newly working from home, jokes whirled around social media about proper WFH attire. Pants? Who needs ’em? Zoom calls only reveal your upper half! Shoes? How about slippers instead! The common theme here: comfort. And maybe a little bit of seeing what we can all get away with. With fall creeping in, many of us are settling into our home offices for the foreseeable future—and one thing to be thankful for is the plaid flannel shirt.

The plaid flannel shirt perfectly balances comfort and presentability—it feels cozy like your favorite flannel pajamas but cleans up nicely for your on-camera conference calls. In fact, it might just be the perfect fall WFH uniform, as if it were designed specifically for this moment. It’s both comforting and comfortable, but also carries with it the symbolism of tough resilience. It brings to mind lumberjacks. Cowgirls. And … Braveheart.

In honor of the beloved stain-hiding fashion chameleon that is the plaid flannel shirt, we present a brief story of its origins and progression.

Mummies found in central Asia and thought to be laid to rest around 2000 b.c. were discovered with cloth woven with multiple colors and complex patterns—proof that plaid was around long before even William Wallace. 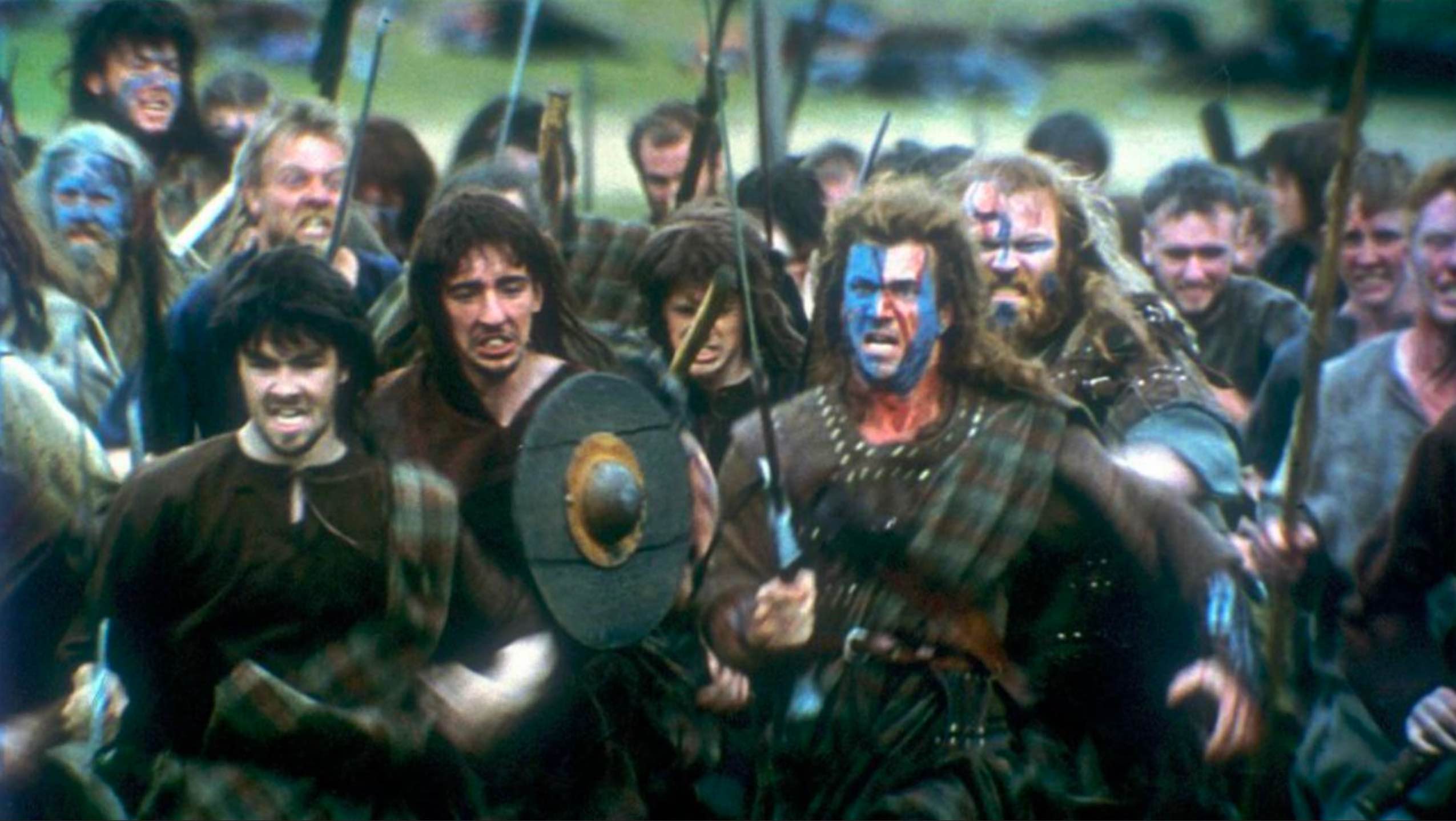 In the early days of plaid in Scotland, cloth was hand woven and the colors came from local plant dyes. People bought cloth from their local weaver, who produced a limited number of patterns and colors, unique to the locale. This led to regions and clans being associated with specific local colors and patterns even as people began to travel and trade more.

When Scottish forces rose to try to claim the British throne In the 1700s, they wore a dark blue and green tartan called Black Watch. When the uprising was quashed at the Battle of Culloden, Britain outlawed the “highland dress” of the Scottish rebellion—literally banning the plaid symbolic of the uprising. It was punishable by six months of imprisonment on the first offense—on the second offense by being “transported to any of His Majesty's plantations beyond the seas, there to remain for the space of seven years.”

There are competing stories about the origins of the buffalo plaid in the United States, but most point toward Scottish immigration. One centers on a Scottish trader in Montana named Jock McCluskey (reportedly a descendent of the Scottish outlaw Rob Roy MacGregor), who exchanged his home tartan for buffalo from Native Americans in the mid-1800s. 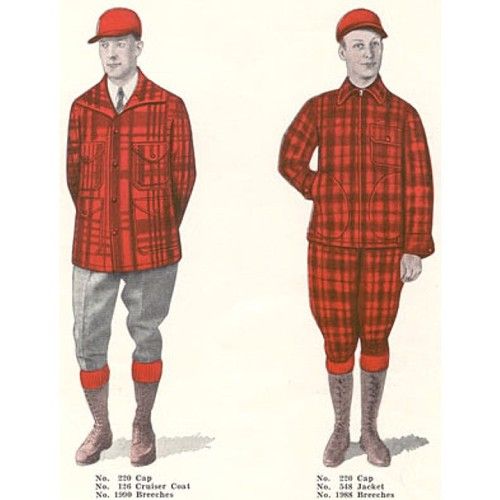 In 1850, Woolrich introduced a buffalo check wool shirt, and in 1925 marketed the “Pennsylvania Tuxedo”—a matching red and black plaid suit. Pendleton Mills brought colorful plaids to the masses with its 1924 introduction of wool plaid shirts for men, which were a hit. They finally followed up with a women’s version—the “49er”—in 1949. 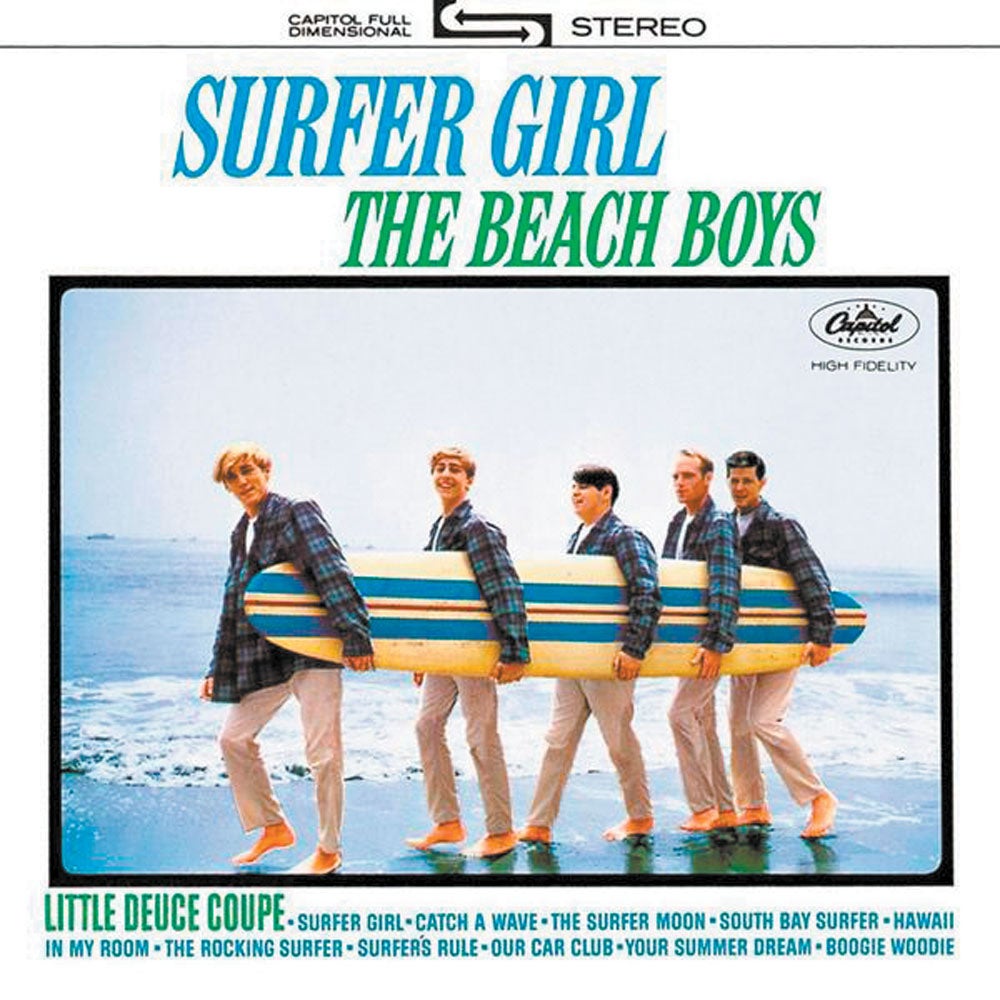 Did you know that before the band the Beach Boys were called “the Beach Boys” they went by the “The Pendletones” in reference to the 1950s surf trend of wearing Pendleton plaid shirts? When surfing first hit California’s cold waters—before the days of neoprene wetsuits—surfers would layer wool shirts over a layer of petroleum jelly with their board shorts to stay warm in the water. 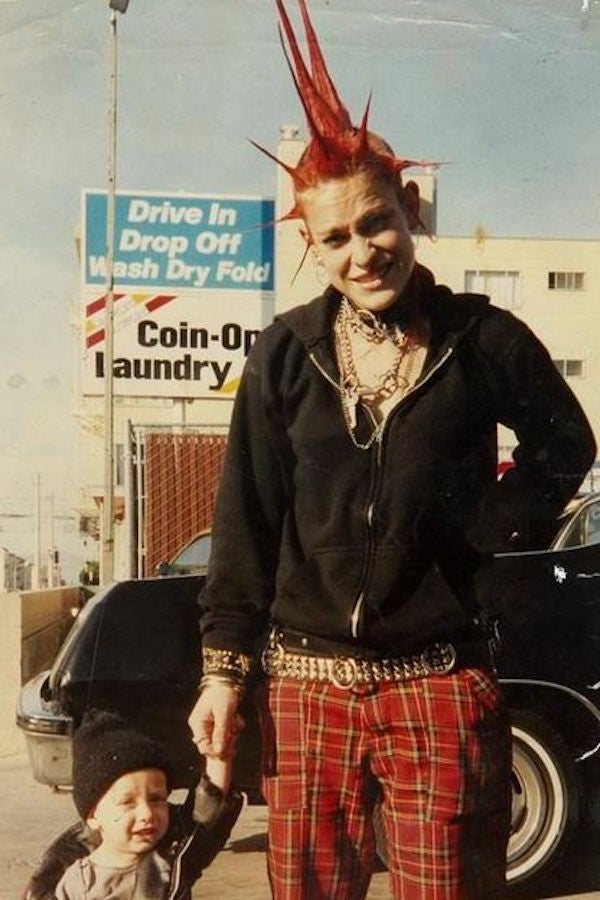 It wasn’t long before plaid went even more counterculture than surfing. Punks began appropriating the Royal Stewart Tartan, which was associated with the fashionable upper crust of British society in Victorian and Edwardian times. It was a way to “give the middle finger to the established rulers of British society.”

While one sliver of America had gone hippie or punk, another section turned conservative—also in plaid. The iconic uniform look of conservative prep schools revolved around plaid, and the “prep” or “preppy” look was born—a look associated with East Coast wealth and privilege and made even more popular by the Kennedy family. 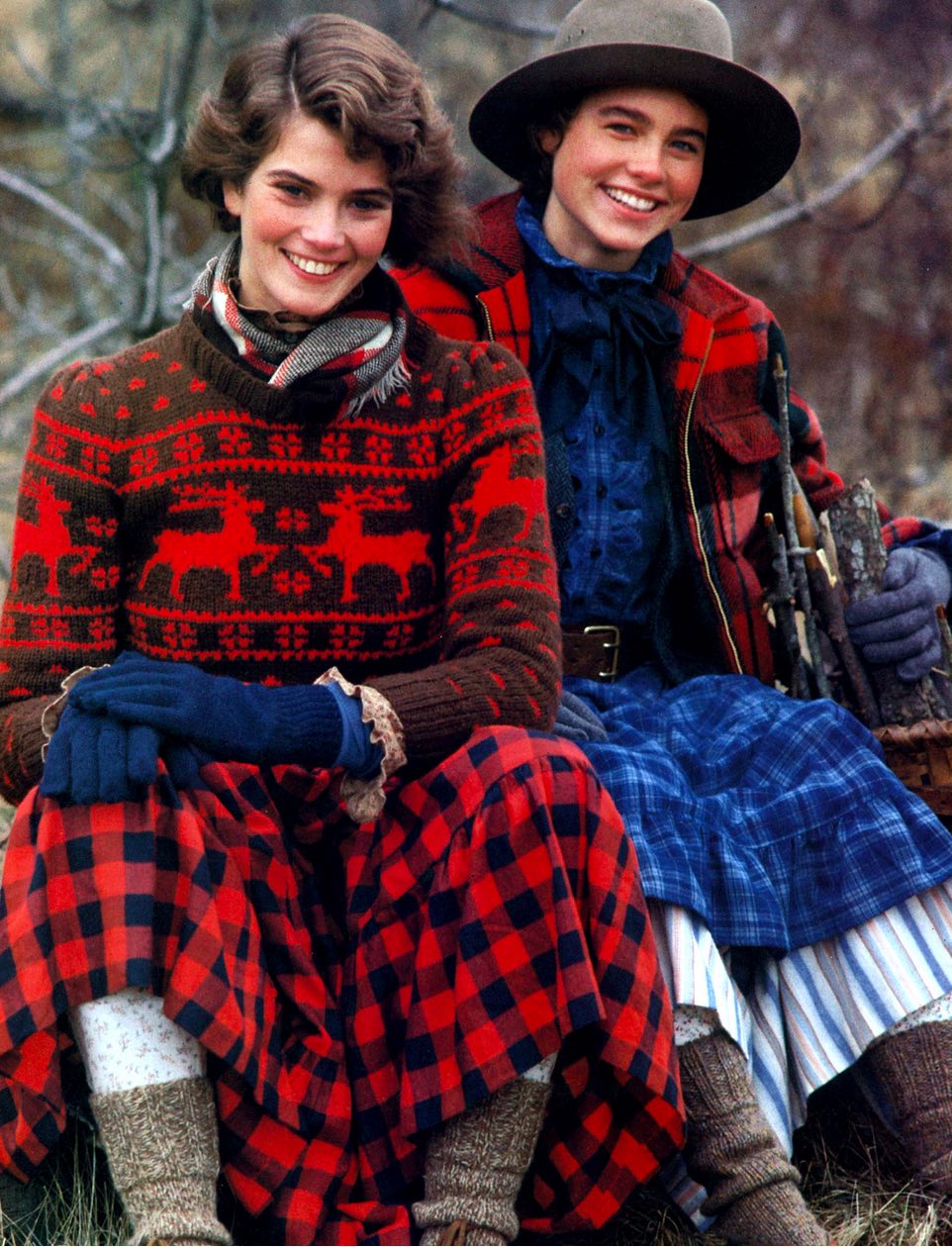 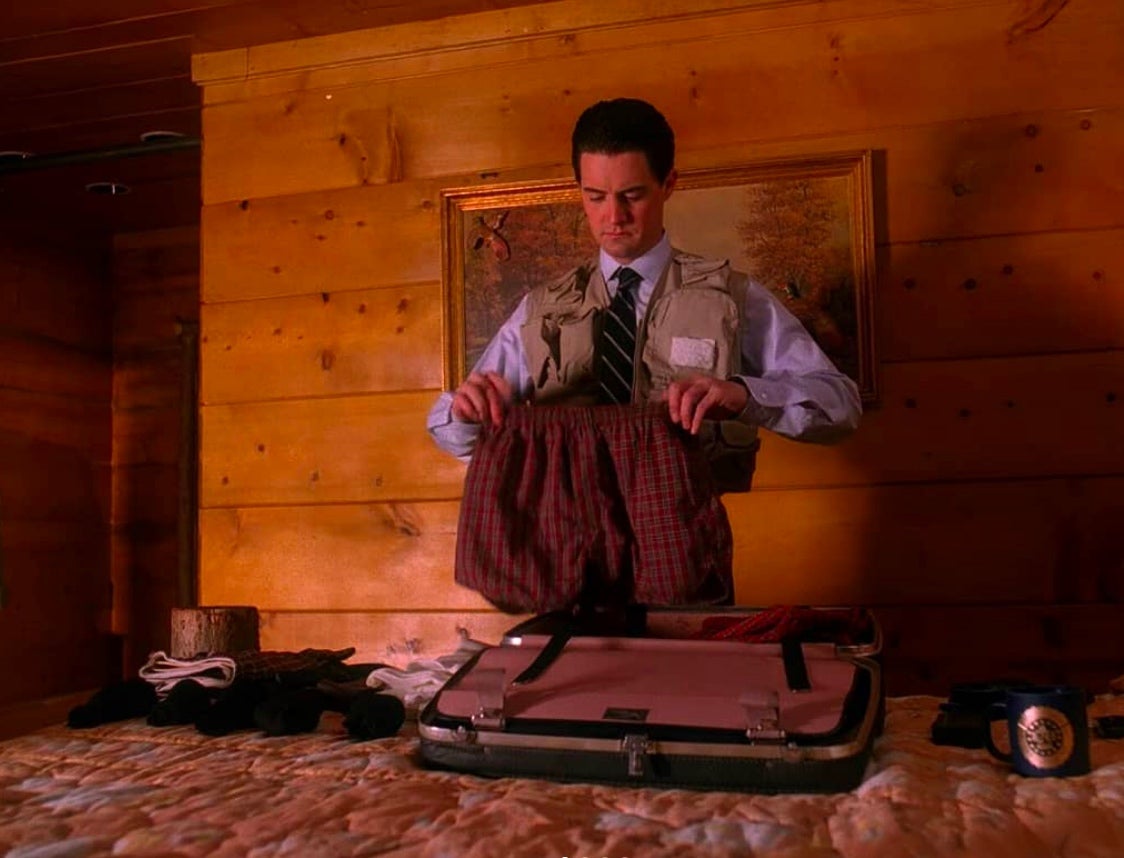 For two seasons at the beginning of the ‘90s, the eerie, flannel-swathed David Lynch TV show Twin Peaks aired, eventually gaining a cult following—including an Instagram account dedicated solely to its plaid. At the same moment, Pearl Jam’s Even Flow video hit the air, grunge reached a wide audience—and reportedly plaid ran scarce in Seattle for the rest of the decade. Alicia Silverstone represented the anti-grunge version in Clueless (see: All 163 Types of Plaid in Clueless). Ice Cube wore it in his video for It Was A Good Day. Claire Danes swaddled herself in it on My So-Called Life. The plaid flannel shirt became something of an American uniform—both comforting and counterculture at the same time. 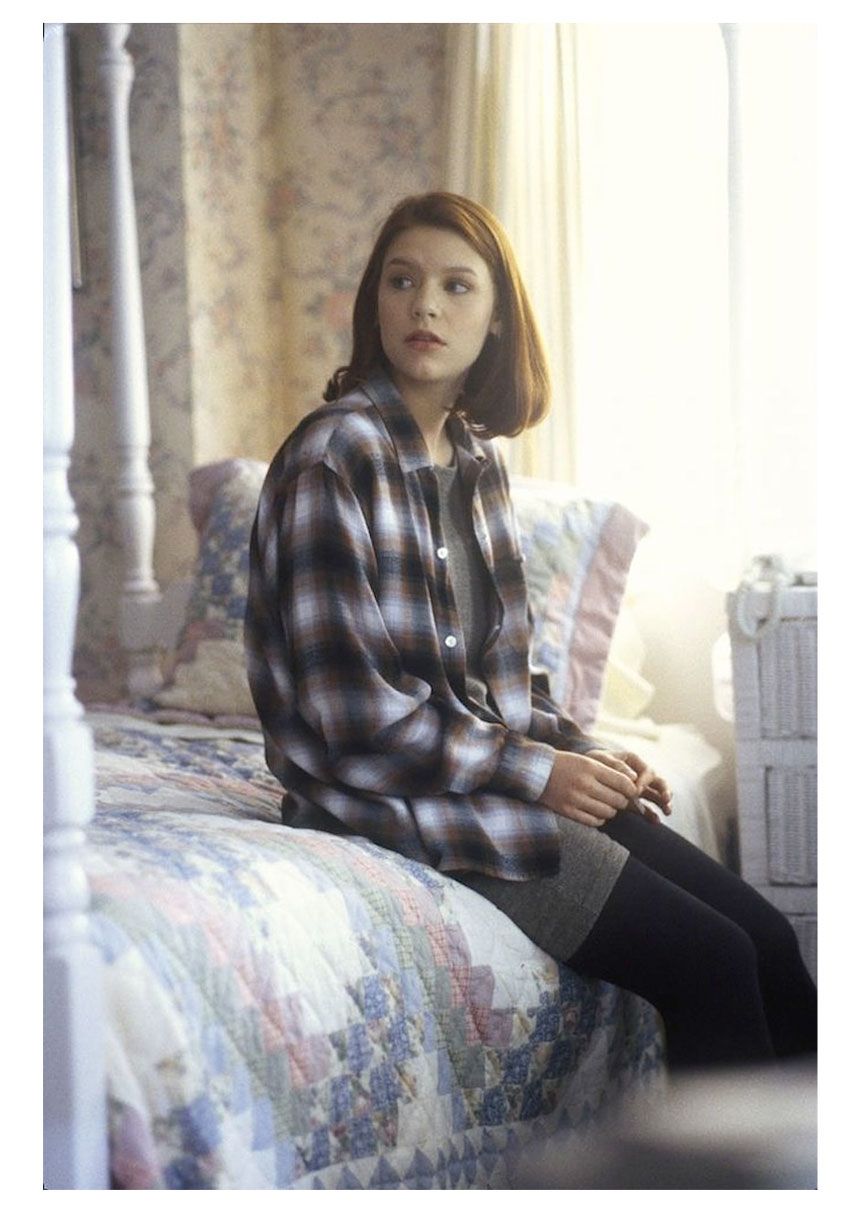 On the grunge look, a founder of Sub Pop Records told the New York Times: “"It wasn't like somebody said, 'Let's all dress like lumberjacks and start Seattle chic!' This stuff is cheap, it's durable, and it's kind of timeless.”

For the 2010 Olympic Games, Burton designed the uniforms for the U.S. Snowboarding Team featuring pants that looked like ripped jeans and jackets that looked like plaid shirts. While the plaid looked more preppy than grungy, the ripped jeans style drew criticism to the uniform for appearing too casual. Even the X Games blog questioned how the look would be received—but concluded, “here you have it—the anti-uniform, coming at you …”

America may have been “plaided out” for a few years following the grunge era. Aside from its appearance at the Olympics and its consistent use in the hardcore outdoor world, it seemed to fade from the spotlight. Until … the rise of the hipster.

Beards made a comeback. Paired with skinny jeans and fixies. Folk music grew popular and axe throwing became a hobby. In October 2014, Gear Junkie brought the term “lumbersexual,” to the mainstream, describing—and possibly making fun of—this aesthetic. It spawned a nationwide discussion as to whether this phenomenon was actually a thing. Which, judging from the response, confirmed it very much was a thing—just a thing many of us were self conscious about. After all, we all just want to be #authentic.

A few years later, and here we sit—in the middle of a pandemic. Arguments about beard oil and quote-unquote posers donning workwear just seem so … 2014. I think that’s why a plaid flannel shirt feels so comforting right now. Maybe it’s soothing and nostalgic to channel Angela Chase from My So Called Life. Maybe dressing like Paul Bunyan makes us feel capable during a time when much feels out of our control. Either way, it seems to be the most comfortable collared shirt for those endless Zoom calls. So whatever your style, plaid on, friends.