A Season In Antarctica 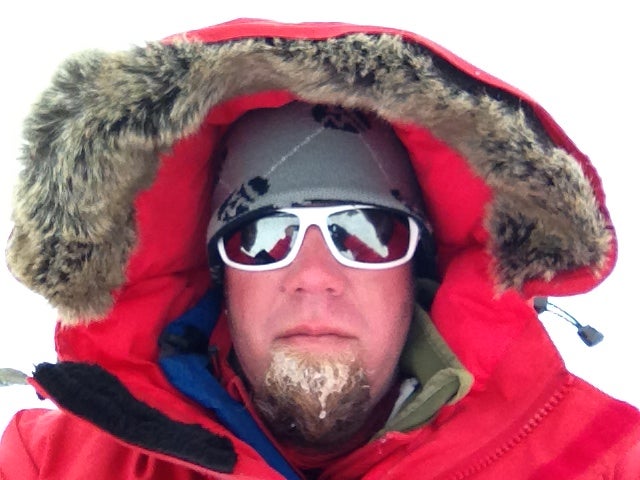 Fall arrived last week, and for me, it triggers a two-month countdown. The day after Thanksgiving I'll be getting on a plane to Antarctica. It’s time for a visit to a doctor for a physical, to a dentist for a checkup, and for a couple of online orientations. I'm not going to Mt Vinson to climb – instead for the second year, I'm guiding a geology team with the United States Antarctic Program, which is run and funded by the National Science Foundation.

Antarctica is remote – physically, mentally, and emotionally. The whole continent doesn't even show up on most map projections of the world. In the austral summers, approximately 5000 people live on the continent in permanent stations, seasonally-staffed stations, and field camps. About a 1000 people stay for the 7-8 month winters. The USAP is the largest operation on the continent, with 1750-2000 people in the summertime and 300-400 in the winter.

The continent is governed by a treaty, in which the signatures all agree to ignore everyone else's territorial claims, agree to not stage any strategic military forces on the continent, and agree not to extract any resources – especially mineral. I think it’s important to notice that the last bit about mineral extraction actually has a deadline when that the topic will be re-considered. Presently, only the severe weather, heavy glaciation, and remoteness have kept it impractical to attempt any mining or drilling. But who knows what would happen if the material science made it possible and the economics made it practical?

To be fair, these heavy national policy thoughts are far from my mind as I'm getting ready for this. I'm starting to trade emails weekly with the two geologists, Greg and Claire, who are the co-leaders for this trip. Greg works in Berkeley, CA and Claire in Tacoma, WA. I'm heading down a week ahead of the team to start pulling together our field camp equipment and supplies. The six of us will travel to McMurdo Station via Christchurch, New Zealand, on a combination of commercial and US Air National Guard planes then fly again from McMurdo to our field camp in Patuxent Mountains.

Greg, Claire, and the rest of the team will be working on a few things while at the field camp. First, they collect erratic rocks – rocks that have been picked up by a glacier upstream, carried downstream, and then deposited when the glacier retreated. The last glacial maximum in Antarctica was 10-15,000 years ago, so by performing a unique form of spectrograph dating – measuring certain radiation levels in the rocks – the team can determine when the rock was deposited and exposed. And therefore, when the glacier was at a certain elevation.

Second, they're using ground penetrating radar to look for features that indicate deeper glacier levels. Even when the glacier has retreated, the “eddies” often remain. We'll also use the radar to determine if some of the smaller side valley glaciers are ice remnants from that 15,000 year old glacier maximum, or if they are active, moving glaciers that have been flowing downhill all this time. Third, we're setting several survey tracks with precision gps to measure glacier flow rates and snow accumulation. And finally, we're looking for signs of glacier etching – the polish and scratching as the glacier moved along a rock outcrop – to look for signs that glacier flow may have changed as the elevation dropped.

The goal is to be able to describe when and where the glacier flowed, and when and how it changed as the glacier depth decreased. Other scientists will be able to pull this information into their own projects. Climate studies is the first obvious application – as we get more information about the past, we're better able to understand how much impact humanity has had in the Industrial Age and our modeling programs of future change will become more accurate.

My job is to keep everyone safe, on the ridge tops and across the glaciers. I'll spend the most of my time scouting out and marking travel paths for our team to reach prominent exposed ridges and side valleys, and then accompany the radar team as they set transects up and across glacier flows. Mid-way through our 30 days we'll also move camp about 20km, and three of us will also spend a few days re-visiting last year's site to re-survey several gps tracks, measuring glacier flow rates and snow accumulation.

Right now, it’s about gathering up my personal kit and getting qualified, making lists and appointments. I'm lucky that I already own most of my own kit, and I'll be able to supplement it with equipment from the USAP. I'm also lucky that my local guiding work has slowed down in the fall, and I'll be able to spend time with my friends and family before leaving for two months.