Are You Trying Hard Enough to Send? 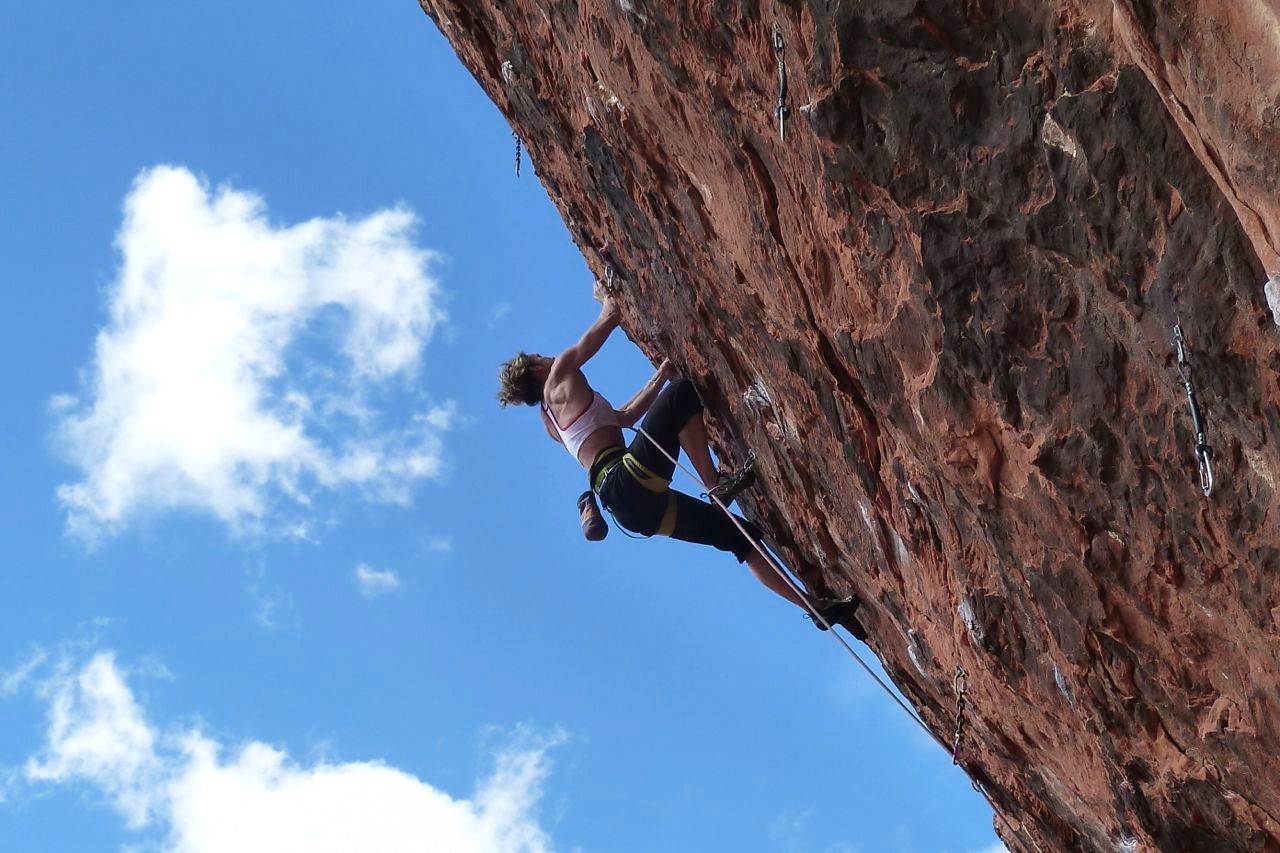 Trying and failing is part of climbing. But how do you know if you’re really trying hard enough? You can’t tell how hard someone is trying just by watching them. Sometimes climbers look effortless, seemingly floating with continuous ease of body tension and grip. Other times I hear grunts and watch fingers curled under a tucked thumb, lower lip biting, and fiery eyes.

I’ve watched good climbers fail at a move or a series of moves and then come back to it and make it happen. What switches that allows them to succeed where they previously failed? I’m sure there was a physical learning in the movement, but usually, it’s a change in perception and a mental switch—they decide to do it.

On a long climb, you obviously can’t just throw yourself with abandon and give everything you’ve got on every single move. I’ve watched friends wring the remaining ocean waters from the limestone holds they’re gripping and see their endurance and power fail by the third bolt. This obviously isn’t the best tactic, either. But over the years, I’ve learned a few techniques for pushing myself to the limit:

Believe. This is probably the hardest part of the whole process. But if you don’t truly and realistically believe that you can send, the whole physical action is moot. Belief can be a difficult thing to maintain. I find I’m great at believing at night, tucked under the covers, visualizing the moves, feeling strong and limitless, but somehow when I wake up in the morning, and the muscles creak out of bed, I take some fresh convincing! It weakens even more once I tie in to the project at hand, and furthermore as I approach the crux holds on weakening forearms. But this is where it’s most important to keep believing.

Here are a few ways to increase your belief:

2. Visualize. When I visualize, I try to be realistic. Feel the sapping power, but still hold on, feel the core engage and the fight to resist gravity. This helps prepare the brain for the fight it will take to succeed when you’re actually on the route.

Be free to be yourself. I used to care a lot about what I wore climbing., how it made me look or not look. I also used to try to climb with a certain etiquette of quietness. It would bother me if there was a lot of chatter at the base of the cliff, a dog barking, or my belayer sitting down, even if I wasn’t at a hard part yet. Some of these things still get in my head, but when I have allowed myself the freedom to make noises, tell someone to watch me, shut the other noises out of my brain, and not care how I look or sound, it usually pays off. The other day, I made the sounds of a ninja warrior for the entire top half of a climb, and I’m sure without it I wouldn’t have sent. No one else cared—they were just psyched I tried so hard!

Fall or keep failing. This is a huge part of trying harder. The best moments in climbing are when you and your body are entirely focused and consumed by the moves at hand. Clearly though, we are not robots and we can’t just turn off that fear of taking a whip, the desire to grab the draw, downclimb, or give up before really getting to try hard. Some places are not good places to fall, and those should be noted. But higher up on steep climbs, there is little reason to let fear take over. For me, the only way through this is to let taking a winger be part of success. Go up there and take the fall as a goal in and of itself. Without that, my mind stays in the fear of the unknown, versus going to that happy place of just climbing.

Trying hard will never be a tangible effort. Only you will know if you’re giving your all, and really you are the only one who matters. Happy Sending!