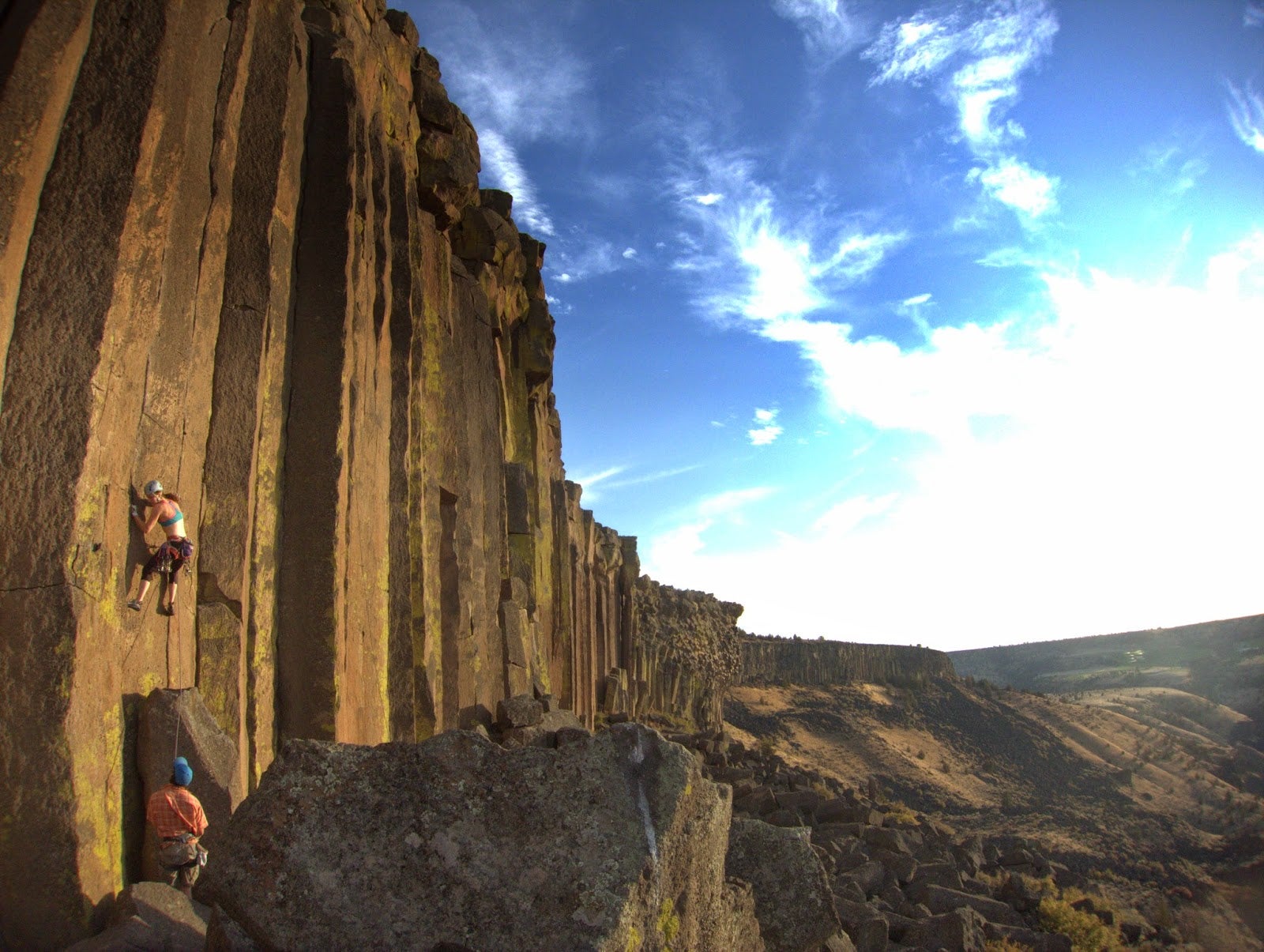 Climbers are gross. And immature. And often surprisingly intelligent. And the route names they give to their ascents reflect this dichotomy. I know dozens of committed and obsessed climbers who take a break from their Borat impressions and “your mom” jokes in order to achieve success as engineers, scientists, doctors, and IT professionals. This mix of brain power and infantile insanity explains most of the best route names. As a committed climber and crossword nerd, I was aware of the famous "Airy Interlude,” a 5.10b in the needles of California. And I was equally aware of the vowel-intensive word for eagle's nest, beloved by crossworders: aerie. I recently completed a new route at Trout Creek just a few hours before the crag closed down for a five-month eagle nest closure. The new route was dubbed Aerie Interude. Here are a few of climbing's other top route names:

A Steep Climb Named Desire. This was the brainchild of early California sport pioneer Scott Frye, who rhymed his overhanging obsession with the Tennessee Williams play "A Streetcar Named Desire."

All Chalk and No Action. The perfect name for a stancy route with too many opportunities to stall.

Brad Driscoll Outnumbered His Party Guests, Yet a Good Time Was Had By All. Brad was apparently unpopular.

Cunning Stunt. Don't say this one too quickly.

Chop Your Dieckhoff. The colloquially renamed version of a retro-bolted-then-chopped route in Boulder Canyon. The bolts had been removed by Steve Dieckhoff.

Camping Under the Influence. An Indian Creek classic, named following a night of too much revelry around the campfire.

The Thaw's Not Houlding Wright. An alpine rock climb established after weeks of up-and-down weather, by Kevin Thaw, Leo Houlding, and Cedar Wright.

Fred's Hip. In 1993, Fred Beckey convinced Colorado rock stars Mike Pennings, Lorne Glick and Dave Medara to visit Castle Peak, near the Washington/BC border. Fred, complaining of leg pain, stayed in base camp as the trio sent a new line. They appreciated the veteran's FA idea and his bum leg, naming the route in homage to both.