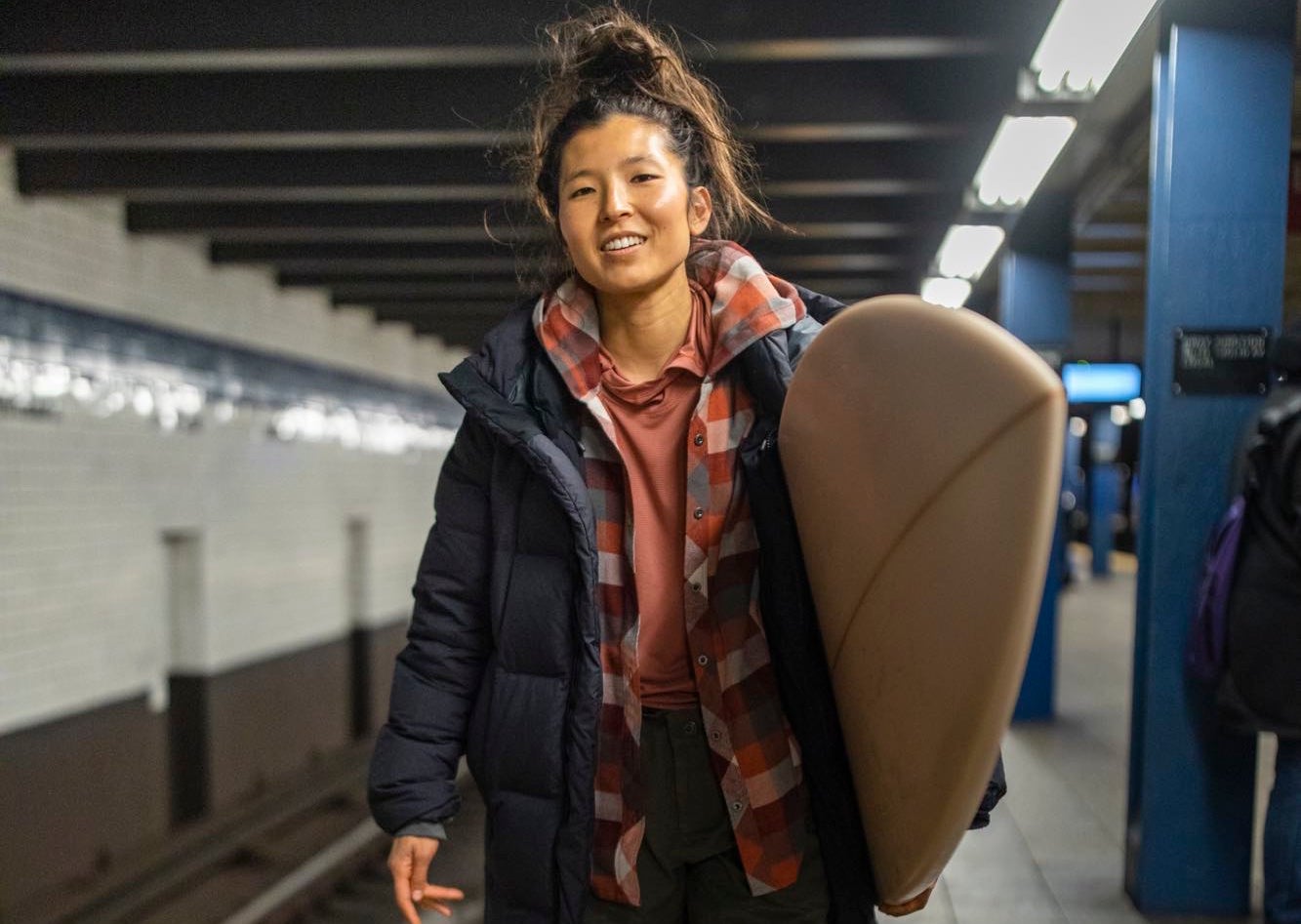 When Terumi Murao moved to New York City in 2018 to pursue a freelance career in fashion, she applied the same intensity and creative attitude she brings to rock climbing. Just two years later, busy with work as a stylist, model and creative director, that work seems to have paid off—and you’d be hard pressed to know whether she’s talking about climbing or her career when she says, “Anyone can figure out the problem with the right beta and with the right creative problem solving, and the right amount of work.”

From climbing, skiing or surfing in front of the camera for outdoor brands to styling and creative directing fashion shoots herself, Terumi sends it. 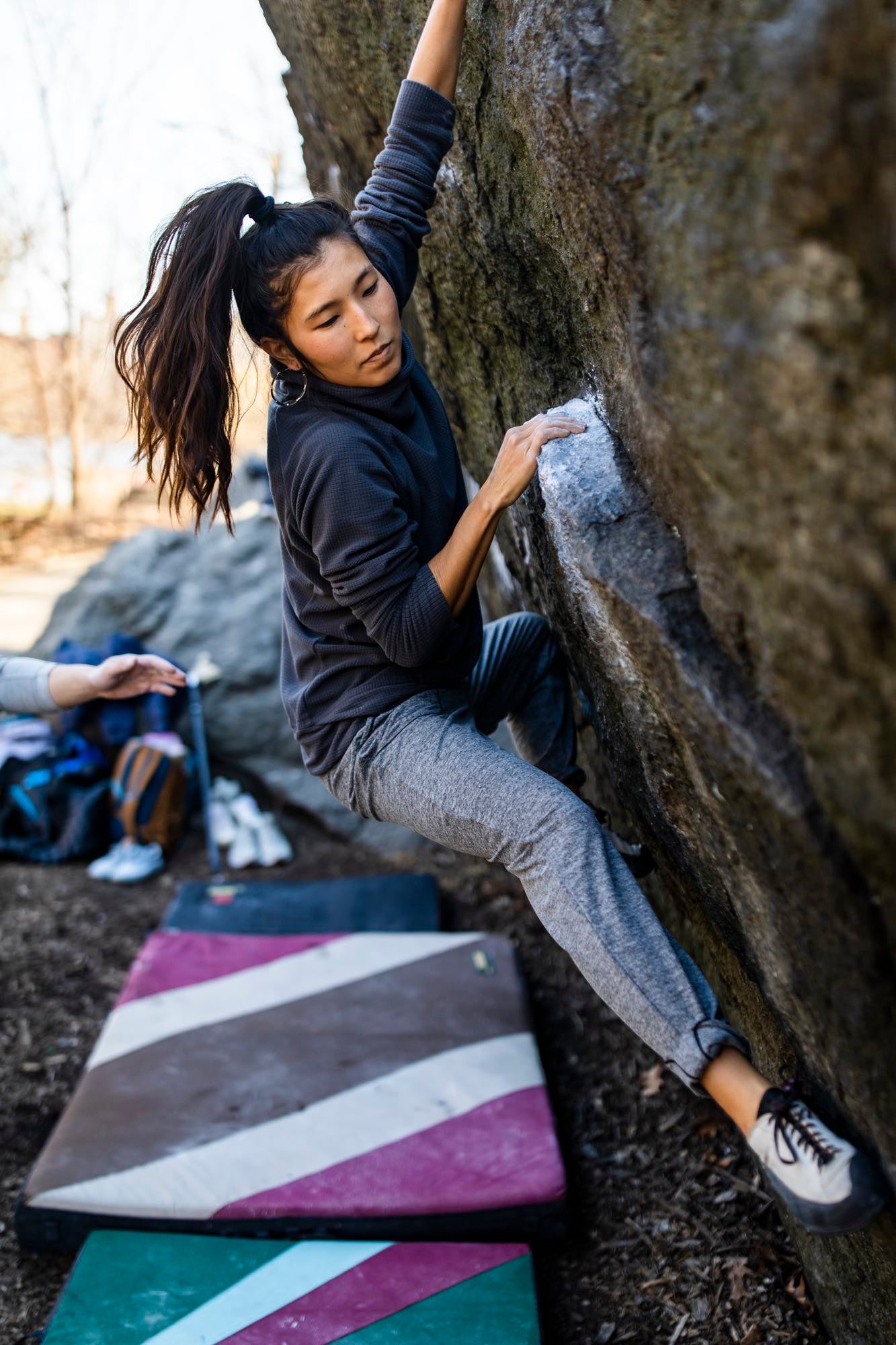 A climber in the city

Growing up in California, Terumi started climbing as a high schooler, finding freedom in it from teenage anxiety about being accepted. “I wanted desperately to be cool, but I was so shy,” she says. In climbing she discovered a sport that rewards a sense of integrity, grit and work ethic. The same qualities that prepared her for success in her new career in New York

The city may not be a Yosemite or national park, but it’s a parallel story, she says, “In terms of its grandeur and opportunity for success and creativity, and the freedom to pursue what really drives you every single day and be respected for it. … Honestly, I think I get as much of a thrill from just living in New York as I do from bombing down a huge hill on a skateboard, or sending one of my biggest climbing projects.”

For Terumi, climbing also literally provided a community right away in her new home. She sent messages to climbers she knew there and became a fixture at the gym. “In terms of social life, climbing was one of the things that helped me feel welcome into the city,” she says. 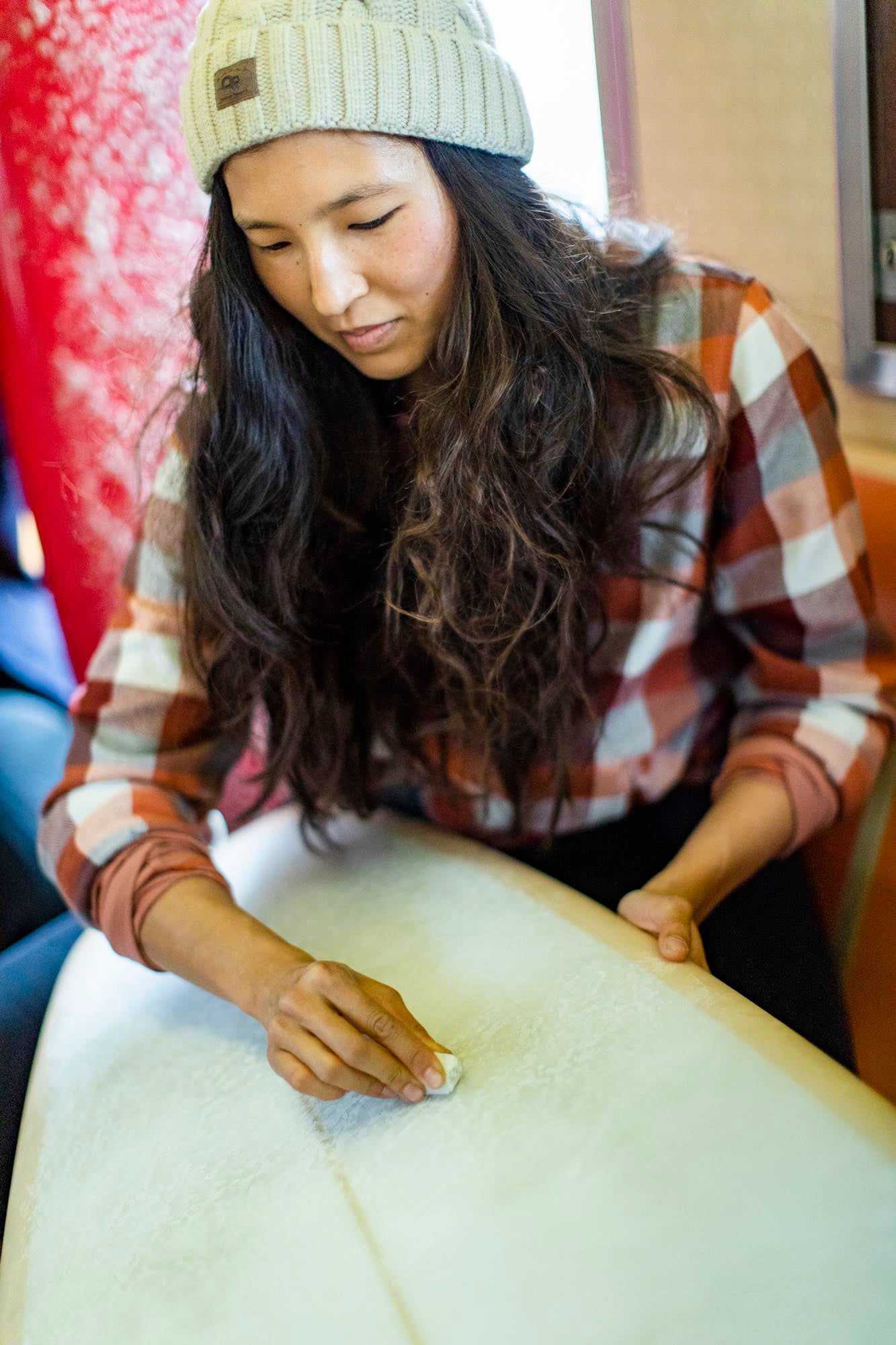 “The first six months was full immersion,” she says, of moving to New York. “I pushed myself to get out the door at 8 AM and be out until at least 8 PM, getting to know the neighborhoods, meeting people, networking, working.” She rode the subway everywhere, trying to stop at every stop, pushing herself to meet a diversity of people with different interests, careers, backgrounds and stories.

As her work took off, she continued to look to the city around her for creative sparks. “Honestly, probably the only place I don't really look for inspiration in a very targeted way is actually the runway,” she says. “New York has amazing street style. And even sometimes it's not people that are maybe aware they're being fashion influencers—sometimes it's construction workers or fishermen or people wearing interesting gear for sports or whatever. I gain inspiration from so many different places.” 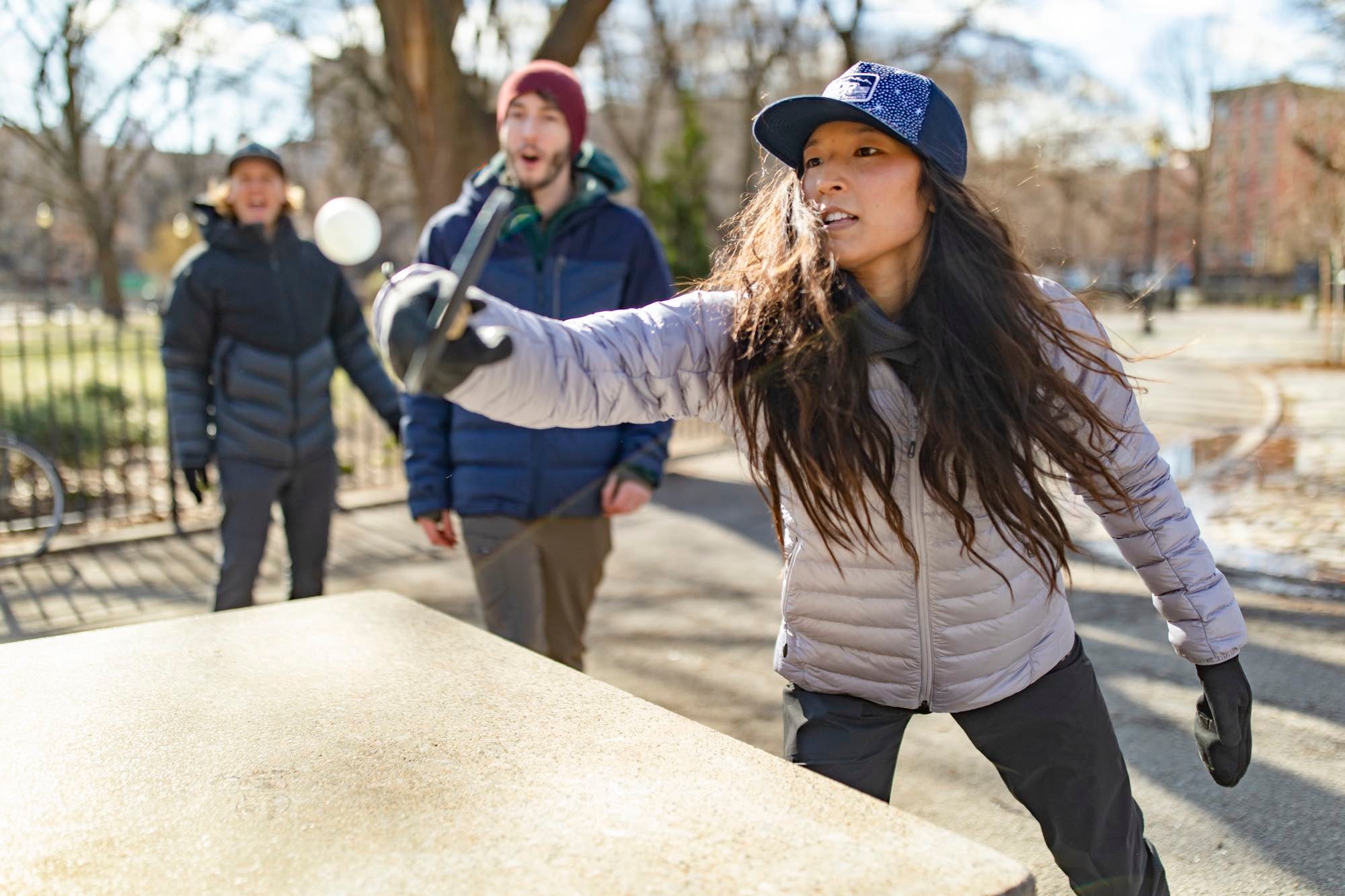 Styling and directing photo shoots, Terumi says she’s always looking to balance form and function. “You want something to work more than anything, because nothing is more frustrating than a zipper that doesn't work or a jacket that doesn't actually breathe, but you also want it to make you feel equipped to be your best, at whatever it is that you're doing.”

For example, Terumi says she has put much time into figuring out how the clothes she’s wearing translate to how she feels on a particular day, and how productive and happy she is that day. “I think a lot about, okay, there's a certain color that makes me feel good,” she says. “And when I feel good, am I going to be better at performing?” 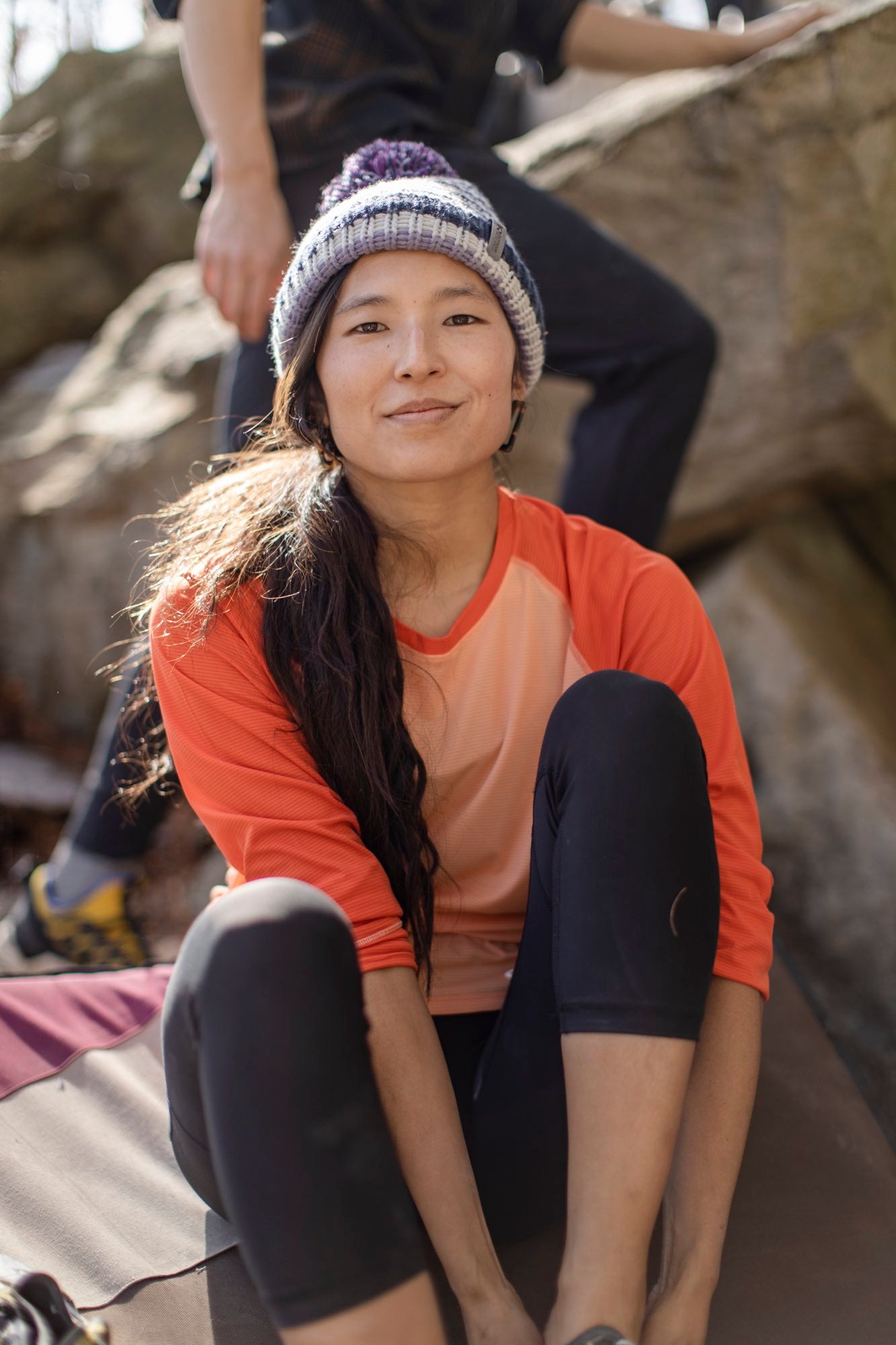 If you’ve spent time in a ski town or climbing hub, you may have a pretty particular image in mind of the typical quote-unquote outdoor uniform. “There's going to be a conformity around what is most utilitarian and effective. So that makes sense,” Terumi says. But function aside, she says one reason you see so much uniformity and rarely see interesting styling is simply because there's also a uniformity in the people wearing the clothes—more often than not, privileged white men and sometimes women. “They're all pretty much from the same background and share a lot of the same cultural similarities,” she says. “And so you're not going to see people styling them in different colors, wearing them in different ways.”

When Terumi arrived in those predominantly white male spaces—in ski towns and at crags—she didn’t dress to conform. “Do I bring a different aesthetic? Absolutely. And when there were other people of color, or other women, we did style it differently,” she says. “We didn't want to  wear that same uniform.”

Right now, particularly, people feel a need to be closer to nature, she says. “These people come from many different backgrounds and many of them might be creative and more aesthetically driven ,and are going to want to express themselves through their personal style, even when they're climbing a mountain. Because that's what makes them feel good about themselves. And that's what makes them feel authentic to their own identity. … And then on the other hand, they're going to also want to bring some of the outdoors back into the city when they're back in the city. ” 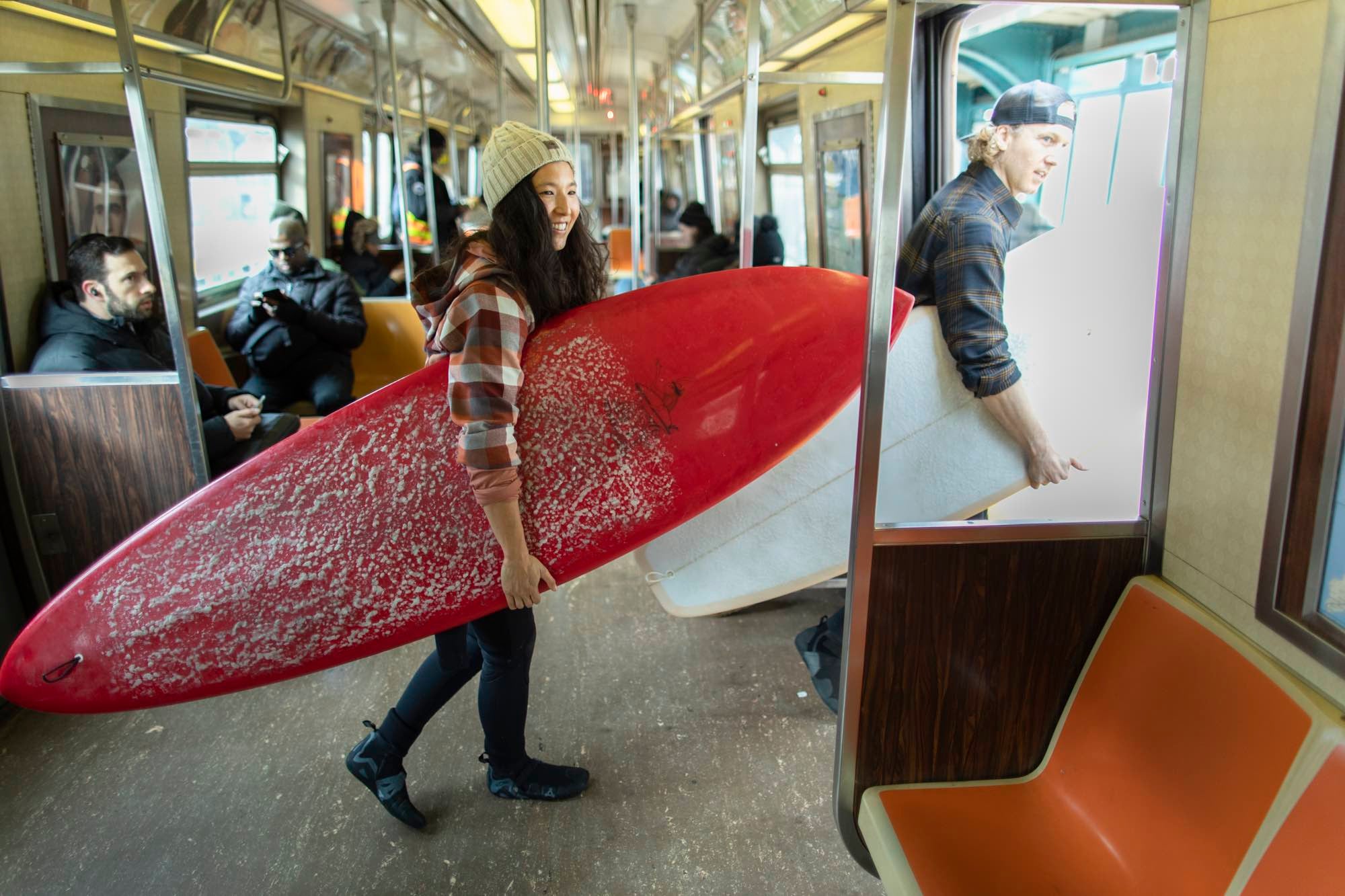 Closer to nature in the city

Since the start of the pandemic, Terumi has had the opportunity to take on a variety of new roles in her work. For example, performing as stylist, producer and model on the same shoot, whereas before one or more people would have performed each of those jobs individually. “I also work with a nonprofit that teaches black and brown kids, local kids here in the Rockaways, how to surf, for free, because they wouldn't have access to these kinds of programs,” she says.

The lockdown and the Black Lives Matter movement have each, in their own ways, opened opportunities for Terumi to give more to her position with Laru Beya. She’s the organization’s treasurer, manages marketing partnerships and instructs surfing. “It's by far the most directly impactful work I'm doing,” she says. “Sometimes I'm styling on set and it's great—I nailed what the client wants and it's going to sell more of X, Y, and Z. That's great. But, in terms of seeing the injustice and the brokenness of this world and being able to do something directly fighting that, it's the most rewarding. It's really awesome to see this next generation be empowered by nature and be empowered by the ocean and surfing and sports outside. Sometimes, especially now with COVID, those two hours on a Saturday might be their only time to really recreate.”

Terumi used to tote her short surfboard on the subway from her Brooklyn home to the beach—”I was able to get door to door in 39 minutes. I think I timed it … No traffic, you can listen to your podcasts, it's just pretty easy.” But with less need to work in-person on photo shoots since the pandemic started, she took the chance to move to Queens, closer to the beach, where she can see waves from her window and skateboard to check surf in the morning. (Watch her “skate thru outfit of the day” videos on her Insta Stories.

See more of Terumi’s work in our fall photo shoots on Instagram.