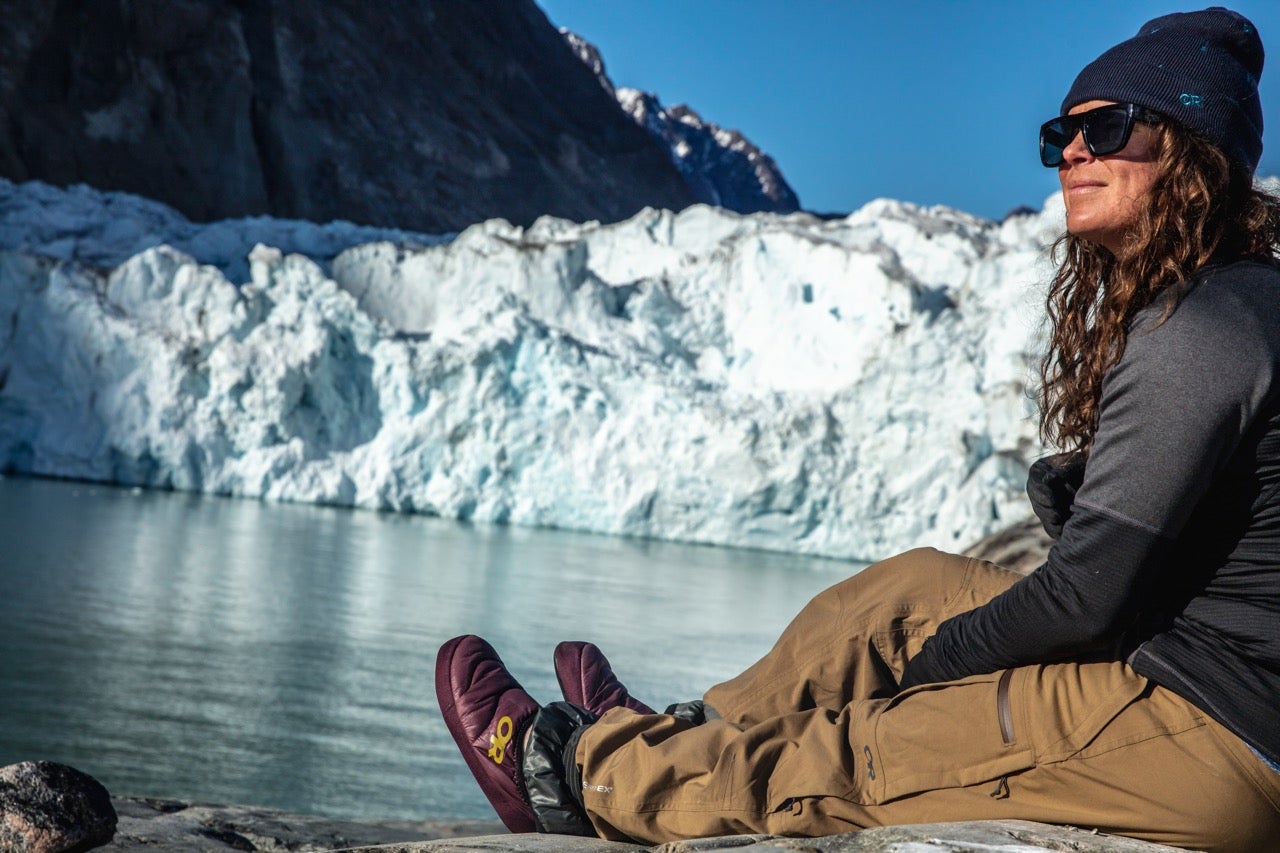 In our search for the world’s best winter insulation technology, we looked to the stars.

The first aerogel was created by Samuel Stephens Kistler in 1931 from a colloidal form of silica gel. Kistler went on to produce aerogels from a number of other materials, but silica aerogel is the most common, widely used and studied. Eventually aerogels found their way into a wide array of commercial uses—perhaps most notably as thermal insulation in NASA’s Mars Rover and space suits. Recently, the outdoor industry has taken a notice to this highly-efficient and effective technology for our own use. PrimaLoft jumped on this opportunity a few years ago by being the first to offer Aerogel in outdoor apparel and goods specifically built for ice climbers, mountaineers, skiers, and people who are simply tired of having cold hands and feet.

Aerogel is a flexible, lightweight, compression-resistant insulation that won’t conduct heat or cold. It’s created by combining a polymer with a liquid to form a gel, and then replacing all of that liquid with air.

NASA says it best: “Picture preparing a bowl full of a sweet, gelatin dessert. The gelatin powder is mixed with hot water, and then the mixture is cooled in a refrigerator until it sets. It is now a gel. If that wiggly gel were placed in an oven and all of the moisture dried out of it, all that would be left would be a pile of powder.

But imagine if the dried gelatin maintained its shape, even after the liquid had been removed. The structure of the gel would remain, but it would be extremely light due to low density. This is precisely how aerogels are made.”

We chose to use Aerogel in our gear because of its light weight, flexibility, and extreme compression resistance.

Compression resistance is important here. Insulation that’s compressed for long amounts of time will slowly leak warmth. That’s what makes Aerogel so unique: Its insulation actually retains warmth even during extreme levels of compression, like when it’s on the bottom of your feet on the ground, or throughout the palm and fingers of a hand that’s gripping a rope or ice tool. Aerogel is unique in that it retains on average 96% of its original thermal performance under pressure, meaning that no matter how hard you grip, or how much weight you apply, it will start warm and stay warm throughout your day. 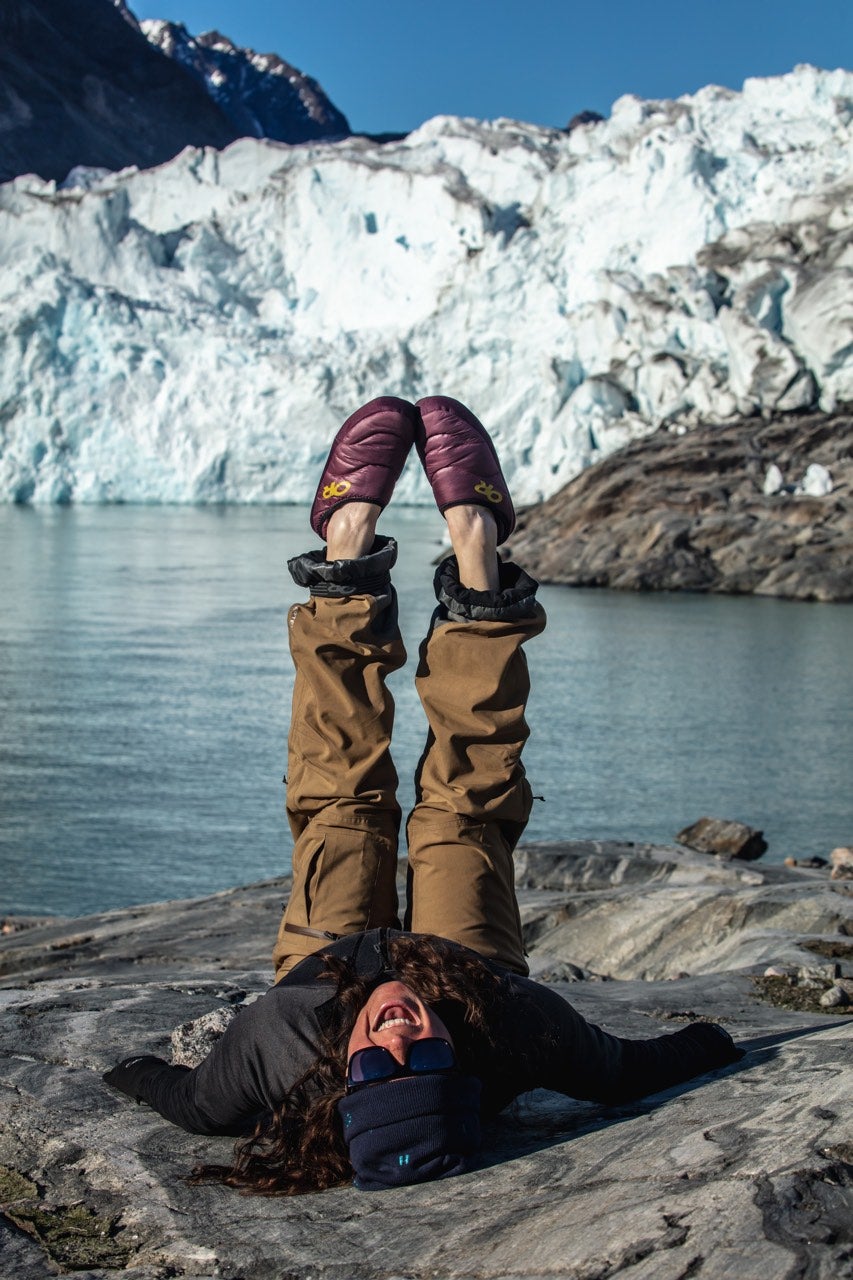 Aerogel is so efficient because it’s made up of millions of air pockets that reduce heat loss from freezing cold elements. In fact, Aerogel is actually 98.2% air, perfectly encapsulated to create an impenetrable thermal barrier. When teamed up with a lofted back-of-hand insulation that’s not as concerned with compression resistance, the pair make for optimum heat retention and breathability over a broad spectrum of activities.

Bottom line: Unlike other generic synthetic insulations, Aerogel is best for applications where compression resistance and warmth is most important, like your hands, feet, and face.

Once we had learned exactly how to harness this technology, we launched the first installment– the BitterBlaze Aerogel Gloves and Women’s Ouray Aerogel Gloves.

Ice climbing is a delicate, precision-driven sport, and the gear that goes along with it needs to be built in the same way. That's exactly how we developed the new BitterBlaze Gloves, designed to deliver the dexterity, durability, and warmth that ice and mixed climbers demand. This groundbreaking glove pair uses the waterproof trustworthiness of GORE-TEX, the resilience of Pittards® Oiltac goat leather, lofted PrimaLoft Gold, and the revolutionary warmth of PrimaLoft® Aerogel insulation used in NASA space travel. This compression-resistant thermal barrier is patterned over the palm and fingers of each glove, with multiple panels that allow retention of grip and freedom of movement. Outdoor Research is actually the only brand that you’ll see using Aerogel throughout the finger of each gloves – our dedication to go the extra mile.

Each customized Aerogel insert reduces heat loss from freezing cold elements, like ice, rock, tools, and rope, allowing you total focus on the task at hand. Detailed down to the very last seam, the BitterBlaze Gloves also include a carabiner loop for easy storage, pull-on loop for no-fuss application, an elasticized wrist for further range of motion, and hook and loop wrist closures to trap in heat and fasten gloves securely. Go on, get out there, and kick some ice with the BitterBlaze Gloves on hand. 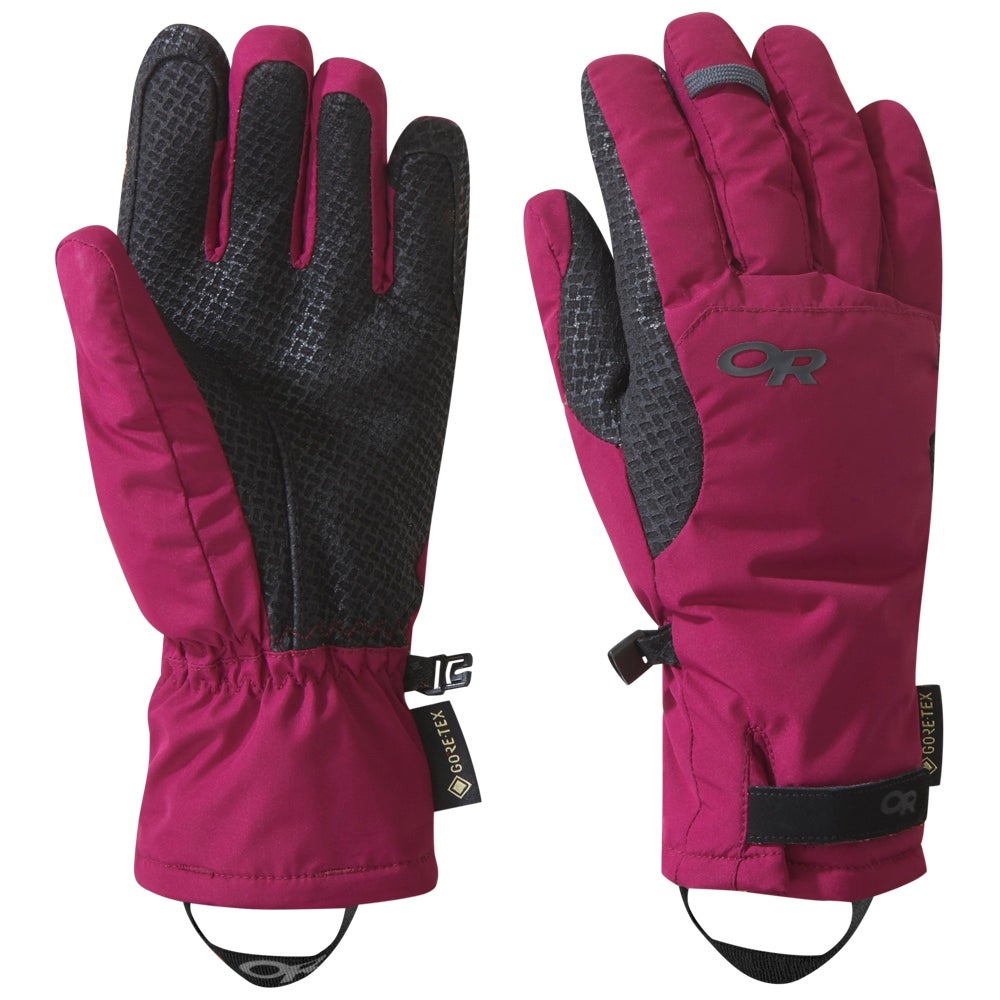 Building off the design of the BitterBlaze, our expert glove designers spared no detail in building the Women’s Ouray Aerogel Gloves: Designed specifically for women, by the best women-led technical glove team at Outdoor Research, the Ouray Ice Gloves are an homage to the adventurous ladies who have been leading pitches and hardcharging through ice and mixed climbing festivals with clunky, ill-fitting unisex gloves. The Ouray changes all of that with precurve and fit designed and patterned to fit actual female athletes' hands and to match the motion of climbers at work.

The Ouray Gloves use the same GORE-TEX waterproofness, Pittards durability, and PrimaLoft warmth as the BitterBlaze Gloves. But because women's hands run an average of three degrees colder than men's, the Ouray features an extra 200g of insulation on the back of hand.

Aerogel turned out to be so warm and durable from our glove testing that we decided to expand it to the rest of the coldest parts of your body, too. The Tundra Aerogel Balaclava does just that – by providing deep winter pow enthusiasts and high altitude mountaineers the NASA-trusted warmth where you’re most susceptible to frostbite across your nose and cheekbones.

Not to mention Outside Magazine’s Best Winter Camping Gear of 2020: The brand new Tundra Aerogel Booties and Tundra Aerogel Slip-On Booties. Wear these luxuriously warm booties around the campfire, the cabin, or just at home huddled up on the couch. Compression-resistant Aerogel withstands all of your plodding around, keeping your feet as cozy and dry as you can imagine.

Want to try it on yourself? Shop all Aerogel styles on our website, and get ready for whatever winter throws your way.