Does Yelling Help You Climb Harder? 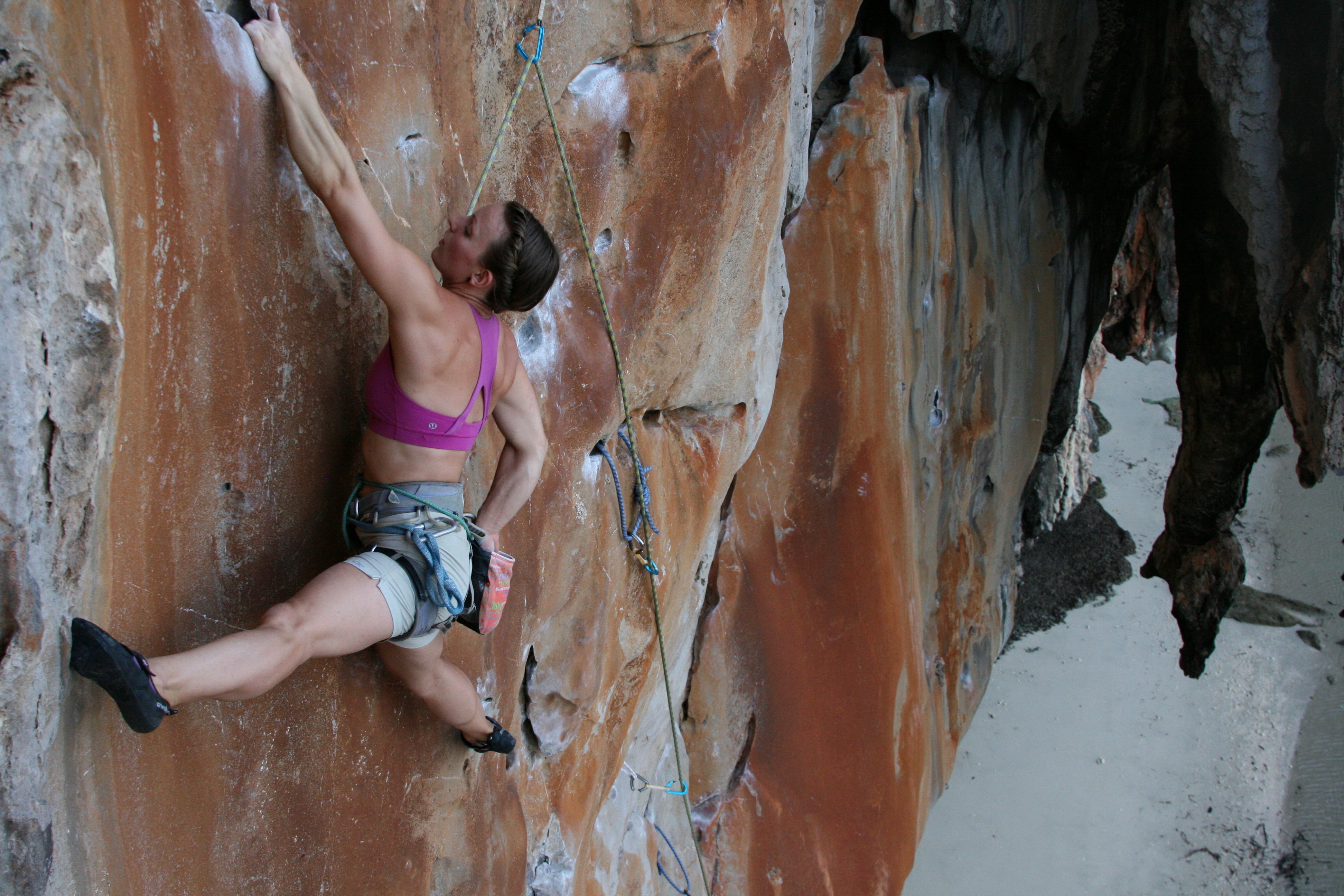 I didn’t use to be a noisy climber. I didn’t want to draw any more attention to my climbing than necessary. But last year, I decided to give in to the urge to grunt or even yell a little. And to my surprise, I also started making some major breakthroughs in my climbing.

I’m not a particularly badass climber—I typically prefer longer, sustained climbs over pushing grades— but I sometimes I like to push harder to accomplish something I didn’t think I could do. And after seeing how grunting and yelling seemed to benefit my own climbing, I wondered: Does grunting, yelling and screaming actually make you climb stronger? I did a little research, and the supporting evidence surprised me.

The Science Of Shouting

Junji Takano, a Japanese health researcher, looks at how making noise affects performance in his article How Grunting or Yelling Can Improve Your Performance [LINK]. He finds that grunting can help release tension, synchronize breathing, increase focus, increase core stability and increase strength.

“Grunting or yelling changes your body chemistry. It triggers your brain to release adrenaline, and produce higher heart rate, increased blood flow, as well as psychological boost…Loud grunting also activates the muscles in your back and abdomen, which can increase your overall power for throwing, hitting, swinging, jumping, or punching.”

How many times have you had to tell yourself to tighten your core while on a route? Grunting or yelling makes you do this instinctively.

I often catch myself holding my breath on a difficult climb, depriving my muscles of crucial oxygen. Very hard contractions of the muscles also usually involve a contraction of the diaphragm, in turn increasing the pressure on the thoracic cavity, the hole your lungs fill. Exhaling helps release the pressure buildup in your body, and yelling releases carbon dioxide, making room for fresh oxygen.

“[The martial artists] performed the task silently, and then again while performing a breathing technique called the kiap—a sharp exhalation of air that can produce a quick, loud, guttural yell. The participants’ handgrip strength increased by about 7 percent when they did a “kiap” as compared to when they didn’t.”

Grunting and yelling isn’t for everyone, though, and if you start—or continue—to incorporate grunting into your regime, you should be aware of this. Many people feel yelling or screaming is just for climbers to draw attention to themselves and also feel it disrupts the serenity of a natural setting.

But there are people all along the continuum of acceptance. Some feel it’s only OK for climbers who are just about to fall off and need that extra boost, while others feel it’s only OK in a gym. Some don’t mind at all. I personally tend to be in the latter camp and if someone happens to let out a funny-sounding grunt or yell, then they’ve actually contributed to my climbing experience! I say, try it out and if you’re worried about breaking the “leave no trace” rule of “respect for the quiet enjoyment of others,” then just ask the people around you if they mind, and act accordingly.

I have found, if you find yourself talking aloud or under your breath on a climb, certain words, like “no!” or “shit!” can be defeating, while other words like “yes!” or “come on!” can help you stick the move.

Likewise, I’ve found that certain grunts, screams, or whimpers can be defeating sounds, such as, “Uh-oh,” “eek!” or “aah!” But others tend to demonstrate more commitment, power, and focus, like: “Ptsaaaat!” “puhUUgh!” or “dtAaat!” (Pardon my phonetics.)

Take the time to listen to other climbers, especially strong ones, and pay attention to the noises they make. You don’t have to scream like Adam Ondra. Just remember that timing is key for making your grunt, yell, or whatever count. Doing so just before your move versus during your move makes it far more effective.

If you’re embarrassed, try going to the gym during off hours to boulder or toprope with a partner and try out different grunts to find your power noises. Believe me, I’ve made some funny ones, completely unintentionally! Like all aspects of climbing, be aware of your surroundings and be courteous to others. If you let out a noise and it looks like people aren’t so happy, maybe save the grunting and yelling for the gym. But it’s worth a try if it can help you get you to that next level.