Dream Of Staying In A Fire Lookout? 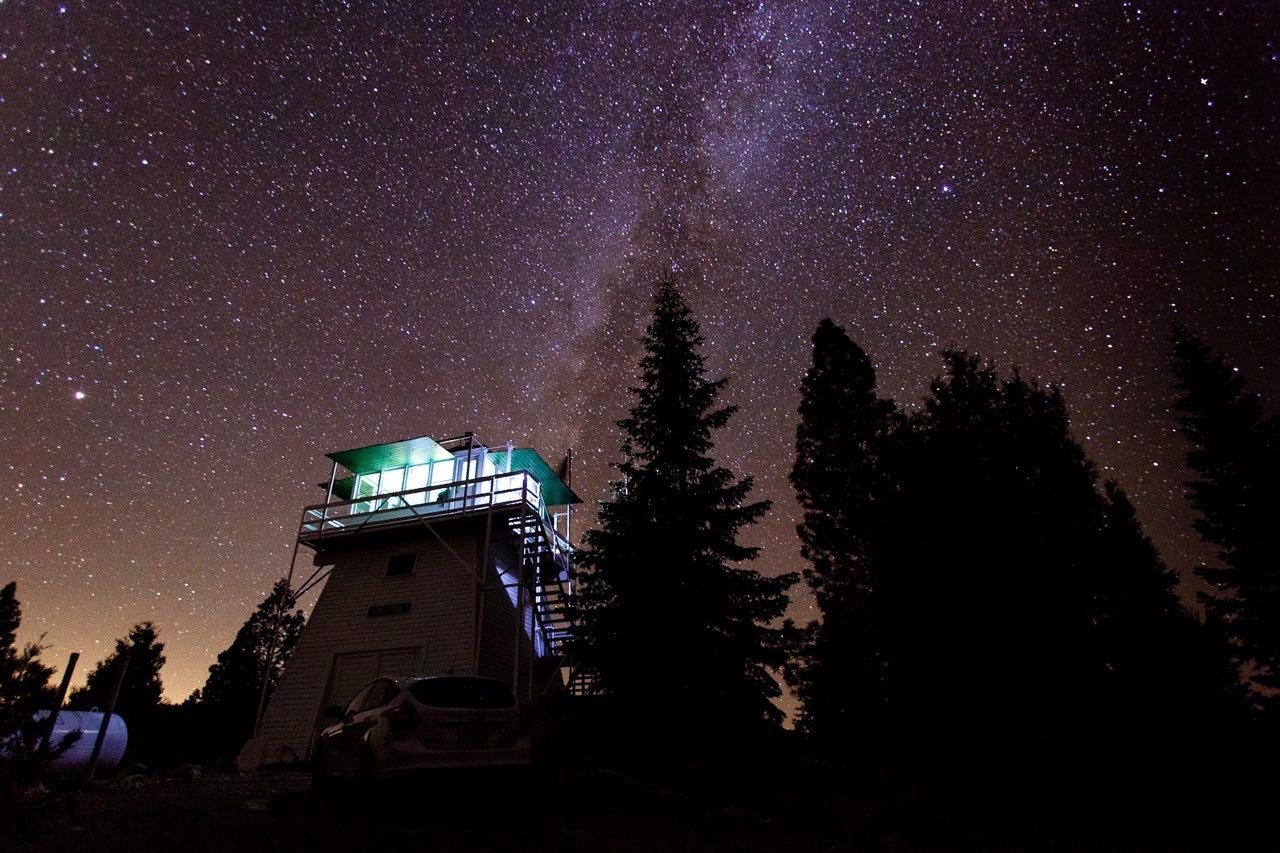 Before the first European explorers arrived in North America, wild landscapes were kept “wild” via fires and maintenance by the First People of the land. But as indigenous people were removed from their ancestral homes and much of the West was developed, the practice of fire suppression began. Without controlled burns destroying old, downed vegetation, wildfires frequently pop up across the country, so townships and lumber companies built fire lookouts to watch for new fires that might threaten.

Predating the US Forest Service, fire lookouts towers—more commonly known as fire lookouts—employed people to search for these fires. Fire lookouts were most popular from 1930 to 1950, and doubled as military lookouts during World War II. As technology advanced, need for people in fire lookout towers diminished, and most fell into disarray. A select few in remote areas are still in service—and some are actually available for people to camp in. Think hut camping, elevated. But reservable lookouts book out months in advance. Calpine Fire Lookout in Sierraville, Calif., requires an early wake up, dexterous fingers and crossing your fingers for a date six months away. First come, first served spots require alpine starts to be the first one there. Hidden Lake Lookout in Washington’s North Cascades is one of those lookouts. 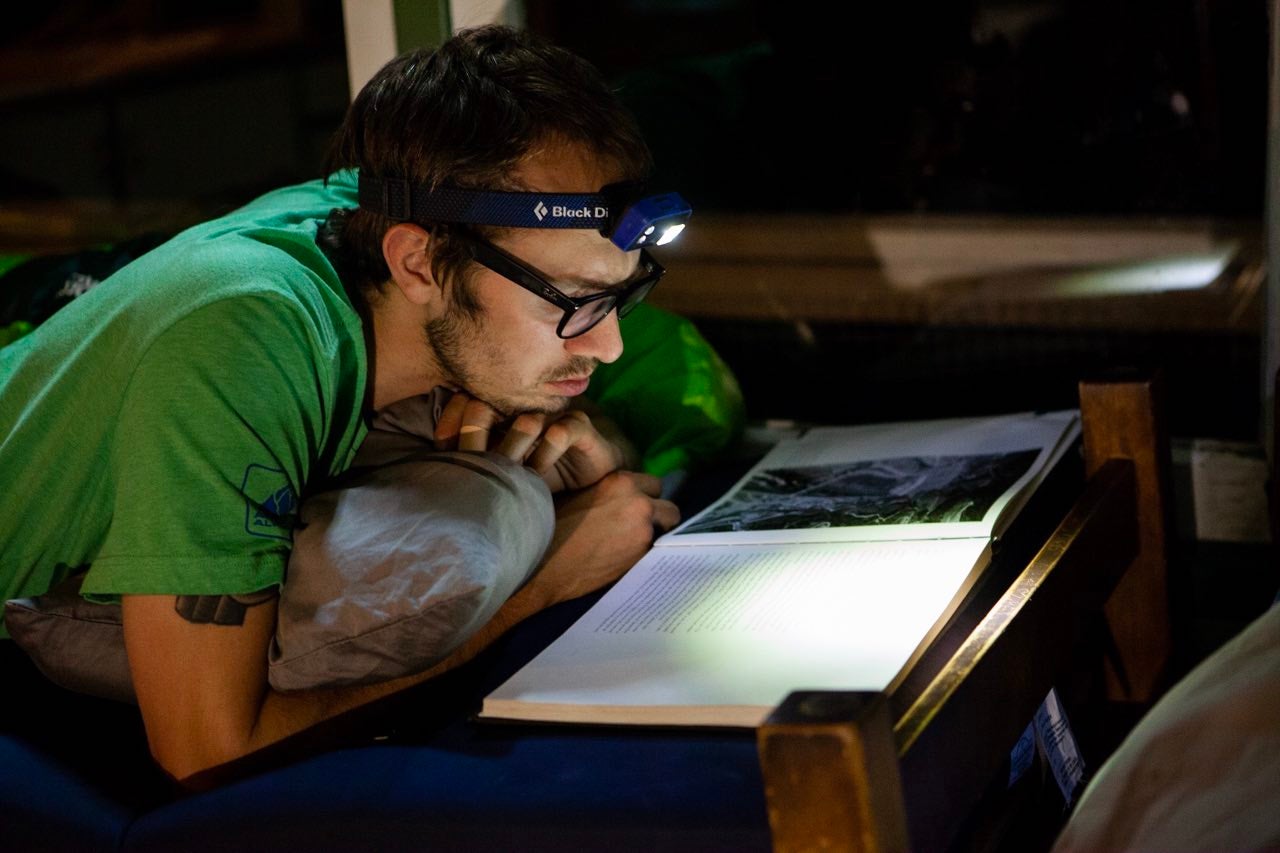 Depending on where it’s located and the season, you might even be able to drive right in with all your things. Other areas may require a hike, like a real backpacking trip, except sans hauling your shelter and sleeping pad. In the summer, the US Forest Service gives you a gate code to park next to Calpine Lookout. In the winter, the same lookout requires snowshoeing or skinning to reach it.

Don’t expect luxury. It’s not a five-star hotel. These accommodations might be luxe by dirtbag standards, but these were built for function, not form. Summers can be really hot and winters can be chilly.

Lookouts are generally stocked with the bare minimum you’d need to survive, just like if you were out there surveying for fires. The stoves, for cooking or heating, may not work. So it’s best to bring backup, if you’d like to eat. Pack all the warm gear if you’re not a fan of the cold. Like campsites, lookouts need to be kept crumb clean. Rodents sneak up and wreak havoc. 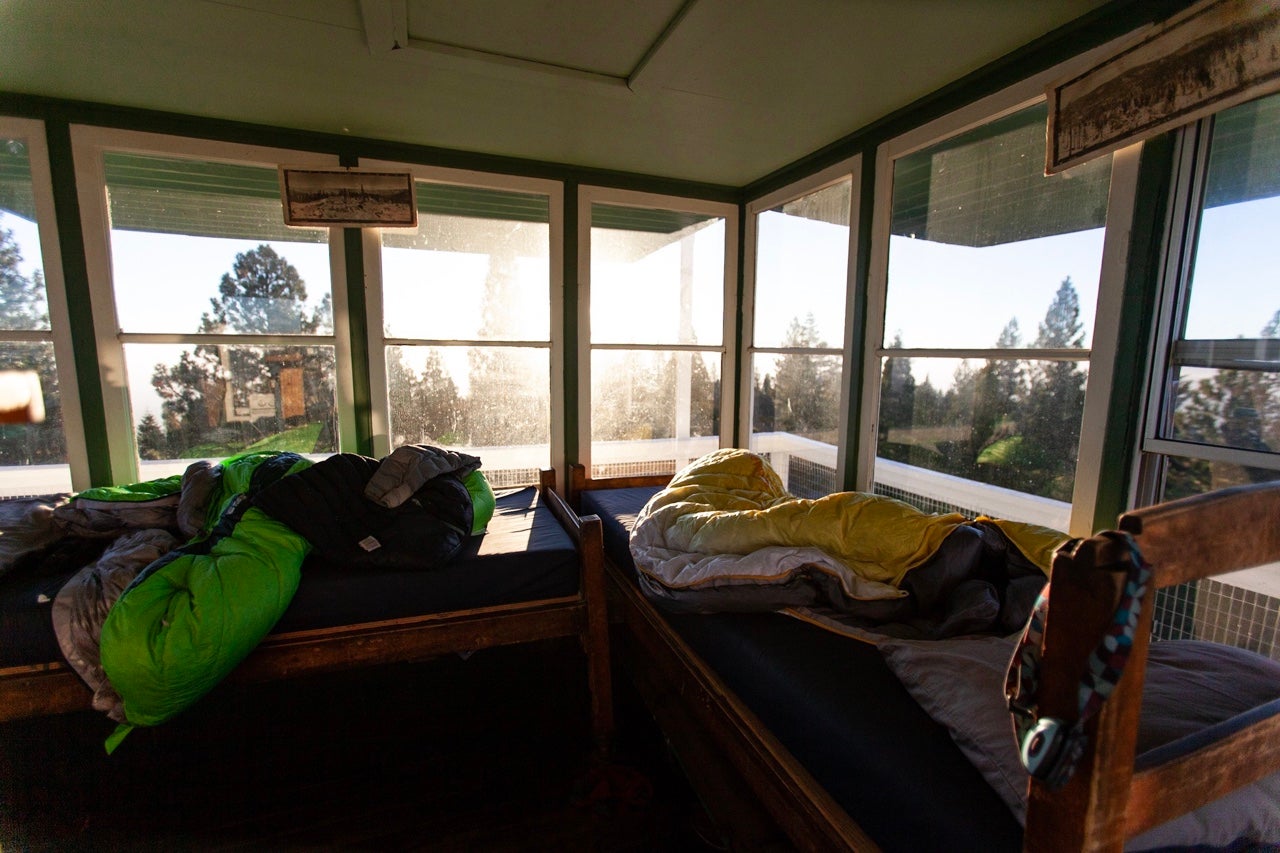 Don’t forget to spend time here. It’s easy to go hard all day when you’ve got a cozy place to sleep. But you stalked recreation.gov or worked hard to get the lookout, so don’t forget to enjoy it. Plus, this was designed to look for fires so the views cannot be beat. If you’re lucky enough to be in a lookout tower with an Osborne Fire Finder, play around with it. This device was used to pinpoint locations of wildfires. Bring a good book to cozy up with, watercolors for getting creative, or some board games to pass the time. The fire lookout may even have some fun goodies that permanently live there.

Not an early bird? Don’t forget an eye mask. Unobstructed views and panoramic windows means you’re up when the sun is up. That being said, this is the least amount of work you’ll have to do to catch sunrise. All you gotta do is open your eyes. You don’t even have to get out of your sleeping bag. Night owl? Pack some extra headlamps and string lights to keep the party going after the sun goes down.

When the fun’s said and done, you’ll have to clean up after yourself and leave it better than you found it. Yes, leave no trace applies to fire lookouts as well. The lookouts depend on all visitors to keep it open.