How Do They Come Up With This Stuff? 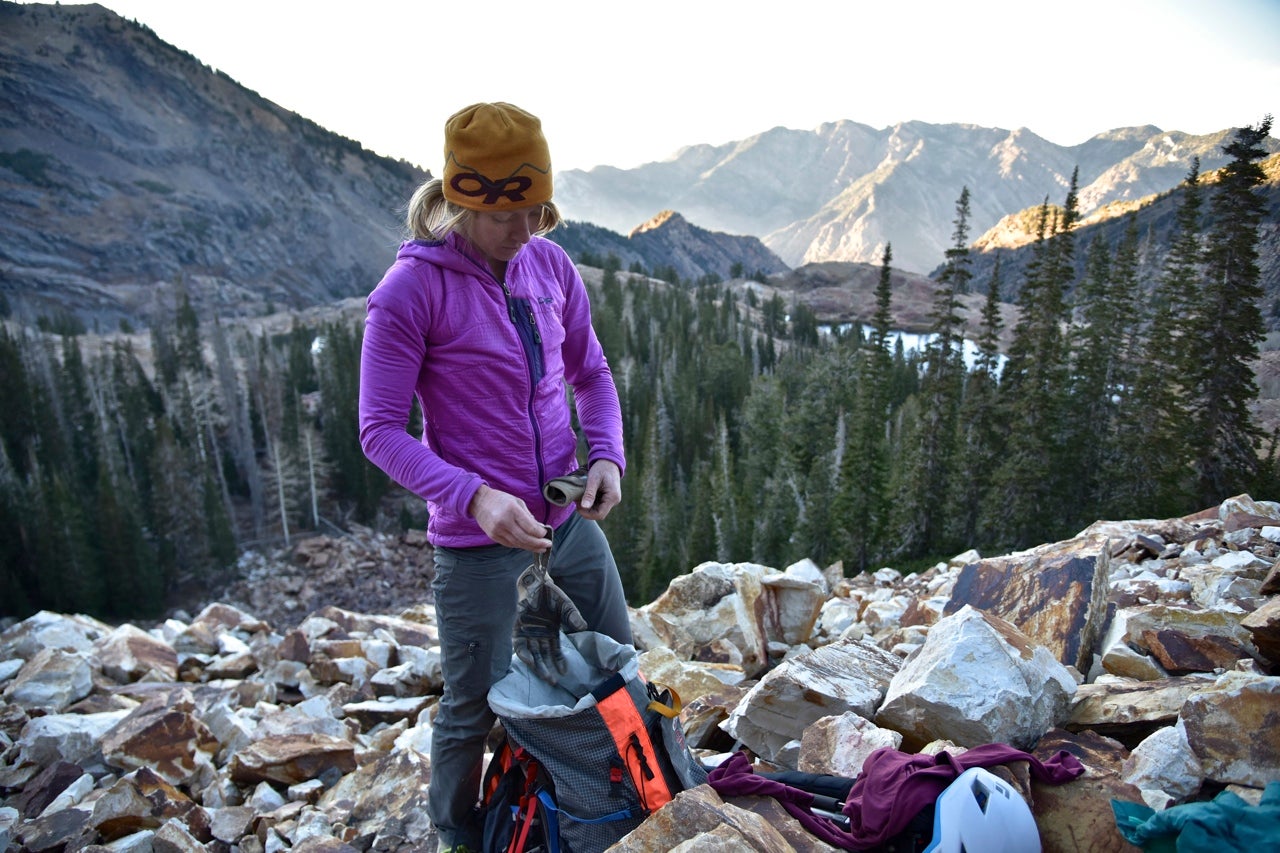 Not too long ago, transitioning during a ski tour or taking a snack break on a cold-weather hike meant a crazy quick-change routine of rummaging through backpacks to add or shed layers. But big changes in fabric technology—and designers' ideas—have changed that. With new active insulation pieces that work well both when we're moving and still, like the UberLayer Hooded Jacket and the Deviator Hoody, we're more likely to be able to wear one single jacket throughout the day. Have you ever wondered how they put the magic in that kind of jacket? We tracked down outerwear product manager Melanie Sirirot to find out. 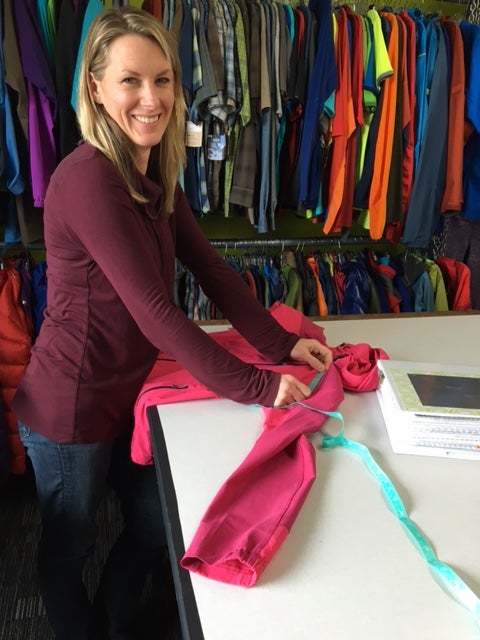 OR: It's one thing to be an outdoors person and know what you dream of in a jacket—like dreaming about a pseudo-puffy that breathes while you're skiing uphill. It's another thing altogether to understand how to use high-tech fabrics to make that happen. What's your background, and how did you get into designing outerwear?

Melanie: "I have a degree in chemistry and biochemistry and my first job out of college was as a project manager at an environmental chemistry lab. After a year of work I decided to move to Vermont where my father had recently relocated to take a break and figure out what was next. I spent the winter snowboarding and working at a restaurant and also a ski shop. I was the only female employee at the ski shop, and spent a lot of time trying to learn the technology of the materials plus reading all the ski magazines cover to cover. My father made a comment that he’d never seen anyone study so much for a minimum-wage job. He was pretty disappointed that I wasn’t using my degree, but it all felt right to me at the time and I really loved what I was learning, plus I was becoming a better snowboarder and really having fun with the sport.  (He later fully supported me in my career as he saw how it evolved).

OR: So the ski bum stage eventually paid off?

Melanie: "My manager noticed that soft goods were moving much better than they had in the past, and asked me to go to the local trade show to help him buy the next year’s collection. I absolutely loved the experience and was amazed to see this entire world of outdoor retail that I never knew existed. At the end of the winter, I sent  a cover letter and resume to Burton Snowboards, enquiring about potential work as a chemist for snowboard resins or polymers. They got back to me right away saying they didn’t need chemists, but were interested in my experience as a project manager and softgoods buyer. In the end they took a chance on me and I was hired as the glove product manager. I managed the glove product line and learned glove design and development on the job. After two and a half years of a whirlwind learning adventure, plus the realization that I was actually quite good and balancing the business and creative side of things, I applied to Cloudveil in hopes of getting back to my home state of Wyoming. They offered me a job to manage their apparel line, and I quickly added a glove line to round things out. I spent five years at Cloudveil, then took a couple years off to travel and ended up meeting my husband in Thailand. After that I accepted a position at Outdoor Research as product manager, apparel. I’ve now been at Outdoor Research for eight years, overseeing first all of the apparel and for the last five years the technical apparel category." 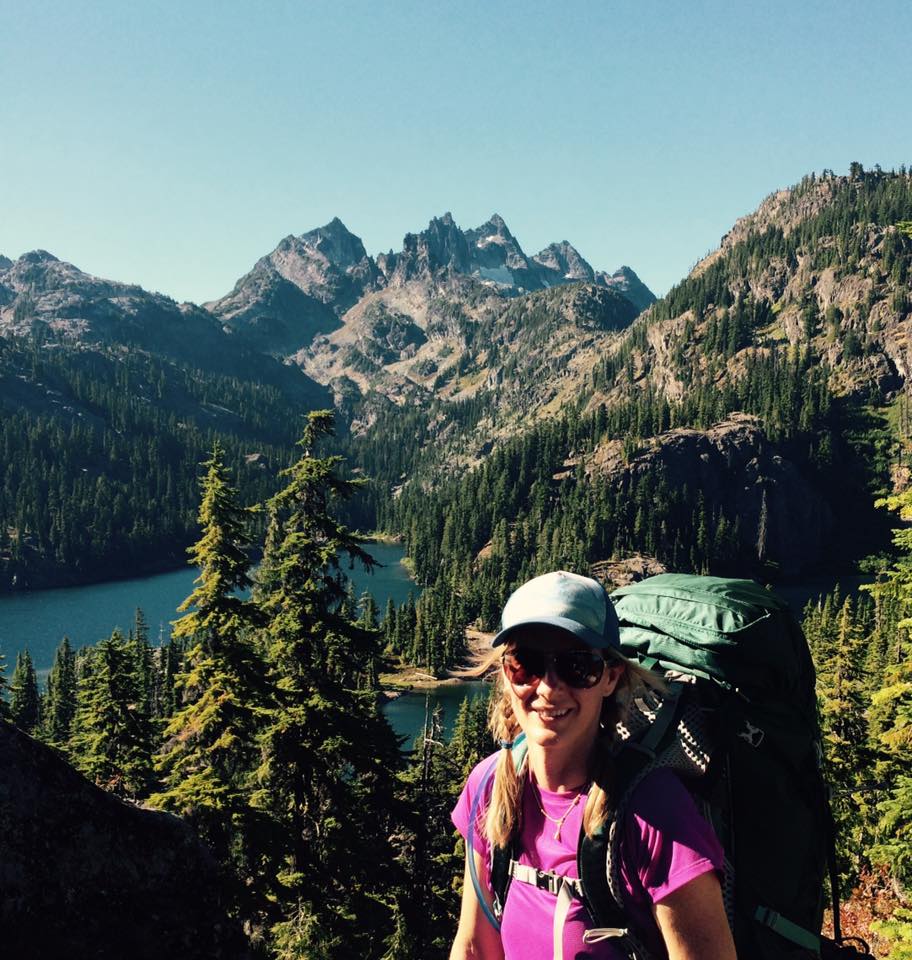 OR: I love that story! So, when it comes to these kinds of ground-breaking designs, like the active insulation pieces like the UberLayer Hoode Jacket, which comes first, the chicken or the egg? Do you have an end product in mind from the start? Or do you start with a material and dream up a way to use it?

Melanie: "It’s actually a little of both. Our first true active insulation piece was the Superlayer Jacket that launched in fall 2014. It’s really a collaborative process, and in this case Jeannie Wall, a product consultant and strong mountain athlete, proposed the concept. We wanted an insulating jacket that you could actually sweat in, but still be warm. With traditional synthetic insulation jackets a down proof shell and lining is required to prevent fiber migration. These fabrics have an air permeability of 0 CFM, so they block the wind and  greatly limit the ability of any moisture to pass through the fabric. This means they keep you warm if you’re not moving, but get really clammy with any exertion. We also wanted the jacket to have stretch and be quieter and softer than traditional ripstops. This led us to a stretch-woven fabric with a high air permeability for the shell. We needed an insulation that wouldn’t migrate—which we found from Primaloft. For the liner, we could use the same fabric as the shell, but that made the jacket a bit heavy. I had come across a fabric about a year earlier that was a woven mesh. It was sitting on my desk as something interesting and unique, but I hadn’t yet figured out where to use it. Now I found the perfect use—as the lining for this jacket! It had an air permeability close to 100 CFM, so air would move through it readily, and as a woven fabric it was more durable than a knit mesh, plus it allows for better glide over the base layer. The Superlayer was great, but the concept was evolving faster than we could launch a product. Before this even went to market, we were on to the next rendition with the Uberlayer, using Polartec Alpha in a weight that was less warm than the Superlayer."

OR: So it really helps to be a fabric geek! Have you ever had a huge "aha" moment, when you felt a concept come together, and got really psyched about it?

Melanie: "Yes, I’ve had a few of these over my career. One was with a glove at Burton called the Oven Mitt. I just sat at my desk after a really cold weekend at Stowe, almost daydreaming as I took different mittens on and off, trying to come up with the warmest and coziest mitten I could, wanting a sleeping bag for the hands. In the end, it had separated fingers to trap in the heat but still allow dexterity, as much Primaloft as we could fit into the package, and the defining detail was a stretchy fleece inner cuff.

Another was the OR Helium Jacket and the Helium II. The working name for the Helium Jacket was the “caught out in it” jacket. I was looking at some photos of my harness with a light wind jacket clipped onto it. How could we achieve a similar small package but in something truly waterproof? The Helium Jacket has a single chest pocket, hood, is fully seam taped, and stuffs into a unique pocket so the shell side of the fabric is out when it’s packed, for better durability. The next rendition of this jacket, the Helium II, evolved from a  fabric technology. I saw a new Pertex Shield+ product at the Winter Outdoor Retailer show—a 2.5 layer as was used in the current Helium, but with a clear laminate. It was the first time I’d seen a clear laminate and it 'read' so much lighter. It also had a higher waterproof and breathable spec, and was lighter. Normally the spring line is wrapped up by the time we attend the winter show, but I was so excited about this fabric that I wanted to fast-track it for the Spring 2012 line. The Helium was doing really well so I was nervous about changing something that was already working, but it felt right to take a chance and make it that much better. It was a chance that worked—the jacket really took off with the fabric change."

OR: Thanks for the inside scoop, Melanie! We're stoked to see what's next from you!