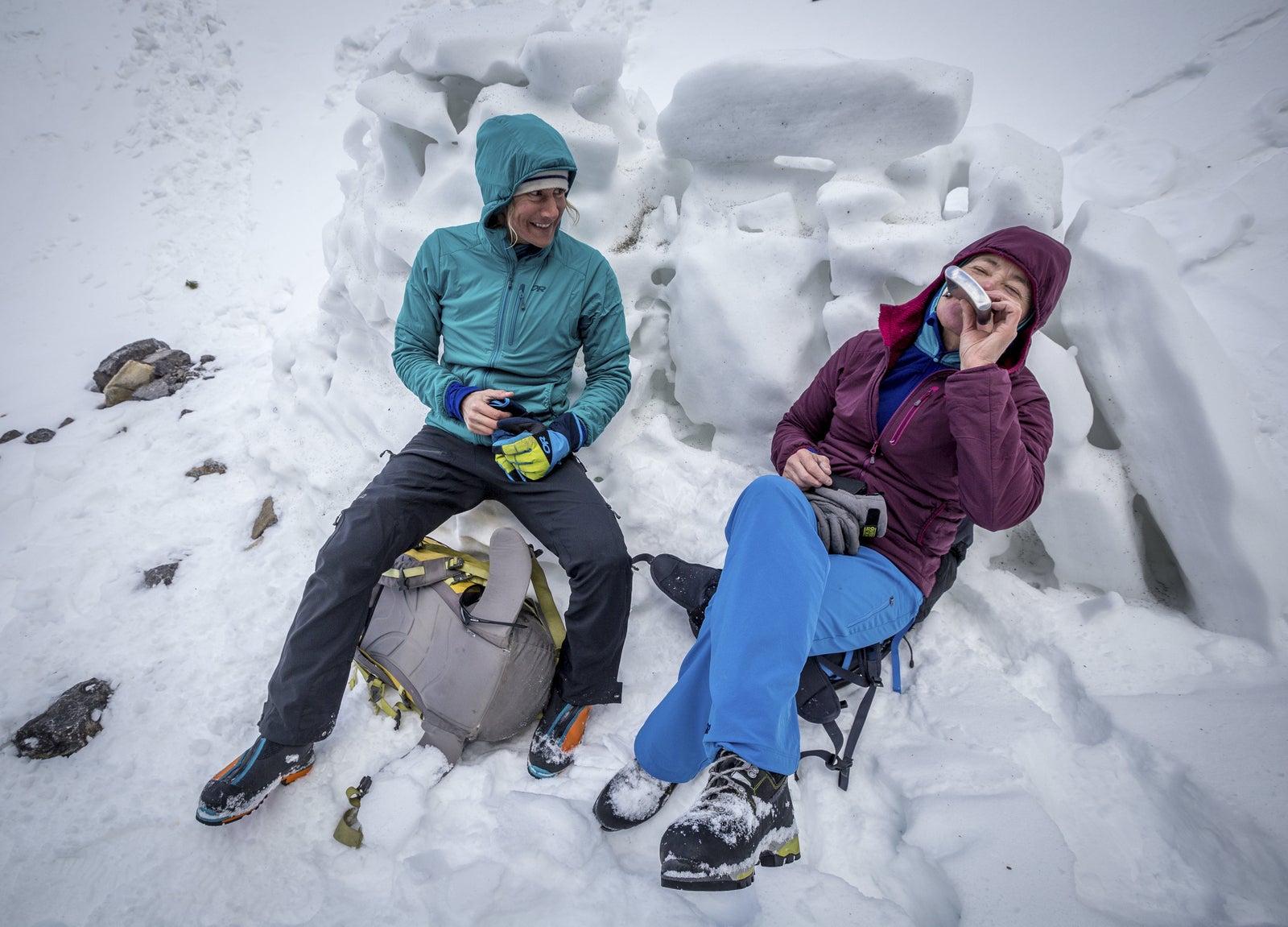 It’s become commonplace to find multiple teams on an ice climb. And in 20 years of climbing Ice I’ve seen it all: passing, getting passed, rope tangles, foot racing to routes, getting shelled, shelling …  Unfortunately, some of these experiences have ended up with people heading to the hospital for stiches or x-rays, but luckily nothing worse. I’ll admit, I’m not always an angel myself in these situations, but I’ve learned a few things over the years that I think is worthwhile sharing. The key to dealing with crowds while ice climbing comes down to managing risks, communication, technique and timing.

RELATED: The Psychology Of Climbing With Women

Unlike climbing rock, where multiple teams on a route normally causes little more than a nuisance, sharing a route on ice can pose serious risks. Climbing under another team is a bad idea, especially if a route involves pillars or any kind of hanging ice. Nonetheless, many people accept this risk and embark on a route where another team is already climbing—but they often misjudge how they are impacting the team above. When I see another team start climbing below me I try to climb more cautiously to avoid hitting the team below with ice. This means climbing more slowly, not clearing bad ice and potentially committing to poor tool placements. Your security climbing ice largely depends on the old adage, don’t fall. When you’re being distracted by a team below you’re probably inadvertently in as much risk as they are. If you don’t mind getting shelled by ice, that’s fine, but realize that your actions still affect the other climbers. 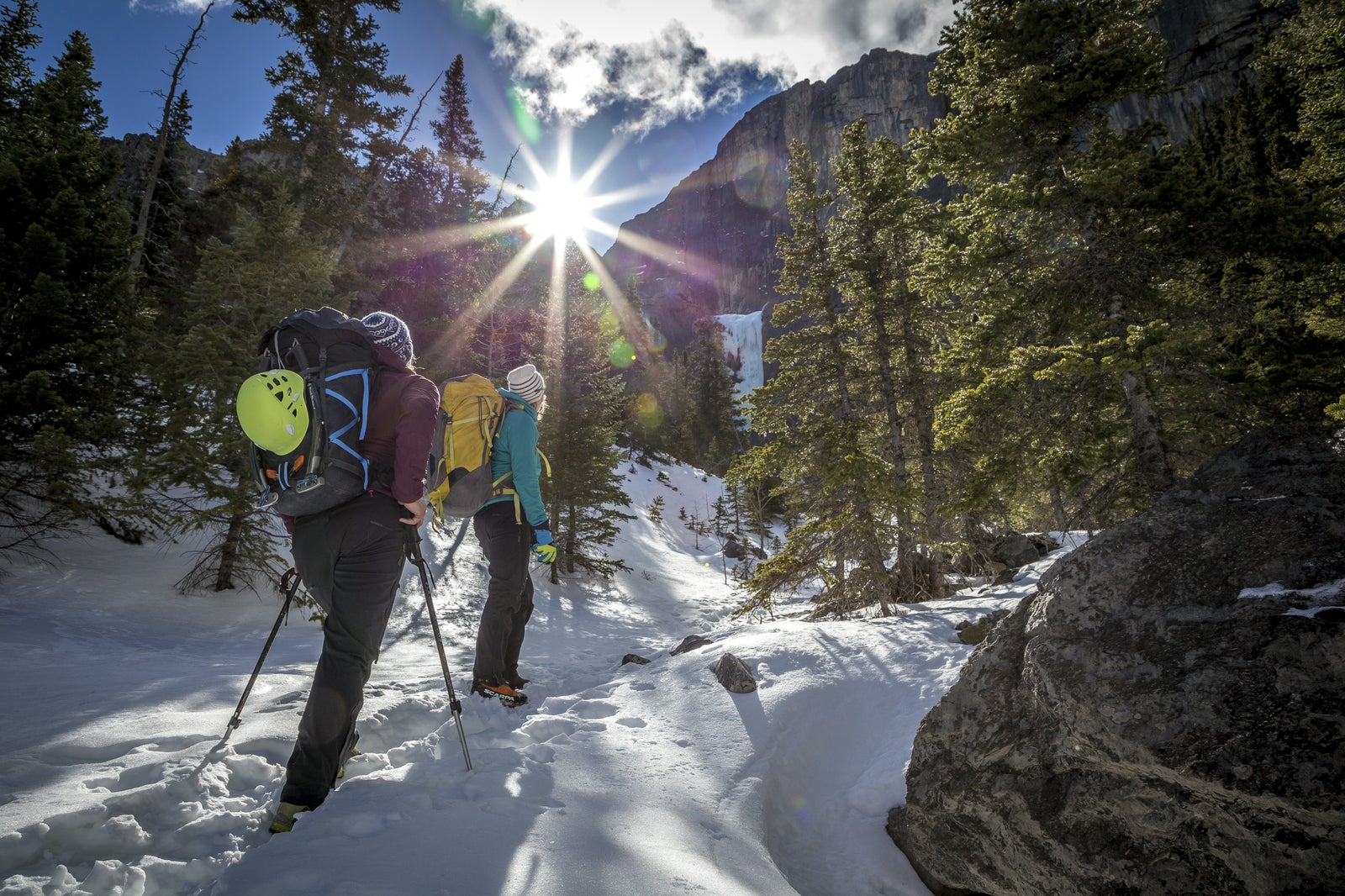 In many cases ice climbs can accommodate multiple teams. This largely depends on the route, but stepped ice falls—especially with snow between the steps—and wide ice climbs tend to work well with multiple parties. The key to multiple teams climbing the same ice route lies with communication. If you arrive at the base of a climb, or at the parking lot, talk with the other group and formulate a plan. Ideally the two leaders can climb next to one another, and the followers as well. This is the best strategy if the climb is wide enough. On narrow climbs, you can lead close behind a second. Make sure you’re not too close, to allow for rope stretch if they fall, though. This minimizes the distance that ice has to accelerate when it falls, and your second can try to follow the pitch while the above team is transitioning. Yes, there will be some waiting involved by both teams, which is why it’s important to communicate. I have had good luck employing both of these tactics, and while neither is ideal, they’re better than hiking back to the car without climbing. 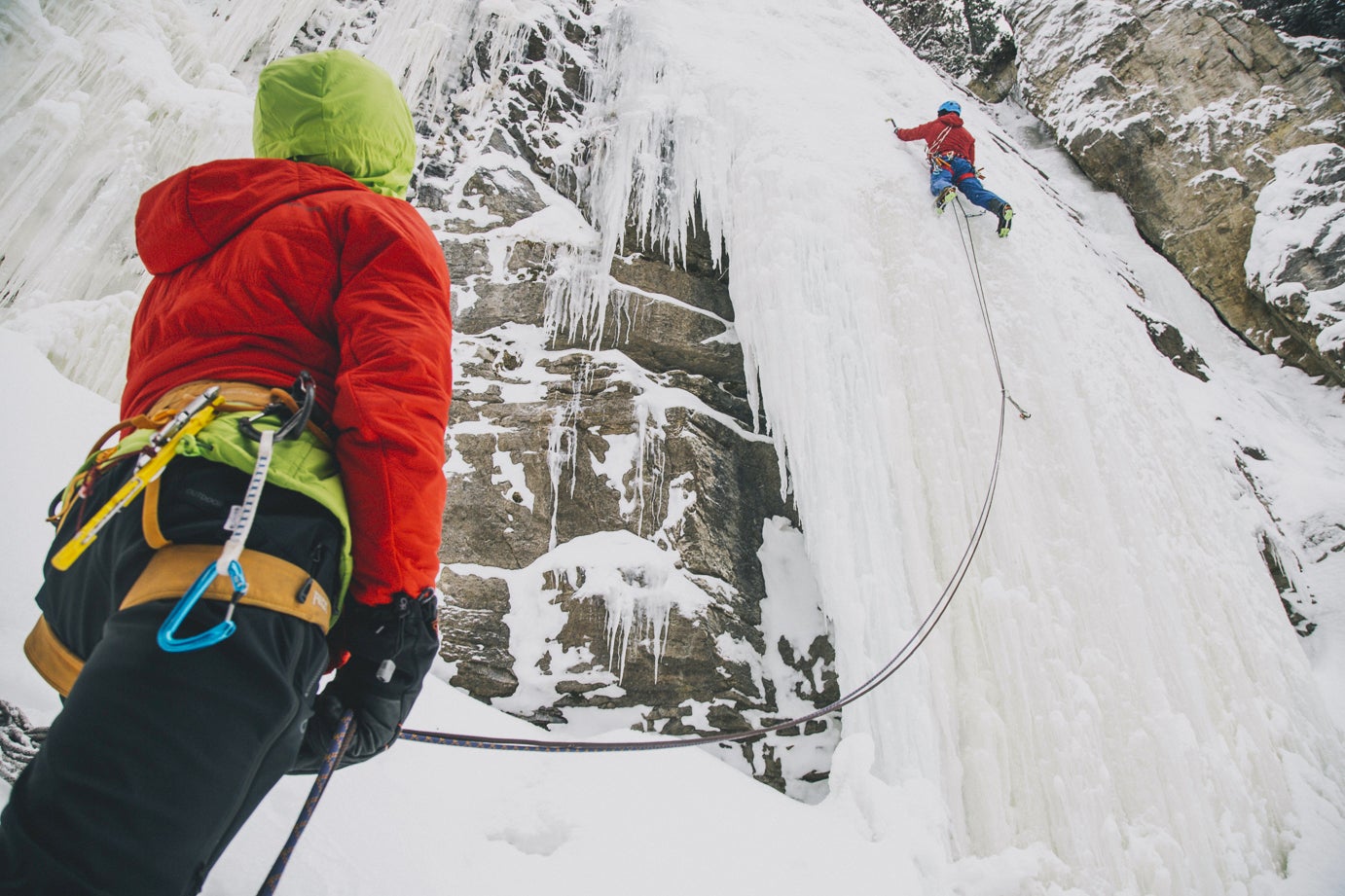 Climbing with good technique is essential when sharing routes. It will reduce the amount of ice you dislodge. Ice is going to fall no matter how good you are, but experienced climbers will knock down far less. This means choosing tool placements carefully, looking for depressions in the ice and avoiding swinging into bulges. When you’re on top rope, try to follow the leader’s placements and hook when possible. If you do fracture a large piece of ice, try to break it up into smaller pieces before you let it fly.

When it’s not practical to share a route with another team, timing is the key. You need to go early or go late. In either case, bring a headlamp and don’t be afraid of the dark. While not practical on every climb, many popular classics can cycle two to three teams in a day. Canadians often leave a note with the route they intend to climb and the time they left the car for a given route. This is helpful if you want to change plans or come back for the afternoon shift.

Lastly, on ice, passing is not cool. Especially if the other team has not given consent! I think passing slower teams on rock makes sense. It alleviates stress for both teams and most people just need to get over this passing phobia. But passing on ice is a very different story. Sure, I may be able to climb faster than some people, but that does not justify putting them at risk. Climbing in the mountains is a different story, but for waterfall climbing, if a team arrives first, they get priority. If you want to race to the base, that’s your choice. But I think most people would benefit from discussing options and strategy before embarking on a foot race. 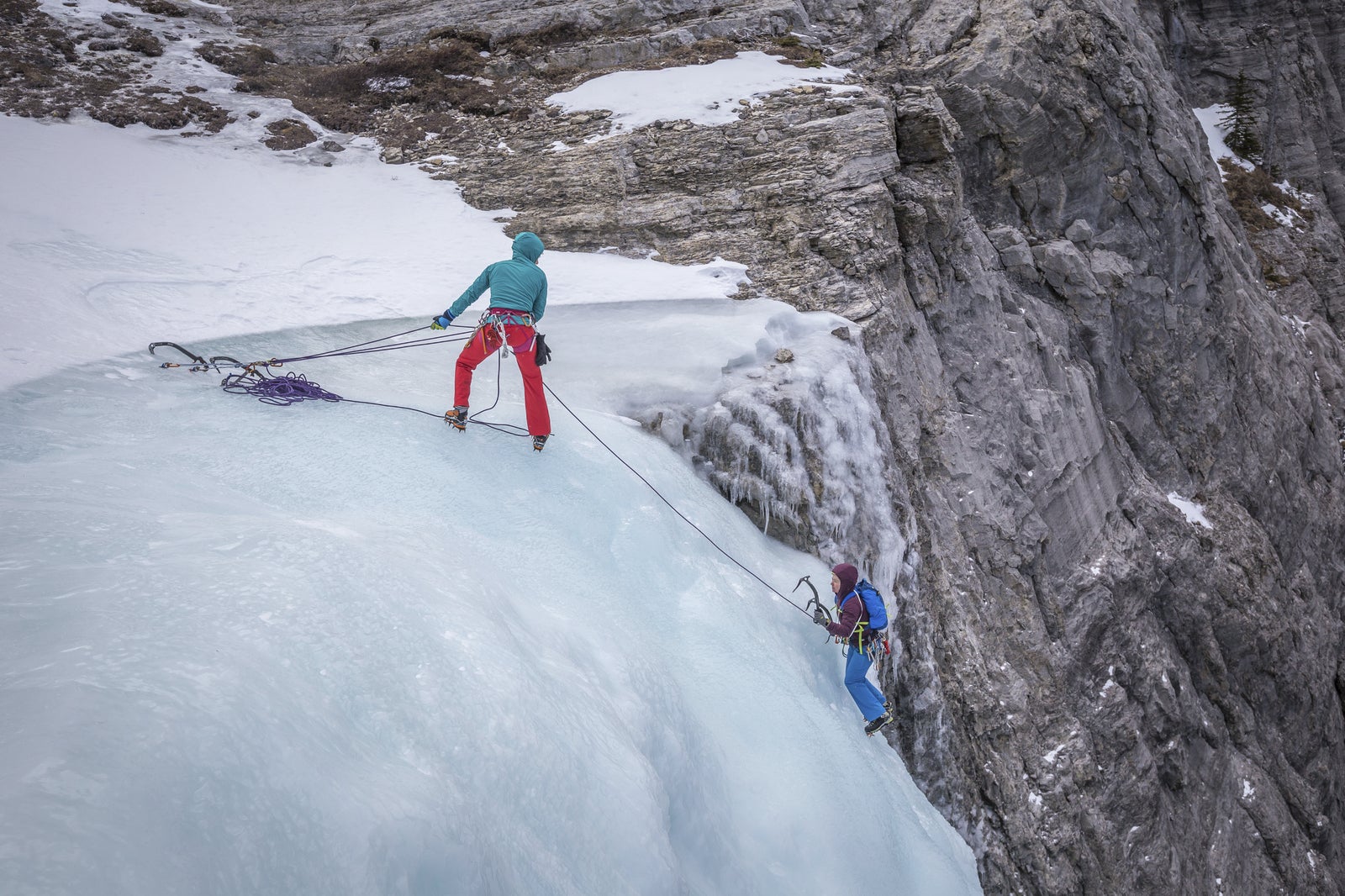 We all want to have a route to ourselves, but the truth is, with more and more people picking up the sport, this has become the exception instead of the rule.  Every year there is more demand for a limited resource. So, rather than hanging up your tools in frustration, starting at midnight, or racing to the base of a climb, I think ice climbers need to start accepting that certain climbs can accommodate multiple teams safely. Rather than getting in shouting matches or driving home skunked, with the right tactics and good sportsmanship, you may be able to share a route, make new friends, partners or more. I actually met my wife on an ice climb where I took the second shift.