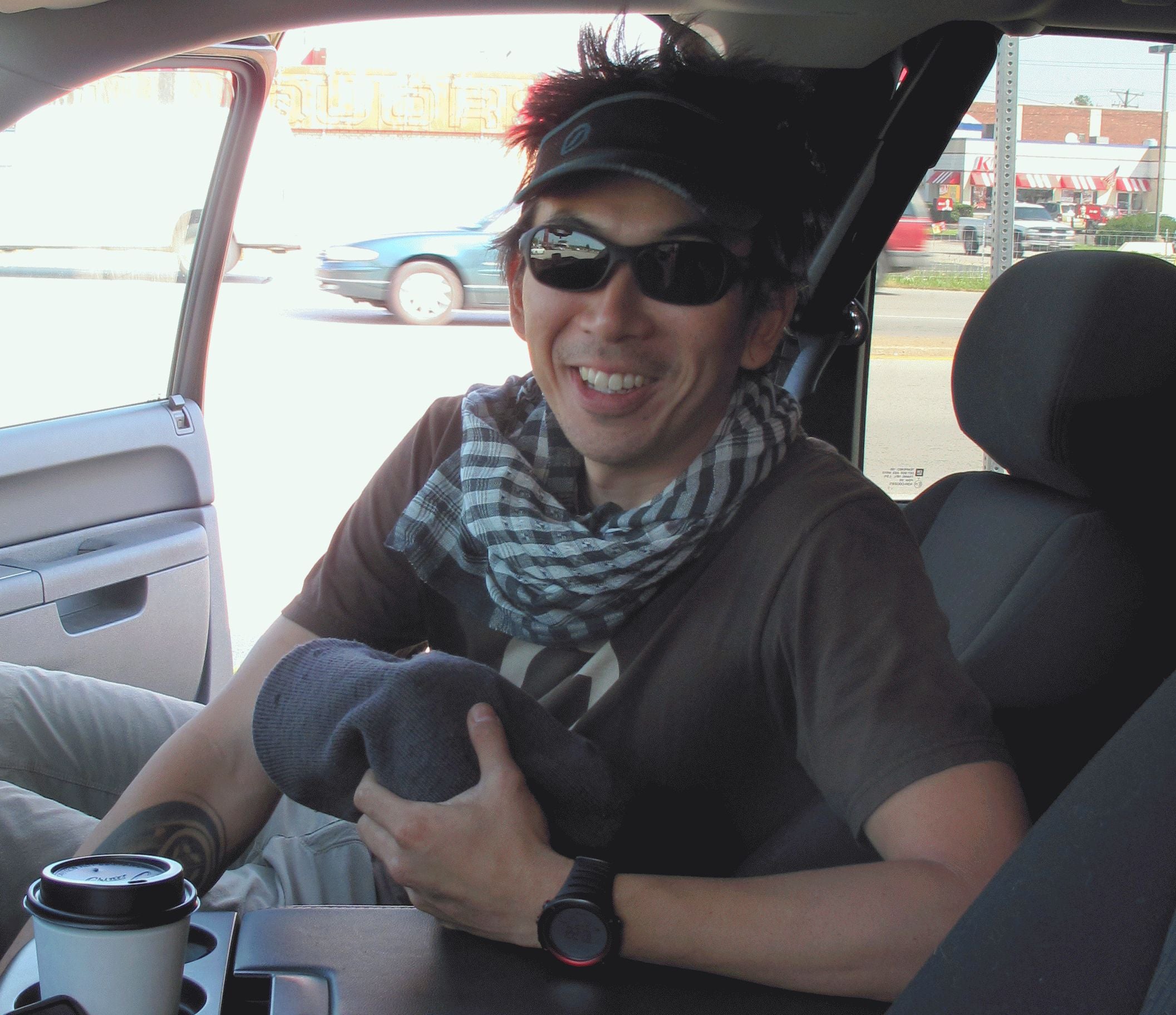 That is my man Shingo.

Chances are if you’ve ever climbed in Little Cottonwood Canyon, you might be thinking, “Damn, that’s my man Shingo!” The fact is, Shingo is a lot of people’s man, and what most every one of these people will tell you is that he’s as psyched to teach newbies to tie a figure-8 as he is to open new routes. Hand drilling bolts from stances. Ground up, of course.

Yesterday our man Shingo was involved in a climbing accident in his hermitage, LCC. At present we really don’t know the exact circumstances of the accident, only that he was being lowered. We also know that Shingo will live to climb and ski another day – hopefully soon, since he’s not one to miss a good powder day – but presently he finds himself in a hospital. He’s probably getting sick of all the fussing going on all over Facebook and the hospital hallways; never a guy interested in being in the lime light.

A few weeks ago while driving back from the Red River Gorge, we were both fired up after a hugely successful Rocktoberfest. We had both just received our American Alpine Journals and our psyche was directed at all the killer places to explore. During this same conversation, we also talked about the equally infamous, “Accidents in North American Mountaineering.”  Having just given an intro to trad clinic to Rocktoberfest, Shingo emphasized that publishing in the AAJ was something to aspire to, while a mention in the ANAM was definitely not.

To this end, I thought it would be fitting that we revisit the Accidents in North American Mountaineering, 2013 edition – while giving thanks that Shingo did his best not to be included in the 2014 edition.

Being a mentor for many in the climbing world, I know Shingo will appreciate this teachable moment:

Our thoughts are with Shingo, his wife Coby, their new puppy and their family as he get back on the road to recovery.