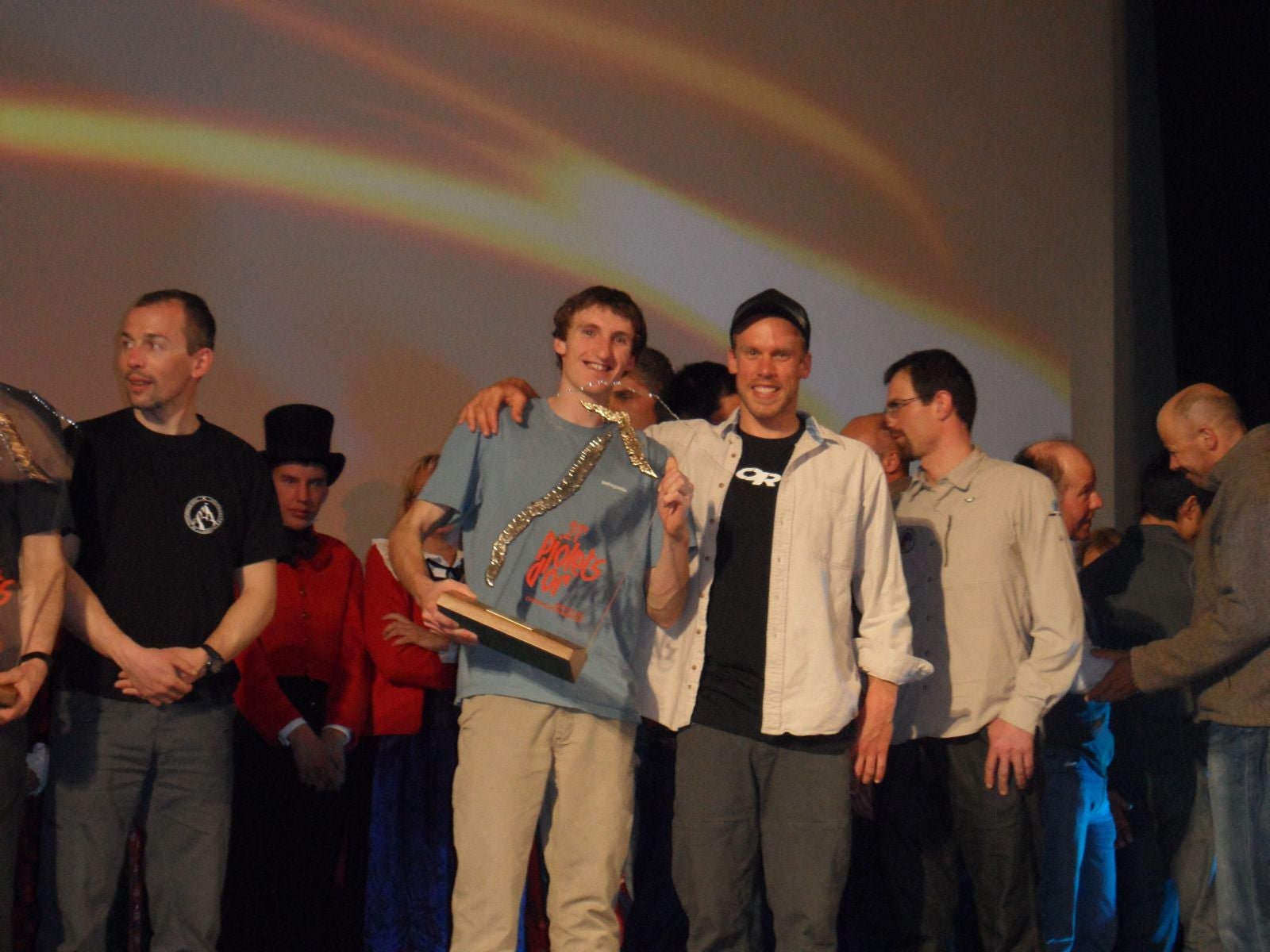 Outdoor Research athlete Kyle Dempster has won his second Piolet d’Or award, this time for his bold 2012 climb of 23,901-foot Baintha Brakk (aka Ogre I) with U.S. climbers Hayden Kennedy and Josh Wharton. Dempster and Kennedy’s successful summit was only the third ever of the Ogre, first climbed in 1977 by Sir Chris Bonington and Doug Scott. The award, given annually by the French magazine Montagnes and The Groupe de Haute Montagne, celebrates the biggest achievements in alpinism from the previous calendar year.

The Ogre I ascent was Dempster and Kennedy’s second in a big year in Pakistan — the two Americans also pulled off the first ascent of the east face of 22,749-foot K7 with Slovenian Urban Novak earlier in the year.

The 2013 Piolet d’Or is 30-year-old Dempster’s second. He also won the award in 2010 along with Bruce Normand and Jed Brown, for the trio’s first ascent of the north face of Xuelian West in the Chinese Tien Shan.

2013 was a unique year in the history of the Piolet D’Or, in that each climb nominated won the award. Other winners were:

For more information on Dempster and Kennedy’s first ascent of Ogre I, see Climbing.com’s “The Third Ascent of The Ogre.”