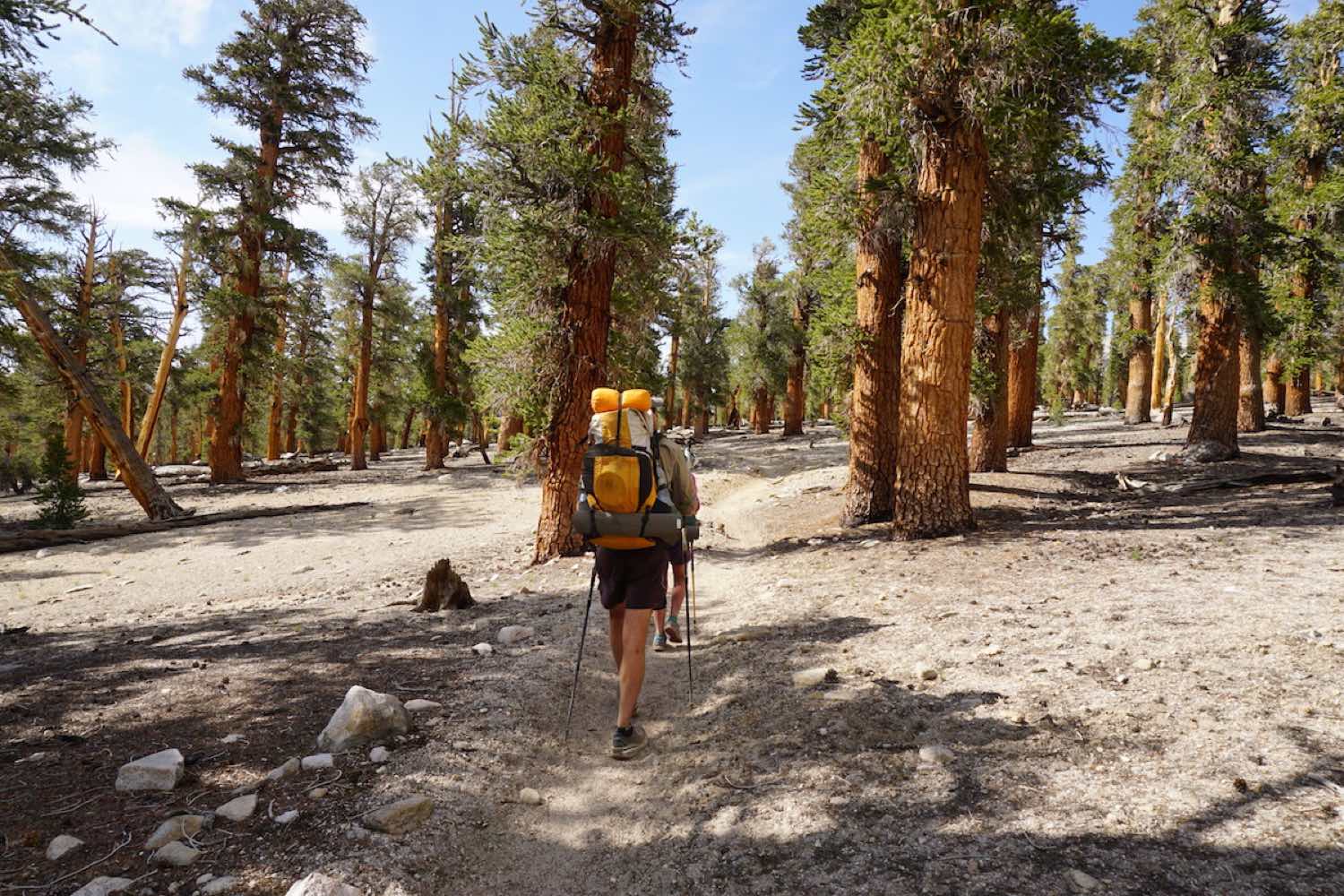 I was hiking solo on the Pacific Crest Trail, back when it was OK to do such things, when I stumbled across a hiker snacking in the shade. Craving company, I sat down beside him and we bantered for a bit on the typical backpacking topics: weather, food, poop. When he walked past my camp that evening, I waved him over.

Upon sitting down, my dinner companion produced a gallon-sized plastic bag stuffed with breakfast cereal and proudly proclaimed that he planned to eat from it for all meals until the next resupply stop. And then, spying my own, much more diverse food cache, added, “You have too much stuff. I mean, like, smart hikers keep it streamlined.” I hung back when he departed the following morning in order to put a little distance between me and the rude dude, but it seemed every time I stopped somewhere—a stream, a road crossing, a spring—there he was, checking his watch and informing me that wow, I was slow. He’d been here forever.

It turns out I had crossed paths with The Competitor, the kind of hiker who enjoys pitting themselves against their fellow wanderers, whether or not they’re aware that there’s a never-ending competition brewing. But luckily, this isn’t the only kind of hiker you’ll encounter on a long trail—here are a handful of others you’ll meet along the way.

The BFF
Apart from the most stalwart Soloist (see below), most thru-hikers tend to gather into small packs. This is your trail family—or in hiker-speak, your tramily. If you’re lucky, one tramily member will rise above to become your BFF. This is the person who becomes your trail sibling, camp buddy, fellow hitchhiker, personal cheerleader, human alarm clock, blister popper, food swapper, and partner-in-crime—or to put it simply, your hike-or-die. 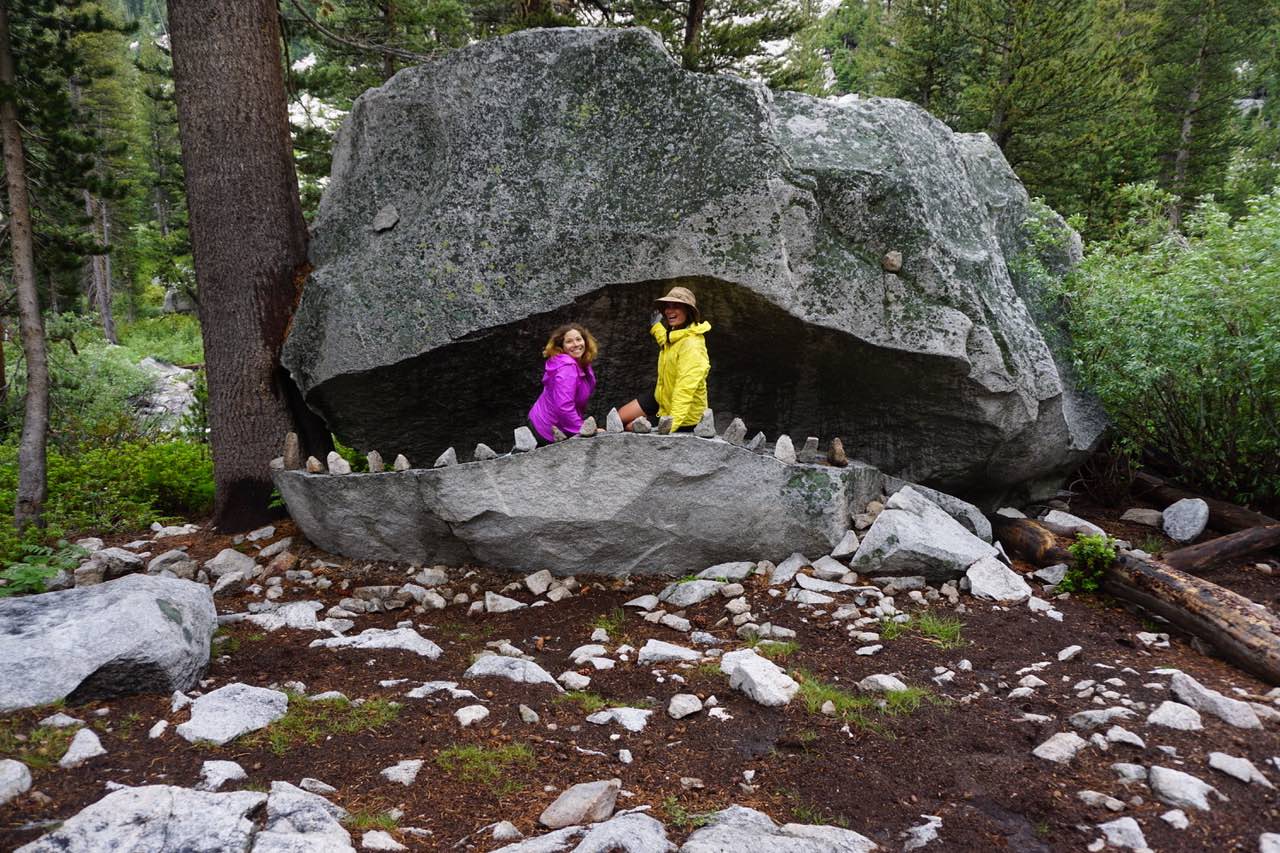 The Cheetah
Wait—what was that? Did something just brush past you on trail? If your eyes are sharp enough, or your camera shutter fast enough, you might just witness The Cheetah whipping past in a blur of neon running shorts and burly calves on a mission to snag an FKT and become the fastest land animal on two feet.

The Clean Freak
There is always one person who manages to keep their clothes and body freakishly immaculate when everyone else is covered in scratches, caked in dirt, and blessed with perpetual pit sweat. Whether it’s an endless supply of freshly laundered clothes, a fanny pack stuffed with wet wipes, or a portable shower tucked in their backpack, you’ll never know how they do it—and even if you did know, you’d never be able to get yourself that clean, anyhow.

The Competitor
Without realizing it, you have signed up for a very, very long race. Your sole competition? That one hiker who glances at their very fancy GPS watch every time you roll up to a water crossing, campsite, road, or landmark, then looks back at you and shakes their head in slow motion. Tsk, tsk—how is it that you’re always in second place?

The Gear Catalogue
Please pull up a patch of dirt and sit a spell while The Gear Catalogue explodes their pack to share their latest and greatest finds. Oh, you don’t have time to stop? That’s okay, they will walk one or two paces behind you all day long, detailing every single item they bought to outfit their adventure. And if you manage to shake them along the way? Don’t worry—they’ll find you at camp, because you’ve just gotta see their new stove set-up. 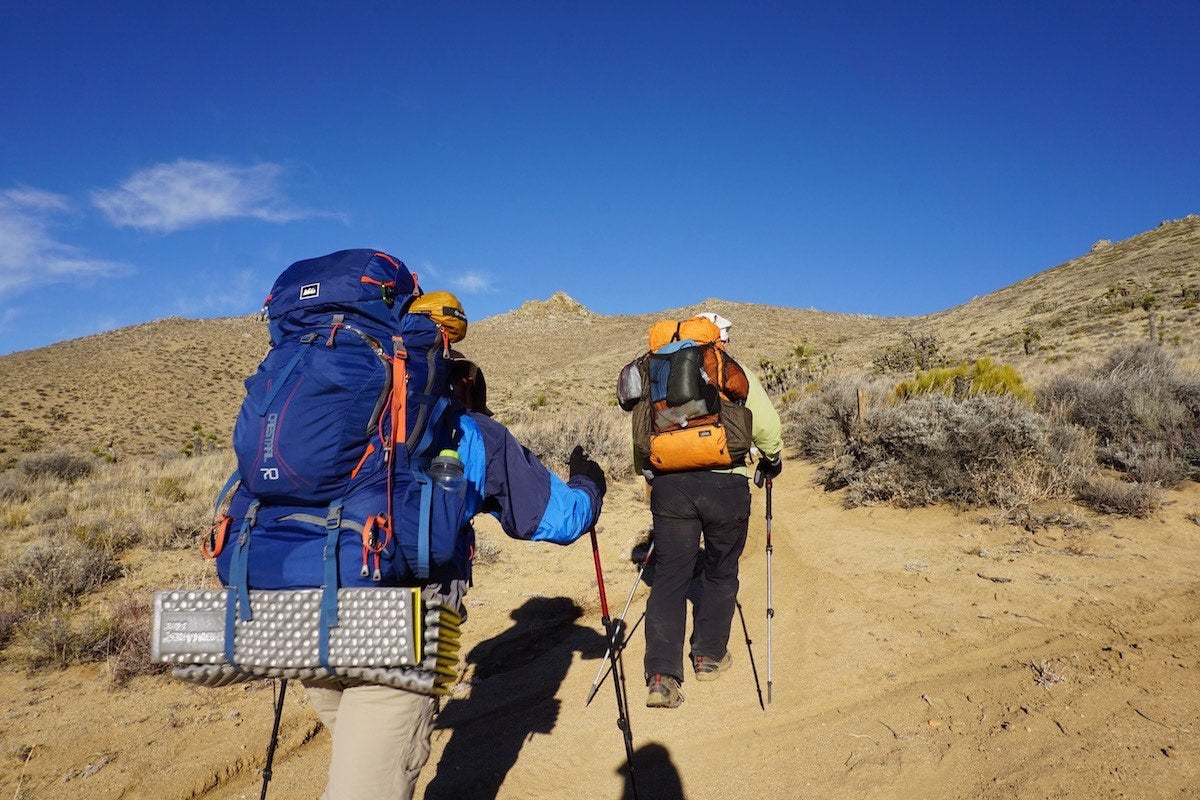 The Gram Weenie
A close cousin of The Gear Catalog, The Gram Weenie is also obsessed with stuff—albeit the kind that probably weighs less than the toenail you lost on the last gnarly descent. Actually, now that you mention it—forget beginner tactics like chopping the handle off your toothbrush and slicing excess straps from your backpack; abandoning toenails is the next level in going ultralight!

The Gourmand
Listen, it’s okay to stare as soon as The Gourmand begins preparing their next incredible meal, which happens to be the world’s most fragrant roasted sage and butternut squash gnocchi topped with a sprinkle of fresh parmesan and sea salt. And it’s even more okay to begin softly weeping into your instant mashed potatoes once they start eating.

The Pack Mule
Unless you’re hiking in an area where the use of bear bells is popular, that jangling sound you hear is most likely emanating from The Pack Mule, who is carrying at least seven items on the outside of their backpack. They might perfectly illustrate the concept that we often pack our fears, but then again, they might also be the person who gets The Gram Weenie out of a jam when their ultralight tarp sets sail in a storm.

The Raconteur
Do you want to hear a story? Or two? Or twenty? The Raconteur is simply filled with them! Their mating call usually sounds like a slightly high-pitched “So, this one time on trail …” Fair warning—this call is most likely to sound right after you’ve slithered into your sleeping bag for the night.

The Sage
Proudly sporting an external-frame pack, full leather boots, and a cotton (!) T-shirt bearing the faded image of a wolf or a bear, The Sage is an endless font of one-liner wisdom and has been hiking since well before you were a saucy glint in your parents’ eyes.

The SoBo
Though not elusive as The Cheetah, you’ll find that you only have a minute or two with the SoBo (short for “Southbounder,” so named for the contrarians who hike southbound on trails usually hiked northbound) before they continue in the opposite direction. What’s great is that in the short time you have together, they’ll gladly share weather predictions, trail conditions, and mileages for the route ahead, although it’s usually a crapshoot as to whether or not they’re actually correct. 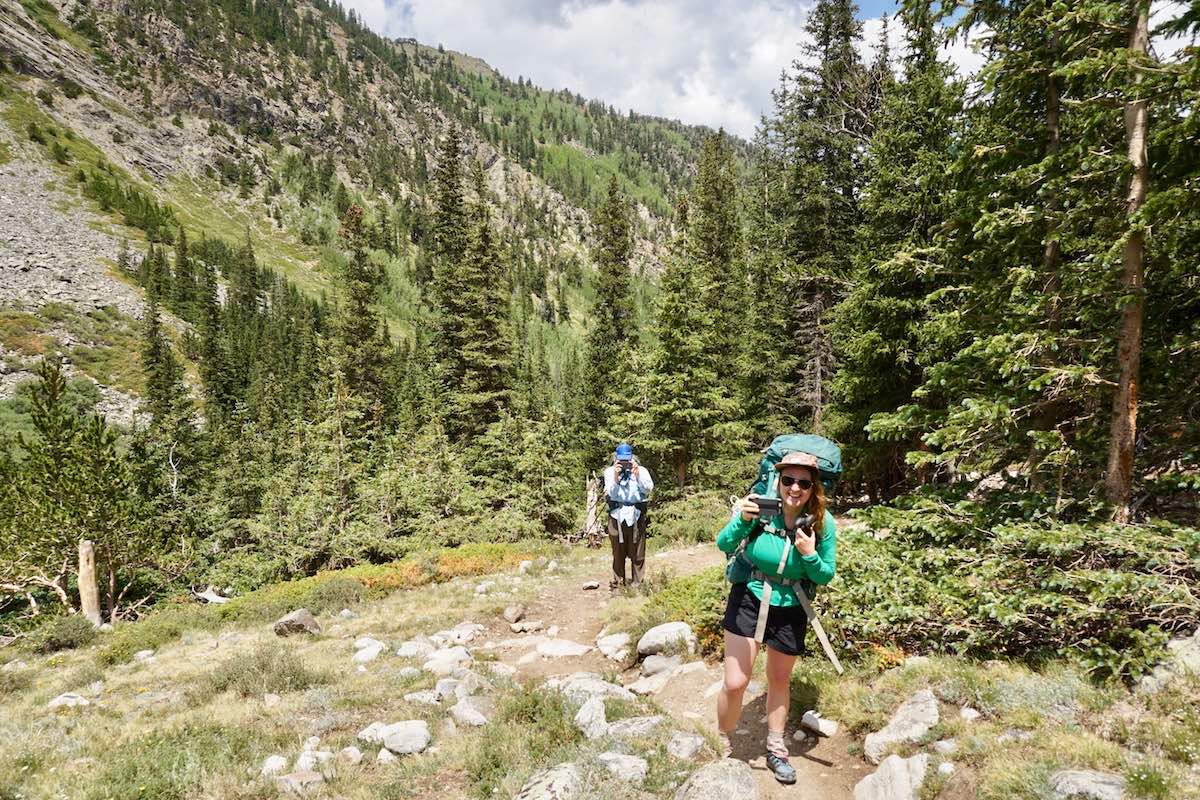 The Soloist
Stony-faced and silent, The Soloist prefers to very literally hike their own hike, doing everything possible to avoid walking alongside, camping with, or even eating in the general vicinity of their fellow hikers. The Raconteur is their sworn enemy.

The Vortex
There’s always one person who goes missing from the trail sometime during the first third of any thru-hike; it’s only later that you discover they are now working as a dishwasher in the town nearest to their last exit point after blowing their entire budget on a week-long pizza bender.

The Yogi
Need some extra food? Hoping for a ride? Looking for a place to crash? Hang out with The Yogi and learn their mystic ways, for they have the impressive ability to source and procure just about anything from anyone without actually giving up something—like, say, money—in return.