So Worth It: Sarah Hueniken Goes All-In For A Once-In-A-Lifetime Climb 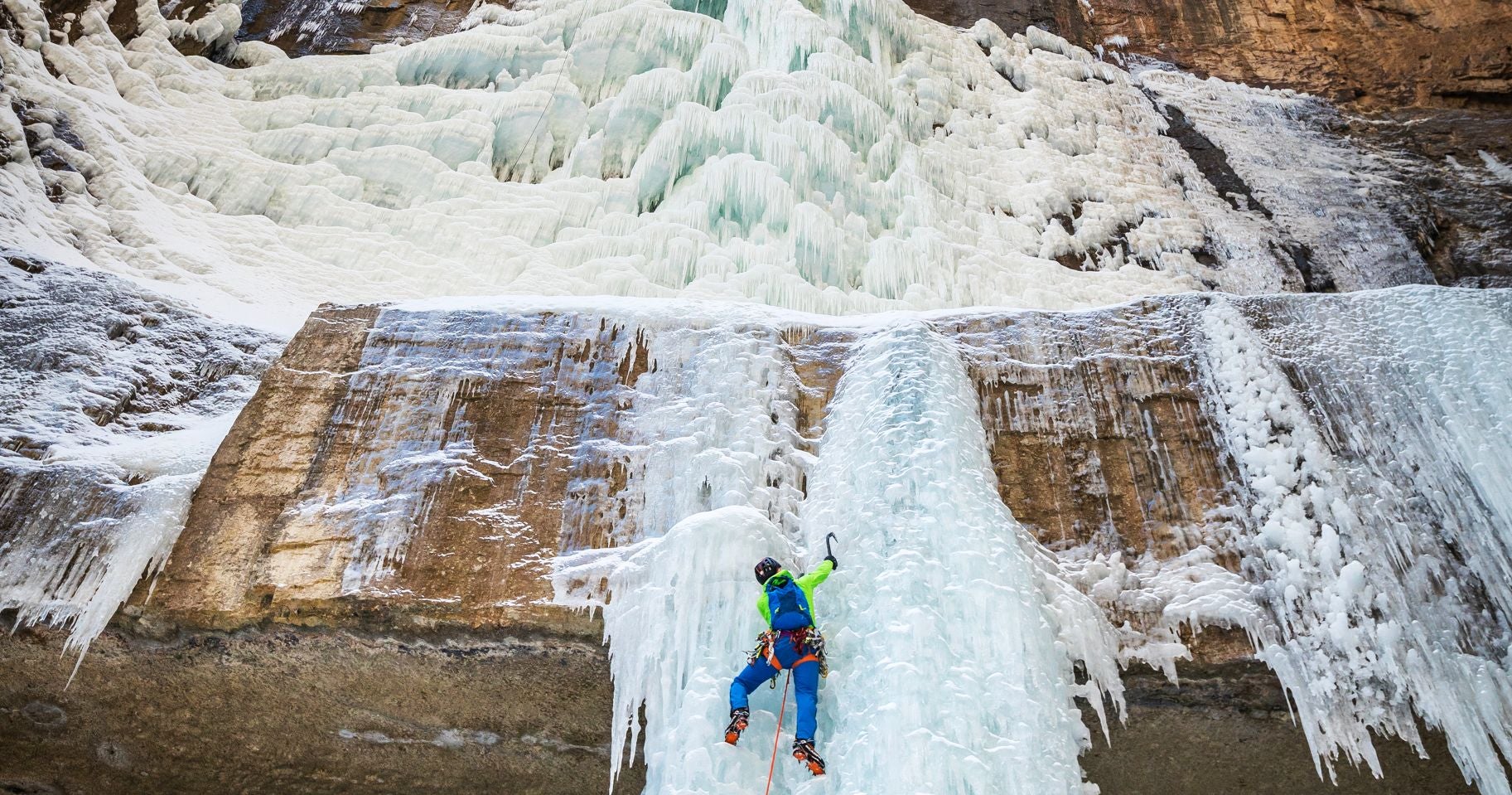 One year after its first successful ascent, Outdoor Research Ambassador Sarah Hueniken traveled to the remote Henan Province of China to attempt the Christmas Tree; a gargantuan WI5/6 ice route. Racing against doubts, inconsistent beta, and an ever-shortening weather window, this is the story of Sarah’s successful climb and the journey that got her there.

12 hours of flight time, an eight-hour drive south, couple hours’ rest in a hotel, another two-hour drive to the park, hour-long dispute with a disgruntled gatekeeper, and a 45-minute hike later, Sarah and her partner Will found themselves at the base of “the most aesthetic climb on the planet.” 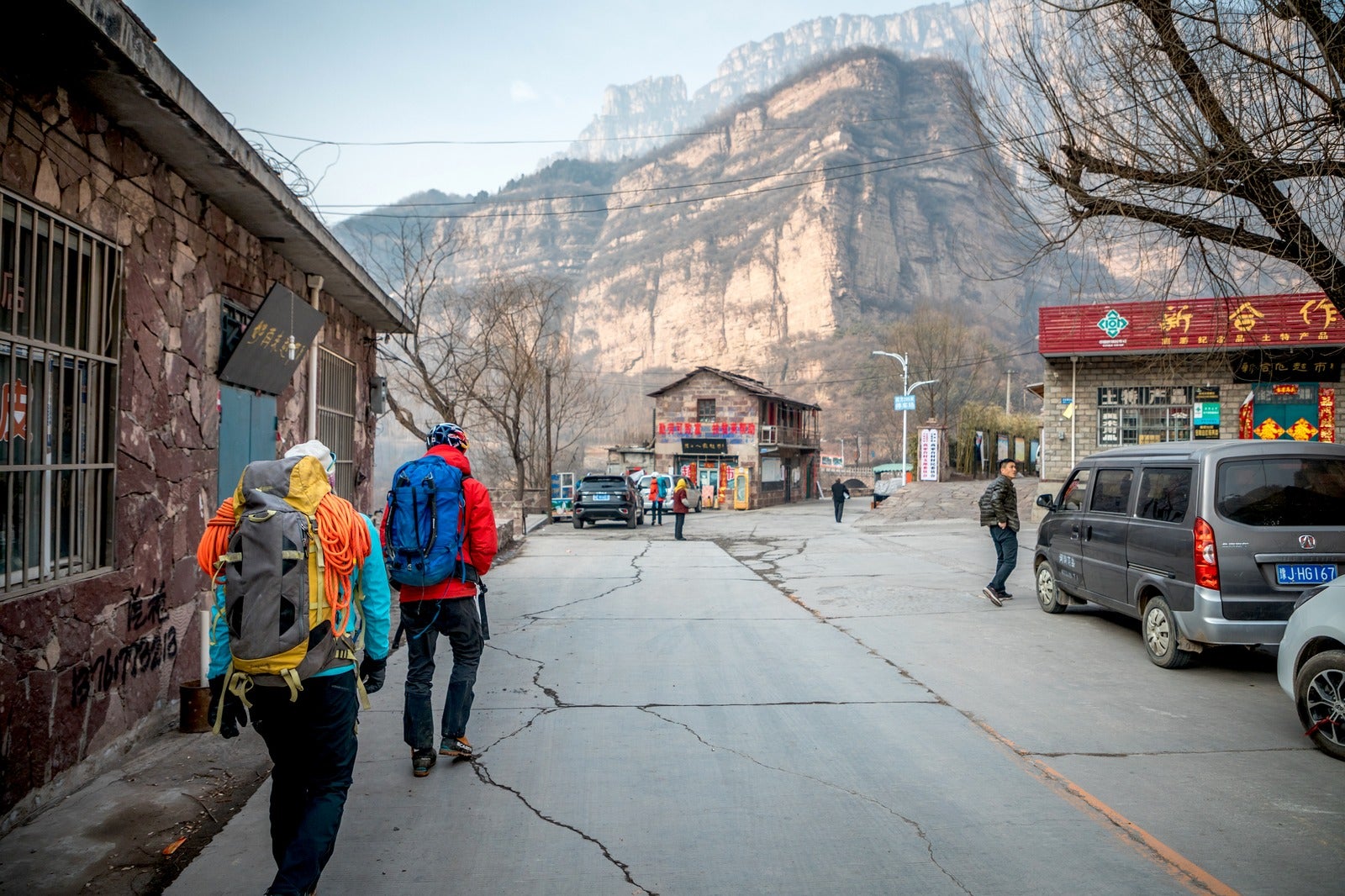 When Sarah first saw an image of the Christmas Tree, her immediate reaction was: I need to climb that. But standing at the base after a mentally and emotionally taxing journey, it was not the experience she expected it to be.

“We’d done all this work to be there and be ready to do it, and then I suddenly felt like maybe I wasn’t ready for it,” describing her doubts. “We had to make the most of that moment because that’s what we came for – and we knew we’d never come back.” 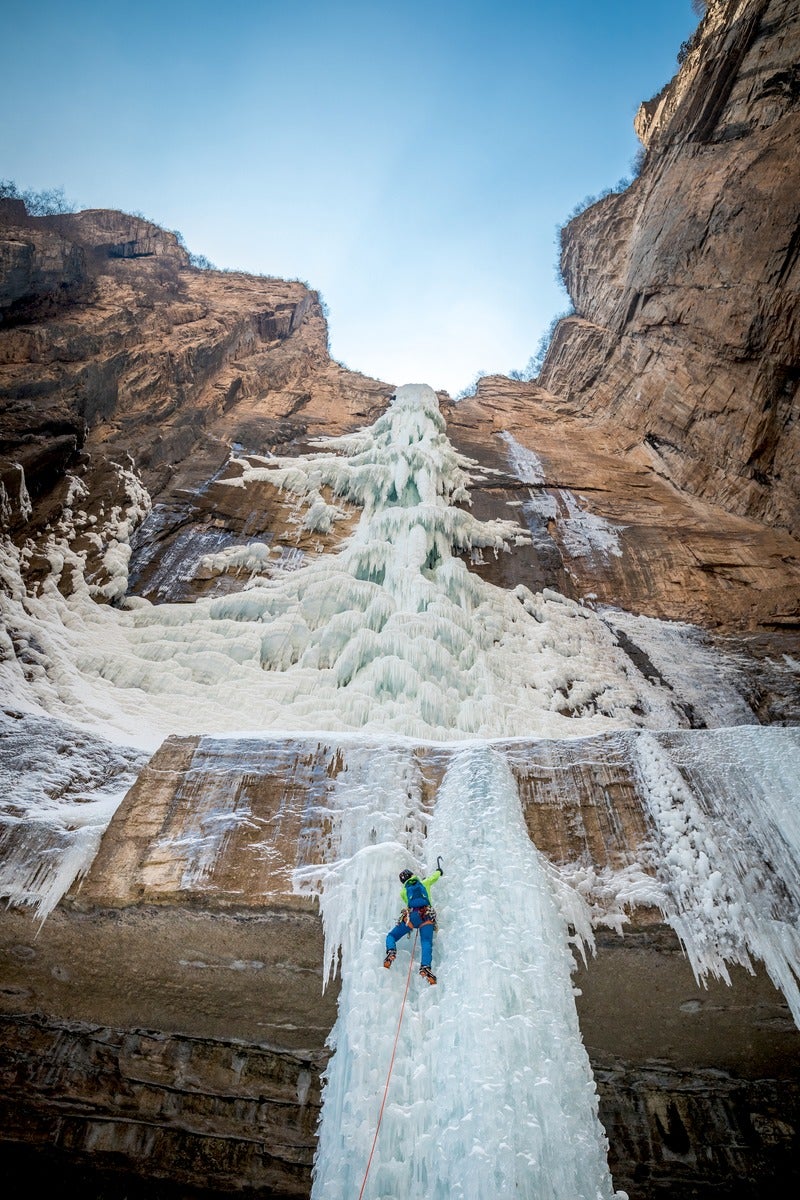 After her 20+ hour travel ordeal, we couldn’t blame her.

“This was quite different. ‘Hard’ is a weird word for it. Physically, maybe not super hard... but mentally, it wasn’t like anything I had climbed before. It felt really unfamiliar to me.” 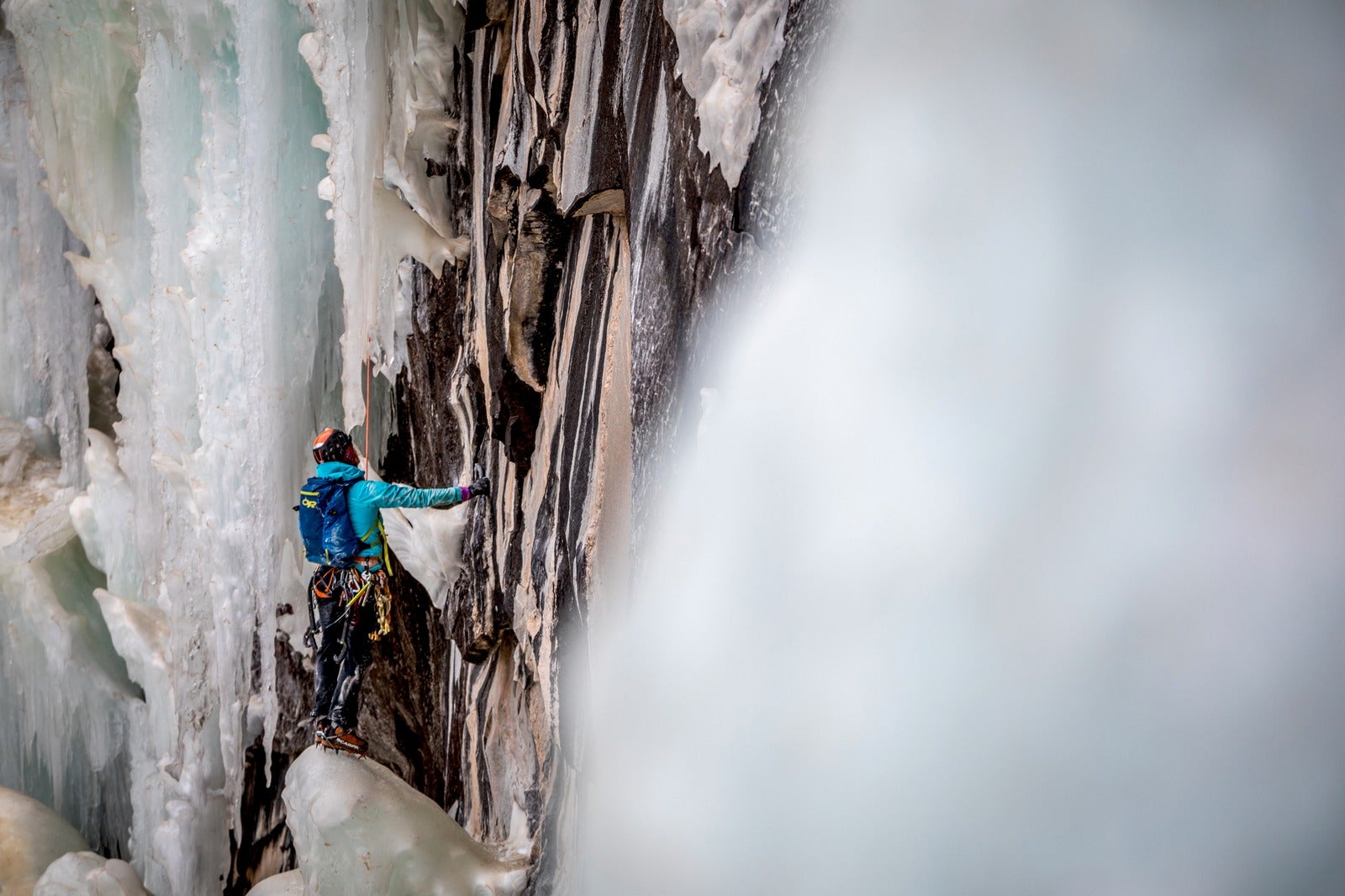 The Christmas Tree is one of the most remote and volatile ice climbs known today, constantly changing and re-forming itself throughout the winter months. From the ground, it looks like an intricately carved vertical tower, but en route, the Tree is extremely three-dimensional. Huge ice daggers make it challenging to navigate a direct, fast, and safe path upwards. The base of the waterfall suspends above a gaping overhang, making it difficult to determine the safety and security of the ice overhead. Putting its official grade aside, Sarah says that it’s these unknowns that makes the climb even more challenging – and appealing.

“I guess, it’s never a guarantee. That’s what makes it rewarding in the end. Sometimes you get to climb the route, and it’s great, and sometimes you don’t get to even try, and hopefully that journey was still awesome. The culmination for us was taking all those unknowns and still getting to complete the climb on the first day.” 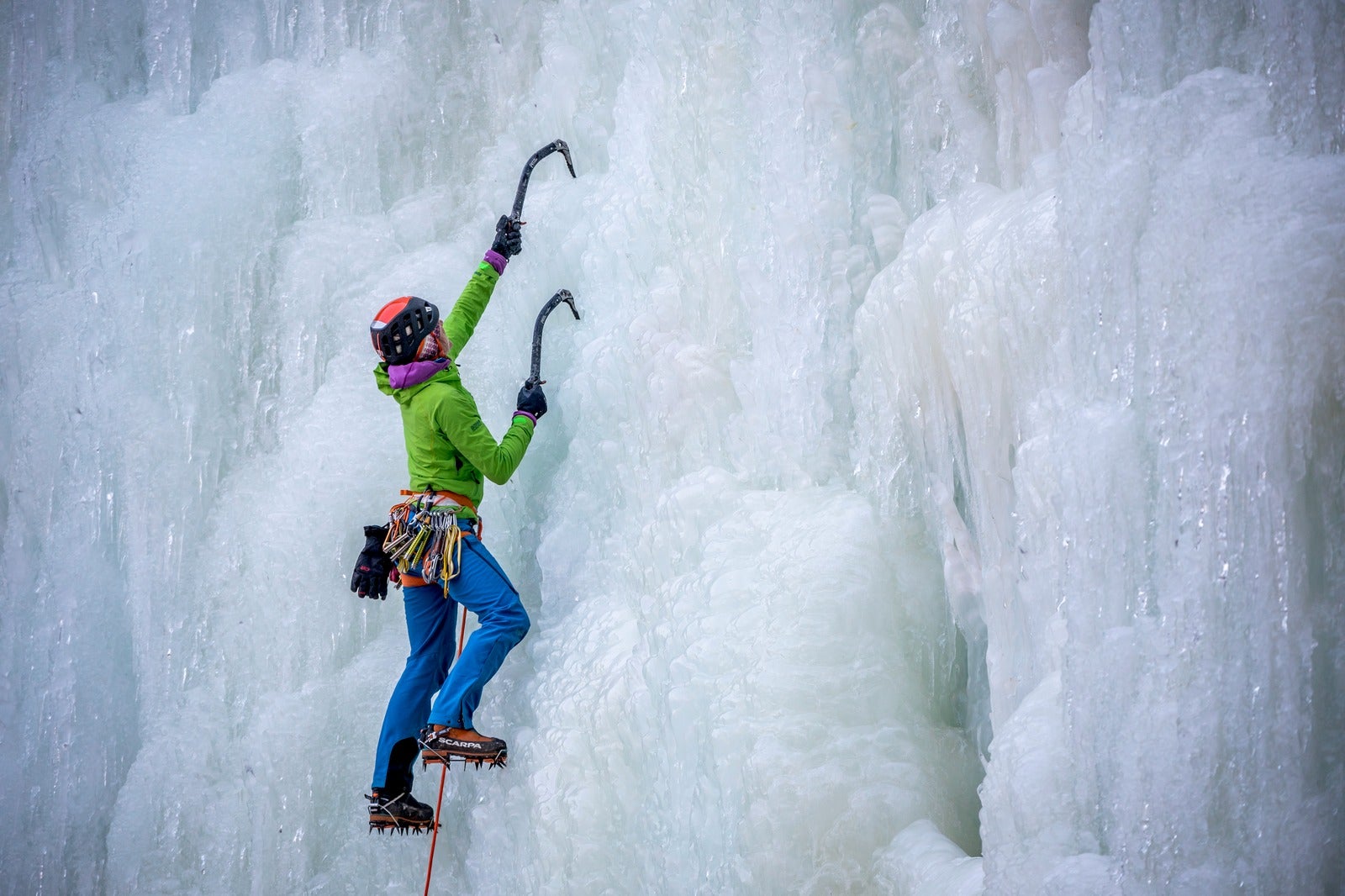 Luck played a huge part in Sarah’s journey, but her determination and vigor were even more pivotal to this massive success. Not only were they able to send the Christmas Tree on the very first day they arrived, but they made their camp a home over the next nine days, climbing other mixed routes in the area.

“You put all this effort into something, and you don’t know how the story is going to unfold,” said Sarah of the taxing and time-consuming journey it took to reach her goal. “It could have gone so many different ways, and that, in the end, is what was so special about it.” 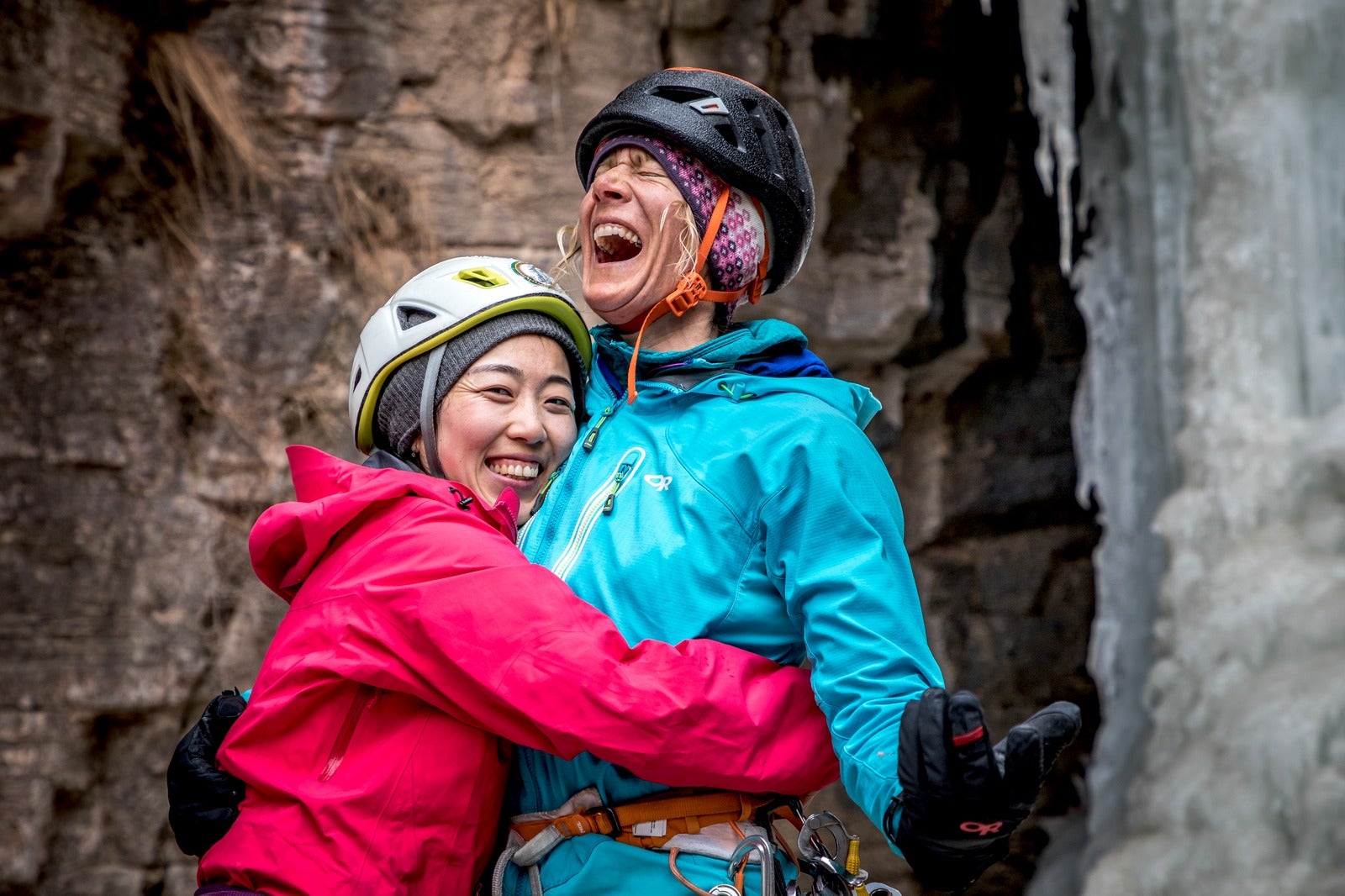 This journey wouldn’t have been possible without the support and strength of her partner, Will Gadd. Sarah would also like to send a special thanks to River and Han-Han, who took 10 days out of their lives to help aid this mission and fulfill this dream. 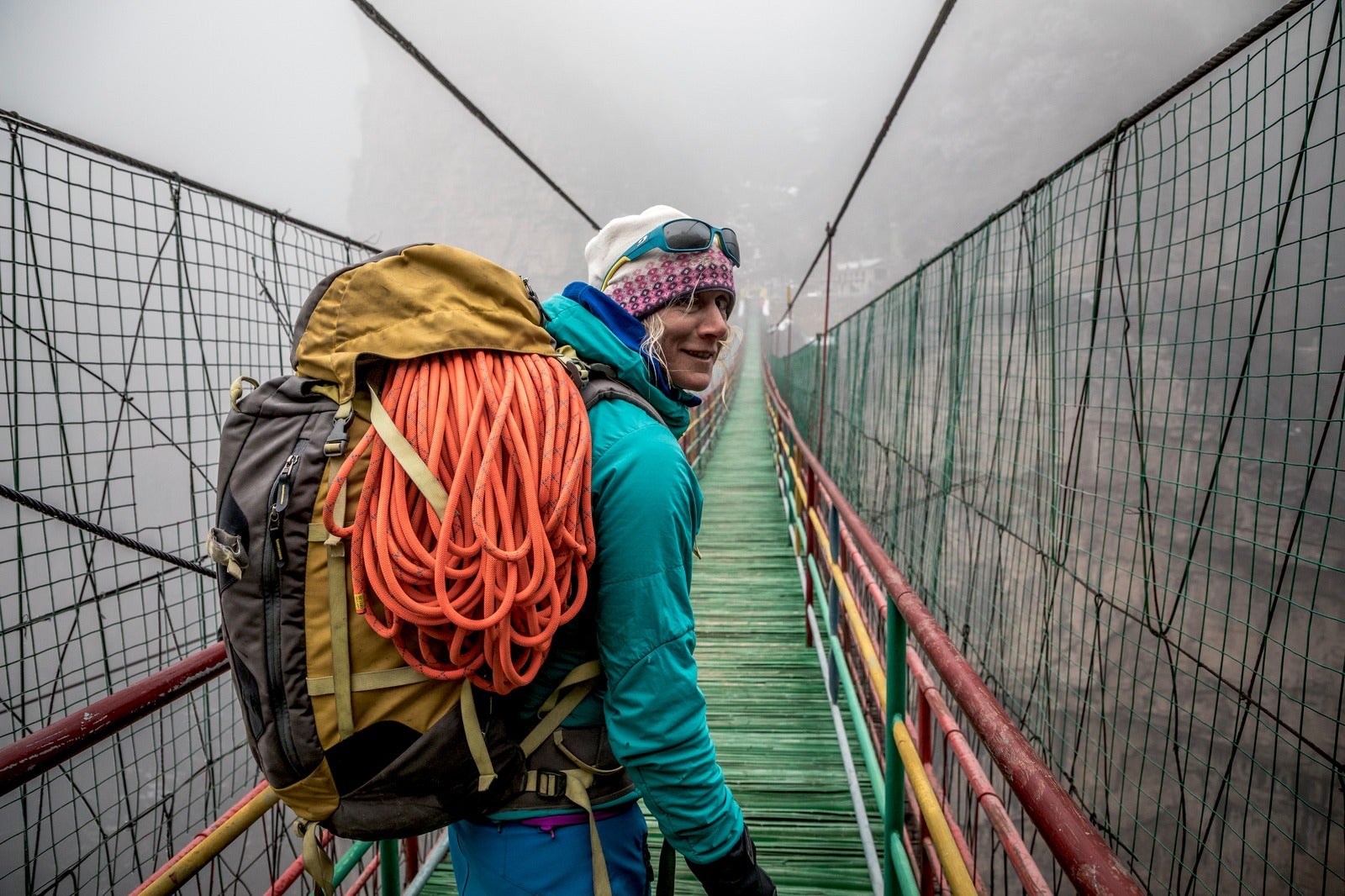