Sport Climbing in Greece and Turkey 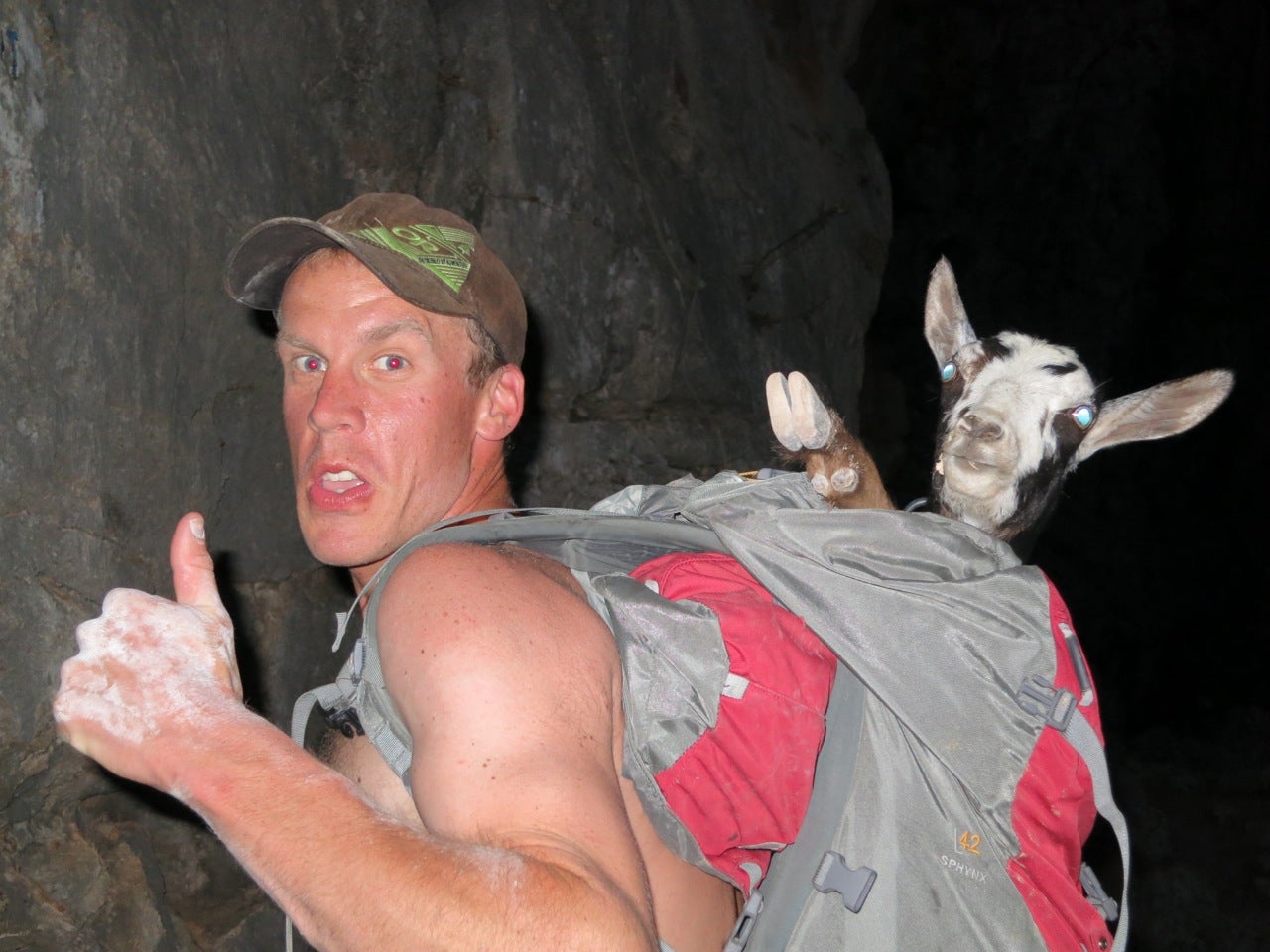 I love Turkey. Greece, you ask? Oh yeah, don’t hold back on that either. What could be better than a Turkey-Greece sport-climbing combo platter? How about a lovely lady and the Mediterranean sunshine to sweeten the deal!

Sport climbing isn’t generally at the forefront of my climbing-related dreams, so it’s hard for me to rationalize spending thousands of dollars to fly to some semi-remote destination only to clip bolts. Spending thousands of dollars to go freeze my ass off and suffer on some huge snowy peak has strangely made a lot of sense. But last summer on my way home from Pakistan, Jewell and I planned to meet in Istanbul to explore the sandy beaches and three-dimensional, tufa-ridden sport crags in Turkey and Greece. It was a date that I anticipated all summer. The images of white beaches, Jewell, and the warm turquoise-colored Mediterranean ocean burned even brighter as each bivy in Pakistan became colder.

The food in Turkey is amazing, yet another thing to look forward to after a summer of alpine famine in Pakistan. I landed in Istanbul a few days before Jewell arrived and promptly set off on showering three times a day and stuffing my frail body full of fresh fish sandwiches, gyros, ice cream, a delicious pancake-like thing called gozlame, fresh figs, goat cheese, and—beer! Turkey is a Muslim country, but good beer is readily available.

I was already feeling less emaciated by the time Jewell arrived, and psyched to do some climbing, we hopped a cheap flight to Bodrum, took the Grecian ferry to the island of Kos and onward to Kalymnos. If you like sport climbing in the US and have any margin of nationalistic pride for America’s sport crags, then I strongly advise not going to Kalymnos. The same could be said for many European crags, but the quality of routes and the quantity of stone coupled with the setting and pace of life on the small island of Kalymnos is truly one of a kind. Beware, American Fork will never be the same.

After two weeks of steep tufa straddling and rescuing stranded baby goats from the Sikatti cave, it was time to head back to Turkey.

A 40-minute ferry ride transported us to a different continent. Turkey is a country where many cultures, primarily of Asian and European influences, have entwined, making for a diverse and spectacular skyline including Roman ruins and 7th Century mosques. Designer leather and ornate shawls, red wine and wood-fired naan bread. Relaxed sighs from local hammam bath houses and the frequent call to prayer. The diverse mix was truly enchanting.

Jewell and I made our way to Antalya, took the public bus to the end of the line and then hitchhiked our way into the mountains to the immaculate limestone area of Geyikbayiri. We checked into the Climber’s Garden, a fantastic campground-with-restaurant owned and operated by guidebook author Zuleyha Geels, and set up our tent in the grove of pomegranate trees on her property.

I preferred the style of climbing in Geyikbayiri to that of Kalymnos. Slightly less steep, more sequential and with a variety of holds seemed to be the norm. There was a small farmers market nearby and fresh fruit and vegetables were always available. We would usually climb in the morning, walk down to the Climber’s Garden to eat lunch, siesta, and then go for an afternoon session back at the crag, typically ending with the orange glow of sunset and evening call to prayer echoing through the mountainous valley.

The Turkey-Greece combo platter was a relaxing end to a tough summer of alpine climbing in Pakistan, but it also became an expedition of it’s own. Exploring foreign limestone cliffs and the cultures that surround these bolted destinations, with the woman I love, gave me a new take on sport climbing: It’s worth it.