The Key To Skiing Steeps 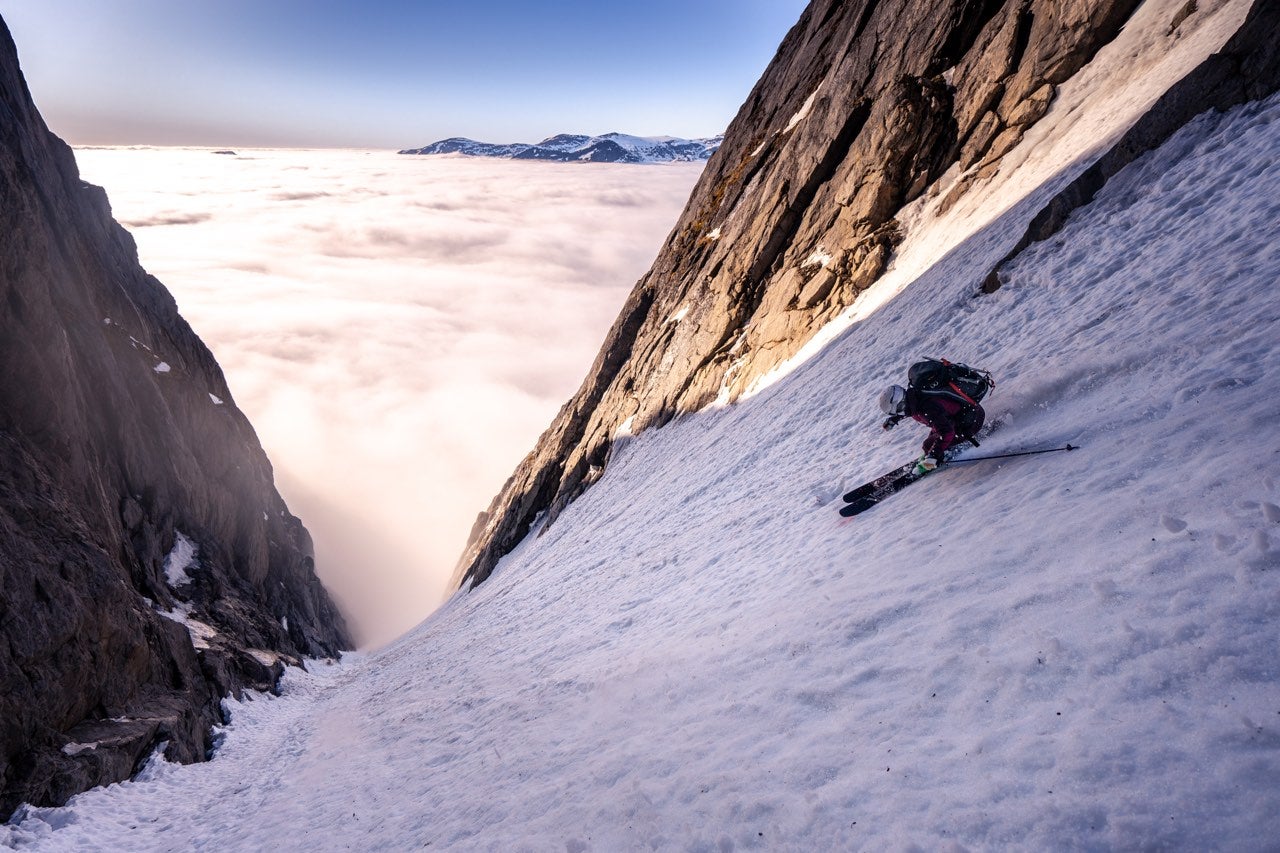 The thing about a really steep run is that the memory of that experience stays with you. My first time to La Grave in the southern end of the French Alps, I skied with Doug Coombs. We skied so many amazing lines—steep, exposed rappels into long, tight couloirs full of complicated route finding and glacial ice falls. On our seventh day we skied Le Pan de Rateau and Les Couloir en-Y. These lines are narrow, steep and exposed over cliffs and glacial seracs, clocking in between 50 and 55 degrees. I remember Doug saying, “You’ve got this, no problem,” as he hop-turned into Les couloir en-Y and then disappeared under the steep bulge below me. My heart was beating fast and doubt was seeping into my mental state with every passing second, but as soon as I took my first turn, the trust in my skills took over and the focus and flow that ensued was like skiing mediation, or flow state. The world melted away and it was just me and the line in front of me.

Everyone has a different context for what’s steep. What are the snow conditions? If it’s sheer ice versus soft snow, that will make a big difference. What’s your confidence level? What’s your skill level? Are your skis still touching the snow when you turn? What kind of equipment are you skiing on? Is it Jackson Hole steep? Or Deer Valley steep? Alaska steep? Or Michigan steep? 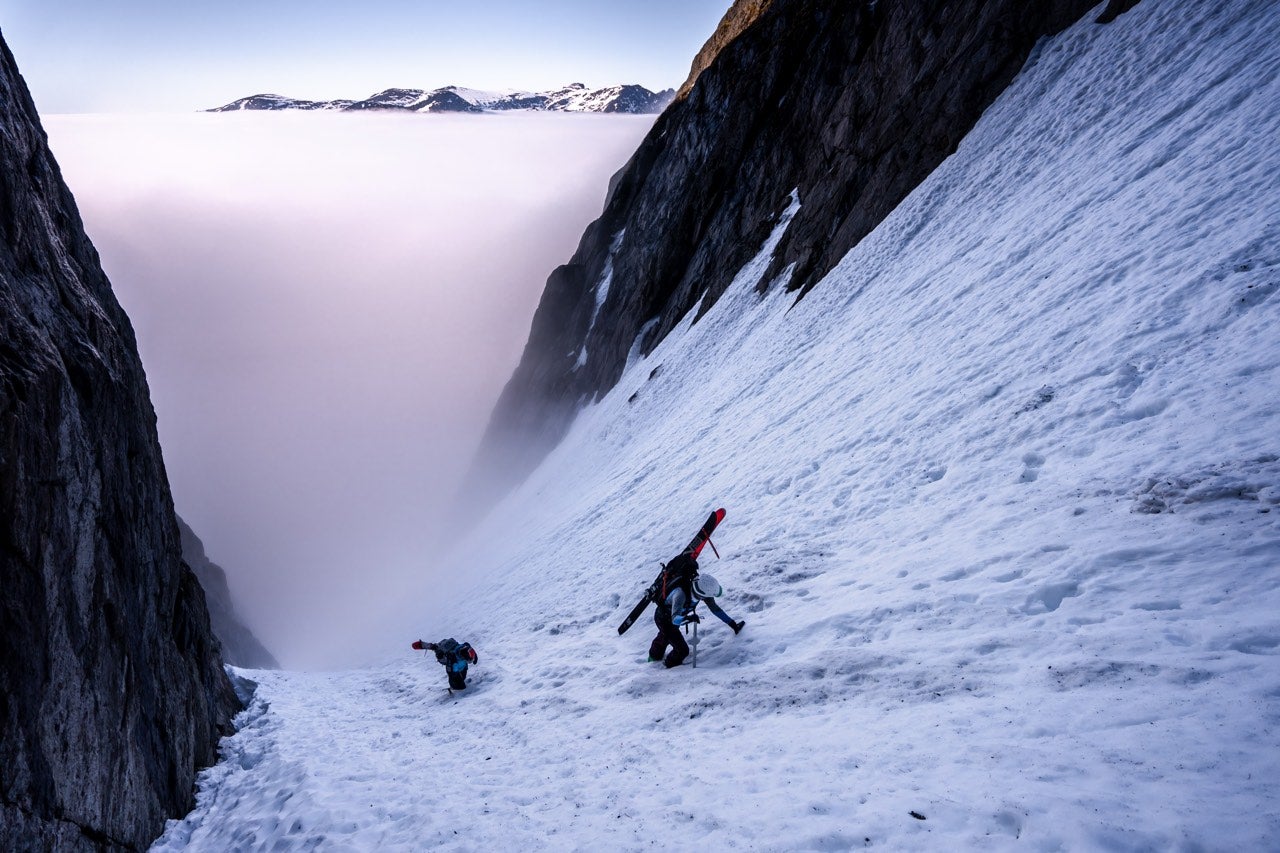 In general, I consider any slope over 45 degrees in slope angle a steep run. (I would say the average skier probably considers anything over 35 degrees to be steep.) The Oxford Dictionary’s definition for steep says “rising or falling sharply; nearly perpendicular.” But we all know that nearly perpendicular is nearly impossible when it comes to skiing. Scientifically, the angle of repose for snow is 38 to 70 degrees maximum, depending on the water content of the snow. The critical angle of repose is the steepest angle a grain of a specific material can pile up without sliding/falling down. So even though skiing slopes steeper that 70 degrees is most likely not possible, many a skier has pushed the envelope and tried to ski slopes steeper than 60 degrees.

RELATED: A Pro Skier's Advice For Skiing Better And Bigger This Year

Doug Coombs was the king of steep skiing when he was alive, and also a mentor and ski partner of mine. He told me once that the steepest run he had ever skied was around 68 degrees in pitch. I have probably skied close to that kind of steepness, and I can tell you it’s scary. I like how professional skier Chris Davenport once described skiing the steeps as something like this: “If I have to think twice before I drop in, it’s steep. If I drop in without thinking twice, it’s moderately steep. If my hand is touching when I am on the slope, then it’s probably extremely steep.”

Much of it is mental.

The most difficult thing for me, as I was learning to ski steeper slopes, was the mental component. Calculating risk versus reward. As I pushed the envelope in pitch, did my skills match my desire to push steeper and steeper? And vice versa, when my skill set was good enough to ski any terrain, when did the mental piece block me from performing, or make me underestimate my abilities? It’s a fine line. 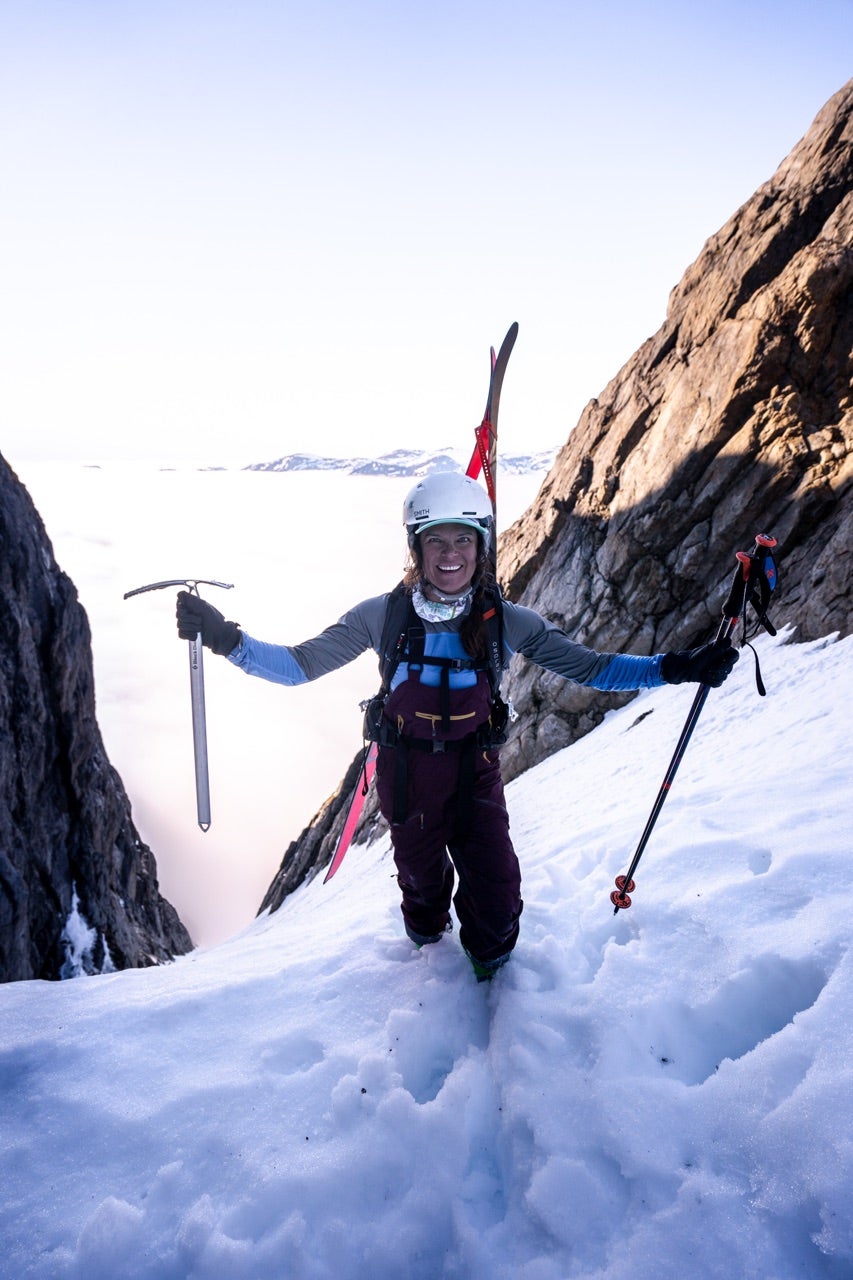 But your skill base is crucial.

People often underestimate the value of skill blends that allow you to control speed and turn where you want to. First and foremost, can you actively steer your lower body (legs and feet) under a stable upper body? Secondly, within that steering framework, can you adjust your edge angles and timing to increase or decrease your edge angle appropriately for the terrain? Finally, can you keep your center of mass moving down the fall line, effectively pressuring the front of the skis throughout the turn as well as from outside ski to outside ski? These are relatively simple concepts, but the execution, the blend and the timing of these skills are more difficult to perfect—and that’s where the practice comes into play. I cannot stress the importance of practice enough. Hire a pro to get you on the right path.

RELATED: Friend "Too Busy" For A Powder Day? Try These (Semi-Sociopathic) Tactics

First, I usually study the line in photos and on maps and/or Google Earth. Second, I train (sometimes all season) to get my skiing and senses up to par for a really steep line. In the physical realm, I build up my terrain progression to the point where I’m ready to ski a very steep line. Third, I visualize myself skiing the line. I try to visualize the flow and the type of turn, and the nuances, and I picture myself successfully moving through crux moments. 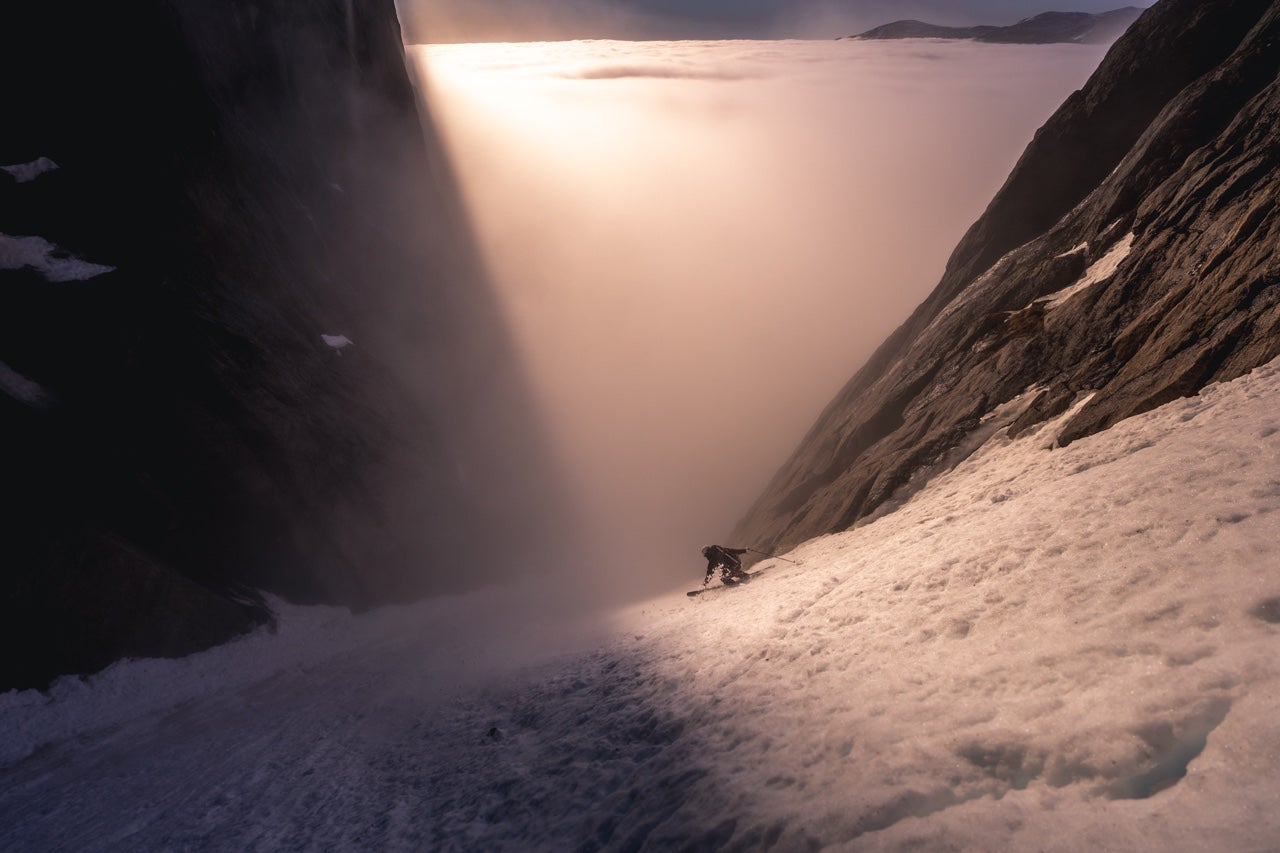 Don’t get in over your head.

The biggest mistake I see people make in steep terrain is that they go into it before they are ready technically. Many people lack the appropriate skill combinations in their skiing to tackle steep terrain, and often fall or get hurt because of it. You can never underestimate the power of practicing in more moderate terrain to master the skiing skill blends necessary for tackling steep slopes. It’s safer and can help you grasp the necessary combination of techniques in a more productive way. Once you master the movements on more moderate terrain, you can start to push into steeper terrain.

RELATED: Are You Skimo Curious?