The Road From Karakol 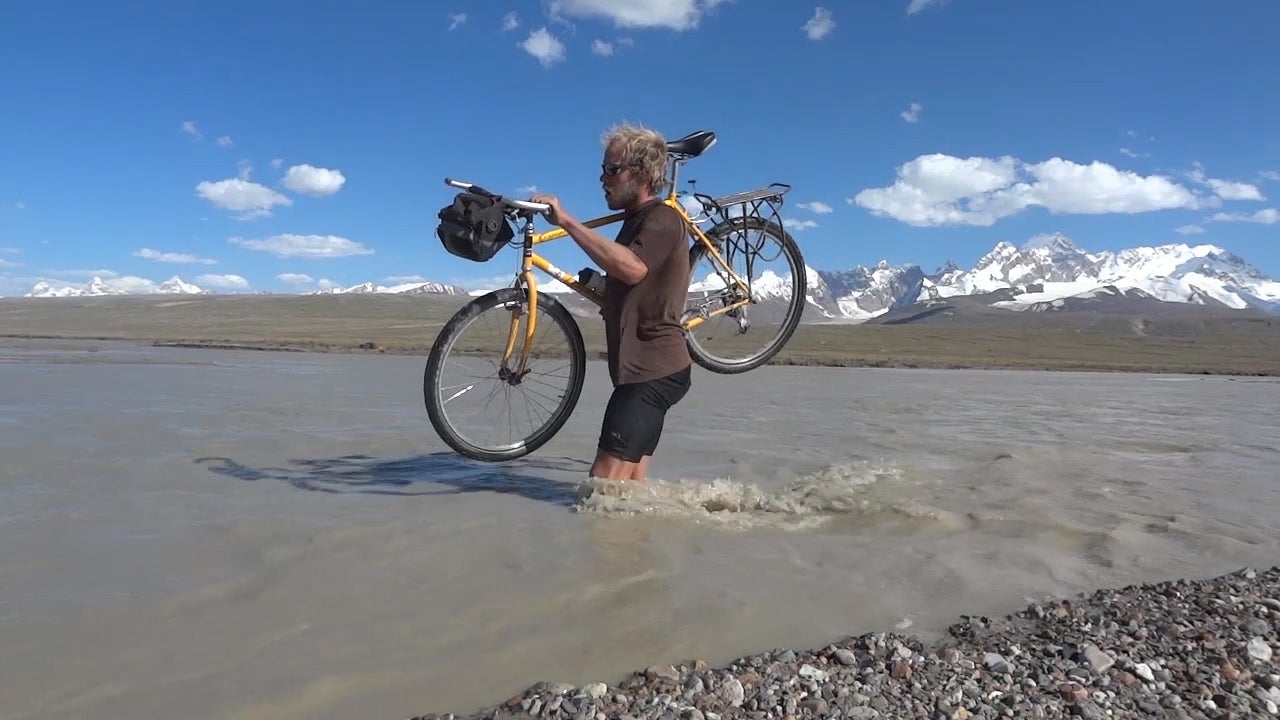 In summer 2011, Outdoor Research athlete Kyle Dempster took off on his bike across Kyrgyzstan with a couple mostly-accurate maps, a trailer full of climbing gear, and a vocabulary of 10 Kyrgyz words. He spent two months pedaling and pushing the bike more than 1200 km on roads of variable states of neglect, wading through wild rivers, dealing with corrupt military checkpoint staff, and soloing a handful of unclimbed alpine rock and mixed routes. He recorded the journey, his camera his only partner, friend, and sometimes the only receiving end of his conversations for days at a time.

In 2013, Kyle’s self-shot footage of his journey in Kyrgyzstan made it to the desk of filmmakers Fitz Cahall and Austin Siadak, who were asked to look at the footage and see if there might be enough to chop together a 4-minute climbing film. They saw a lot more potential in it, and turned it into the 25-minute “The Road From Karakol,” which debuted at the 5Point Film Festival and took home the Best In Fest award.

The film premieres online today, and we hope it will inspire you to start dreaming up your next adventure.

Learn more about the film at http://www.theroadfromkarakol.com/