The Slacker's Guide To Packing For Ice Climbing 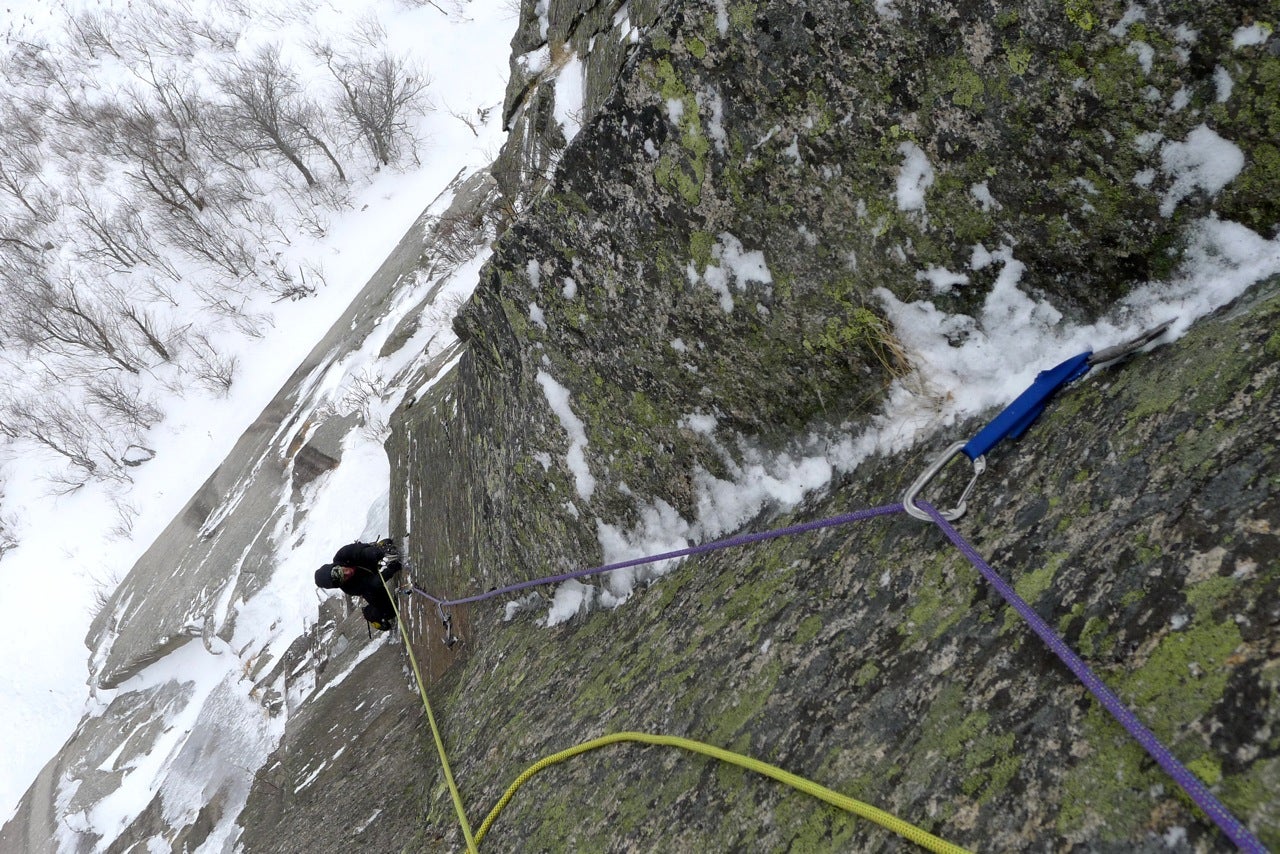 What’s in an ice climber’s bag should change on a day-to-day basis, depending on the temperature, terrain and conditions. That said, I’m not that into jogging. So instead, I just go ahead and pack a heavy bag with a good rack, a few pins, some hooks, slings and a couple of half ropes in December, and they stay there until March.

When you like a drawn-out coffee session in the morning and are always feeling guilty for not training, a 15-minute approach with an unnecessarily heavy bag is a great way out. You simply dump the bag out in the evening by the woodstove or heater, cram it all back in in the morning and pour yourself another cup of joe. As you sip and gaze at the fire, you can relax knowing that you’re all set with everything that you could possible need and you’ll be getting a bonus low-intensity workout, not just on the way in, but also on the way out.

But there are a few tricks to mastering the non-trainer’s techniques for low-effort packing. First, at the end of the day, take an extra minute to get the gear back in some semblance of order before you pack up. This is crucial because after a few beers at the local, you’re not going to want to do anything more than dump all your gear out on the floor. But if you’ve already put things in some order before heading out, you’ll find that in the morning all you have to do is find the loop it’s all clipped to and you’re organized. After a long, cold day, that extra five minutes out in the snow getting organized can be hard to muster, but it’s worth it. Put it all together while inertia is still in your favor. Remember, inertia is a powerful thing and keep your crampons on top and your harness and helmet not far below.

Also—and this is especially important for those in the Northeast and the Northwest—in the winter, temperature doesn’t matter. I think it’s different in Colorado, but I’ve never been there in the winter. When it’s warm, it’s humid, so it feels cold and when it’s cold, it’s cold, so it feels cold. The only thing that really changes are gloves; when it’s warm-humid-cold you bring many because they all get wet, when it is cold-cold-cold you bring thick ones. But the total amount of insulation contained for hand warmth in any one pack is about equal on any given day.

Here’s what’s in my pack:

..and, when it’s a late start, a warm thermos of something nice (black tea, bullion with sherry, etc.)

So remember: Pack once. Save time.