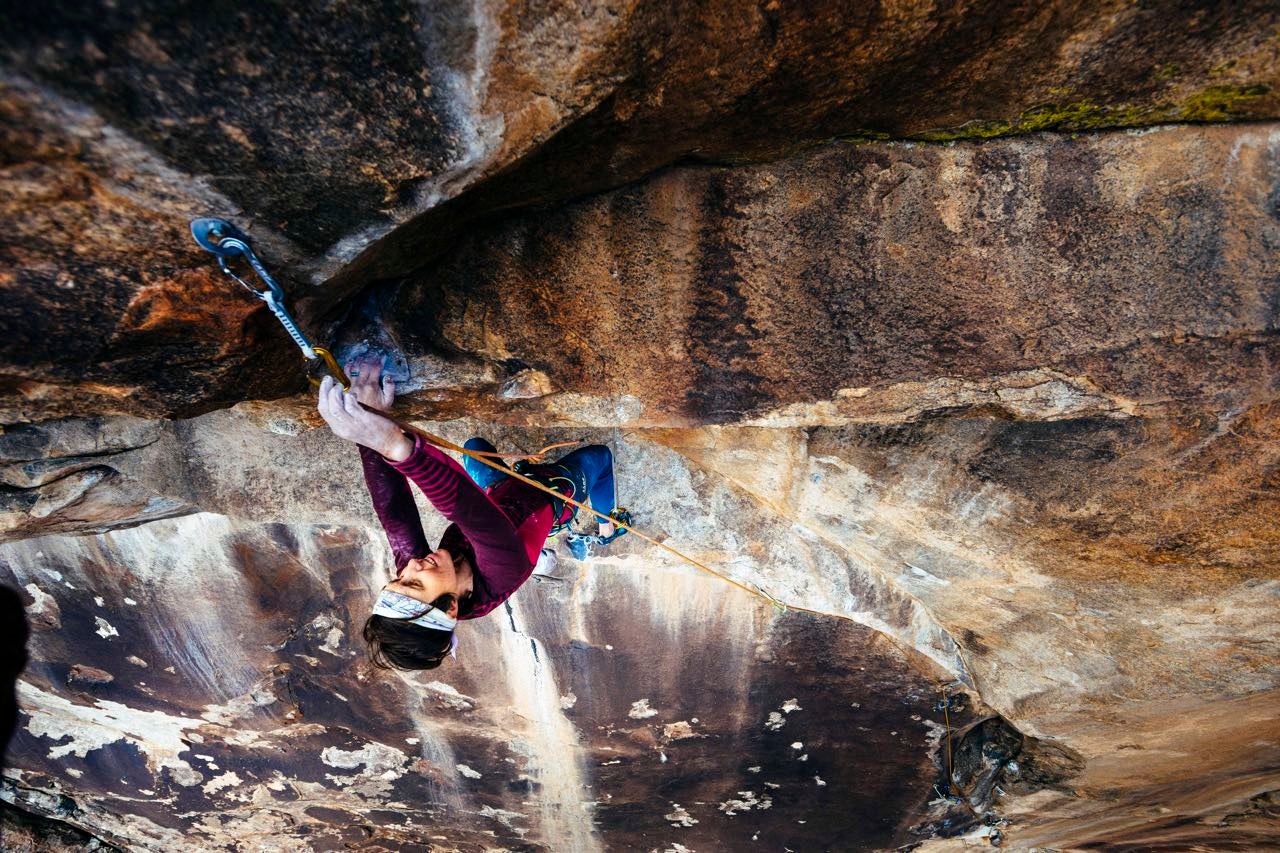 As host of the Power Company Podcast, I’m incredibly fortunate to be able to dig into the habits, traits, and processes of many top athletes and coaches, both in and out of climbing. Over the nearly 200 episodes I’ve recorded, a few recurring themes have emerged—ones that when combined, seem to separate the top athletes from the rest of us. It’s easy to recognize that Hazel Findlay has a more highly developed risk management system than most of us, that Jonathan Siegrist has stronger fingers, and that Tommy Caldwell-level slab skills may evade us forever. You might, however, be surprised that often it isn’t the obvious, tangible skills that set the best apart from the rest. Many of the top climbers don’t have the specific traits of their peers, but the ones that they all do seem to share are powerful and can be cultivated by all of us to help our own climbing. These are the top three that I see reappear over and over.

Take it Serious, But Don’t Take it Personal.

Your Instagram feed is likely cluttered by climbers proclaiming that the journey is the destination. Sending is unimportant—it’s all about the process. While I understand the sentiment, I’ve never met a successful athlete who fully embraces this. The difference is that they take the outcome very seriously, but they don’t take failure personally. Instead, as Episode 64 guest Trevor Ragan explains, these people approach failure to reach a specific outcome the way a scientist would. Rather than seeing it as a reflection of them as a person, they recognize that it’s a reflection of an error in their process. They adjust and try again.

In Episode 127, pro climber Sam Elias showed me a checklist he made while working on the 5.14d, route Shadowboxing, in Rifle, Colo. The list represented the steps in his expected journey, and at the bottom was the desired outcome: the redpoint. When looking at the checklist, it’s easy to see Sam’s excitement in the way that he crossed off that final goal. 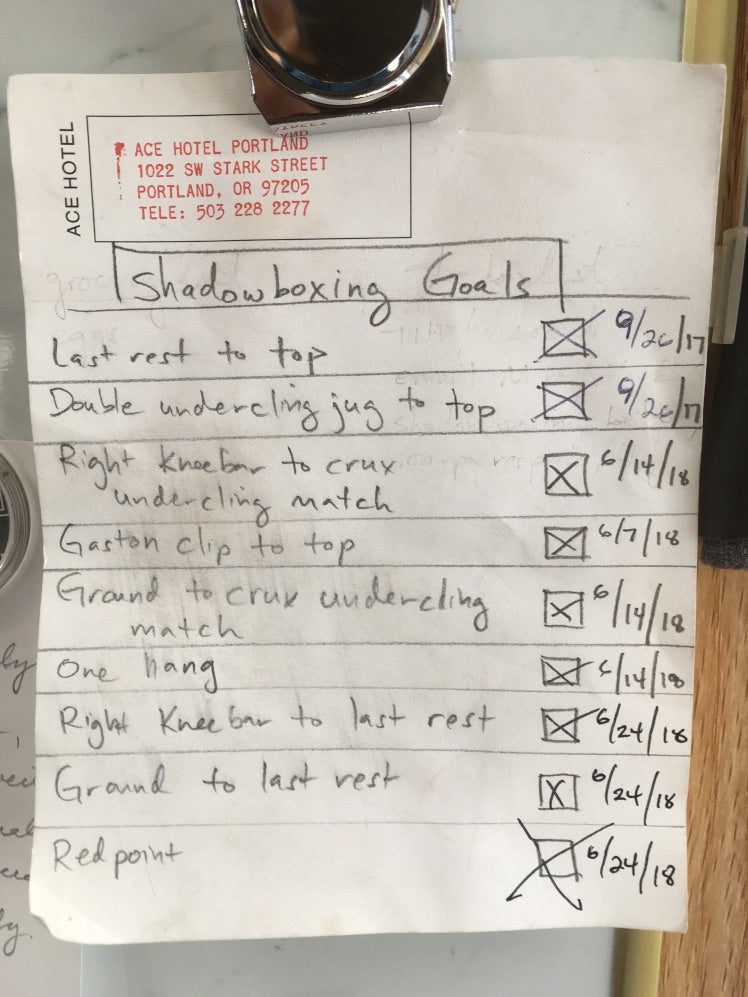 How often have you said that you had only a very small chance of success – but still tried? Many of us need a high probability before we’ll even make attempts. Not so for the best climbers. They welcome the idea that failure is an important aspect of climbing, and they often put in extended efforts only to walk away with no send – whether we see it on social media or not.

During our workshops for youth teams, we show a video of Adam Ondra attempting to flash a V14 boulder in Fontainebleau. First, he nearly talks himself out of it. It’s the last day and he’s tired. Font is notoriously tricky. He says he doesn’t believe it can be done. Then he notes that the boulder is his style. The weather is good. He gives himself a 5% chance, and he pulls on with what appears to be 100% confidence and tops the boulder.

In a recent interview with climbing legend Bill Ramsey, we discussed the day he, at 59 years old, finished Jumbo Pumping Hate, a 5.14a at Clark Mountain, Nevada. It was June, a notoriously hot month in the Nevada desert, and Bill was a few days from a pending hip surgery. Like Adam in Font, he gave himself a mere 5% chance of sending. When asked why 5% was enough to give him the confidence to try hard, Bill replied, “Even when you don’t feel like you can do something, you can have a pretty good day if you feel good about your effort.”

It's Not a Solo Mission

Climbing history is full of famous partnerships. Bachar and Kauk. Piana and Skinner. Hudon and Jones. These duos are no longer the norm, but the most successful climbers are still forging strong relationships that provide a critical piece of the puzzle. Preferred belayers and spotters that put us at ease are the obvious place to look, but it goes beyond that. Spouses, significant others, and even just friends who share the psyche—sometimes even from across continents —can be exactly what’s needed to keep the motivation high.

Additionally, making climbing a priority isn’t about balance, it’s about compromise. For life to work in concert with the focus required to reach big goals, we need to be highly aware of exactly what is being compromised and communicate this with our partners. Not to mention, our partners need to be able to accept the same compromise.

I spoke with Tommy Caldwell about his Dawn Wall campaign, and while he gives immense credit to his partner on the wall, Kevin Jorgeson, he also mentions that in 2011 he decided it was going to be his last season. His life was changing, a baby was on the way, and he just didn’t see a way to make it all fit. It was his wife, Becca, who suggested he continue. She arranged their life in such a way that it made sense for Tommy to continue and meant that his compromises were not only acceptable, but encouraged. That type of partner is invaluable.

No matter what the word success means to you, it’s likely that it requires a special brand of focus and motivation to achieve. We often feel unprepared and uncertain, particularly as big goals seem more attainable. The best climbers feel the same. It’s how they react to that feeling that makes the difference.