What Adaptive Climbers Really Want To Say To Able-Bodied Climbers 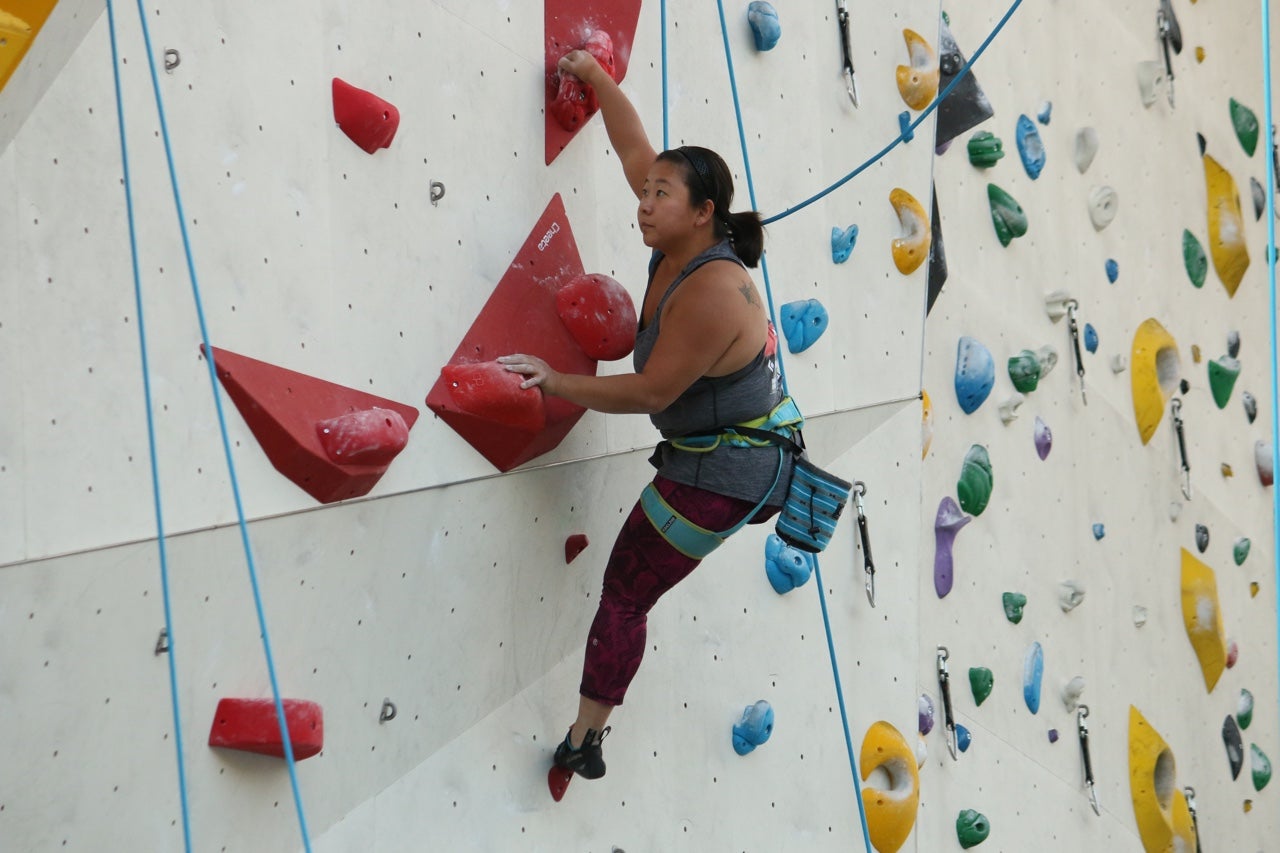 Rock climbing by its nature makes use of adaptive equipment—ropes, harnesses, belay devices to name a few. That’s one of the reasons the nonprofit organization Paradox Sports works to introduce adaptive athletes to climbing: Climbers of all abilities use gear to help them scale a rock face, and the biggest challenge in climbing is often mental as much as physical. In offering climbing experiences to people with disabilities, Paradox Sports works to show that an adventurous life is accessible to all. But adaptive climbers often find able-bodied people confused about how they enjoy their sport, or making assumptions about how adaptive climbers should interact with the world around them. We asked a few Paradox ambassadors to help us ditch our assumptions to understand and support them better. Here are a few things we learned.

Please don’t be so shocked to see people with disabilities outdoors, in nature.

“A perfect example of this is my friend, who is also an amputee. This guy, even though he has a placard [in his car] usually never takes an accessible spot, leaving it for those of us who need it more. He drove out to a local crag one day, and, as there were no regular spots left, parked in the accessible parking spot.  When he came back at the end of the day, he found a note on his car that essentially said, "If you're able to hike these trails, then you don't need handicap parking." This is the epitome of society’s view of people with disabilities: Those with disabilities can't be active. I challenge society to start giving those of us with disabilities some credit.”

—Jessica Sporte, who has a right hip disarticulation and a left hip replacement (“I most commonly describe my amputation as a "barbie with it's leg popped off." It is the easiest, pictorial reference that almost everybody can relate to. The pelvis and socket are still there but the ball is gone.”) and has competed at three paraclimnbing Nationals and a World Championship

“That tells us that it's unexpected for us to be doing what we are doing (which is typically just living as normal of a life as possible). Unless we are legitimately inspiring you to change your lifestyle, please stop patting us on the head when we get out and warm up on a 5.7.”

Disability can look many different ways—don’t make assumptions about what I’m capable of.

“It is easier for me to rock climb than hike with my pack. People often assume that I don't have any disabilities or physical limitations because of my looks, non-apparent/invisible disability and also how well I move on the rock. I often tell people that climbing is one form of crawling since you get to use all four limbs, and you are crawling against gravity. But walking relies only on two limbs, which can make it harder to generate force and stability. Just like how babies learn to crawl before they walk, climbing can be more manageable for some adaptive climbers than walking difficult terrains.”

—Aika Yoshida, who in 2013 had an incomplete spinal cord injury at C6 with quadriparesis (weakness affecting all four limbs). Aika’s disabilities are not visible, though she requires a carbon leg brace and hiking sticks to get to the crag. She has used her love of climbing to er-connect with er body to find her new “normal self,” started Indiana’s first official adaptive climbing group, and was also the 2016 Japanese Paraclimbing Champion.

No, climbing as an amputee is not the same as you climbing with one leg broken.

“There's a big difference in how I climb and you breaking your leg and climbing with one leg in a cast. For one, I cannot counterbalance, and for another, I can't flag, as I don't have any part of a leg to do that with. Being able to do those things are huge in climbing! The way I climb is more like tying your ankles together. You could use either foot, but in essence you would not be able to counterweight or flag.”

Don’t assume that our lives are less meaningful, enjoyable or valuable than others—look at us the same way you would any other climbers.

“I see this on a daily basis in my life, where people think that just because I have a disability, that somehow my life is less fulfilling than theirs or others in the world. That is nowhere close to the truth. I feel that my blindness has opened my eyes to the beauty of the world. I found myself experiencing more of what life has to offer after losing my sight. Vision loss has taught me to live everyday to the fullest, and that is what I bring to every climbing trip. My life as a blind person is an adventure every day, and climbing mirrors that so much. The next time you see someone at a climbing wall or crag, don’t focus on their disability, but rather see them as just another person, and more so just as another rock/ice climber. We are all here to enjoy the sport we love, and here to support others in achieving their goals.”

—Shawn Sturges, who began experiencing decline in vision after graduating high school. Due to Leber’s Hereditary Optic Neuropathy, he’s now classified as “VI,” or visually impaired. He began climbing in 2015, has competed in the USA Climbing Adaptive Nationals where he took home second place in the visually impaired category, and competed in the 2016 World Championships. He is also an accomplished trad climber, boulderer and rappeller.

Climbing with a disability isn’t that different than climbing without one—it’s unique for everybody.

“We all face challenges on the rock in different ways, and that’s why climbing is such a wonderful sport. Climbing allows everyone to find out what works for them, because for the most part what works for one does not necessarily work for another. I strive to share with others, that just because someone has a disability, it does not mean that life has to stop.”

For more information about adaptive climbing, check out Paradox Sports.