When No Plan is the Best Plan 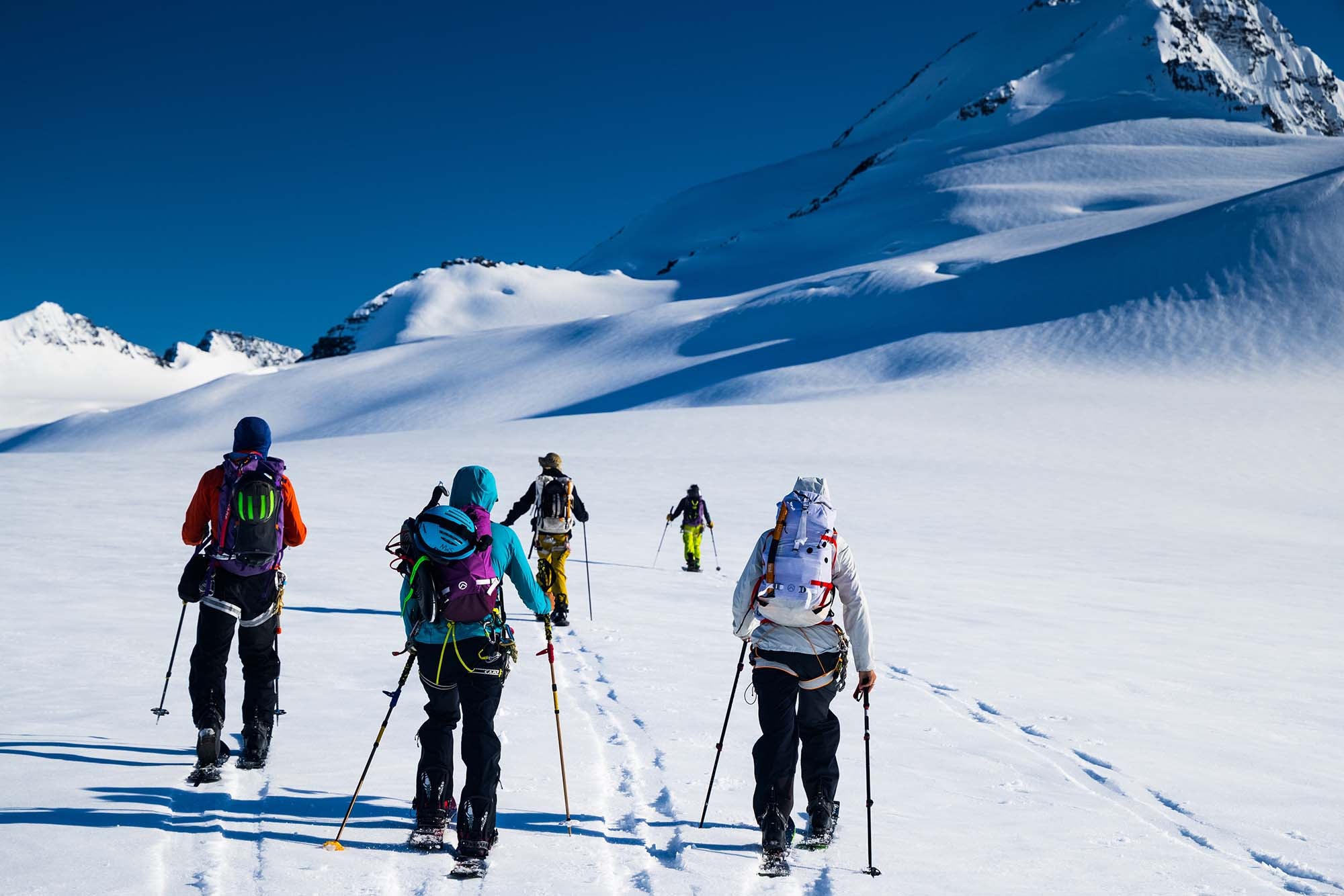 In celebrating the launch of Team Iguana, the latest creation from Outdoor Research Ambassador Neil Provo, the filmmaker and splitboarder considers how the trip came to fruition: Born out of a plan to have no plan at all.

Setting off into the unknowns of Alaska for an exploratory snowboarding trip usually takes months, and in many cases, years of planning to really nail it. There are so many factors that come into play to have good success in such rugged environments. Weather patterns, snow conditions, terrain choice, and of course team dynamics can determine the outcome of these endeavors. With these circumstances, a lot of times the outcome is totally out of your control. You’ve just gotta roll the dice and go for it! Buy the ticket, and worry about the rest later.  In April of 2021, my brother Ian and I, along with our friend Zak Mills, bought 1-way tickets to Anchorage, Alaska to get in one last blast of winter before it all melted away. We had no clue where we were going, what we would be getting into, where we would stay... We just knew that Alaska was having an impressive snow year, especially when compared to the meager conditions we had been experiencing back home in Utah that the whole winter. We knew we had to get up there… So with no plan, we just packed up and went with the gut feeling that we’d figure it out along the way.

Upon arrival, we were greeted with a crazy sub-zero snowstorm followed by 100+ mph winds in the surrounding Kenai and Chugach mountains. Not the most ideal scenario when you’re trying to fly out to camp on a glacier. We’ve put in enough time in Alaska to realize that the weather really decides what you do and where you go. In 2015 my brother and I were pinned down in our tents for 8 days straight battling a snowstorm that dropped an estimated 15 feet of snow. This time, we were in no rush to head out in rough weather. A visit to Talkeetna to view the mighty Denali and a few days at Alyeska was in order to keep the mind right.

"We felt the safety in numbers.”

While we were visiting Talkeetna, Zak had run into one of his climbing partners at the local pub. Angela VanWiemeersch is a highly skilled and seasoned Ice climber who had just spent a cold week up by Denali, freezing her toes and swinging axes in the shade. She told us of their chilly climbing experience, and we told her about our “plans” to go snowboard and camp on some far-off glacier, location still to be determined. Her partners had to bail back to Utah, cutting her climbing trip short. Still itching for more, Angela had decided to join us for the remainder of the month. Out of the blue, our friends Nick Russell and Amanda Hankison signed up for this unknown adventure and flew up to Alaska the next day, too. All of a sudden our crew had grown from three to six. We felt the safety in numbers.

Going into this, we had a rough idea of where we wanted to go and the bush pilots we’d use to get there. We spent 10 days waiting out the weather. With mixed reports on snow conditions coming in from around the state, the decision was made to migrate to Thompson pass outside of Valdez. Ian and I had never been there before, and Zak had a wonderful friend, Reese Doyle, who lived on the pass and offered us a place to stay in the most incredible cabin that he had built. Arriving in Valdez, the skies had cleared, yet we could not fly out due to some unexplainable “restrictions” at that moment. Two days were spent touring and getting the legs ready up at a place called “the Iguanas back”, hence our adopted name “Team Iguana.”

“Life is so good when all that there is to do is Eat, Shred, and Sleep.”

After patiently waiting, we got the call from our pilot Zack Knaebel of Tok Air Service that it was go time. It’s always a roll of the dice flying out to a zone you’ve never been to before, let alone never seen. Our bud Zak Millz was the only one in our group who had camped in the area before, so we sent him in first to do a recon flight and dropped him into a camp. It can be overwhelming with the amount of terrain out there to come up with a good spot to camp: The right aspects, elevation, and terrain all come into play. Zak ended up picking an incredible zone for us with enough peaks to keep us busy for weeks! About an hour flight from Anchorage, and three loads in the “185 Ski-Wagon,” we were all posted up in the most beautiful mountain environment.

Stepping off the plane, it was apparent that the previous two days of full-sun had gone to work. The glacier surface was a mix of crust by morning, and slush by day, with the steep north faces above holding onto cold, dry pow. They were ideal conditions for travel, allowing us to go far on the flats with ease, opening up a ton of opportunities to explore. Many camp trips I’ve been on in Alaska have involved lots of trail breaking in deep snow, so this was kind of a treat to be able to glide so effortlessly. After the second day, we stood on our first peaks and got a good lay of the land.

With full high pressure for 9 straight days, camp life was super easy and laid back. Never had I been able to set out my socks to dry on the tent and not have to even worry about them blowing away in the morning; That’s how calm it was! Typically winds rip at high speed on glaciers and storms are frequent. Sometimes you can sneak in and out and experience a place in its most calm state. Clear skies gave way to starry nights and northern lights for nearly every single night we were up there. It was truly a magical sight to experience. 5-star camp meals provided by the chefs and all the snacks you could imagine. Life is so good when all that there is to do is Eat, Shred, and Sleep!

' Above camp stood a proud peak facing north, holding what we imagined to be the best snow in the area. ’

It took a few days riding around testing the waters to even conceive a line down the steep face. As the days went by, our eyes and minds became glued to it. What was the best way up? Would it be pow? Should I bring Verts (snowshoes) or crampons? Do I even want to be way up on that steep face with crampons? No, I didn’t! So Nick, Zak, and I decided to take Verts and assess the snow on the way up, climbing straight up the face to avoid the cornices on the backside. The moment we crossed over the bergschrund it became steep and stayed that way for about 1500 ft to the summit. As the three of us leapfrogged our way up the mountain we heard the buzz of a bush plane off in the distance. A couple of flybys later and the plane touched down on the glacier below where my brother Ian was posted up to film. Later learning that one of the ski guides in the plane was Jessica Bakers’ husband, Brenton Reagan! Small world, but it feels pretty big out there.

One by one, we descended safely from what we later named “Perpetrator Face” back down to the glacier below. Ice was harvested for cocktails and a celebration with the wildest northern lights ensued. This trip turned out to be one of the best that I’ve had in my six spring seasons dedicated to Alaska. It just goes to show that if you put yourself in position, eventually you will score the goods. It’s hard to say how long that might take. For example, it was Nick and Amanda’s first glacier camp, and they nailed it first try! A mix of luck and good “planning” goes a long way. But most importantly, the first rule of planning is to show up.