When Your Identity Is Tied To Climbing, What Happens When You Get Injured? 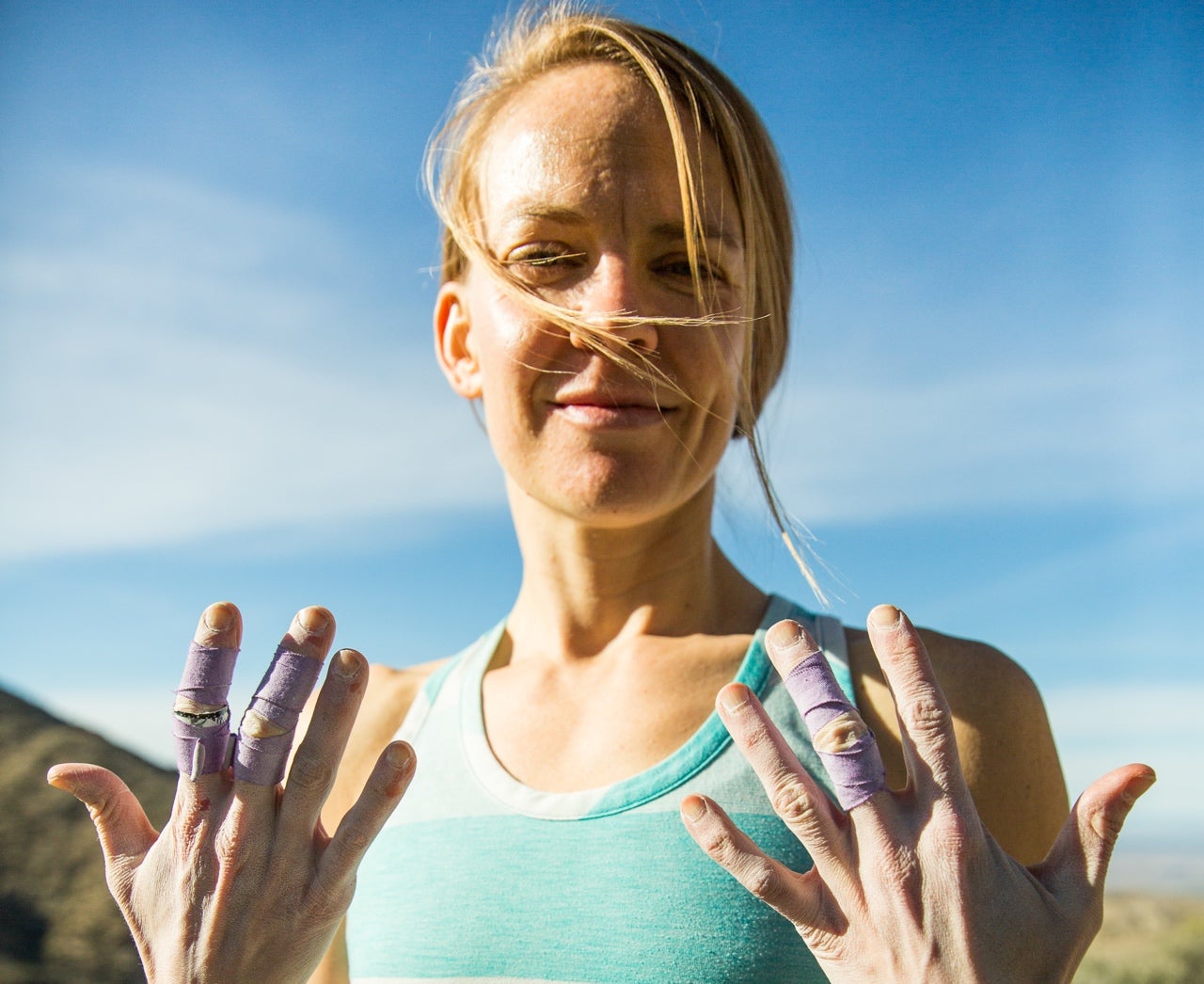 There are moments that we can all relate to as part of the outdoor community. Whether we identify as climbers, skiers, paddlers, and whether our preferred terrain is rock, snow, or water, these are the highlights of what we withstand that bring us together. No matter how challenging, at the end of the day we discover that each of these moments are So Worth It.

Lately Leici Hendrix’s climbing career has been a test of patience as she recovers from an injury that sheared the bone off part of her middle finger. This summer she overcame her self-doubt with her first 5.13a send in three years, reaffirming her passion for the sport and her potential to keep chasing that passion. Here’s what she learned in the process:

Self-doubt and lack of confidence can be just as derailing as an injury.

After several significant finger injuries, I feared I would never be able to climb hard again and lost a lot of confidence in my performance and desire to climb. It began a few years ago when I was sport climbing in Ten Sleep, WY when my foot slipped while I had my middle finger in a mono pocket. I heard a loud pop and assumed that I’d injured a pulley.  After taking lots of time off, I still had a lot of pain in my injured finger. I found out that I’d sheared off part of the bone in my middle finger and that it hadn’t healed correctly. Because of that, I kept sustaining injuries in other fingers on that same hand. Eventually, I’d had 5 finger injuries in 2 years. I was sick of feeling defeated.

I learned how much self-doubt and lack of confidence played in my ability to see past my ego. I let go of caring how hard I was climbing and tried to climb things that brought me joy or inspired me. It’s helped me have a really positive and rewarding relationship with climbing that’s based more on what I get out of the sport and less on padding my own ego and accomplishments. So last summer I did a ton of research on finger injuries, lots of physical therapy and supplementation, and of course, training. Within about four months, I was back to climbing 5.13-, injury free, after two years of feeling hopeless.

When your identity is so tied to climbing, an injury is far deeper than muscles, bones and tissue.

I worked in the outdoor industry at a climbing non-profit, all of my friends were climbers (I lived in Boulder), and all of my vacations and free time had been devoted to the sport. I hadn’t learned how to deal with NOT having climbing in my life. I felt like I was on a rollercoaster-- I’d start to recover from one finger injury and immediately get another one. I thought I was doing everything right and didn’t understand why I kept getting injured. Eventually, I felt like I was losing my identity as a climber. Everyone around me was progressing and I felt like I was going backwards. I became angry and resentful towards climbing and myself. I feared failure and decided to stop trying so I could avoid it. 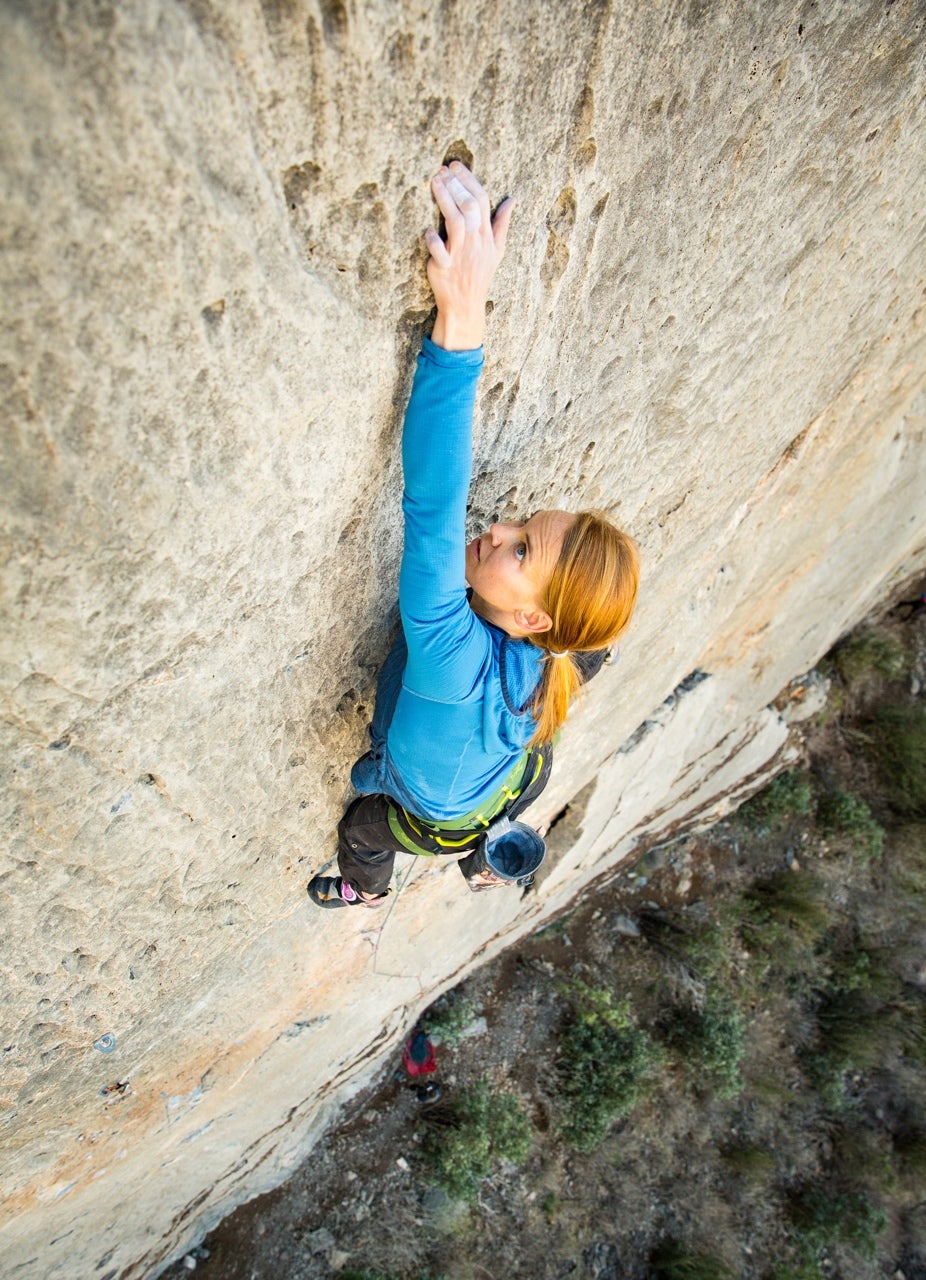 I ran, did yoga, and went to the gym occasionally. I would get out with friends and be pretty casual, mostly seeking out easy trad climbing. And when I decided to work through the emotional block I’d built up and stop protecting my ego, I started doing rehabilitation exercises daily, taking collagen and other supplements, like turmeric, holy basil, and tart cherry, and very slowly warmed up and cooled down. I only climbed things I truly enjoyed and had fun on. If I wasn’t having fun, I stopped climbing or climbed something I would have fun on. I did the same with training in the gym. I stopped doing the things I absolutely hated and climbed what was fun for me. I pushed myself in new ways—I tried to learn to climb and rest no matter how pumped I was, how to breathe and relax my body in stressful situations. I started meditating daily. All of these new habits gave me the confidence to start trying and failing again. Everytime I failed, I would reward myself with something small. I saw huge improvements in my climbing within the first month. Those improvements allowed me to push myself further and keep trying.

RELATED: How To Climb Harder As A Weekend Warrior

I’ve really changed my attitude towards myself and my climbing. I have a long-term vision for my relationship with climbing now. Before, I mostly climbed because I felt a sense of pride and accomplishment from it. Now, I climb because I love the way moving my body over rock makes me feel and I value the relationships I’ve created through the sport.

I would define confidence as feeling empowered to climb for myself, rather than the people around me.

I moved to Vegas a few years ago when I started having finger issues. Because of that, I hadn’t been able to climb some of the classic hard lines here. This winter, I wanted to send The Gift, a classic 12d at the Gallery in Red Rock Canyon. Unfortunately, the winter was unseasonably warm and I wasn’t able to get to the route very consistently between my travel and work schedule. In addition, the more time I put into the route, the more my demons were coming back to haunt me. Eventually, it was purely becoming a mental battle. I had the route wired. I was falling at the very top, after the crux. I must’ve put in 40+ redpoint burns. One day, I woke up and told myself that I was sick of allowing my ego to creep back in again and that I was done working the route. I didn’t even warm up. I hiked straight to the crag and sent on my first go. It was a good reminder of what I had learned last summer—that when you stop climbing for the love of climbing, and you let your own pride pull you down, it gets in the way of accomplishing your goals.