Why Affinity Spaces Are Complicated 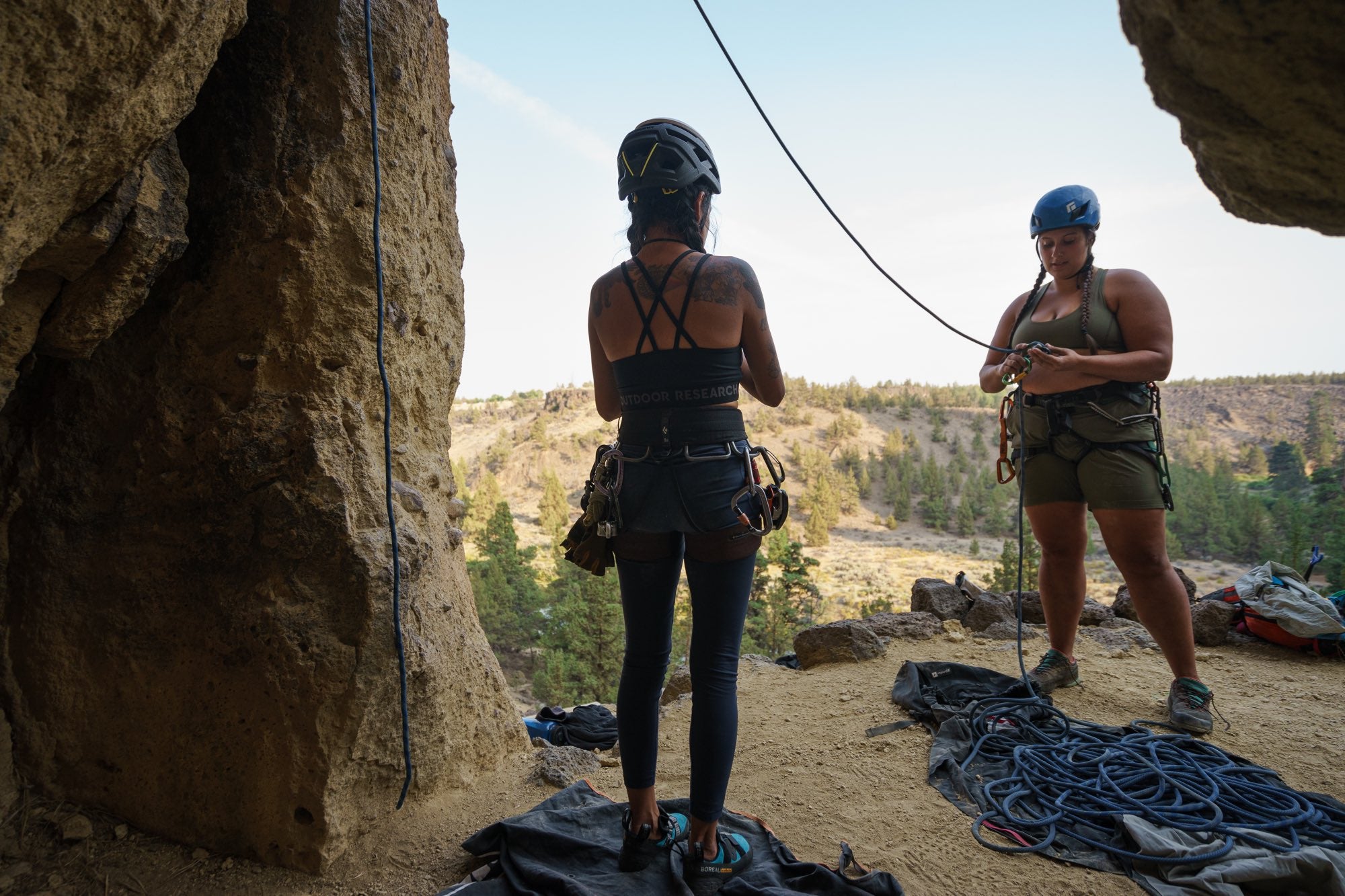 Bennett Rahn began climbing when she worked at an outdoor-focused middle school, and it wasn’t long before she was climbing with friends at the gym, then outdoors, then helping to teach others to climb. Along the way, affinity spaces have made a major difference for her.

First Bennett got involved with PNW Outdoor Women—but realized it wasn’t specific enough to speak to her other identities, so connected with other groups for queer climbers and eventually plus-sized climbers. We spoke with Bennett to better understand why these types of spaces are important within the climbing community, and how we can make them better.

“Affinity space, in its core, is about belonging,” Bennett explains. “Saying, ‘In the broader climbing community, you feel like you don't belong. So we are going to create affinity space, which is just people that have this identity, so that you can feel like you belong in this group of other people that share an identity that makes you feel othered. ‘ ”

“It's really interesting when you have a lot of those identities, and trying to find space in all of them, and they all bring you value, and they all make you feel seen. Then you also have all these other different things. So you show up to one, and then you're like, ‘Oh, okay, well, I'm fat here, and everybody else's fat here, but they're also all straight, and I'm not.’ “

“We are a huge demographic of people, but we have been told that we don't belong there, or that we're not fit enough. So many people who grow up in fat bodies have experienced a lot of shame, and a lot of direct and indirect messaging that our bodies are terrible, and that we have failed, because we haven't beaten them into thin submission. That those spaces of exercise and activity feel painful and horrible. And why would you want to expose yourself to more of that potential experience? I think that that is a huge barrier for folks who may be really interested in climbing.

"We are a huge demographic of people, but we have been told that we don't belong there, or that we're not fit enough."

As a plus-sized climber with experience climbing with other larger climbers, Bennett is in a unique position to be an effective affinity guide. “I personally believe there is a huge market for this—plus-sized people are 50% of the US women's population,” she says. “But getting there means that I have to continually put myself in places where I am the only one that looks like me, and that, I mean, that's true of a lot of different things.”

For instance, to become an AMGA certified single-pitch instructor, one must lead a trad climb of a certain grade with a client belayer—someone who may or may not actually be able to provide a safe belay.

“Basically you're just not falling, but theoretically, your client will be able to catch you. But if you are me, and you weigh 230 or whatever—maybe double what most guides weigh—that becomes a very different equation. If you're a guide, and you have a client who's a similar size to you, and you get halfway up the wall and something terrible happens and you fall, yeah, they're not going to be a great belayer. It might be messy, but you probably won't hit the ground. For me, that is not a guarantee. I have taken falling clinics before where partners are trying to give me soft catches and I ended up lower on the wall than they are. I fall further and I yank them up higher than where I was.

“That’s just not a consideration I think a lot of people have to deal with. Then there's the layer of, if I fail, everybody's going to think it's because I'm fat. There are just so many different pieces there that make it even harder for me to feel confident in these spaces. It's exhausting to put yourself out there and overcome those barriers to entry. I really want to be clear, I am not the only one that struggles with lead-climbing. Everybody struggles with lead-climbing, if you don't, you're probably Alex Honnold—but there are just additional pieces to the equation that make it harder.”

"That’s just not a consideration I think a lot of people have to deal with. Then there's the layer of, if I fail, everybody's going to think it's because I'm fat. There are just so many different pieces there that make it even harder for me to feel confident in these spaces."

“I would really love to see a differentiation between guiding and instructing. I would like to become an instructor, and in my mind, an instructor would never say, ‘Hey, random stranger. I'm going teach you to belay for five minutes, and then I'm going to get on something.’ Because what I'm doing here is teaching you how to be an effective belayer, so that interaction would be a lot like more nuanced. Versus somebody who just wants to climb a desert tower and the guide has climbed this tower 15 times, and they're quite certain they can put up the rope.

“I am so grateful that in my lifetime, even the last five years, we have gone from an outdoor industry that actively denies that fat people exist, and want to be in the woods, to some companies being invested and interested in creating accessibility. We have a long way to go, and I'm not saying we have won the war. … I want to be a part of bringing the outdoors to people who have been completely forgotten and excluded historically.”