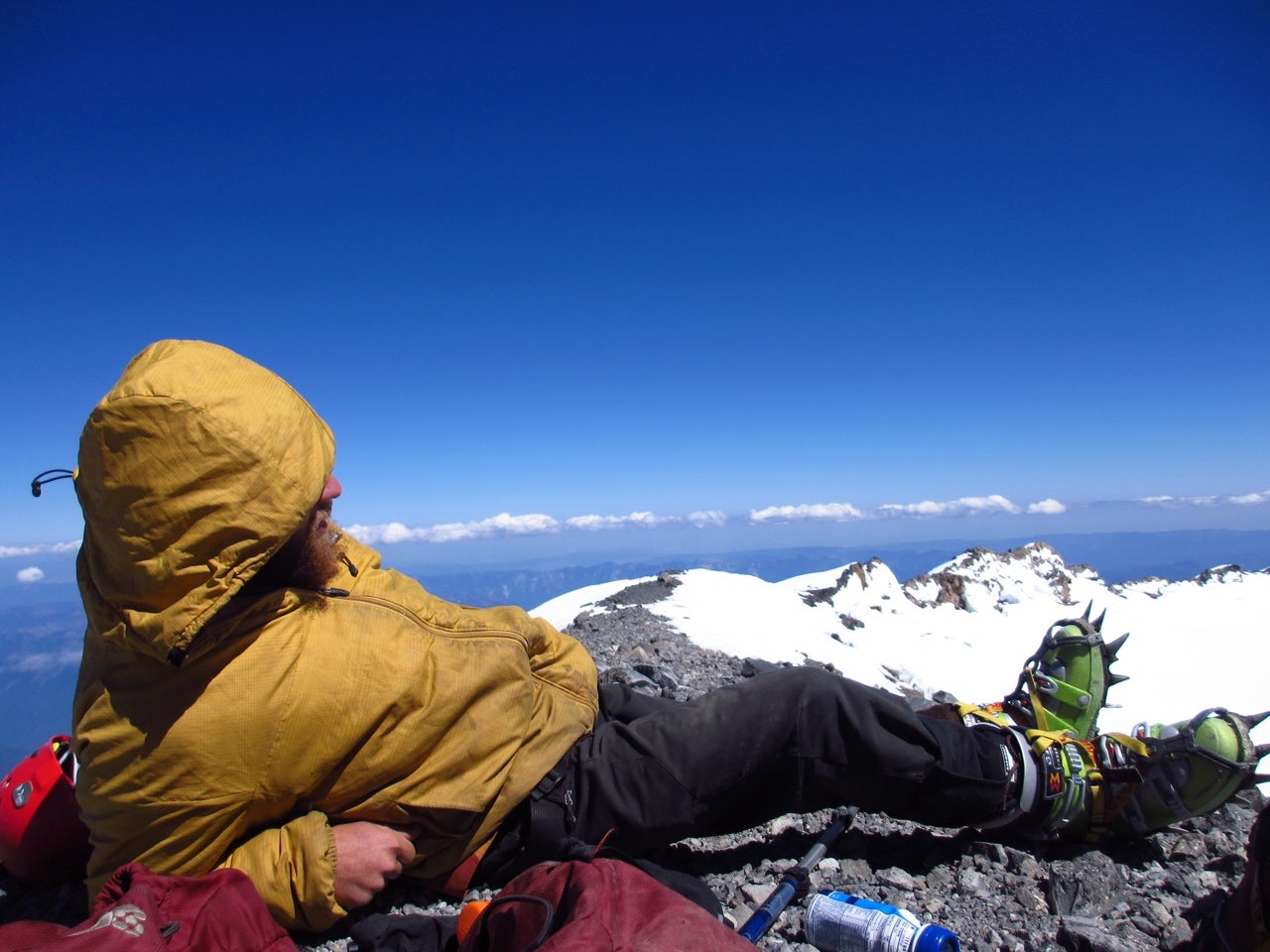 “There are only three sports: bullfighting, motor racing, and mountaineering; all the rest are merely games,” Ernest Hemingway once said. Being a climber, I naturally honed in on the latter of those three sports as I read that famous line. Stroking my manly beard in a Hemingwayesque fashion, I thought to myself, Yes, mountaineering is truly one of the only real sports in the world. Here, I endeavor to present a list of reasons why.

The rest of the games probebly won’t kill you. If you made a Venn diagram with circles for bullfighting, motor racing, and mountaineering, what do you think you’d find in the middle? “Probably gonna kill you.” This is why these are all sports, not mere games. If Hemingway is wrong, then there must exist at least a fourth such activity people participate in that will probably kill them. But, try as I might, I can think of none. Basketball, baseball, soccer … psh. These aren't sports. Nobody ever dies. Sounds more like a GAME to me. But wait, you ask, what about rock climbing?

Rock climbing is contrived. Okay, I grant you that people die rock climbing all the time. But come on. Rock climbing—as opposed to mountaineering—is way too contrived to be a sport. Most of the time you can walk to the top of a rock climb via the grassy slope on the back. In a way, you might as well just be hiking. Mountaineering—now that's some real deal stuff. Especially on the kinds of mountains Hemingway would have climbed—ahem, mountaineered—such as Mount Rainier or Mont Blanc. You know. The kinds of mountains you walk to the top of ... and take the gondola back down.

Mountaineers poop in bags. What’s more extreme than pooping in bags? Did you know that in England their grading scale for the "game" of climbing includes Very Severe (VS), Hard Very Severe (HVS) and Extremely Severe (E)? So, riddle me this: What’s more extremely severe than Chris Sharma’s hardest dyno? I’ll tell you what: trying to direct diarrhea (if you’re mountaineering, you’ve probably got diarrhea from those third world towns you pass along the way, like Chamonix) into a bag without getting any on your boots or harness. That's beyond Extremely Severe. That’s Uber Severe. The English grading system for climbing can't even touch it.

Mountaineering is pure. My favorite thing about mountaineering is probably how pure it is. There's nothing quite like Everest. Ah, yes. The Big E. It might as well be called Extremerest. It's so extreme, in fact, that it would be utterly insane to try to climb it (ahem, mountaineer it) the way you might do a piddly pile of snow like Mount Rainier. Nope. For Everest, and many of the world's most extreme mountains, the only POSSIBLE way is with help. Preferably, the help of underpaid and underinsured Sherpas who put up ropes and ladders for you and carry your oxygen to help you get to the top. Now that's a sport. How many people helped put up ropes and ladders for Alex Honnold to free solo El Cap? Zero. And you know why? Because it's way less Uber Severe than climbing Everest. AKA, it's just a game.

Bull fighting and motor racing are also Uber Severe. You might try to poke holes in Hemingway’s impokeable logic by showing that bullfighting or motor racing are actually not sports. This, of course, would be patently absurd. Just think about it. Bull fighting is obviously a sport because what's more sporting than aggravating an innocent animal, confining it to a ring, and stabbing it with spears while it’s jumping and running around desperately until you finally kill it? That may be even more severe than mountaineering, because in mountaineering all you conquer is a mountain. The mountain never even bleeds from your crampons. And as for racecar driving… Shake and Bake. Need I say more?

But then the terror sets in, and the dream collapses under its own immense weight. I know that I will never measure up to Hemingway’s rigorous taxonomy. In the end, there’s nothing left but games for me.