Why True Allyship Is An Adventure

What does allyship actually mean in the outdoors? Instagram posts about solidarity? Donating to social justice organizations? How can we go beyond those more transactional gestures to a more transformative type of allyship?

Meet Dani Reyes-Acosta and Lila Leatherman. Dani and Lila are both outdoor athletes, freelancers, and advocates for equity and inclusion in outdoor recreation. After meeting at a trade show in summer 2019, the two cultivated a working relationship including professional collaboration, skillshares for their work in marketing strategy and equity consulting respectively, and empathy for their shared experiences as people with underrepresented identities in outdoor recreation. Though their work and their identities are distinct, their shared values and reciprocal support help them grow in both their professional and personal lives.

Allyship is a nuanced concept, and one that has been at the core of Lila and Dani’s relationship. There are many varied definitions of allyship, but it’s often described as an ongoing practice of learning and unlearning, in which a person of privilege seeks to operate in solidarity with a marginalized person or group of people. (links: 1, 2 )

Here, Dani and Lila sit down in early June 2020 to talk about what allyship means, how their identities inform their work, Pride month, and the current resurgence of the Black Lives Matter movement. Following is their conversation, edited for themes and clarity.

I am a strategist and storyteller passionate about connecting people to themselves, to community, and to the broader world around them. As the founder of Nomad Creativa, I help my clients build brand and communication strategies,  as well as editorial and design frameworks. I’m also an educator, freelance writer, and professional ski/ride athlete with Outdoor Research. I’m based out of ancestral Ute land in rural southwest Colorado.

I’m a facilitator, educator, writer, and equity consultant. I founded Lamella to help people  develop understanding, empathy, and advocacy with marginalized identities, with a particular focus on queer and trans folks in the outdoor industry. My career training is in science, and I bring a critical and interdisciplinary approach to my consulting. I’m also a passionate rock climber and trail runner on the ancestral land of the Ute, Goshute, and Eastern Shoshone in Salt Lake City, Utah.

We’re talking about the adventure of allyship. What do we mean by that?

‘The adventure of allyship’ frames the work in an outdoor context—and also, allyship really is an adventure. There’s no clear beginning, there’s no clear end or destination. It’s about continuously doing the work and confronting the things that come up as you do that—the challenge is totally unforeseen.

And another key part of it is, there's a large degree of failure involved in the adventure. In doing the work, there's a lot of learning, and learning through mistakes.

It’s reciprocity. It's support. It's understanding. It's compassion. I don't think it's realistic for us to expect that we're all going to end up in some field surrounded by pink sparkly unicorns and that the world will be totally equitable—because that's not how it works.

Ultimately, I think the adventure of allyship is recognizing that our work never ends, and that we need to continue to support each other.

How do we figure out how to strategize our allyship, or our equity work?

Particularly over the last week, I find myself looking for more specific and concrete action to take [to support Black folks and the Black Lives Matter movement.] And when I’m thinking about what to do, I think of it this way: You have time, you have money, and you have influence—and all of us have different balances of these things.

Dani: This is a great way to slice up privilege 101. Before we get into the nitty gritty of identity, asking: What do we have a lot of, and how do we use it?

Lila: Exactly. And this is also akin to the social identity wheel exercise, which asks you to reflect on all of the different parameters of your identity. On your age, on your race, on your gender, on your nation of origin, on the languages you speak, on your educational background, and on the types of privilege that each of these things afford you. From there, you can see where you can act from.

Dani:  Ability, too, is another aspect of privilege from which we can act. Our physical and mental faculties afford us opportunities some people will have to work very hard to achieve some of the things we take for granted. 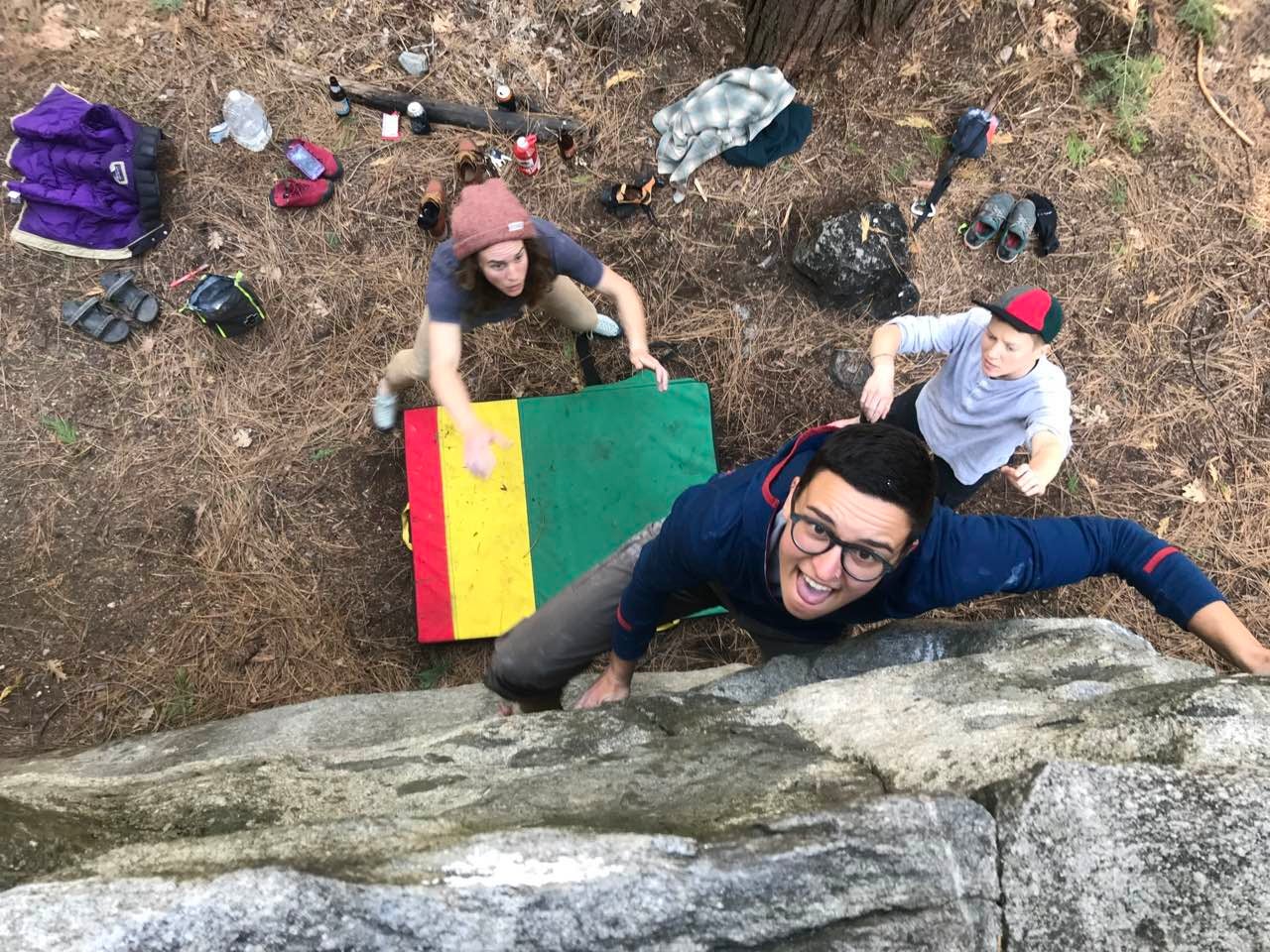 How does your identity inform your work as an ally?

I am a white, queer person who exists in a femme body. I grew up middle-class, I have financial stability, I’m able-bodied. Places that I think about acting from, in this context, are my race and my class privilege especially.

And at the same time, a lot of my activist work has been in response to discrimination that trans folks have faced. As a trans person, I have to tell people my pronouns in order for people to use them. And also, there are trans folks of color, trans folks who are disabled, trans folks with suites of different abilities and privileges than I have—people who aren’t able to go and give a workshop about what gender is. So, I use that intersection of my privileges, my race and class, to do work in communities that I’m connected to and invested in.

You bring up this beautiful point about how you’ve tied the work to your identity. That’s one of the things I really admire about you, is that you’re looking at the areas where you see the pain, and you see that there’s work to be done.

It’s tough, and it’s challenging. When I think about my work in relation to the social identity wheel, it’s really (honestly) a prioritization of my work in terms of the areas where I feel there’s the most pain, and how I relate to it.

As a brown woman of color, in very rural America, do I really have to be worried when I, for example, ride my bike down a lonely dirt road? The fear is valid, but how do I show up as a professional, to channel those experiences into something that’s useful?

How does equity work and allyship relate to outdoor recreation?

I think there’s a lot we can learn about equity and allyship work from outdoor recreation. When I'm teaching workshops, I use this analogy a lot: When you look up at your project for the first time, like do you expect to redpoint it your first go? Do you expect to climb it perfectly, without ever having looked at it? Or, what does it feel like looking up at that new project for the first time?

It’s scary! Allyship work takes practice, and it can be intimidating.

Yeah, it's absolutely true. And just like climbing, we do one climb, and we master some skills, and we keep refining. There's a progression of skills that we build. I think a lot of allyship is soft skills, and thinking about how we treat others, how we develop the emotional intelligence to be able to connect with people that may not look, talk, speak, dress, move, use their bodies the same way that we do.

I always feel remiss talking about outdoor recreation without naming that, yes, everyone should have access to these amazing things, but also, everybody doesn’t! Nature doesn’t discriminate, and also, systems do.

I want everyone to be able to have access to the same kinds of amazing places and experiences and boundless joy that I get when I’m bounding down singletrack in the mountains! I want everybody to feel that! And also, there are emotional and financial and logistical barriers for everyone to have the same kind of access that I thrill in, and that I know you, Dani, also experience.

It’s really simple: Donating your gear, affirming other people in the digital space, and in the actual outdoors space, too, and saying, “We’re glad you’re here.” I think if we affirm people in any space, whether that’s a conference room, at the base of a crag, on a trail—that’s a great way to help someone else have a great experience and want to do more.

It’s Pride month. What does that mean?

Lila: Pride month is celebrated in June every year, and is a dedicated time to affirm and recognize the queer community, the challenges that queer folks have faced historically, and that they still face today. It’s important to also remember that the first Pride was a riot and was initiated by black trans women throwing bricks to protest police brutality.

On June 28, 1969, a bar called the Stonewall Inn was raided by police. Marsha P. Johnson and Sylvia Rivera, both trans women of color, were instrumental in starting the riot and organizing the uprising that followed for five days in New York City. Stonewall catalyzed the gay rights movement and is the origin of Pride month today. 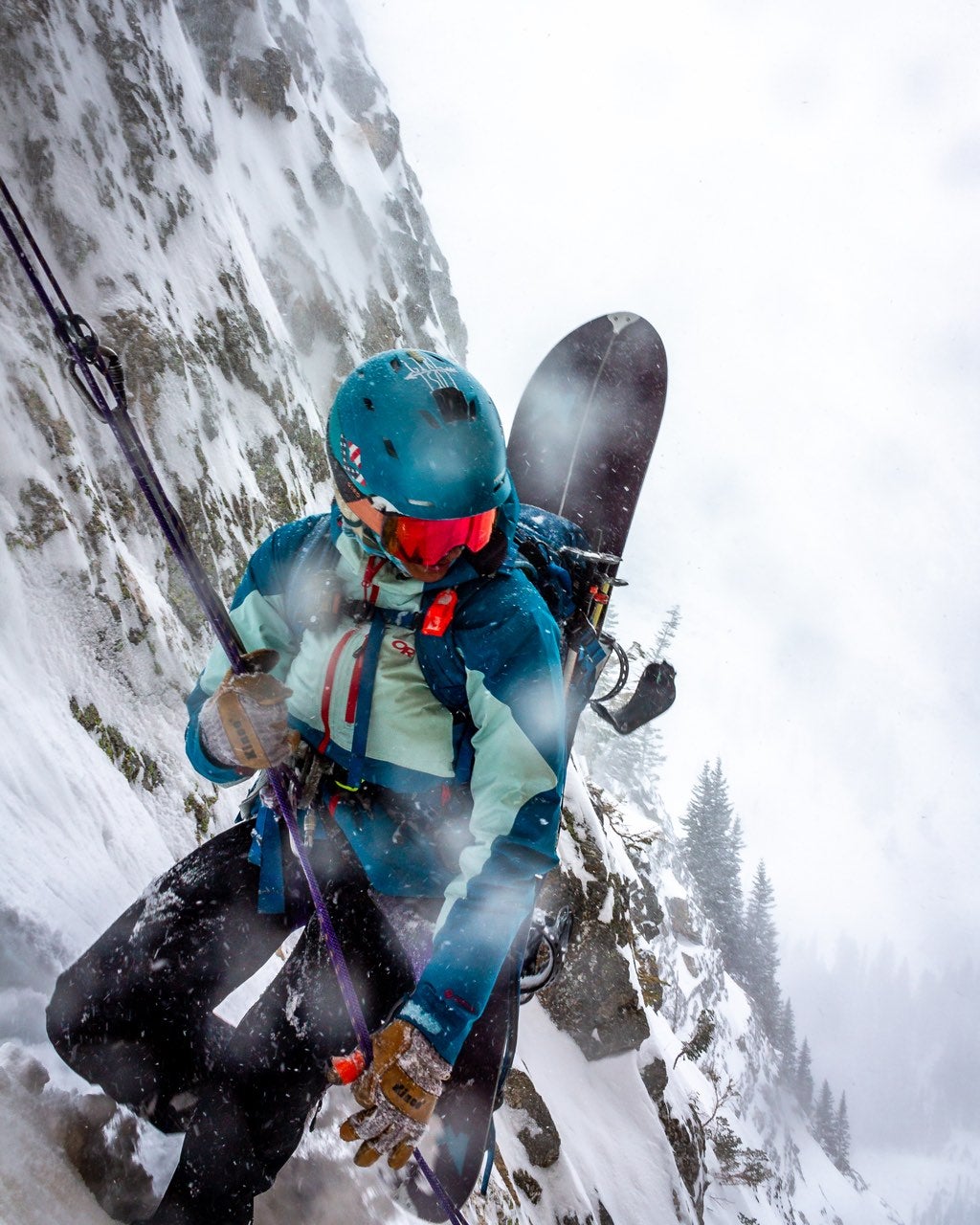 What is the connection between Pride and the Black Lives Matter movement that we’re seeing now?

If we look at what’s going on today, June Second, 2020, and over these past few days, we have to ask: What are the existing systems in place that are still oppressive? We look at police brutality, we look at a system that is still inequitable, and we see people rallying in the streets and asking for change.

And that’s why it’s important that we’re sitting down today and having this conversation. What does it mean to you?

It really is all connected. You don’t have to look far to see the connections between what’s going on now, and the Pride movement for gay and queer and trans liberation.

And you also don’t have to look far from the outdoor industry to see this movement as well. We had Ahmaud Arbery who was killed while running, by a private citizen. We had Christian Cooper who had the cops called on him while he was birdwatching. These are things that many of us in outdoor communities do multiple times a week, if not every day. And those connections are just so clear—there’s no part of our world that’s not touched by the issues that have really been brought especially to light by the events of the last few days, in this beginning of June.

One of the things I had a colleague say this morning is, “Your liberation is my liberation.” And that’s really ultimately what it’s all about, right? To me, that’s what allyship is. It’s recognizing that I, in some part of my history or who I am, have something to give, and maybe something to relate. So, even if I don’t understand someone else’s journey, or who they are, or where they’re from or what language they speak, there’s something about who we are fundamentally that allows me to lift others up, and in that lifting up, we all benefit. And maybe allyship is really just a way to empower other people to have their own liberation so that they can be their happiest, truest, best selves.

Get in touch with Dani: online at Nomad Creativa or via Instagram @notlostjustdiscovering

Get in touch with Lila: online Lamella Consulting, or via Instagram @lilaleatherman

REFERENCED IN THIS CONVERSATION

Social Identity Wheel Exercise by the University of Michigan

List of BIPOC-owned outdoor brands, among many other resources (10-15min read) by The Trek