Why We Need LGBTQ Mentorship In The Climbing Community 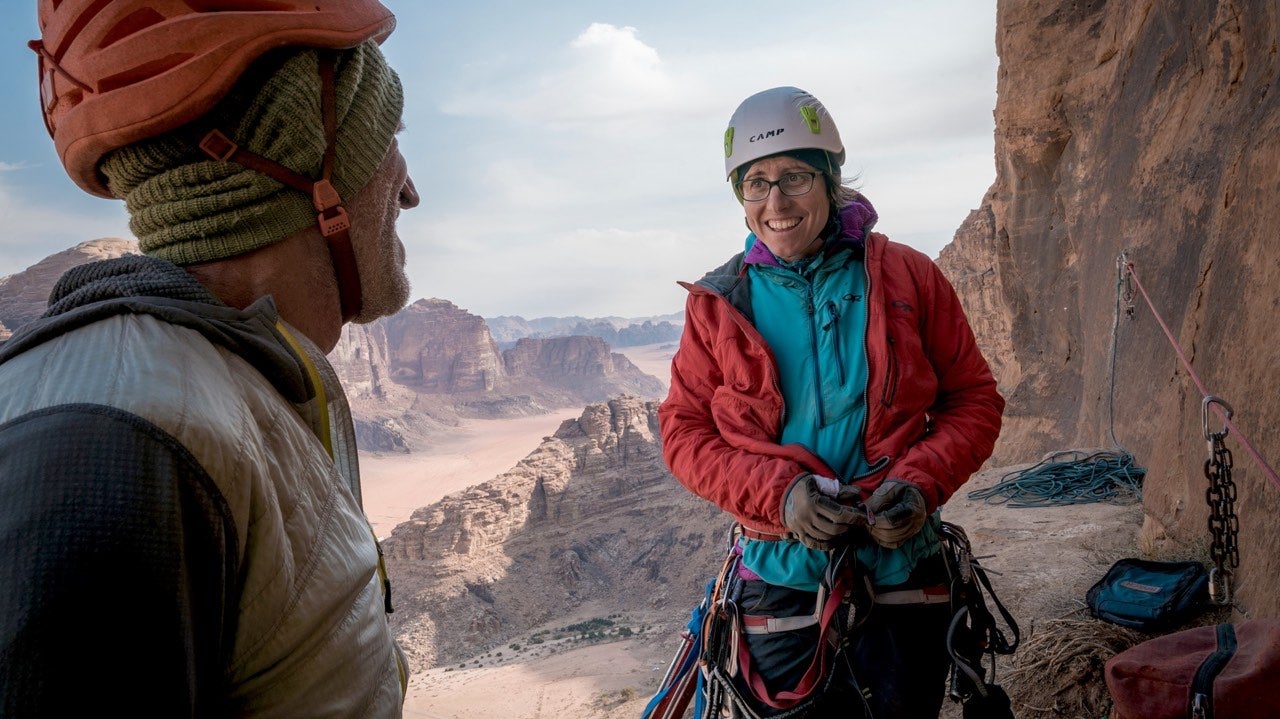 “I didn’t have queer mentors,” says Madaleine Sorkin of her life as a young climber. And while she felt safe to come out within her own community, she says she knows that’s not the case for all—and it also led her to feel isolated at the time. “LGBTQ youth are a higher risk population, so the benefits to having role models is perhaps more obvious,” she says.

This has came to the surface for Madaleine recently as she’s found herself on the other side of the mentorship relationship, with Laura Sabourin, a younger climber who’d seen Madaleine featured in magazines over the years. Becoming a mentor herself has cemented Madaleine’s feelings about how important role models can be.

Having to choose between two identities.

Madaleine says she’s seen the climbing community growing up and becoming more inclusive in her 20 years as a climber, and says her straight climbing mentors helped her find her place within the community. But it wasn’t always straightforward, she says. Sometimes she felt she had two separate identities. “In my early 20s I was trying to be one-dimensional,” she says. “When my obsession with climbing really took, I didn’t have many female role models, let alone any role models that identified with the queer community. I was obsessed with climbing, and in such a way that I often turned away from exploring anything else that I thought might threaten this climbing relationship, including the LGBTQ community. I didn’t see how this would fit in to my climbing lifestyle, in part because I didn’t see that occurring anywhere.”

RELATED: How Women Finding Themselves In Nature Is Good For The Next Generation

Hearing about an older female guide who was gay, Madaleine says she was too shy to reach out. “For a while I think I really narrowed my identity to climbing and pretended others things didn’t exist. This contributed to a lot of feelings of isolation and compulsive, addictive eating habits.” It took a long time, she says, to experience a feeling of wholeness. And while Madaleine’s struggles were mainly internal, she points out that’s not the case for many LGBTQ youth, who may risk their safety by coming out. “Their family or community may not accept them and they will experience hateful acts made against them,” Madaleine says. “So they may be in a difficult position of feeling they have to choose between who they are and their community. I was fortunate that once I started coming out I kept experiencing a very supportive community.”

Madaleine and Laura met two years ago on Moonlight Buttress in Zion National Park—Laura was free climbing the route for the first time, and Madaleine, also freeing the route, was reminiscing about the first time she’d freed it back in 2006. “Laura was climbing the route with their girlfriend belaying and supporting them,” Madaleine says. “They were both so calm and friendly and their presence filled me up as I felt I was witnessing the next evolution in climbing. I never could have imagined merging sexual orientation and climbing the way Laura was at that age.”

For Madaleine, getting to know Laura’s story has helped her understand just how important it is for LGBTQ youth to see openly gay climbers in the media. “Seeing a pro climber as openly gay and seeing the climbing community openly celebrate my achievements left the impression that perhaps Laura could live openly and be accepted,” Madaleine says. “Having a chance to see that before risking losing relationships meant a lot to them.”

If you want a mentor, take action.

For those who relate with Madaleine’s feelings of shyness when she was young, she advises to try too push through that. “Find someone who inspires you and who you think can teach you something and help you evolve in a way you long to evolve,” she says. “And then, reach out to them. Tell them if they’ve already had a positive impact and asking for their support.”

For others who want to support the LGBTQ climbing community, Madaleine says humility and listening are key. “Ask questions directly to the group or person that you want to be an ally with and also remember that there are diverse opinions within a group,” she says. “Don’t presume to know or understand someone else’s experience. Instead, listen and find the relational starting point for connection.” Being willing to feel uncomfortable and admitting to yourself that you might not know the right things to say is important. “I think this approach goes for any group that you want to be an ally to but are not closely identified with,” she says.