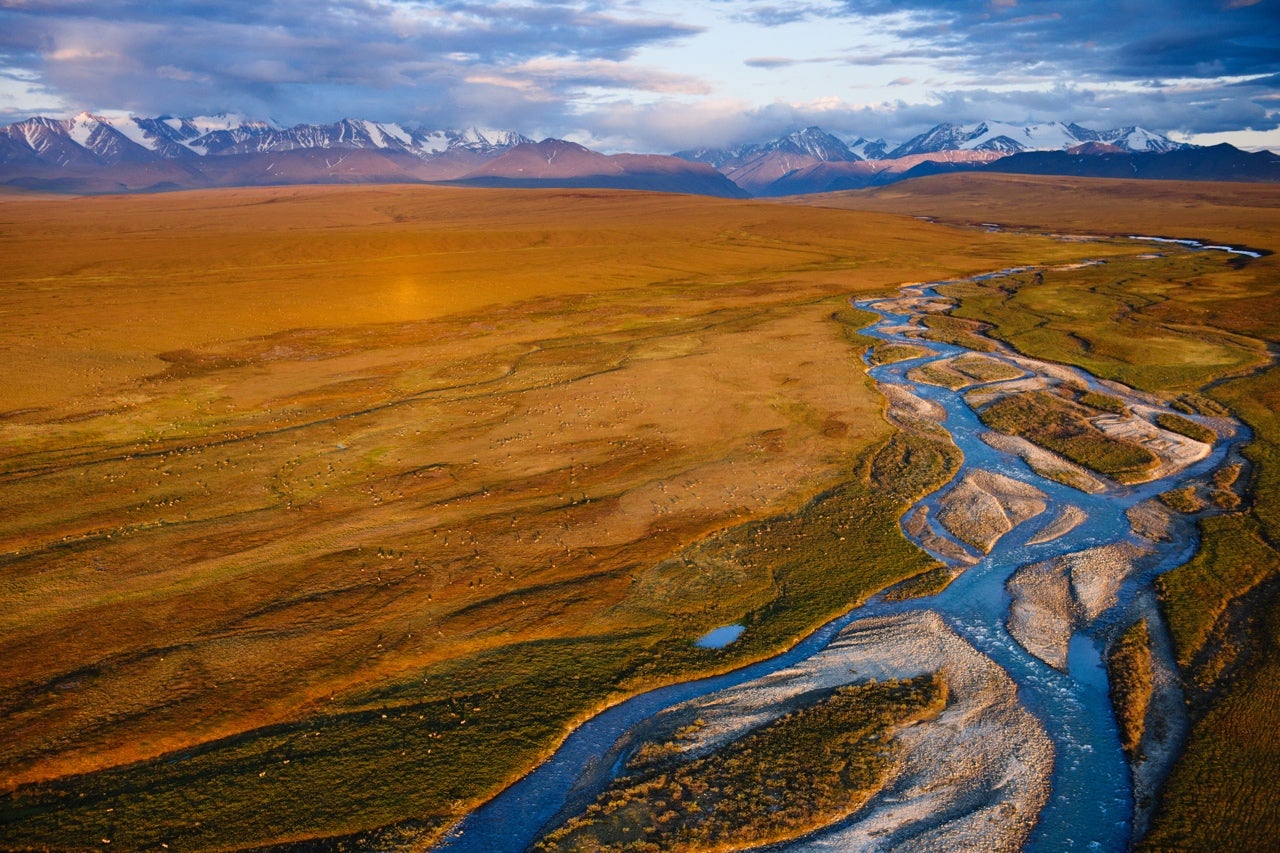 The Arctic Refuge is wild and spectacular—and, get this: It belongs to all Americans. Including you. It’s a sweeping landscape, bursting with wildflowers and framed by the awe-inspiring Brooks Mountain Range. It’s unparalleled throughout the world, and like the Grand Canyon and Yellowstone National Park, it deserves to be protected. Americans have fought for decades to keep it that way, but it’s under threat. Why should you care? Here’s a little background about this mind-blowing place, its bipartisan birth, and why we need you to join with us to sign the petition against drilling there.

What exactly is ANWR, and why does it exist? 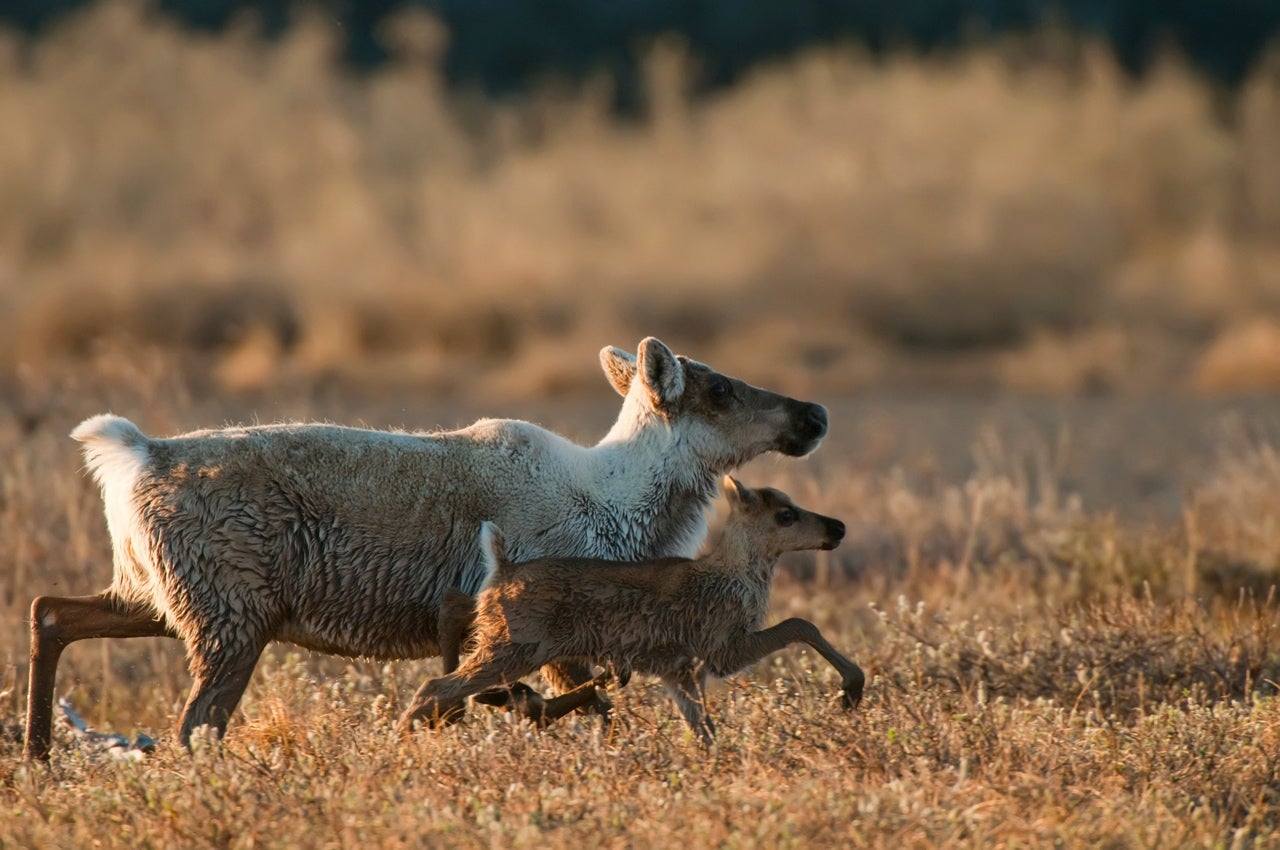 Mardy Murie, who is often called the “grandmother of conservation,” in tandem with her husband Olaus were pioneers in the conservation movement and instrumental in the campaign to protect the Arctic Refuge. Their efforts led to the establishment of the Arctic National Wildlife Range—now known as the Arctic Refuge—in 1960 by Dwight D. Eisenhower, a Republican, who set it aside for its “unique wildlife, wilderness and recreational values.”

Democratic President Jimmy Carter expanded the Arctic Refuge in 1980 through the Alaska National Interest Lands Conservation Act (ANILCA). Under ANILCA, Carter renamed the Arctic National Wildlife Range to the Arctic National Wildlife Refuge and expanded its size to 19.6 million acres. Although ANILCA represented a giant step for conservation through what became known as the “great compromise,” the act left the decision about whether to authorize oil and gas development in the Refuge’s Coastal Plain up to a future Congress. This means that it takes an act of Congress to open it for drilling or to take it off the table as wilderness.

Arctic Refuge champions in Congress have fought for decades to protect the Refuge as Wilderness. Representative Morris Udall (D-AZ) introduced the first bill in the House to designate the Coastal Plain as wilderness in 1986, Senator Bill Roth (R-DE) introduced the first version in the Senate in 1987, and both chambers have introduced similar legislation in every session of Congress since.

What’s really so important about the refuge and its coastal plane?

The Coastal Plain is the biological heart of the Arctic Refuge. It’s the birthplace of countless iconic species including wolves, grizzly bears and caribou. Close to 200 species of migratory birds hatch each summer in the Arctic Refuge, and then journey to all 50 states and across six continents. This includes the Arctic tern, which has the longest migration of any bird on the planet. 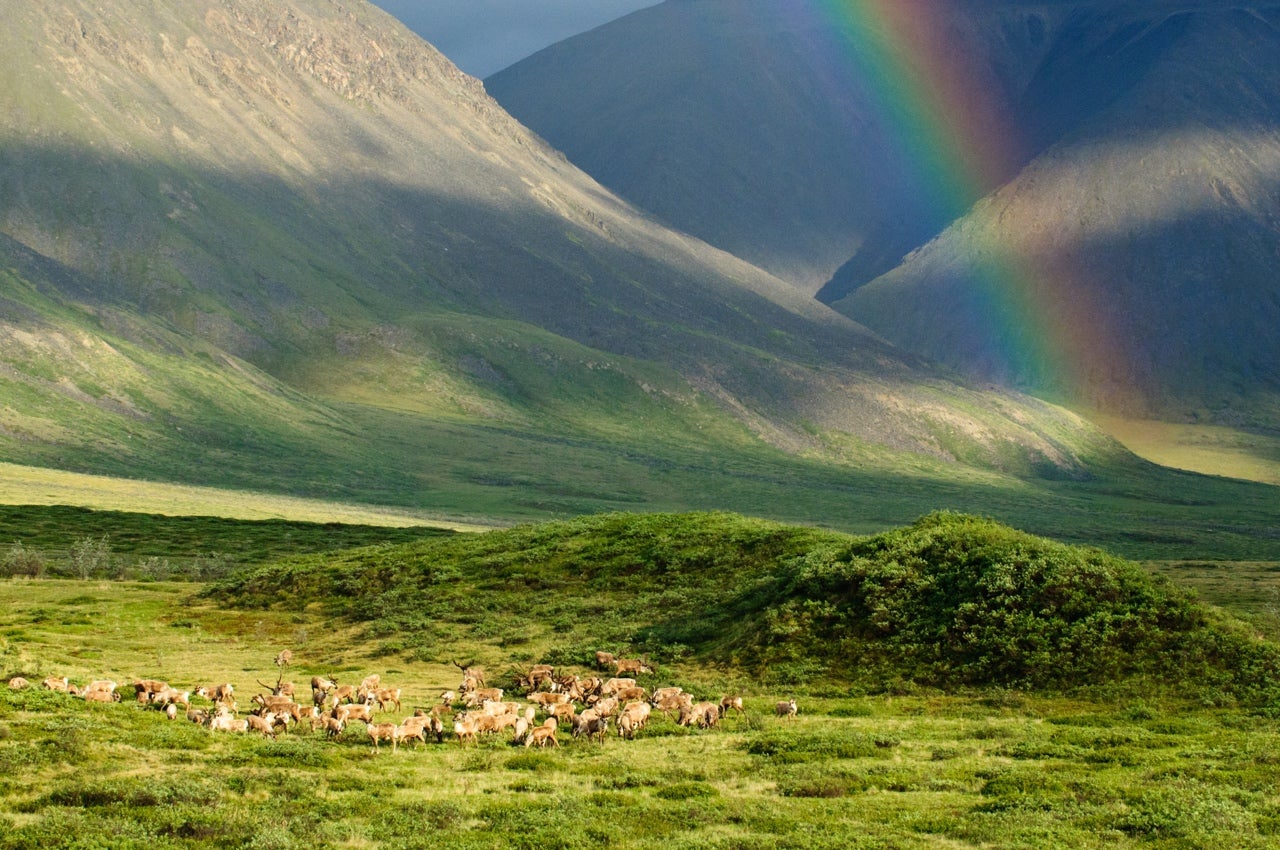 In the winter, polar bear mothers build dens on the Coastal Plain, where they give birth and nurse their young. The Arctic Refuge has the largest population of polar bears in the United States, and thinning sea ice is shifting them increasingly to den on land in this region, underscoring the importance of the Coastal Plain as critical for polar bears.

Additionally, the Arctic Refuge has sustained the Gwich’in people for thousands of years. The Refuge’s Coastal Plain provides birthing grounds for the Porcupine caribou, which use the unique ecosystem to bear and rear their young. The Porcupine Caribou Herd is 197,000 strong and annually engages in the longest land migration on Earth to the Coastal Plain, where caribou give birth to their calves and life begins anew. The herd uses an area about the size of Wyoming. The Gwich’in people call the Coastal Plain “The Sacred Place Where Life Begins” or “Iizhik Gwats’an Gwandaii Goodlit,” and the Porcupine caribou are an integral part of their subsistence lifestyle. Protecting the Gwich’in way of life is a matter of basic human rights.

What’s the status of the area now?

The Coastal Plain is currently in a state of political limbo. In January 2015, President Barack Obama announced that it was time to take the Arctic National Wildlife Refuge off the table to development. He recommended that Congress protect its sensitive Coastal Plain and other important areas as Wilderness.

The following year, President Obama finalized the Comprehensive Conservation Plan (CCP) for the Arctic Refuge and made a transmittal to Congress asking that it protect the Coastal Plain as Wilderness. Congress failed to act and the Coastal Plain remains under threat. 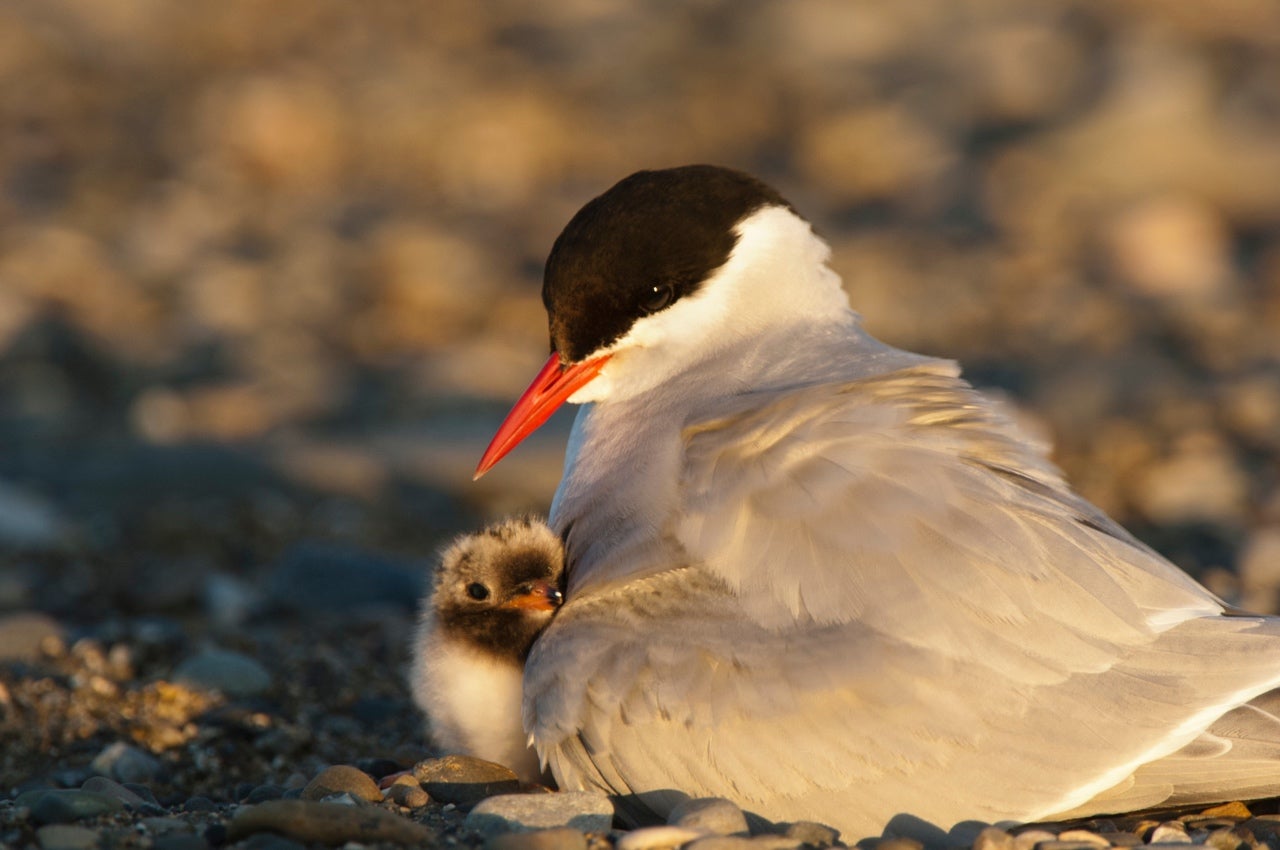 Currently 8 million acres of the Arctic Refuge are federally designated Wilderness – primarily the Mollie Beattie Wilderness Area (south section of the Refuge). The remaining land in the Refuge including the Coastal Plain is now managed as Wilderness based on the Obama CCP.

How is it under threat?

Drilling and seismic exploration both threaten the region. Both the Trump administration and Congress are attempting once more to open this American Serengeti to exploration and drilling. The Department of Interior is planning to re-write the rules to conduct illegal seismic activity in the Coastal Plain.  However, only Congress has the authority to open the pristine Coastal Plain of the Refuge to full-scale oil and gas development. This Congress is moving forward with a budget bill that advances drilling in the Arctic Refuge. The effort is aimed at avoiding a filibuster in the Senate and pushing a Refuge drilling provision through without true debate.  This is the biggest threat the Refuge has been under in decades. Arctic Refuge oil production would result in a sprawling industrial complex of drilling sites – not limited to 2,000 acres, but instead spread across the entire 1.5 million acres in the biological heart of the Refuge. 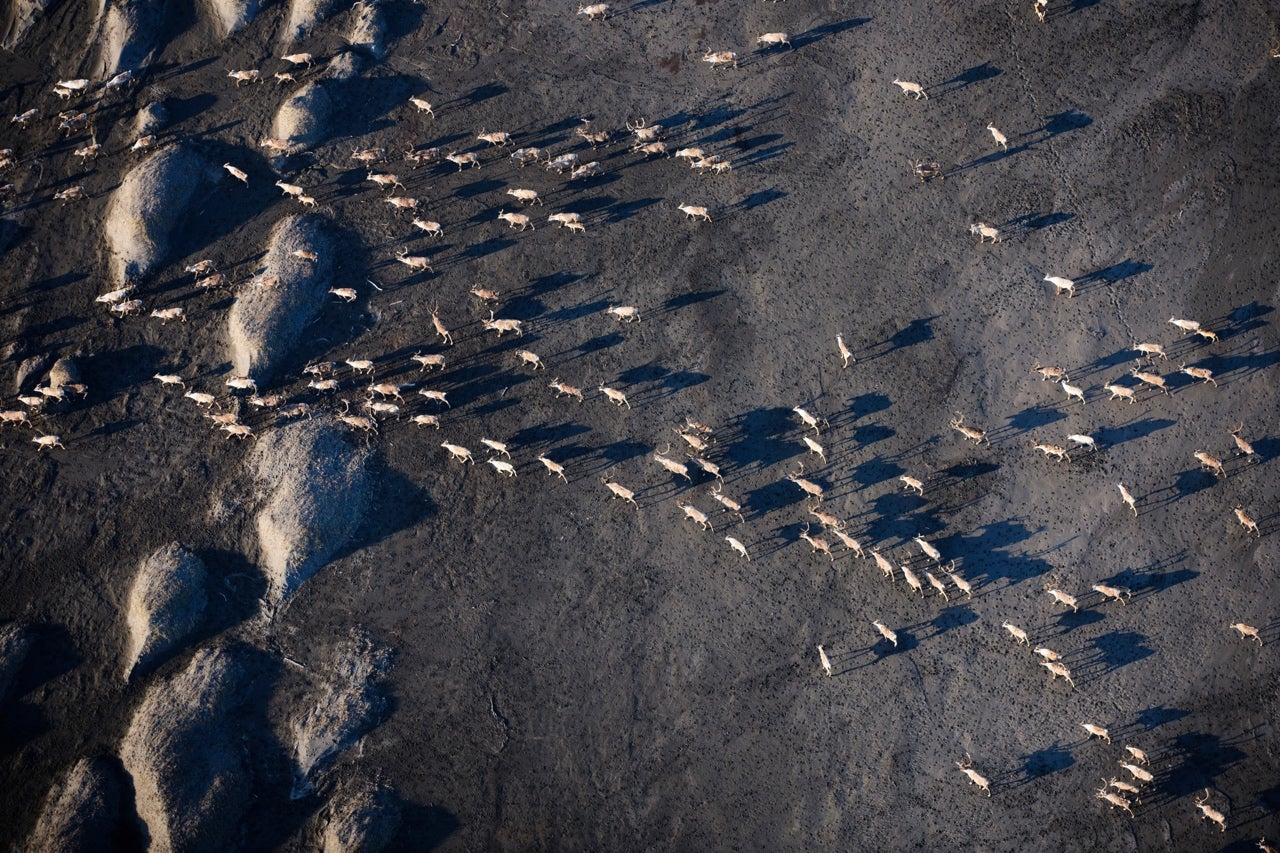 How you can help.

On October 25, 2017, we are holding a Day of Action. Alaska Wilderness League and partners will visit members of Congress to talk to them about the Arctic Refuge.  We will also have a roving billboard around the Capitol, as well as House and Senate office buildings to tell Congress to protect the Gwich’in way of life and wildlife. We will target members of Congress with social media ads, as well. Take action here: http://act.alaskawild.org/sign/norefugedrilling2017_budget_copy/.