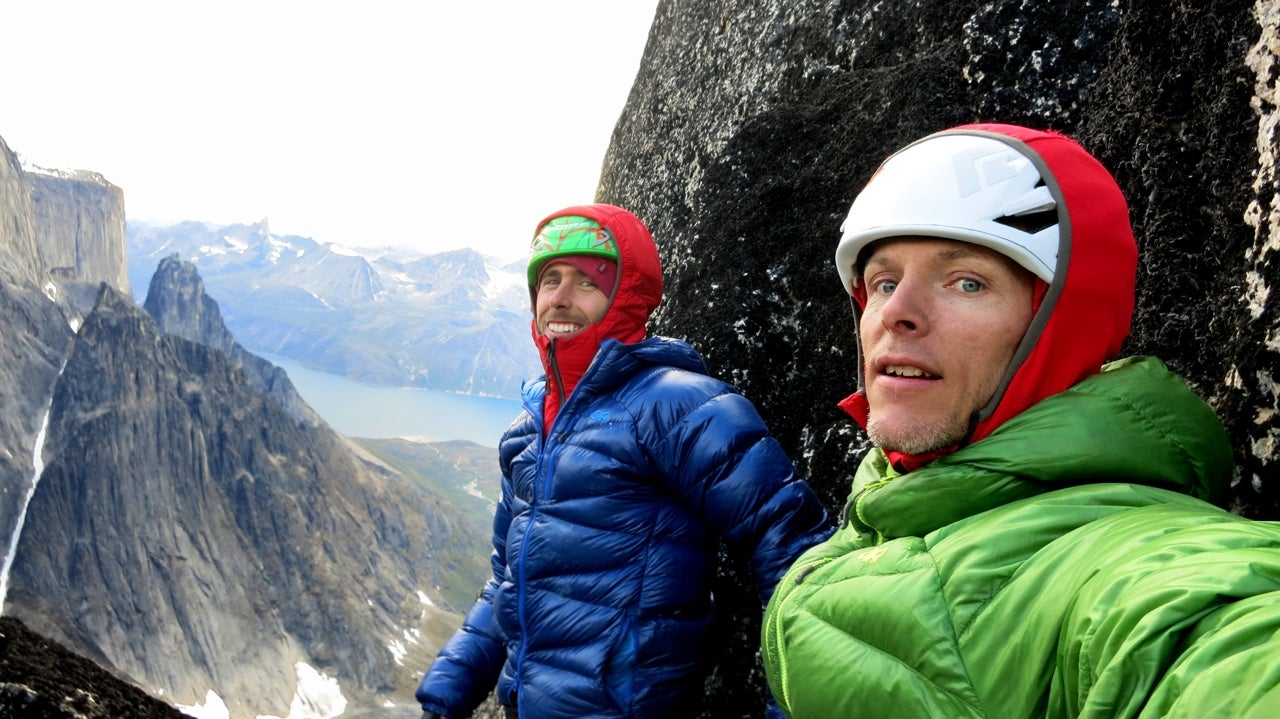 Have you ever had one of those indestructible buzzing black flies swarm you, spinning circles around your head and refusing to lay down and die even after you swat it with a hand or smack it with an extra shirt or spare sandal? Somehow it recovers from the impact and zooms straight at you or your climbing partner, as if it hadn't been touched.

That's how I feel about a few common climbing misconceptions. They are spread widely on the internet (and by over-eager "experts" at the crags) and the irony of such crowd-sourced advice forums as Mountain Project or Facebook groups is that the people most eager and willing to share their views are often the least qualified to do so. Here are a few persistent myths in climbing, which we should all just swat away for good.

You need to separate your carabiners into "bolt" vs "rope" carabiners. This idea stems from the fear that carabiners that pull against metal bolt hangers will be damaged with sharp cuts into their metal inner edges. But it just doesn't happen, at least not to the point where such a carabiner is sharp enough to then cut a sling or rope. Any tiny dent or groove will be smooth, or quickly smoothed over by use. If this myth were true, we'd have to be equally paranoid about carabiners which pull against pitons, FiFi hooks, wire cables on nuts, etc., because they are often sharper than bolt hangers. But the reason that nobody ever cuts or damages their rope or sling, despite the fact that carabiners get repurposed all the time (from use against bolts while sport whipping, to use clipping to ropes and slings) is simply because this is a theoretical concern that doesn't pan out. If your carabiner is going to damage your rope or sling, it will be because it has been used on a fixed draw or anchor for dozens of ascents, and taut ropes pulling out on the carabiner have sawed through some of the aluminum, leaving a small and sharp radius. This actual (though very rare) concern has no connection to the unwarranted fear of normal bolt hanger damaging a carabiner.

You need to buy  "trad," "sport," or "bouldering" shoes. Your needs on a given climb (be it a bigwall free route or a gym boulder problem) should determine what type and size of shoe to wear. There's nothing inherently similar to all (or even most) trad climbs, sport climbs, or boulders. For something steep and juggy with heel and toe trickery, use a soft shoe with tight heels. For a near-vertical techy ascent where you want to maximize weight/force through your toes, wear very stiff edging shoes with slightly curved toes. For thin hand cracks or easy warmups of any style, wear mid-stiffness shoes with your toes flat. Base your shoes on the rock you'll be climbing, not the means of protection you'll be using.

You need a P.A.S. or daisy chain for single-pitch freeclimbing. Here are the normal (non-aid) scenarios in which you should have a daisy chain hitched to yourself: _______. If the anchor is equipped with fixed carabiners, clip and lower through those. If someone else in your group will be toproping a pitch with fixed anchor carabiners, add a new carabiner or short draw to the anchor bolt (so the rope runs through three points total) and have your personal piece of gear slightly higher than the fixed carabiners. This will put all the rope's wear on your personal carabiner, which can be removed before your partner lowers off. If there are closed chain links but no carabiners atop the pitch, use a long quickdraw or a 24-in h alpine draw (handy even for sport climbing) clipped between your belay loop and the bolt hangers. With slack in the rope, you can untie, run the rope through the bottom chain links, tie back in, and lower. If the lowering rings/links are large enough, you can also simply stay tied in but push a bight of rope through the links, tie a quick overhand-on-a-bight, and clip this to your belay loop with a locker or two normal carabiners. You can then untie your original tie-in knot and lower off, never having come untied from the rope or being off belay. 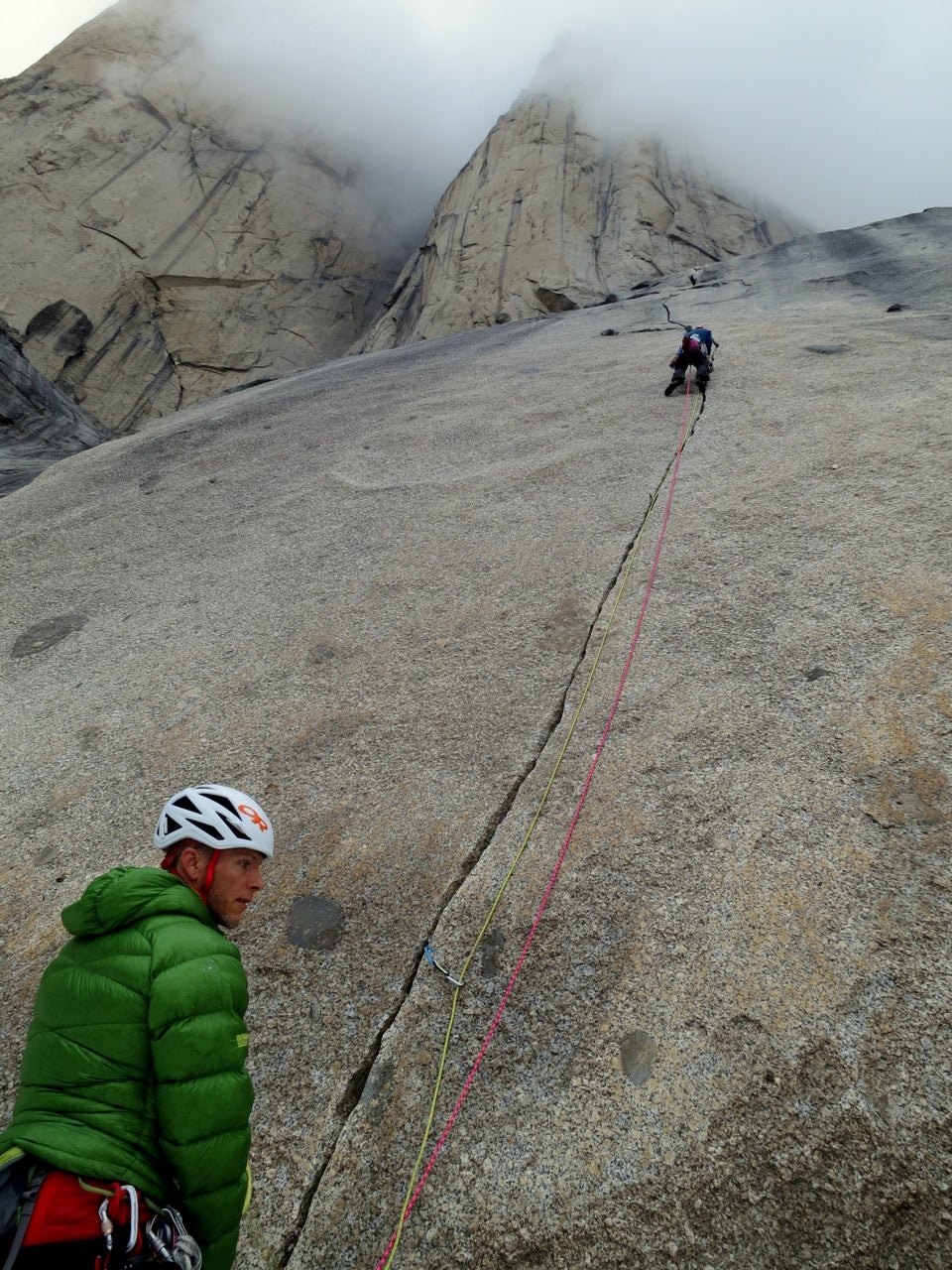 Dropped gear should be retired. The same can be said for gear that has been fallen on and caught  climber. If it's damaged to the point of not working, you will likely see the damage in the form of deformed wires, mangled cam lobes, bent metal, etc. In the words of Chris Harmston, former quality assurance manager at Black Diamond, “I have test-broken hundreds of used, abused, and dropped ‘biners (even some that fell 3000 feet from the top of the Salathe Wall on El Capitan. Never have I noticed any problem with these unless there is obvious visual damage to the ‘biner. Climbing protection is meant to be fallen on, and can certainly withstand being dropped. I'd be far more confident in buying or using a used cam which HAS been fallen on than I would in trusting a piece of gear without it experiencing such real-world testing. More confidence-inspiring testing of dropped carabiners (tested by REI, SMC, and others) can be read about here.

You can't rappel on two ropes of different sizes. Use a clean, well-dressed EDK with knot tails of at least 12 inches. There will be very very little difference in the rate of ropes passing through your rappel device. I've rappelled on pairs of ropes with up to 2.5 mm difference in diameter with no major slipping of the thinner rope. For 100 percent assurance that the thinner rope won't slip through faster than the thicker rope, simply clove hitch the thicker rope to the anchor, have the first climber rappel on just one strand, and then have the lower climber loosely hold (or tie off) both strands at the lower anchor to ensure no slippage.

You can't use down in wet environments. It is true that if jackets are soaked through, synthetic insulation has more loft than down. But with modern water-resistant or waterproof shell fabrics, water-repellent down treatments, and the availability of ultralight waterproof shells like the OR Helium, you can bring a down puffy or sleeping bag to damp environments. With some care and attention to how and when you use it, it will stay lofted and be lighter than a comparably warm synthetic.

You can't trust your harness belay loop, because it creates a point with no redundancy, where failure is catastrophic. The only known failure of a belay loop lead to the death of famous climber Todd Skinner. His death was part of the impetus for many climbers and even some manufacturers to begin to sew or tie secondary belay loops along with the normal loop. However, Todd had basically sawed through his own worn and tattered belay loop by keeping a thin dyneema sling girth hitched to it at a single point, and hanging from this sling over the course of many bigwall climbing days. We already rely on non-redundant waist loops, knots, ropes, belay devices, and belay lockers. Just stick to one simple belay loop, but don't ever leave a sling hitched (and stressing) one spot in this loop.