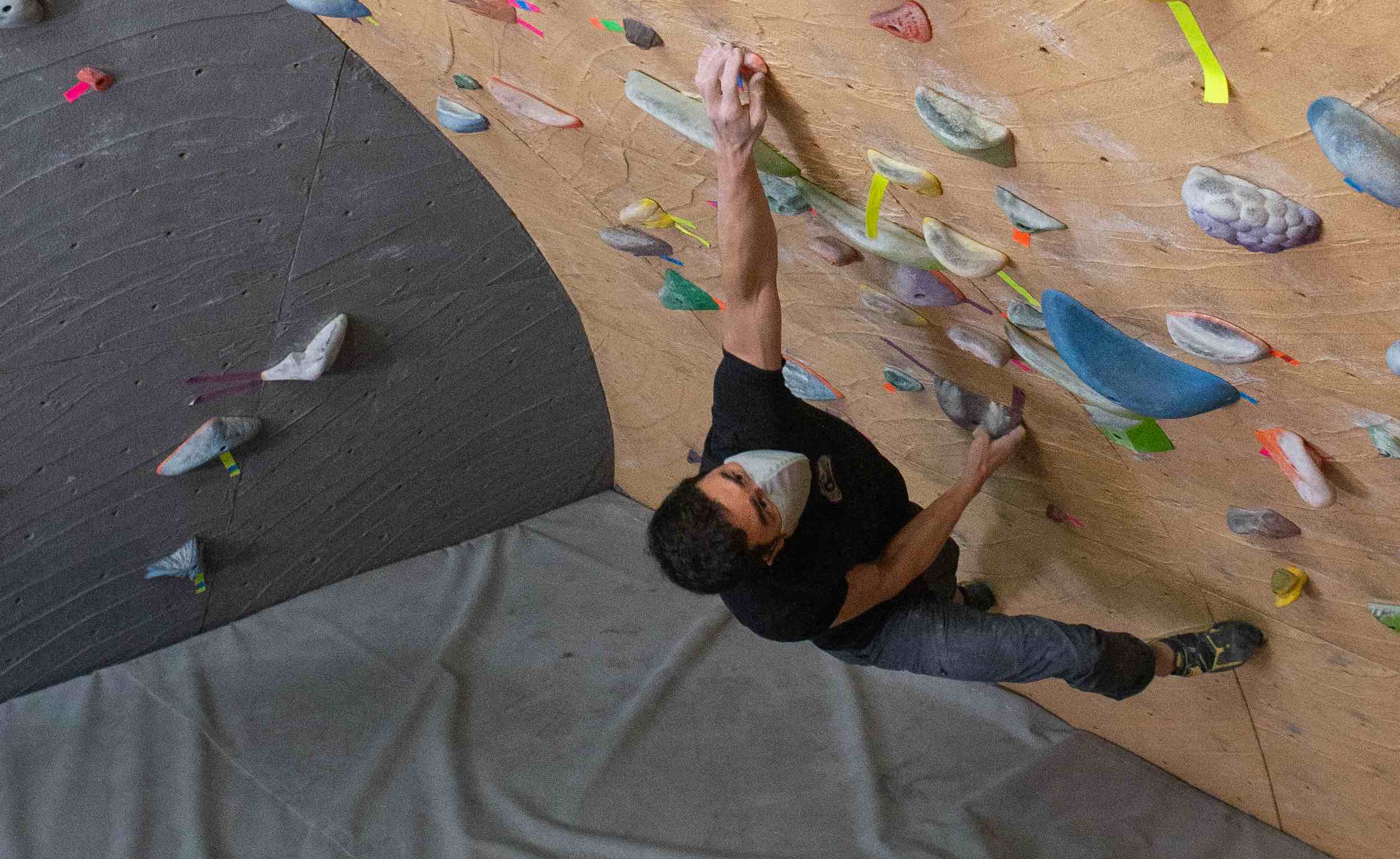 Clear communication is a notoriously crucial part of rock climbing. It can make the difference between a safe, fun experience—and one that’s dangerous or deadly. It’s also a big part of what many of us love about the sport—the community. So what happens when suddenly a barrier is added to the communication process? That’s exactly what’s going on right now as we grapple with life during a pandemic. In order to keep climbing, we’re wearing face masks that can muffle our voices and hide parts of our facial expressions. Does this affect our communication and community? If so, how can we communicate better?

For many, climbing in a mask mercifully makes little to no noticeable difference. At the Tallahassee Rock Gym—which is mostly a bouldering gym, with few toprope routes and no lead climbing—Richard Ruddell says everyone’s required to wear a mask at all times except for while hydrating. “We haven’t noticed any measurable difference in communications,” he says.

Aubrey Fraser, director of Earth Treks Englewood in Colorado says she basically sees climbers bringing their outdoor voices indoors to make sure they’re heard. “We’re already accustomed to working with sound barriers and loud noises around us,” she says. “Whether it’s music inside or rushing rivers and chirping birds outside.”

For others, the experience of climbing, belaying or spotting in a mask can be more nuanced. 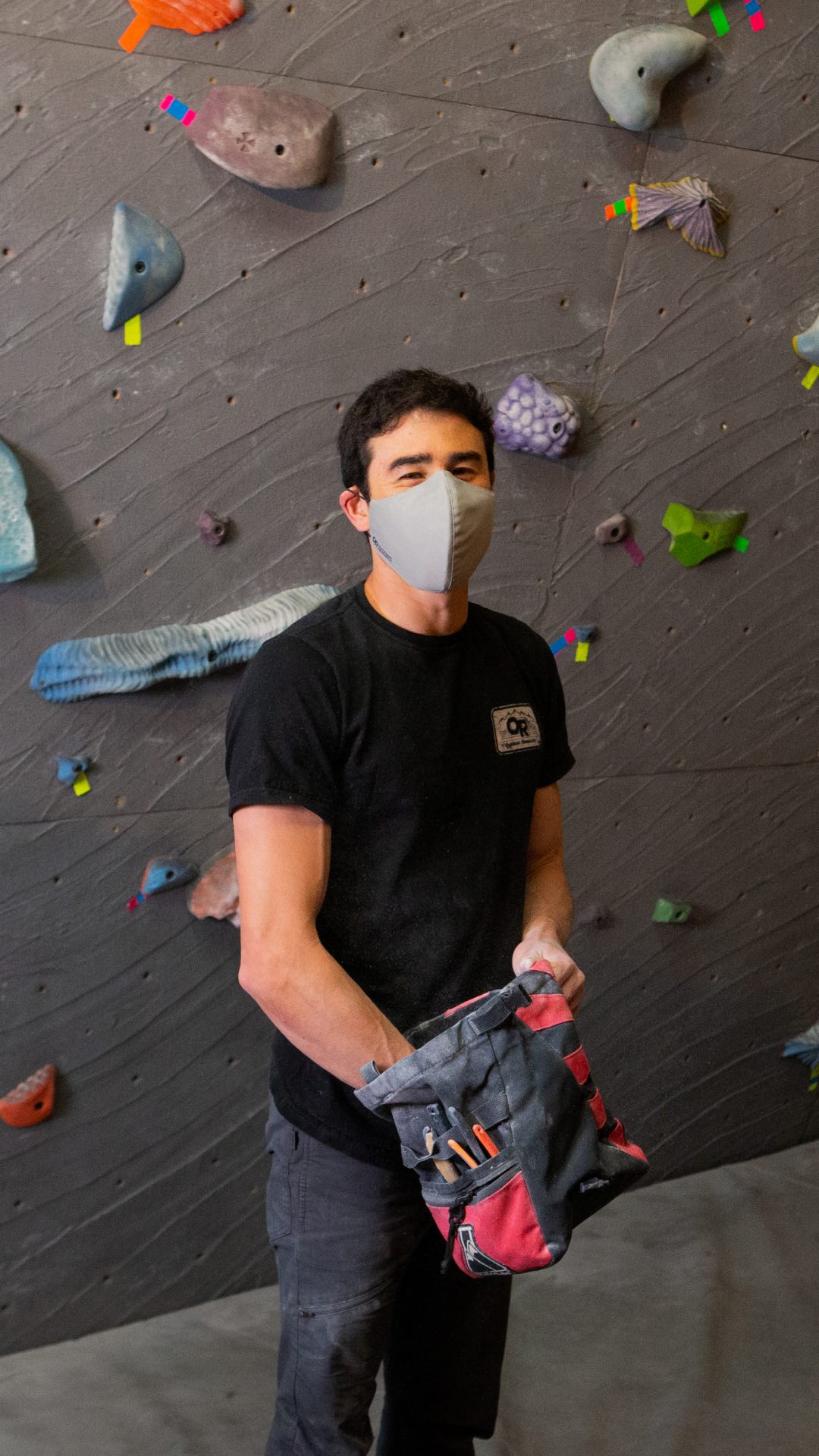 Climbing coach Mario Stanley, based in Dallas, is not new to putting in extra work to communicate. As an adaptive climber who’s hard of hearing, he’s used to reading body language, working with hand signals and using other timing-based signals. As a coach—he’s in charge of recruiting for Team Texas—he says he’s spending much more time up on the wall alongside his climbers these days to make sure they understand each other.

Paul Corsaro, owner of Crux Conditioning, says he’s also working on his enunciation. “I tend to talk fast and mumble a bit as it is, and with the muffling factor of the mask, it's pretty easy to be misheard,” he says. “I've tried to slow my speech down a bit and really make sure I'm being clear with people.”

Speaking up or using our hands and eyes more to communicate is one thing—it might seem obvious or natural. But Mario worries about some of the more subtle effects these communication barriers may have. “My one big fear in the gym is that people won’t mingle as much anymore and that communities will get a little more closed off,” he says.

The same social distance that could help fight the spread of the virus might also keep us from welcoming or meeting new people in our climbing spaces. Our level of interaction with people we don’t know is dipping. “It could be kind of reverting back to what it was like in the early 2000s and the ’90s,” Mario says. “if you didn’t know how to rock climb, nobody would bother to talk to you or give you the time of day to teach you.” Going out of our way to be communicative will be important if we’re going to keep our climbing communities friendly and inclusive.

Increased intimacy with our core groups

Just as our connection to strangers or those outside our own core group might fade or distance, our bonds with regular partners may just tighten as we focus more on communicating well despite the barriers. For example, Mario posits that if we’re not able to hear each other well, we’ll need to tune into each other’s body language in new ways. It’s something he’s already accustomed to, since he relies less on audial clues to be a good spotter or belayer—but it’s something the rest of us may also need to learn to pay more attention to.

“Each person is different,” he says. “My buddy Will, when he’s super tired, his shoulders roll up and then when he’s about to gas out, his elbows are full chicken-wing. But my friend Malik is very different. When he gets super pumped, he starts switching hands and matching hands—he starts switching hands on everything. And my friend Jenny starts down-climbing more often, and starts talking to herself more—and whether I can hear what she's saying or not, I know she’s starting to get tired.”

HOW DOES THE OUTDOOR RESEARCH FACE MASK COMPARE?

Ironically, as we’re able to communicate less, it will require us to communicate more, Mario says. He predicts that as we work harder to understand each other, we’ll actually grow closer. “I honestly think you’re going to see people invest a bit more, be a bit more choosy with who they climb with, because it is more work now,” he says. “People will value the time they have with each other a bit more.” 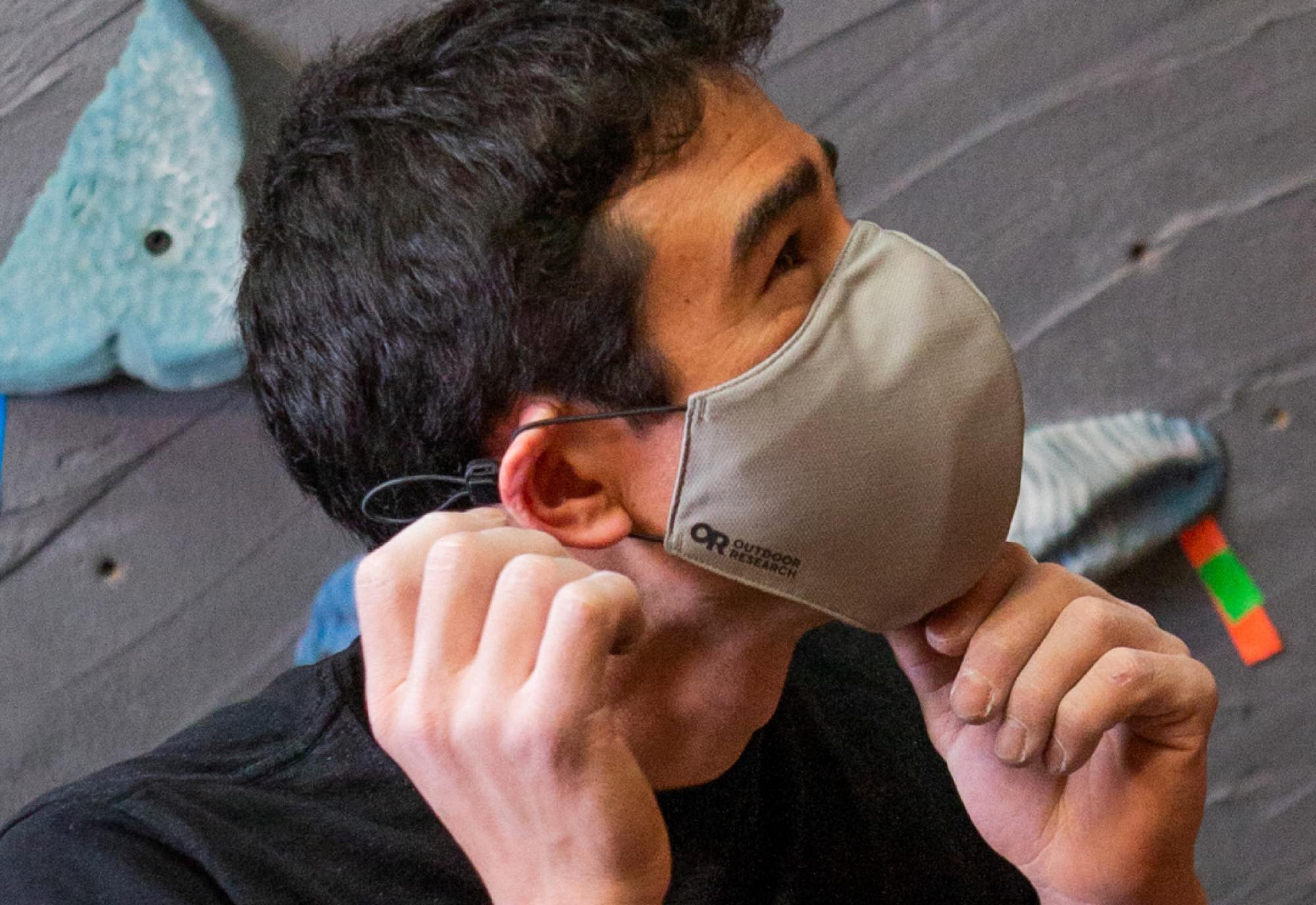 TIPS FOR CLIMBING SAFELY AND SOCIALLY WHILE WEARING A FACE MASK

Get a good mask.
Mario asks: Why would you spend a bunch of money on high-tech, great fitting shoes and then not get a mask that fits well and doesn’t distract you? “If you’re not comfortable, you’ll have a bad experience,” he says.

Practice communicating during your warm-up.

“During your warm up climb, I recommend calling out to your belay partner to get a sense of how and if your mask creates any sound barrier and have an understanding of how loud you need to be,” says Aubrey. She recommends checking in with your belayer after each climb to get feedback on the volume of your voice.

Don’t be afraid to ask for a repeat.
Eye contact is huge for getting a good sense of whether someone understands you, says Paul, but we shouldn’t stop there. “Repeating things, completing the pre-climb belay checklist—which should always be a thing—and not being scared to ask for clarification are all things that need to be at the front of everyone's mind,” he says.

Find creative ways to show support.
Even with masks, most of us are missing out on hugs and high fives with our climbing crews right now. But that hasn’t stopped Mario from figuring out a way to show support and connect with his young climbers while still playing safe. Inspired by cultures where cheek kissing is a common greeting, he translates the gesture to their feet with what he calls “foot fives,” tapping climbing shoes in lieu of a high five.