How To Fix A Cam 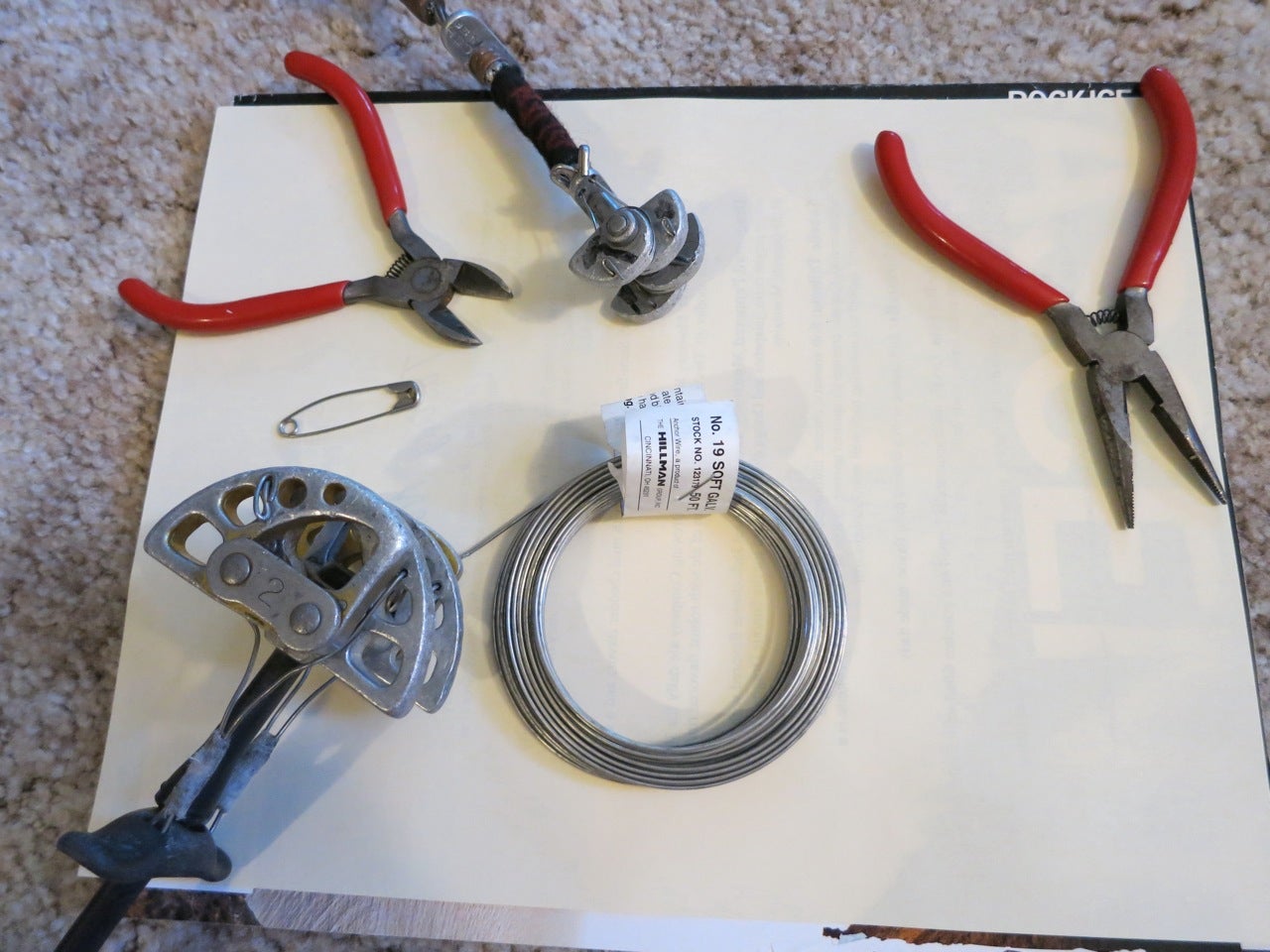 I was freezing, starving, and my legs had fallen asleep. I was hanging at the belay several pitches up a new route, when somewhere down below, out of view, my partner had stopped climbing for several minutes. I pictured him raiding our shared backpack for both of the jackets and binging on snickers and GUs while I hung from a cold perch, buffeted by the wind. Eventually he started climbing again, and when he reached the belay, it was without one of the trusty Alien cams that I had owned and used since I began climbing. The trigger wire that retracts the cam’s lobe had broken. Despite his time-consuming attempts at extraction, the piece wasn’t going anywhere unless someone with two nut tools and infinite patience were to repeat the route and manually collapse the cam’s lobes. I looked at the rest of my rack and noticed several other cams in a similarly sorry state of breaking trigger wires. We placed (and removed) cams with delicate fingers for the rest of the climb, but I knew a fix was in order.

Unlike a cam’s cable stem, thumb loop, axles, or the lobes themselves, the trigger wires are not weighted or relied upon for the cam to hold in place. Instead, they are only used to withdraw the lobes, allowing one to remove a piece. For this reason, one can safely use fishing line, bike cable or weed-whacker cord to replace the strings or wires installed by the factory. Once back home, I figured out a great way to repair these small cams, and perfected an easy fix for larger cams as well.

4 Small Safety Pins (if replacing every wire on a small cam) or 2’ of thin metal wire from a craft shop or hardware store (for larger cams).

1. Cut out the old trigger wires

2. Straighten out the two safety pins.

3. Put the points up through the trigger bar, then through the cam lobes. Bend again once through the lobe to hold each in place.

4. Cut some of the material off of the thumb guards, which usually hold the pointy ends before you mangled the safety pin, and cut the pointy ends off after passing them through the lobes, leaving a bit of wire to maintain the shape of the bend.

5. Crimp the ends into a tight “U” and press them alongside the lobes.

6. For larger cams (.5 Black Diamond and bigger), I use one ~18” piece of #19 wire for each side of the cam and crimp the ends along the lobes as with the Alien repair.