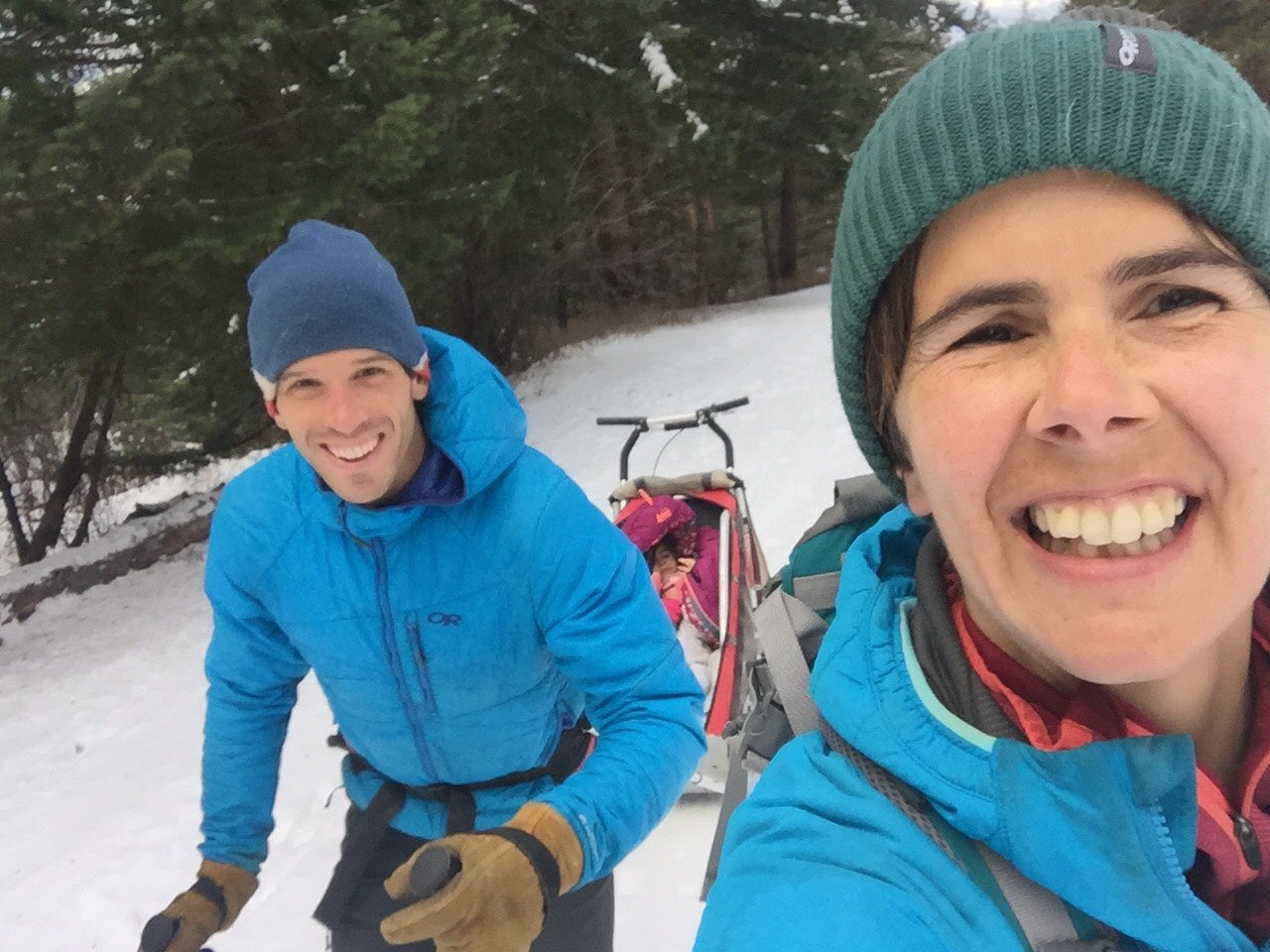 I don’t think Valentine’s Day deserves its bad reputation. Sure, it’s a commercial holiday, and yes it’s silly to run up credit card debt on diamonds or expensive dinners or whatever it is you’re “supposed” to buy your partner. But it doesn’t strike me as a bad thing to devote a day to telling people you love them—whether they’re people you’re sharing a home or a van or a tent with in a romantic way, or people you’re sharing a rope or a trail with in an adventure-partners way. (I am especially on board with heart-shaped boxes of assorted chocolates, and I will gladly provide a mailing address to anyone who would like to send me one.)

But I didn’t always feel this way. In my early 20s, a college boyfriend unceremoniously dumped me—via text!—just days before Valentine’s Day. I’d already requested the night off from my job waiting tables in hopes of spending it doing something romantic. Instead, I went to my normal yoga class, looking forward to an hour and fifteen minutes of blissed-out hot yoga to help me forget the humiliation of my recent breakup and focus instead on my killer abs. Instead, I found that my usual class had been replaced by a couples’ yoga class.

By the time I realized what I’d gotten myself into, I was too embarrassed to leave. Rather than make a scene by rolling up my mat and fleeing, I held back tears as we moved through our vinyasas. After the longest 75 minutes of my life, I retreated to my lonely apartment, where I watched a PBS special on Ernest Shackleton and fell asleep on the couch before my roommates got home from their dates.

That awful Valentine’s Day reminded me to cultivate friendships and partnerships that weren’t based on romantically fraught holidays. These days, my Valentine’s Days don’t require a day off work or fancy dinner plans. My husband, Bix, and I usually go for a run and get take-out; last year he tuned my skis and I bought us a new bike pump. He always gets me a heart-shaped box of chocolates—he’s a real catch. We like the holiday just fine, but it’s not that different from what we do the rest of the time, which got me thinking: How is everyone else doing it? And, more importantly, how do they make their partnerships, romantic and otherwise, work the other 364 days of the year—the days when heart-shaped boxes of chocolates aren’t on the table?

I asked around in hopes of finding the key to outdoorsy relationship bliss. Here’s the best advice I got. 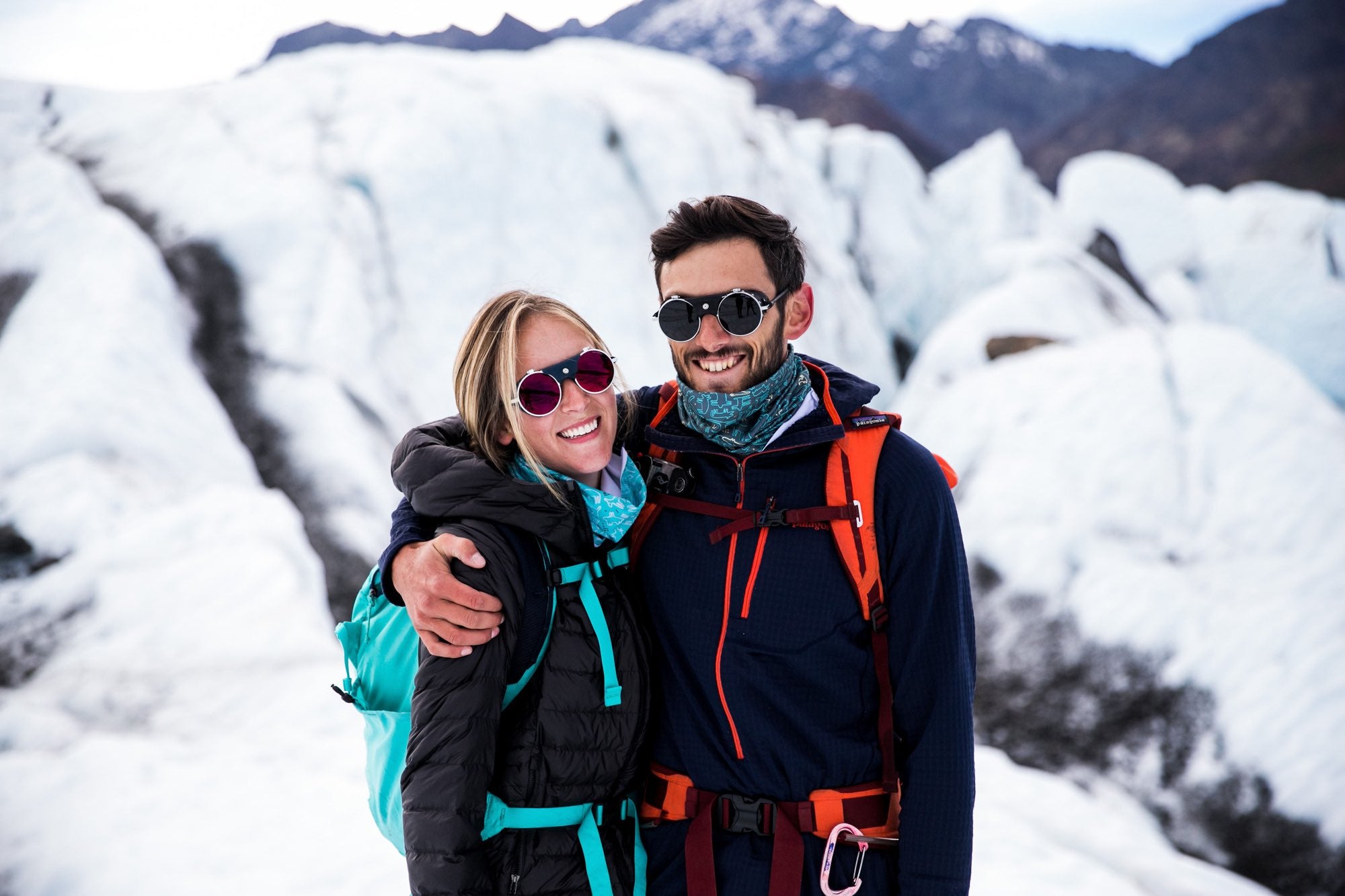 Know what not to do together

“I know a lot of power couples in the industry who collaborate on films and projects, but I try to work with other friends on those,” says writer, photographer, and producer Johnnie Gall. “[My husband] Marlin and I just work better romantically when we aren't putting that type of pressure on our relationship. We opt to be each other's biggest fans instead.”

Alpinist and filmmaker Graham Zimmerman’s wife Shannon is his primary adventure partner, but they don’t climb together. Instead, he says, they try new things together—like packrafting and bikepacking, which are things they’ve been able to learn together. “It’s been a really strong tool to improve our relationship,” he says. 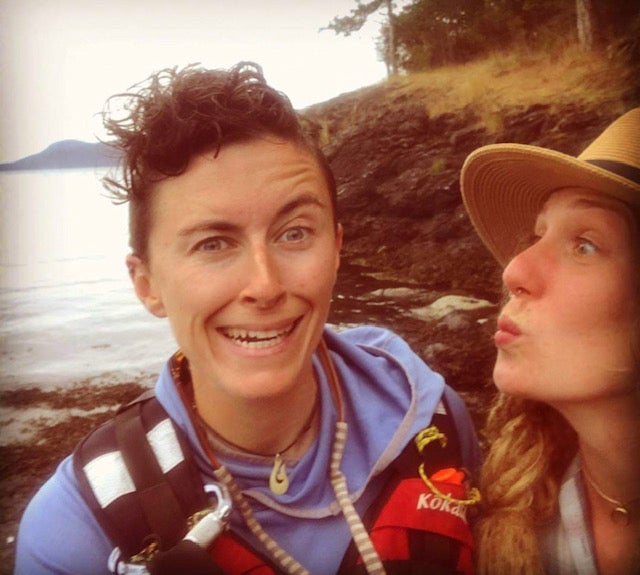 Remember how it feels to be totally new at something

If you don’t want your first outing with your partner to be your last, says OUT There Adventures founder and executive director Elyse Rylander, “let the words of encouragement flow freely.” Rylander says there’s nothing she wouldn’t try, from bungee jumping to eating bugs, with her partner, Emily—in part because Emily’s sense of humor puts everyone at ease. The most important thing about taking your partner out to do something new? “Remember it’s all about them in that moment, and not whatever your goals are,” she says. And follow it up with something you know they’ll enjoy, like a favorite meal. 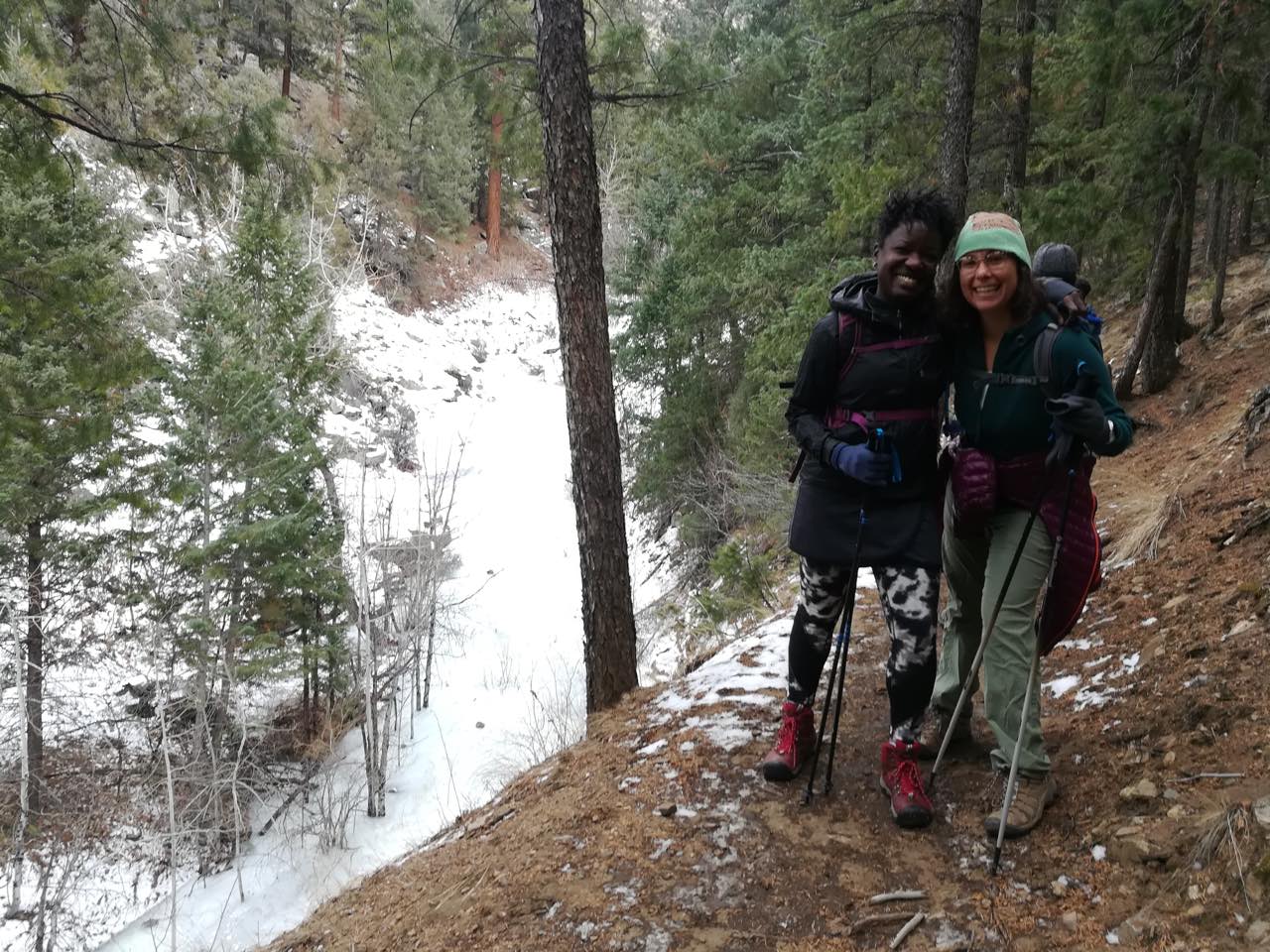 Advice columnist Dan Savage has long advocated for Leave No Trace principles in relationships—that is, leave people in better shape than you found them. Speaker and adventurer Kriste Peoples agrees. “Pack it in, pack it out,” she laughs. “You have to be willing to clean up your messes to make experiences you can recover from.” 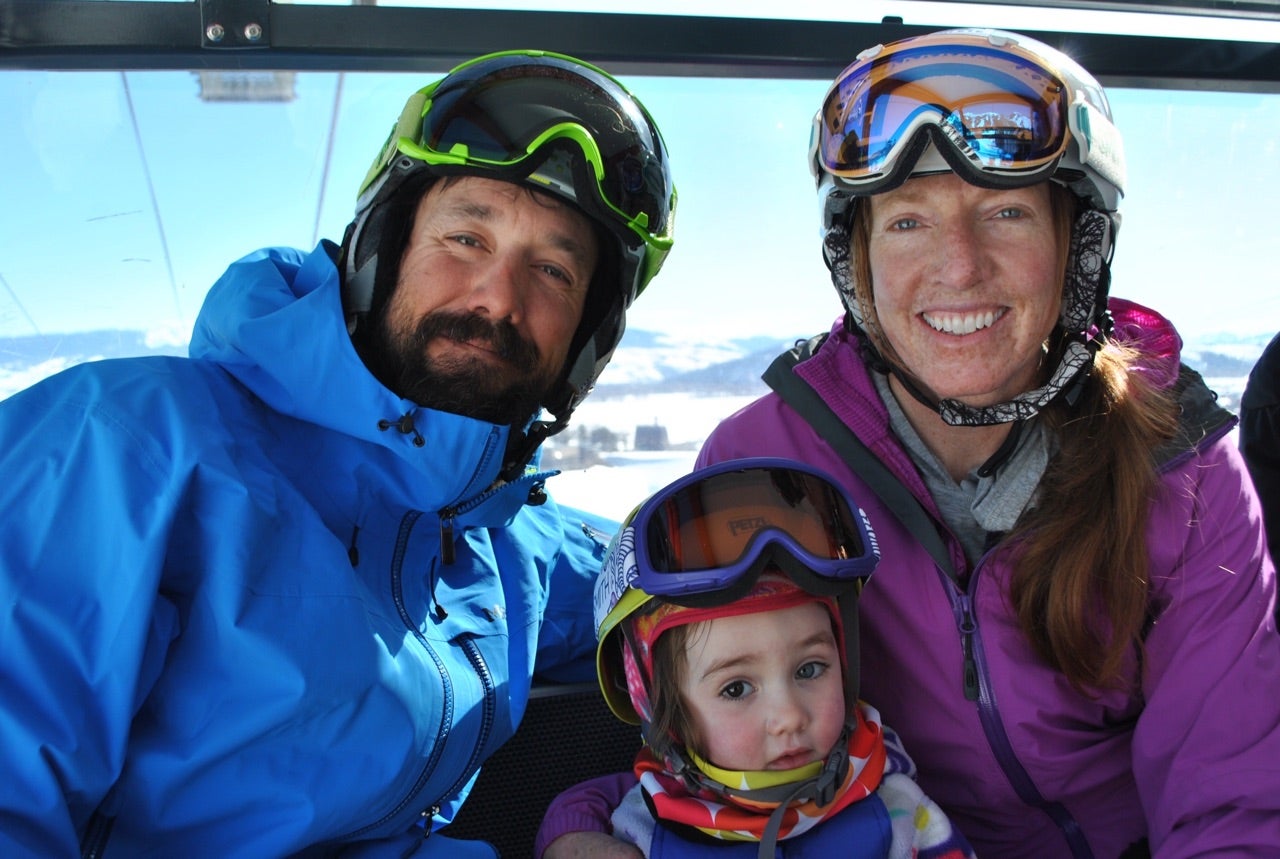 Ski guide Jessica Baker says it helps to remember that nobody’s perfect. Some things are deal-breakers, she says, but there are other things we just have to let go. “My standard of a clean bathroom may be different,” she says, “but my hubby keeps a kitchen spotless. ... You win some, you lose some.”

RELATED: Looking For Love In All The Outdoor Places

Alison Naney, an endurance runner who also runs a coaching business with her husband, Sam, agrees. “Someone told me once that a short memory is good to have,” she says. “In 30 years, will I care if his wallet and sunglasses were left on the counter (again)? That's a lot of wasted energy on something that really doesn't matter.” 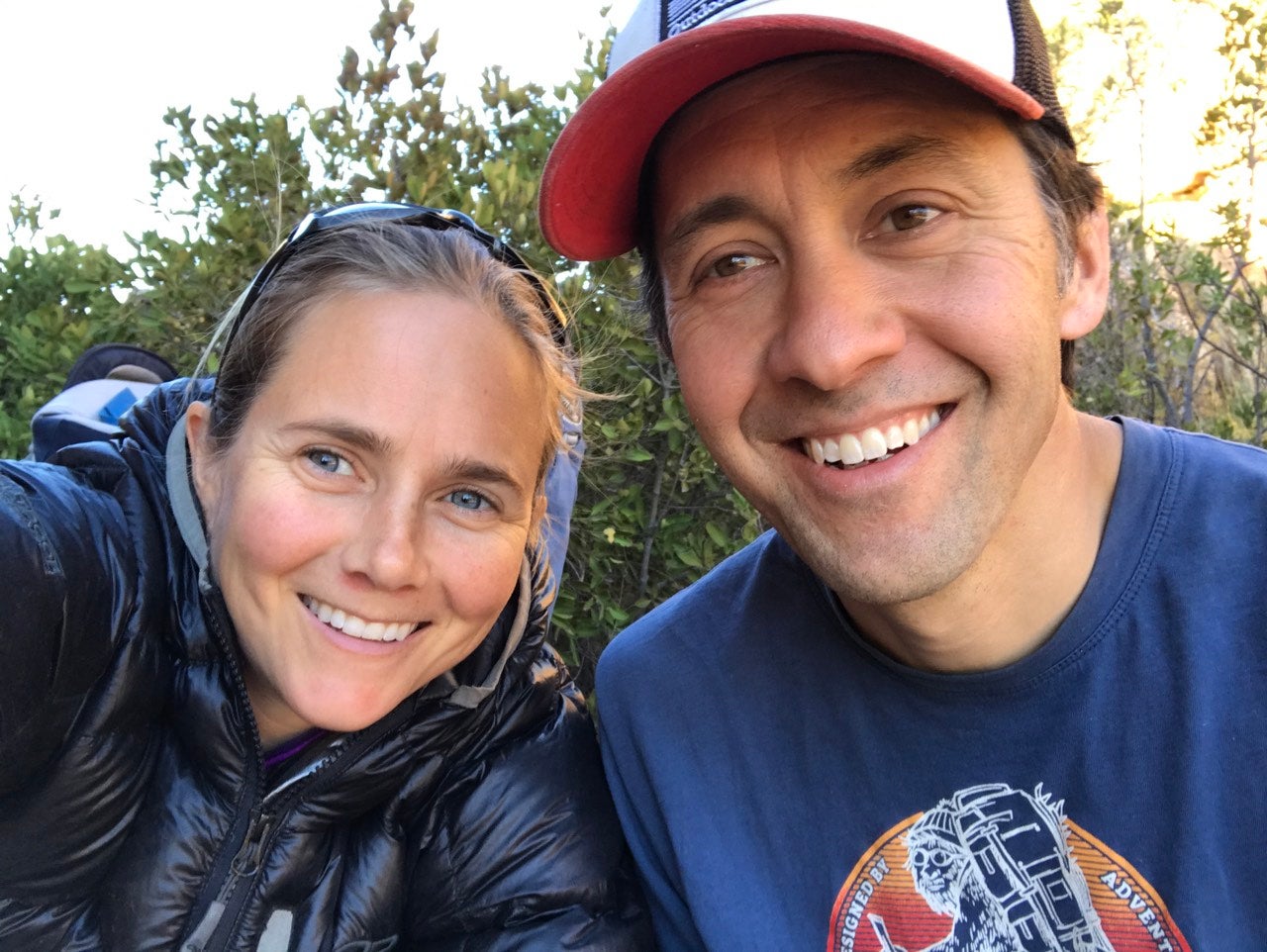 Meet in the middle

This is a big one for pro climber Beth Rodden and her husband, Randy. They don’t get to spend as much time climbing together as they used to since their son was born four years ago. Someone’s always on kiddo patrol, so when they do get out, it’s a compromise. She prefers morning climbs, while Randy’s more of a night owl. Instead of forcing one’s schedule upon the other, this couple makes a point of climbing during the middle of the day.

Willingness to compromise applies to Rodden’s other partnerships, too. “I’ve never been a person who likes something because it’s forced on me,” she explains. When she takes people climbing, Rodden says, “I want to show them how fun it can be, and the wonders around it. But if I make them do something, they’ll never discover that for themselves.” 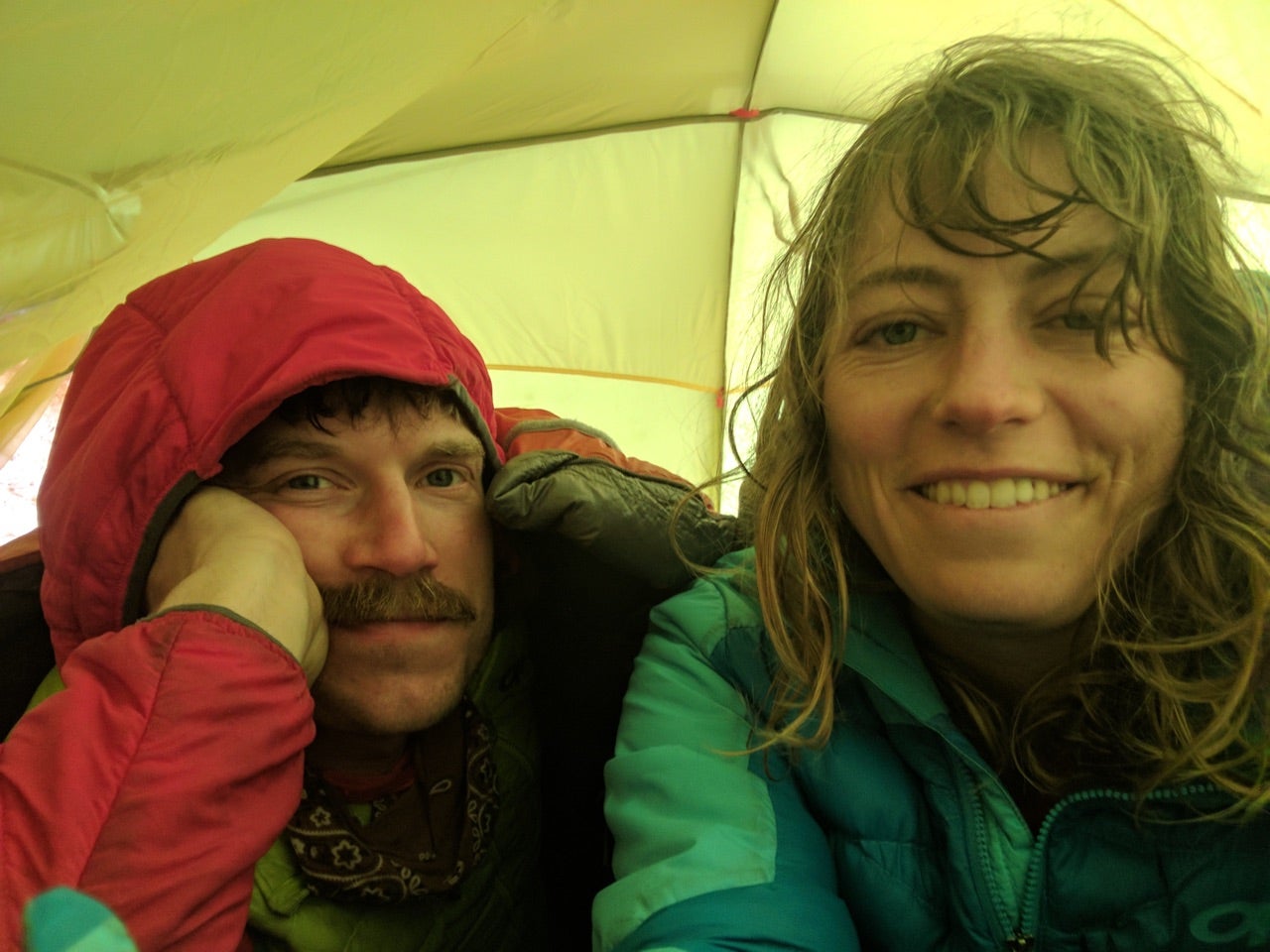 “Make sure everyone has plenty of food,” says Graham Zimmerman, who to this day believes Shannon was probably as close as she ever came to leaving him on a day he took her snowshoeing with nothing but a cold water bottle and a few handfuls of raw almonds. “I was really into living off fats and water in the backcountry,” he explains sheepishly. He has since learned his lesson about the very real phenomenon of hanger.

I also asked everyone what they were doing for Valentine’s Day this year. Answers ranged from “We don’t take V-Day seriously” to “Maybe dinner; it’s tough with a kiddo” to “Heli-skiing in the backcountry,” thereby confirming my suspicion that Valentine’s Day—though a perfectly good excuse to plow through a novelty box of chocolates—pales in comparison to a life well lived with those you love.