Ski Patrol Has An Inequality Problem 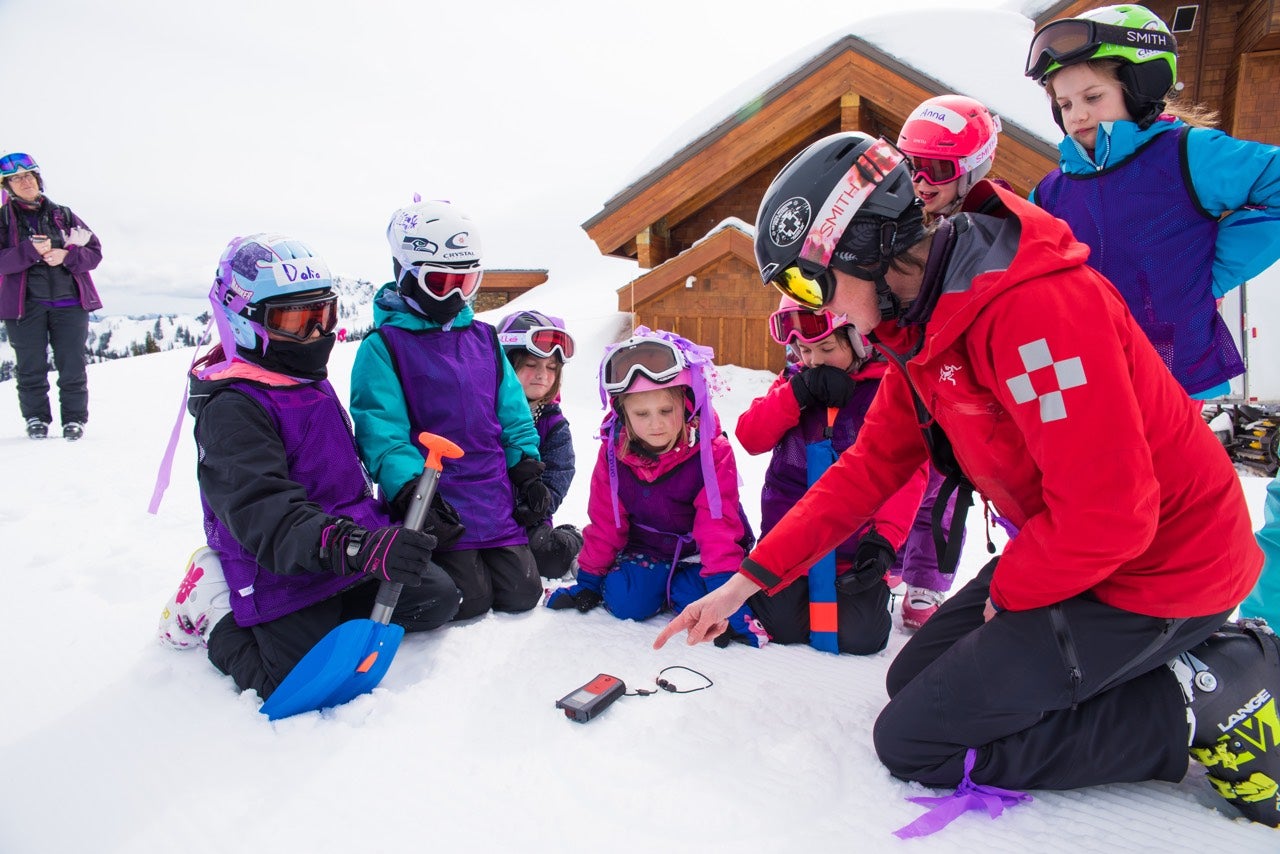 Kim Kircher is tall, she admits. But that’s not why she’s been mistaken for a man at Crystal Mountain over the years, she says—it’s because of the uniform she wore. The ski patrol uniform. “I can’t tell you how many times people said, ‘Hey, guy,’ and then when I turned around, said, ‘Whoa, you’re a chick!’” she says. And since most ski patrols have very few—if any—women, the assumption that a person in a ski patrol uniform must be a man is often correct.

The good news: That's changing. A few patrols are actively hiring more women, and to help more women become qualified and feel confident applying, Kircher—former ski patrol director at Crystal—also helped write a Junior Ski Patrol curriculum for the nonprofit SheJumps. A day camp for girls, the program teaches first aid, avalanche control and rescue techniques, snow science, toboggans, and other mountain safety skills. The goal of the progarm is twofold: 1) to help those young women realize that ski patrol isn’t just for men, and give them the skills and self assurance to pursue it, and 2) to shift the gender balance of ski patrols in general. In addition to the skills taught, the Junior Ski Patrol program purposefully promotes women patrollers as visible role models.

“I was very fortunate to have mentors; however, I didn't get to choose them, and they were all men,” says patroller Maddie Todd, who also works at Crystal Mountain and volunteers with the SheJumps Junior Ski Patrol program. “It would have been really beneficial to have female ski patrollers as mentors because they would be able to relate to a lot of my frustrations and help me through them.” 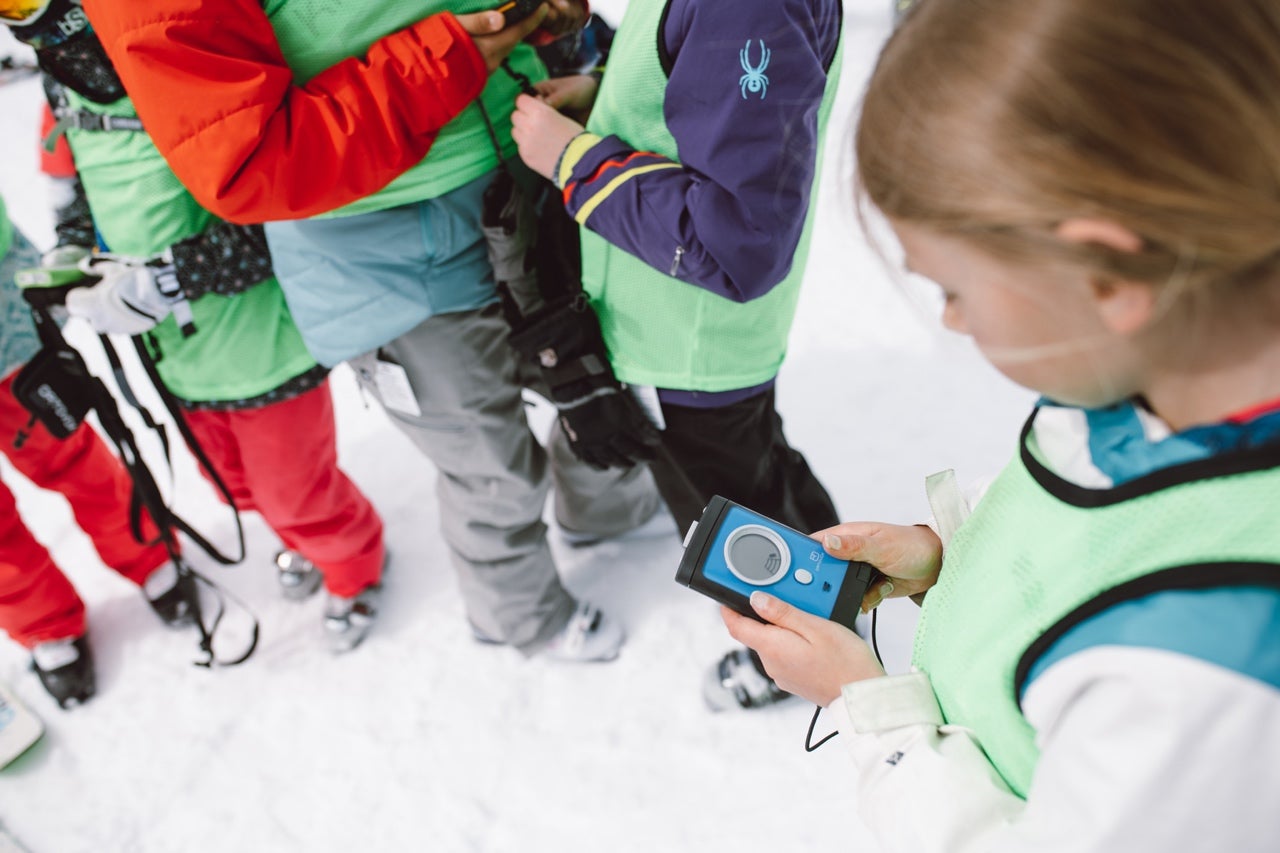 Crystal Mountain now has an unusually high ratio of women to men on staff, says Kircher—nearly 30 percent women. (For reference, Crystal patroller Michelle Anderson says when she goes on exchange to different resorts, she often finds only one or two women on a staff of 30 or 40.) Kircher credits Paul Baugher, longtime Crystal ski patrol director for the more balanced staff. And she says the culture of the patrol at Crystal has been markedly different because of it.

Having more women on ski patrol affects the general character of the staff itself as well as the experience of other skiers on the mountain, according to Kircher. For example, Kircher says having more women on patrol made the atmosphere less about being super tough. “Now it’s OK to be emotional, and to feel scared and sad,” she says. “We have lots of moments [working on ski patrol] that deserve tears. Administering help in an emergency is really difficult, and you can have post-traumatic stress disorder.”

Now, at Crystal, she says the staff is more apt to share difficult feelings, and deal with them in a healthier way—which is something that affects safety, too. “My mentor Paul always said women are safer,” Kircher says. “At the time I laughed. But when you look at the data of avalanche fatalities, groups that are all women are safer, and groups with women in them.” She adds that, anecdotally, when a woman is in a group and feels safe enough to express fear or emotion in the moment, it helps others feel able to speak up, too. Which can make all the difference in life-and-death situations like assessing avalanche terrain.

But along the road to more equal patrol staff, being the only woman—or one of very few—can still be difficult. Kircher points out that volunteer patrols, because they’re unpaid positions, often lack the human resources oversight that can help fight sexism in the workplace. That has allowed a boys’ club atmosphere to reign in a number of organizations, she says. 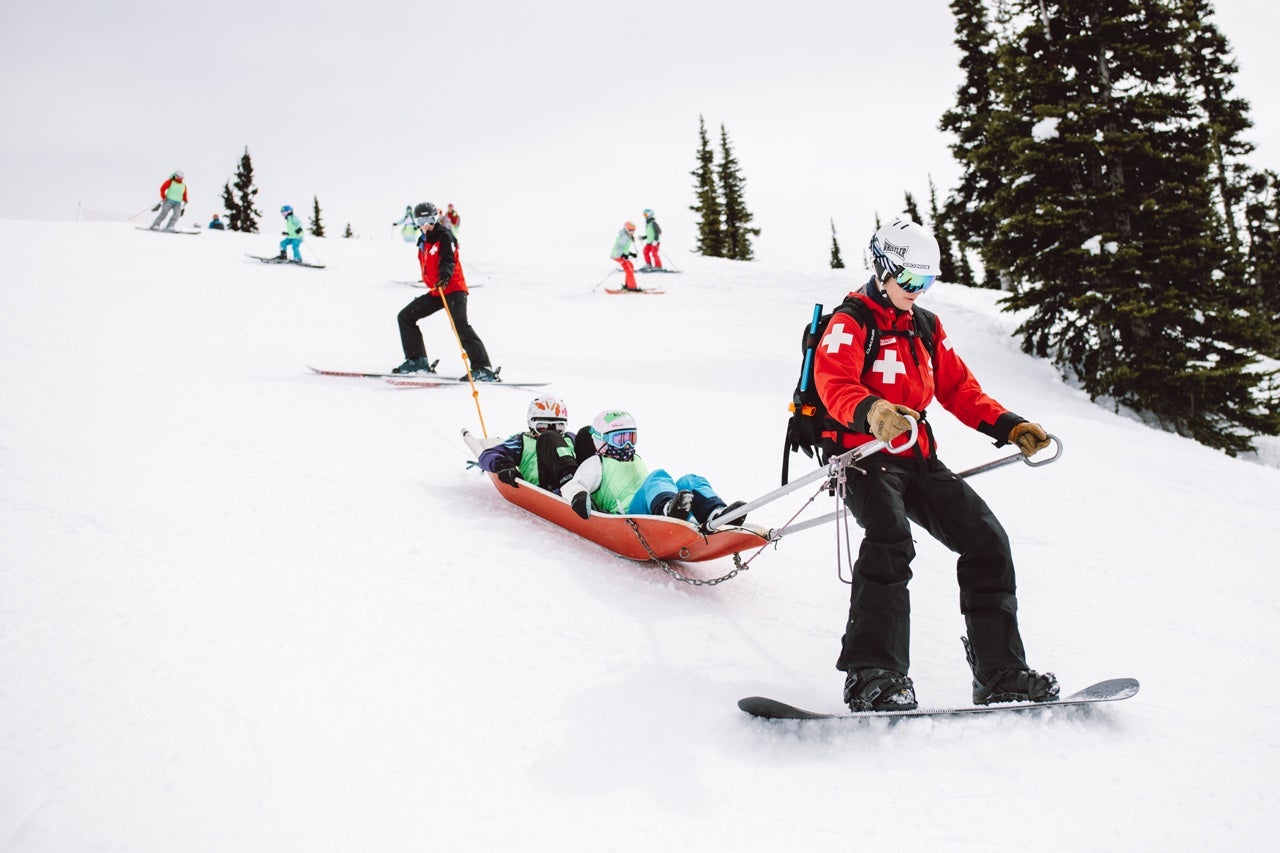 Women patrollers often face sexist attitudes and expectations from the public, too. Kircher recalls being called by a male co-worker to bring a tobogan to the scene of a gnarly accident—and then having the injured man ask, “Can’t you find a guy to bring me down? I can’t have a woman bring me down.” And when she did continue to evacuate him, he began to flirt. “How about I can just be your rescuer, without it being sexual either way?” says Kircher. “This guy couldn't see me as someone who could just help him out.”

For Kircher and other patrollers volunteering for the SheJumps Junior Ski Patrol programs, the answer to some of these issues is simply to normalize women on patrol, so that young girls see ski patrol as a career option just as young boys might, and women are treated with the same respect by both the staff and the public.

“I think it’s so important to increase the number of females in traditionally male-dominated professions,” Anderson says. “I wish I had seen more female ski patrollers when I was going through my training. I also wish that I had the opportunities that the SheJumps Wild Skills programming provides to school-aged girls—to be able to meet females in these outdoor professions. It just proves that any woman can do the same jobs that a man can do, no matter how physical or challenging they are. That is a very powerful thing to understand as a child.”

Outdoor Research is a proud partner of SheJumps.