To Skeg Or Not To Skeg…That Is The Question 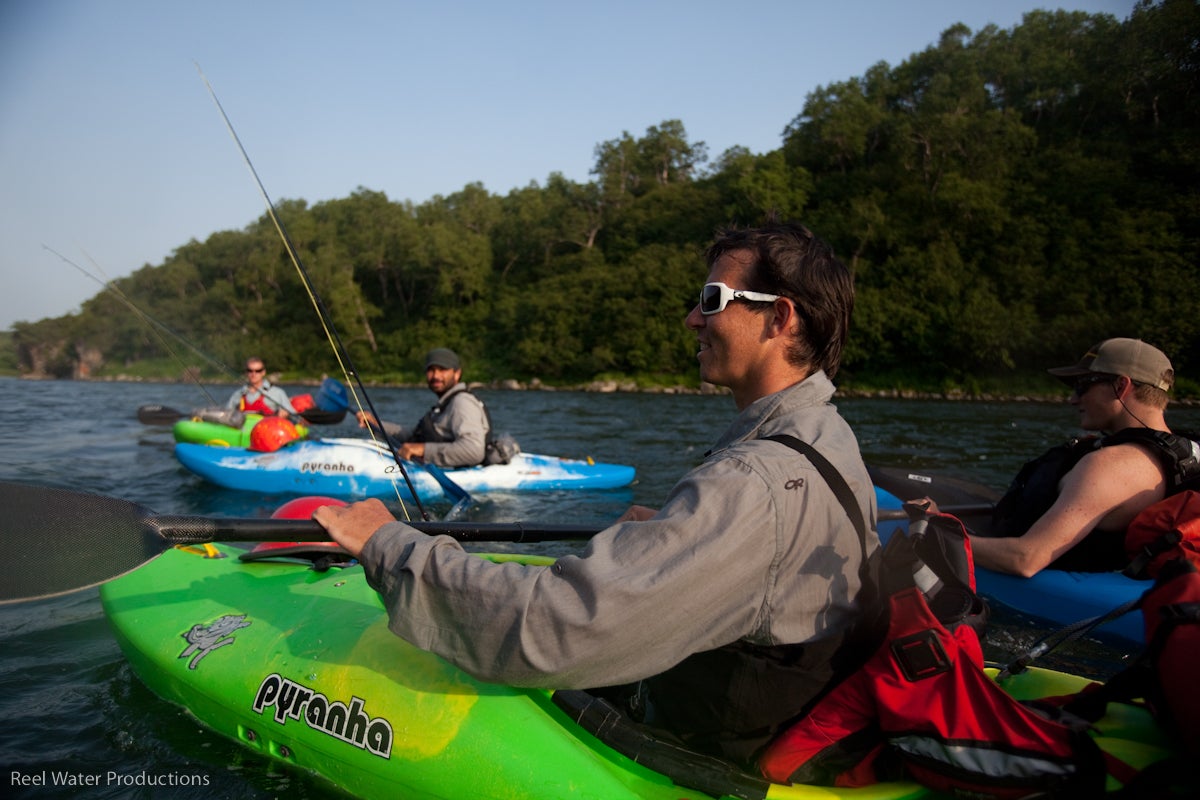 It can be a divisive issue: Paddlers are often vehement on the topic of skegs and rudders. Each side touts the necessity of their own particular system. But whether you lean one way or the other, it’s important to be familiar with the basic characteristics of both practices. Here’s a quick rundown of both, with a focus on skegs.

Skegs are used only to assist in the tracking of a kayak. In cross winds and following waves, you can deploy a skeg to help your kayak track straight. When the skeg is no longer needed, it can be raised back up inside the boat and has no effect on the performance of the kayak. Skegs are usually controlled by either a single length of cable on a slider system or a length of small-diameter cord and bungee on a spring locking system. Both systems are easily maintained in the field. The beauty of a skeg system is its simplicity.

Rudders can also be used to aid with tracking, but they’re also designed to help maneuver the kayak. If a kayak and a rudder are paired properly, you’ll see an increase in hull speed and efficiency due in part to the fact that fewer corrective strokes are needed. However, there are two downfalls of the rudder. First, kayaks designed for use with rudders usually work best with the rudder deployed at all times, encouraging the paddler to grow dependent on a mechanical system. Secondly, rudders have more complex moving parts, so they’re more susceptible to breakage.

Let’s say that you’ve chosen a kayak with a skeg. Excellent—you’ve made the choice for simplicity. You may sacrifice a bit of hull speed and efficiency, but in the end, it will make you a more versatile paddler. The next step is to get out on the water for a lesson. But what’s this? Every time you try to deploy your skeg, your instructor asks you to raise it back up. Why purchase a feature that adds, on average, $200 and two pounds of weight to your boat if you’re not supposed to use it? Believe it or not, instructors do have a reason for not permitting your skeg. They want you to become proficient with corrective strokes before allowing you the luxury of correcting your boat with a skeg. The bottom line is this: When learning to paddle, use your skeg as little as possible. In the long run, you’ll become a more confident kayaker.

So, when should you use your skeg? As you progress in your paddling skills, you’ll find that even though you can correct your course with some sweep strokes and a constant edge, it’s not necessarily enjoyable on a ten-mile paddle with a stiff cross wind. At the point when you can accurately and confidently control your kayak in both calm and adverse conditions, you’re ready to begin experimenting with your skeg. A skeg can be deployed in various increments, and the amount used determines the responsiveness of your boat to the particular conditions you’re paddling in.

Practice makes perfect. A few years ago, I was leading a trip off the Gulf Coast of Florida. During a short but windy crossing between Lulu Key and Round Key, one of my clients began having some trouble. This was her first time paddling in such windy conditions, and like most everyone else on the trip, she had deployed her skeg. Unlike the others, though, she was weathercocking, or turning upwind.  As you can imagine, this led to quite a bit of frustration. When I paddled over to assist her, we found a simple fix to the problem. She had fully deployed her skeg, which in calmer conditions would have made her track straight as an arrow. But because the winds were heavy, the fully deployed skeg kept her boat from responding to proper corrective strokes, so the strong wind kept turning her slightly off course. What was the solution? Raising the skeg until it was only about ¼ of the way deployed. Then the skeg helped lock the stern of the kayak in place, but still allowed the paddler to maintain course with some slight corrective strokes.

Each boat responds differently, so it’s important to experiment with various skeg positions in all types of conditions. Not only will you save energy and effort, but you’ll also more fully enjoy the thrill of rougher water. Remember to always be safe when putting yourself in challenging conditions by paddling with a group of kayakers whose skills and judgment you trust.