Which Is Worse, Avalanches Or Bears? 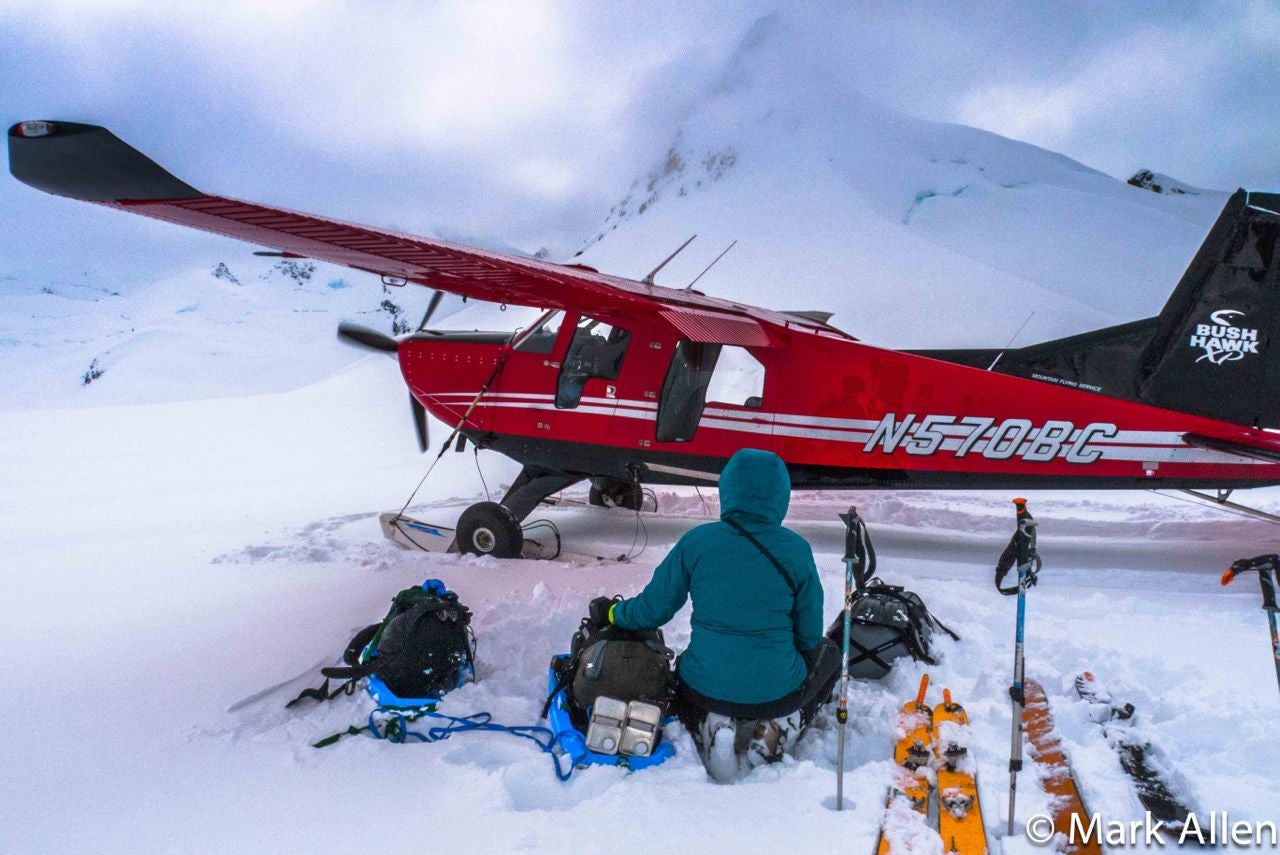 The storm was not letting up. Our pilot was not coming for us. And if Mark and I didn’t make our way out of the glaciered wilderness, up and over the passes of the Chilcats, through the bear-infested rainforest and down to the ocean we were going to die. Or at least get fired.

Ten days earlier, we’d chartered a plane in Haines for a romantic four-day vacation. We’d planned to ski pow, couloirs and peaks, eat fat and check out a few base camps in Glacier Bay National Park with roller duffles and day packs. A few days in this spot, a few days in that spot; ski plane, car camping.

Now, we were separated from Haines by twenty-plus miles, five glaciers, thirty avalanche paths, five creeks and one big river. We had one tortilla, one Tasty Bite, one packet of oatmeal and one can of tuna for what we hoped would be two twelve-hour days. We meticulously plotted our escape plan with our maps and compasses, and entered a dozen points into our GPS units. We packed camp into that silly roller duffle, stood it upright, took a waypoint, tied in, and skied away into the whiteout.

Twelve hours and 300 calories later, having strained our eyes in 30-foot visibility, dodged cliff bands and shushed passed ice falls, we made our way to the riverbed. The air was thick with oxygen, greenery, and something else…what was that smell?

We positioned ourselves to sleep that night based on how we wanted to be eaten. I decided to sleep with my head at the door of the tent so that I would die quickly if attacked. Mark decided to sleep with his feet at the door, risking a slower death for a chance to fight. Our slumber was interrupted a number of times by long, low, moaning growls. We’d sit straight up, hearts pounding, grabbing for one another’s hands only to hear the sound emit from Mark’s undernourished belly. His stomach was not happy on the past week’s 500-calories-a-day ration. We drifted back off to sleep until my belly woke us in terror an hour or so later.

The second morning of our escape began with a shared oatmeal packet and ended with a can of tuna. We snowsaw-macheted through miles of devils club, tromped over yards of brush alder, sloshed through mud three feet deep. The epic-requisite emotional breakdown came around 3 p.m. when I collapsed into a pile of my thorn-laden softshell self. Too worked to cry, I pleaded for calories. “If we don’t eat that tuna right now…” “We can’t eat the tuna. I’m not carrying a smelly tuna can around.” “If you don’t open that can, I will kill you. Do you want to die by bear or by girlfriend?” We ate the tuna.

With the very last of our stoke, we made it to the west bank of the Chilcat river. The one remaining bar of sat phone battery power summoned our valiant friend Eric Forster, who met us with a canoe, two snickers bars and a huge smile. “How was plan B, dudes?!” Epic.