Why Beth Rodden’s FA Of The Optimist Still Matters Today 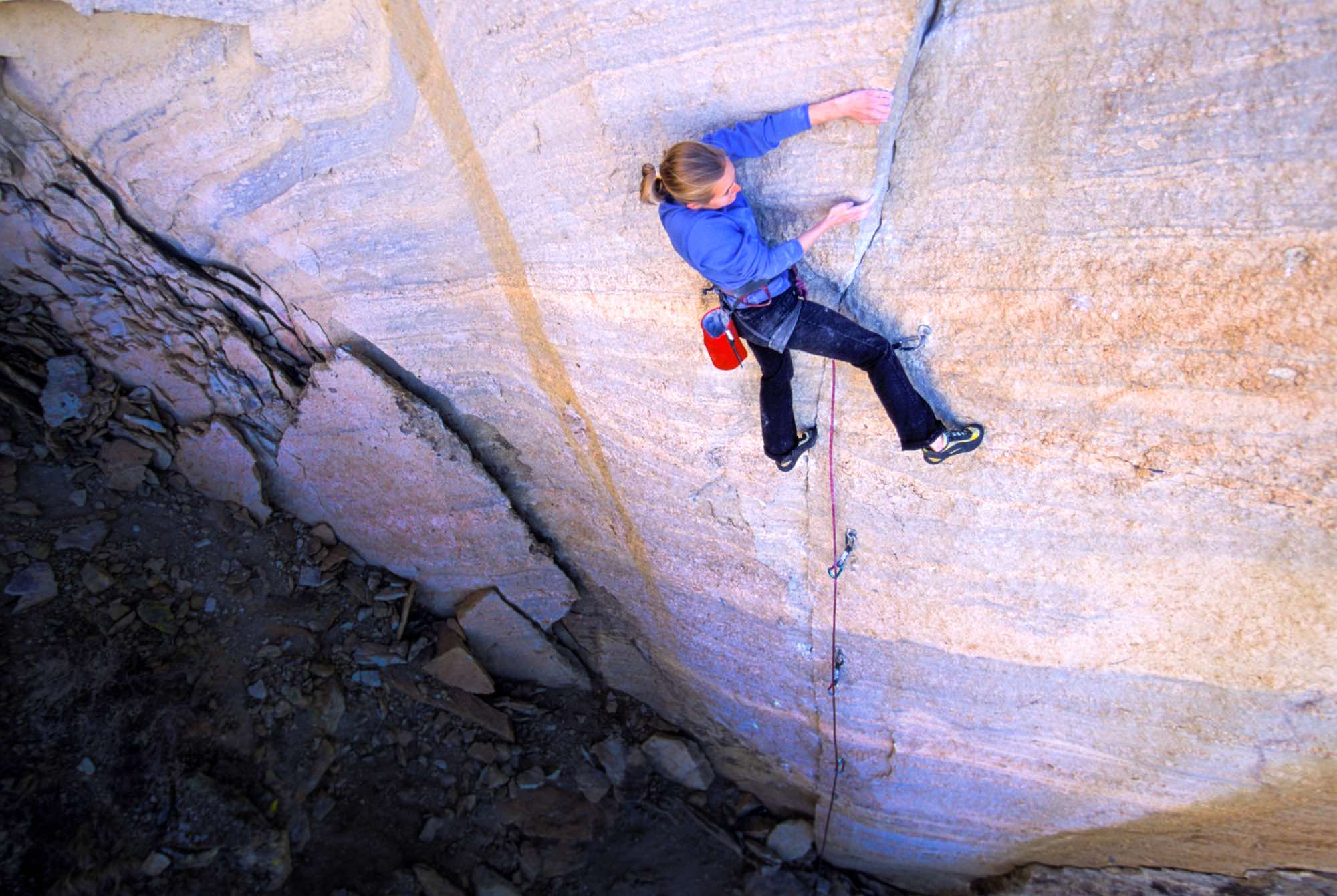 What makes Beth Rodden’s first ascent of The Optimist, 5.14b, still stand out today—more than a decade later? Two things: What it did for her, and what it did for other climbers.

When Beth first looked at the line—the first pitch of a former aid route at Smith Rock called The Great Roof—it was the striking seam and the quiet, peaceful surroundings that immediately drew her in. With a boot cast on her broken foot, she jumarred up the route to have a closer look. Would it go free? She was ready to put in the work to find out.

The next fall, out of the cast, she came back to commit to what would be the hardest route established by a woman at the time. And while Beth didn’t aim for the first ascent for history’s sake, it became part of a groundswell of hard first ascents by women. Only a decade earlier, in 1993, Lynn Hill had free climbed the Nose on El Capitan, being the first person—woman or man—to do so. In the intervening years, women kept pushing the realm of possibility, and Beth’s first big project would put her at the forefront.

For about two months, Beth applied herself to the route. “In the beginning, it was hard to fully immerse myself,” she says. It was the first time Beth had taken on a project of that scale, and it required a new mental outlook. “Once I accepted that and broke it down, seeing it wasn’t about just doing it right away, then it was OK,” she says. Some days that meant going home feeling like she’d made no progress—other days a single new foot move would carry her forward. You can watch her progress on Dosage Volume III by Sender Films/Big Up Productions.

Gradually Beth pieced together the sequences. On a blank, overhanging wall in the Marsupials area of Smith Rock, the route provided no holds to actually pull down on—only a pin-scarred fingertip-size seam and small alternating corners for sidepulls. The crux came right near the start, she says, where two opposing corners require changing from one to the other. It was three-dimensional climbing, where sheer finger strength would not be enough. “I really liked that type of climbing,” Beth says. “It’s more thought provoking.”

Throughout the process, Beth says, she liked the prospect of climbing a route nobody had ever done before—but not so much for the glory of the first ascent. “I’m my own harshest critic,” she says. “And it took the pressure off me, because it was just something I was doing myself. I couldn’t compare myself to someone else—it didn't bring out my comparative inner critic.” 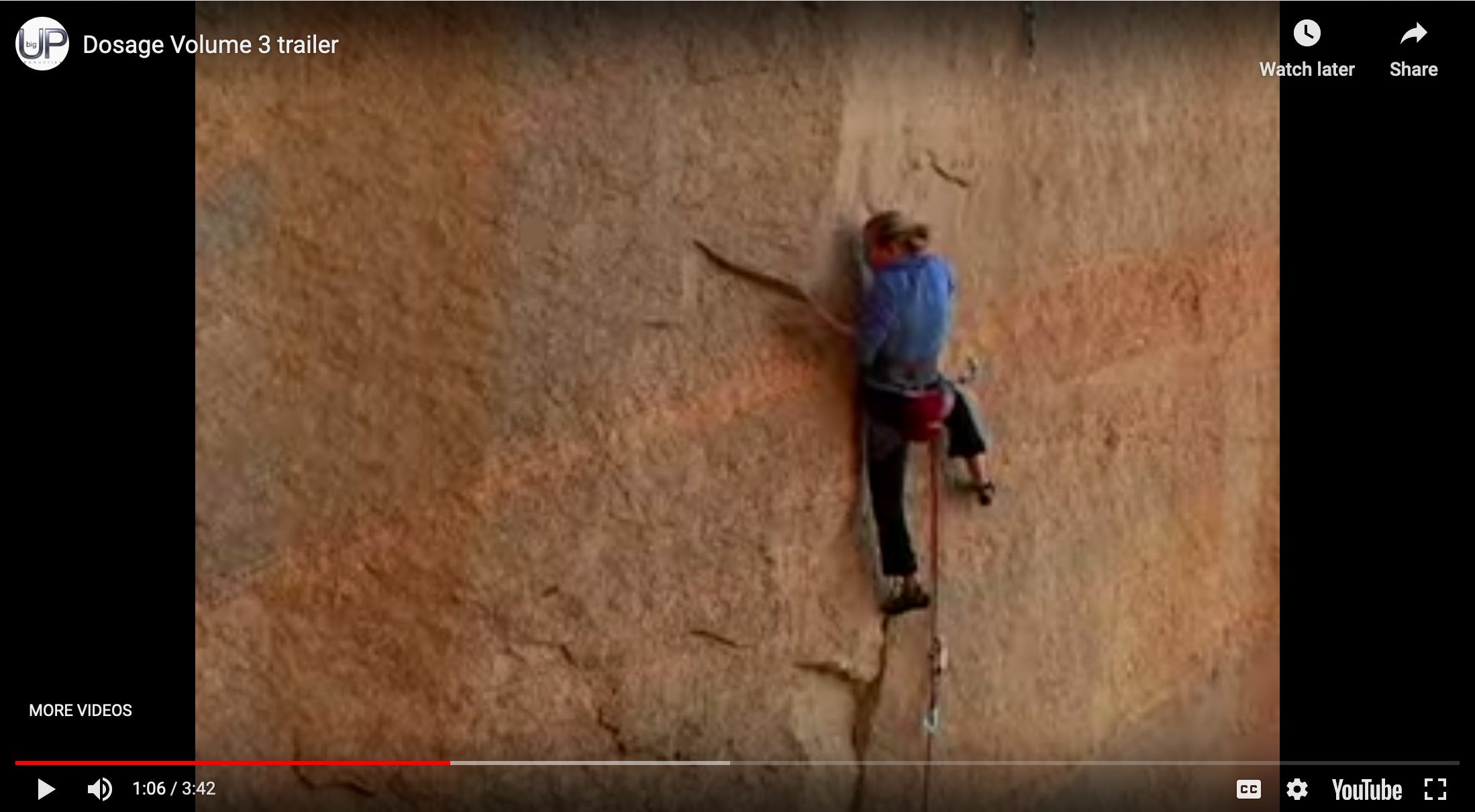 At the time, she applied what a friend had described as the “positive aspects of negative thinking,” by approaching the project assuming she probably couldn’t do it, so that if she did do it, she’d be pleasantly surprised. “I don't necessarily subscribe to that anymore,” she laughs. “There are good things about positive thinking.”

On camera in Dosage Volume III, she admits that at the beginning she could only do one out of every six moves and everything else seemed “totally out of reach.” But she kept working, and eventually began to believe she could actually do it.

When she finally redpointed the route, she called it The Optimist, and graded it at 5.14b. To this day, as far as this writer can find out, Sonnie Trotter has been the only one to repeat it, confirming The Optimist as one of the hardest crack climbs in the world.

The Optimist was a springboard for Beth’s climbing career as an individual, launching it on its own, apart from the climbs—like freeing Yosemite’s Lurking Fear—which she’d done with her husband at the time, Tommy Caldwell. It put Beth on the path to harder, longer projects—like Meltdown, the 5.14c trad climb Beth established over the course of 40 days, which became the hardest pitch in Yosemite at the time. It remained unrepeated for more than a decade before Carlo Traversi finally redpointed the route in 2018, reaffirming its grade and status as one of the most difficult crack climbs in the world. 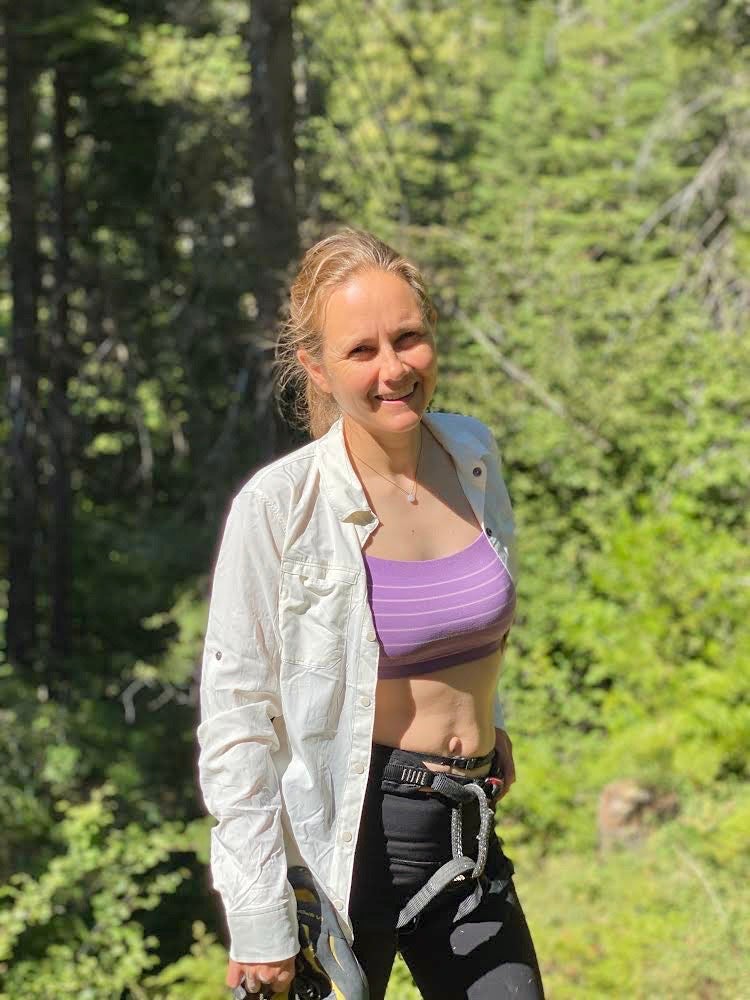 Through projecting The Optimist, Beth learned the power of taking “baby steps,” and the potential in working through a slow process to accomplish something she might not be able to do immediately. Through that hard work, Beth added a stepping stone for other women who would follow in her footsteps. When Outside Magazine declared 2017 “The Year of Women’s Climbing,” following the first 5.15a climbed by a woman and the first 5.15a first ascent by a woman, climbers pointed to the role models whose shoulders the younger climbers stand on. Whether it ever entered her mind, Beth’s grit and determination to find out what she was capable of did more than add a 5.14b first ascent to her own resume. It forged the space for others to follow in her footsteps, each pressing further into their own unknown.

This year, we’re proud to introduce a new product in homage to Beth’s trailblazing ascent: The Women’s Optimist Sun Shirts. Lightweight and breathable, with a UPF 30 rating, the short-sleeved, long-sleeved and hoodie versions are all designed to keep you cool, dry and protected for long days of work on your hardest projects. Inspired by the climbing conditions at Smith Rock and by Beth's tenacious projecting, the Optimist Sun Shirts celebrate a monumental ascent by offering you comfort and protection on your own ascents.